A retail worker who has experienced working in seven different shops in the space of just four years has revealed the pros and cons of each job.

The man, from the UK, who goes by the acronym @atd2310 on TikTok, starts off by discussing the two months he spent working at Argos. 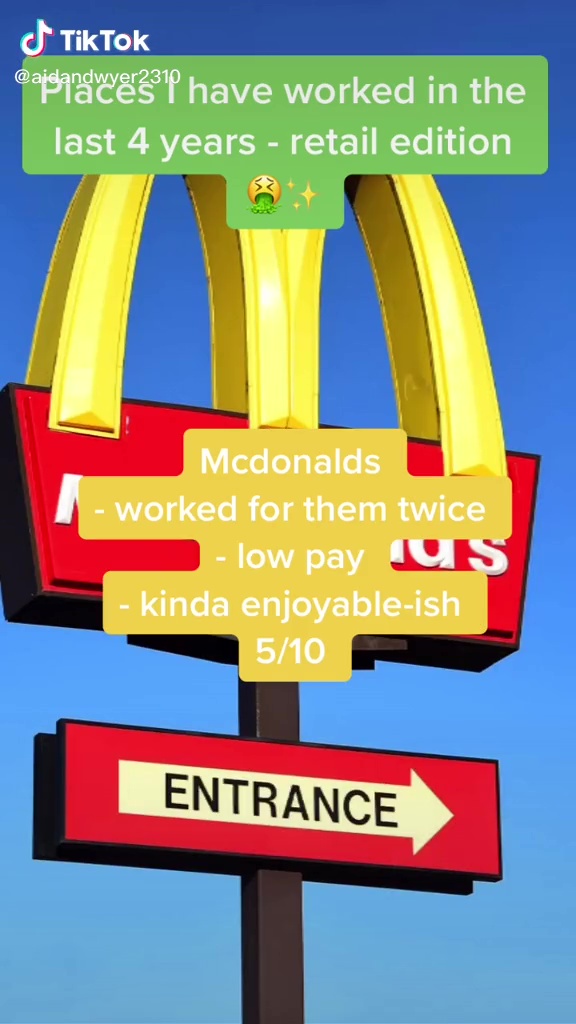 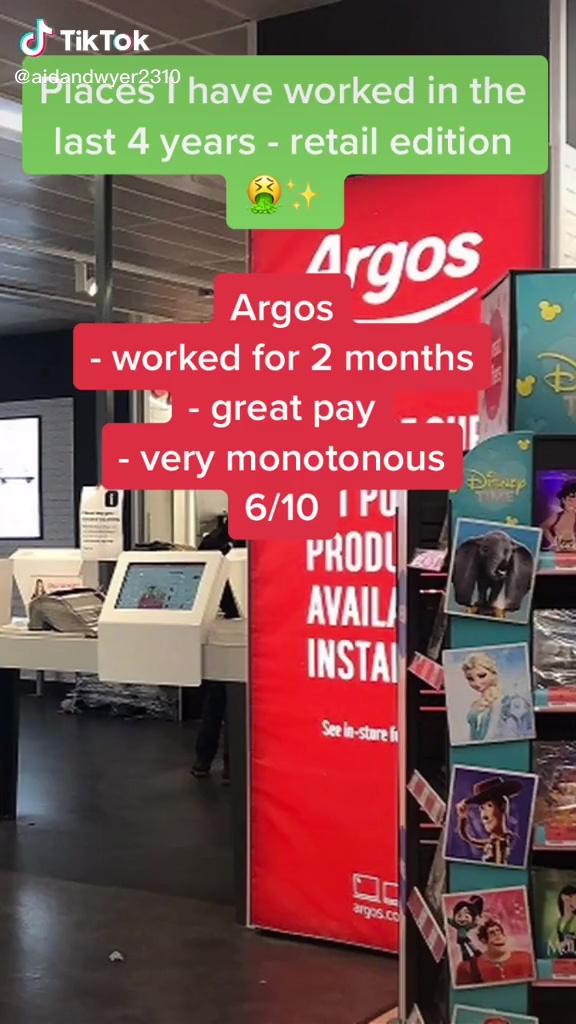 Despite praising the store for its "great pay," he reveals that his day-to-day job was very monotonous, before rating it 6/10.

He then moves onto his experience at McDonalds, where he worked on just two occasions.

The retail worker goes on to reveal that Wilko is his least favourite place he's worked. 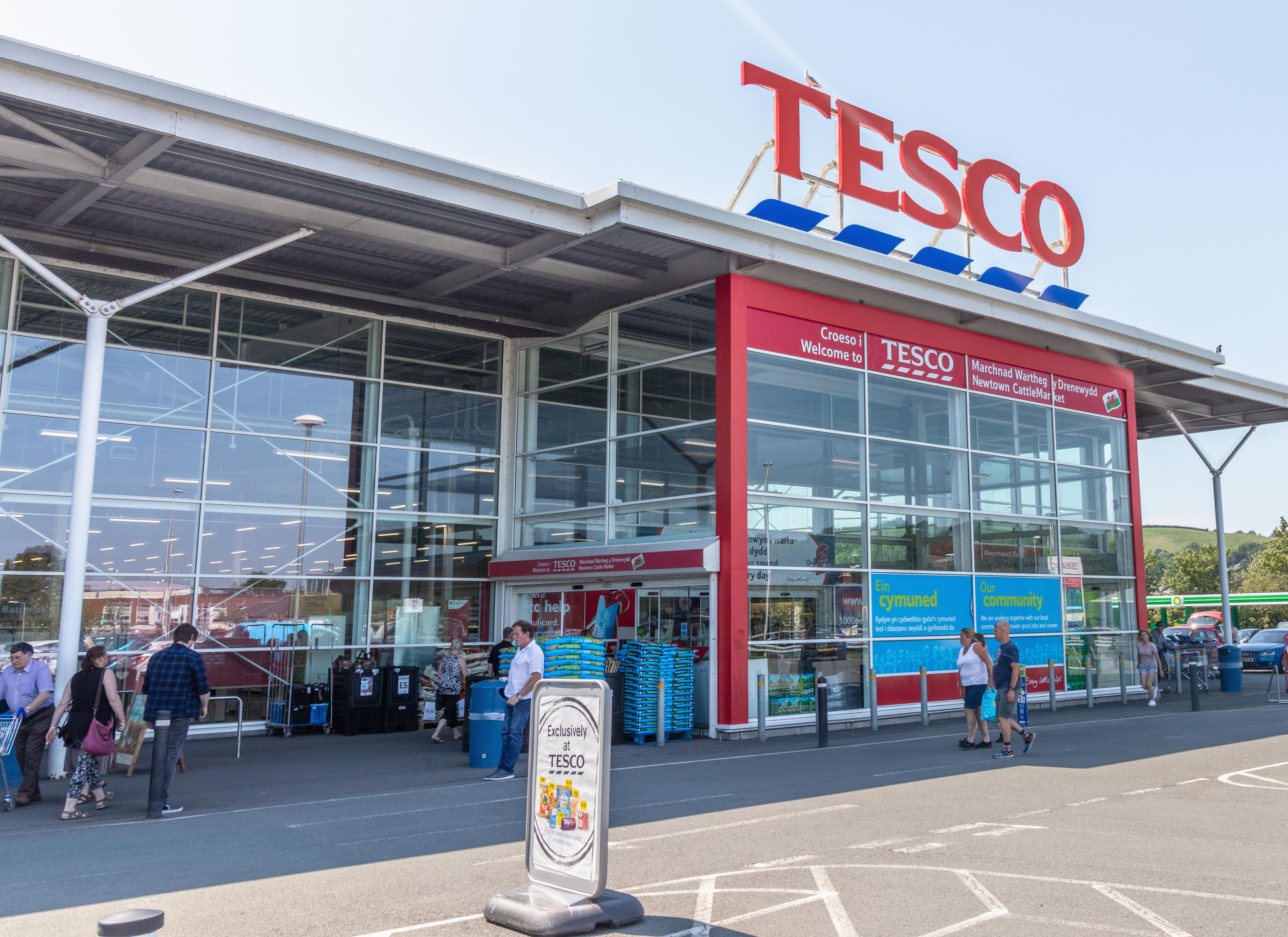 Rating his time there just 1/10, he says he worked for them twice and quit twice.

Next up in the firing line is Sainsburys.

He claims that during his time there, he received very low pay and experienced poor communication with management – before revealing he actually walked out after just four weeks.

Not finished there, he goes on to tell his social media followers that his first ever job was at B&Q.

He claims the store had "clear favouritism with many workers being related," but on a positive note, praises the "great pay" he received considering he was 16-years-old at the time.

But while he may have only worked for some of the retailers twice, he reveals that he stuck out his job at the Coop for 21 months.

"Fab pay" and "most lovely staff," he praises.

However, he goes on to brand the job "monotonous" and claims he received "horrendous abuse from customers."

Finally, he discusses his time working at Asda.

Harry & Meghan should be stripped of titles by Queen, says Donald Trump

He notes that he received "great pay" and admits the job is "okay," but alleges there are some very rude supervisors.

Despite this, he gives the store his highest rating of 7/10. 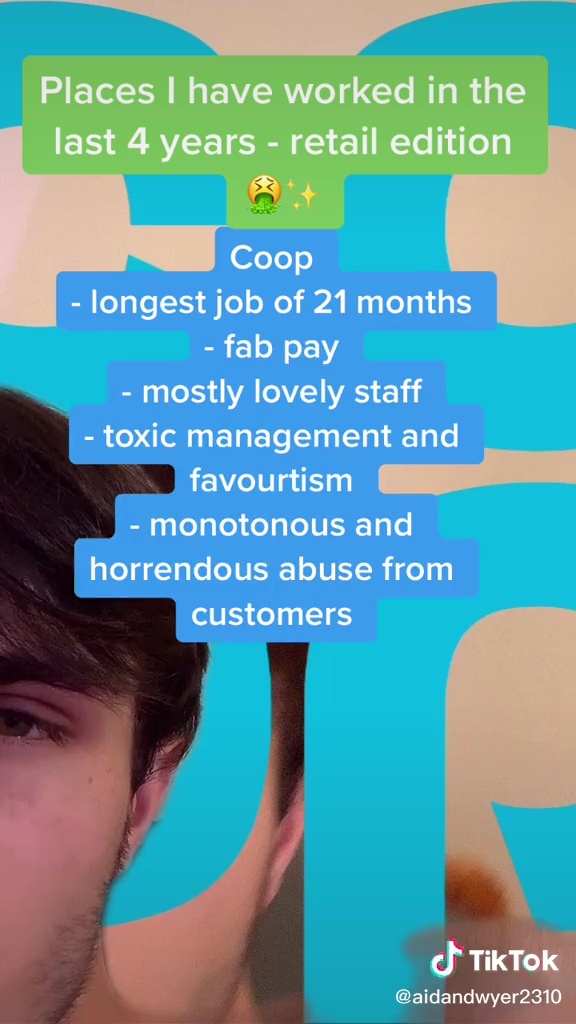 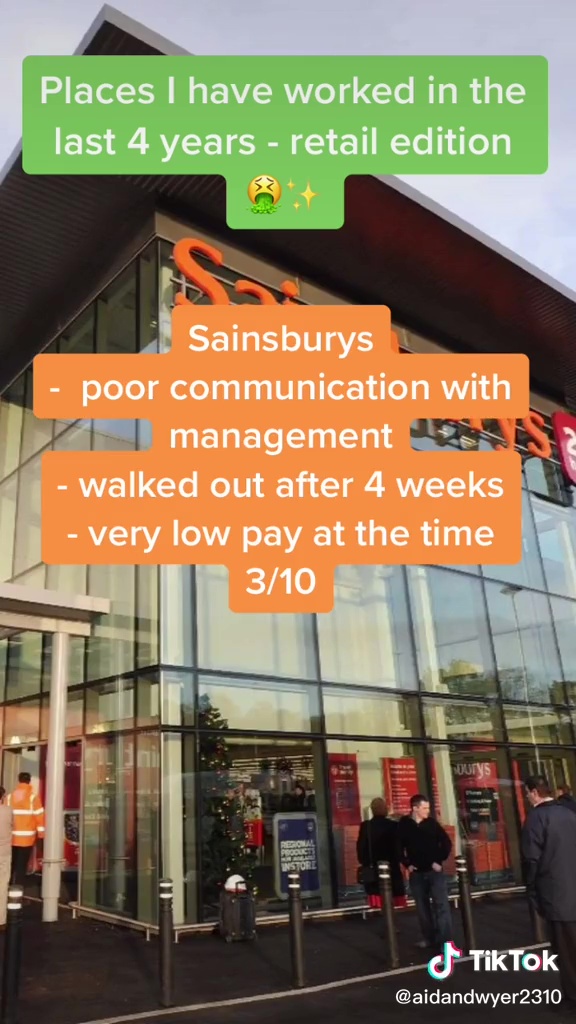