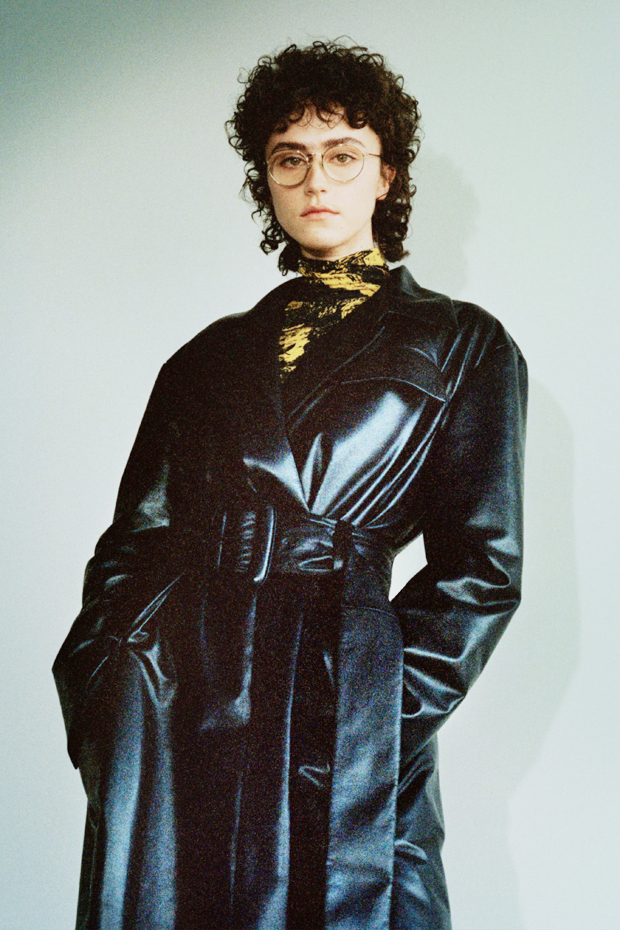 The show served as the first haute couture show for Balenciaga since 1967, per The Cut, when founder Cristóbal Balenciaga left the industry, marking an impressive booking for the daughter of the vice president and second gentleman of the United States. A momentous occasion calls for a momentous guest list: Kanye West, Anna Wintour, Bella Hadid, and Salma Hayek were among those in the audience as Ella, 22, strutted down the runway.

The model’s Parisian debut comes after she made her debut at New York Fashion Week in February, making a surprise appearance at the Proenza Schouler show. The Parsons School of Design graduate modeled three looks at the Parrish Art Museum, including a stylish leather trench.

In a recorded conversation with Proenza Schouler designers Jack McCollough and Lazaro Hernandez, she detailed her pre-show jitters. “I definitely lost a little sleep the night before,” she said. “I mean I’m walking for the first time, I’m in a professional environment for the first time… It was a very epic first experience with the fashion world.”

Ella became a breakout star earlier this year during the inauguration of her stepmom and Joe Biden as vice president and president of the U.S., turning heads with her Miu Miu coat. Following the breakout moment, she signed with IMG Models, the prestigious firm that also reps Gigi Hadid, Gisele Bündchen, and Barbara Palvin.

Last month, Ella made her debut in Vogue and rocked a mullet, explaining that she is drawn to that “ugly-chic look.” She told the magazine “I feel like in the past, the mullet was deemed unattractive and kind of odd, and I’m really drawn to that almost ugly-chic look.” Ella added of the mullet, styled by Masami Hosono, “The more you have this style, the more you want to push the limits of how mullet-y you can get it.”