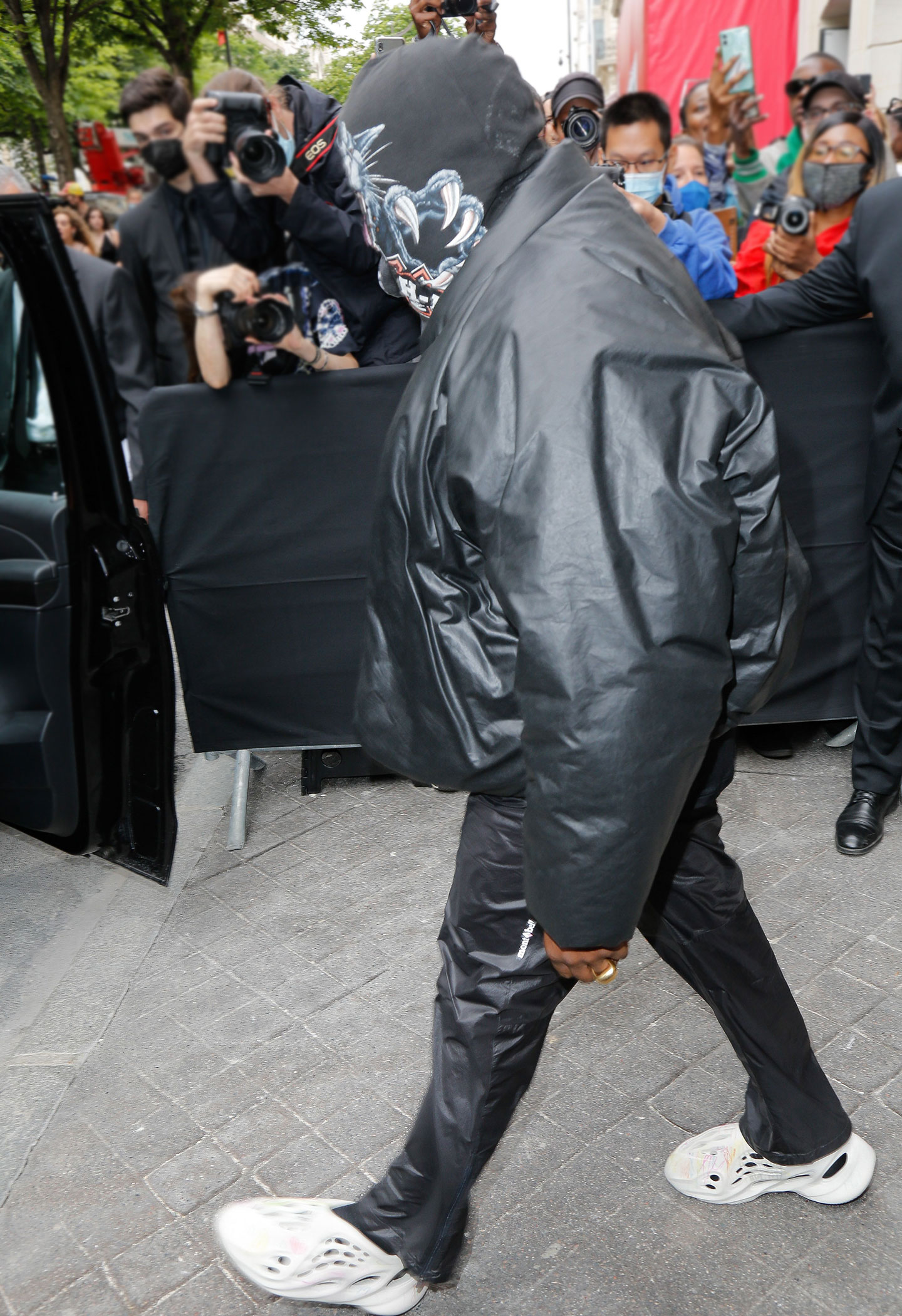 Style statement! Kanye West is not one to shy away from a risk in the fashion department, but his most recent look may just be his most, erm, interesting, one yet.

While attending Balenciaga’s 50th Couture Collection show in Paris on Wednesday, July 7, the 44-year-old rapper stepped out in a black cat-print mask that covered his entire face and neck. There were tiny holes for his eyes, nose and mouth, but other than that, his face was kept in disguise.

And he wasn’t just covering up while walking the streets of Paris — he kept the ski-style mask on for the entire duration of the show.

His face was hidden while chatting it up with Bella Hadid, talking with Khloé Kardashian’s ex-boyfriend James Harden and even speaking with the brand’s creative director, Demna Gvasalia.

To no surprise, Twitter had a field day with the statement-making fashion choice, sharing every quippy line and meme under the sun, many noting that West looked straight out of a comic book.

See What the Stars Wore to the 2021 Cannes Film Festival

“Kanye West walking around everywhere like a supervillain with that mask lol,” one person wrote. Another added: “Kanye West wearing a mask … spiderman wannabe.”

The covering may have attracted the most eyes, but eagle-eyed fans didn’t let the rest of West’s outfit fly under the radar either. There was the plain black hoodie, track pants and Nike socks, sure.

But, he also made a point to carry a piece of his kids North, Saint, Chicago and Psalm with him. Not only did he wear a gold chain that said “SAINT,” but he also rocked a pair of custom Yeezy Foam Runner drawn on by his children.

Fashion lovers also noted that the singer appeared to be wearing a new item from his YZY x GAP collaboration.

Another Day, Another Pic Proving North West Is More Stylish Than We’ll Ever Be

The “Gold Digger” singer previously launched a $200 blue puffer coat from his collection on June 8, his birthday. The “Round Jacket,” which is made from recycled nylon material, does not feature any buttons, zippers, pockets or snaps.

And — you guessed it — the black coat West wore to Paris Fashion Week has a nearly identical design. The only difference appears to be the color way.

“Only Kanye West can pull up to a Balenciaga Haute Couture show in a Gap YzY Puffer Coat,” one person laughed.

The other similarity between the blue and black coats is the face coverings worn during their debut. Prior to releasing the “Round Jacket,” West stepped out in Los Angeles wearing a religious-themed face covering while wearing the coat.