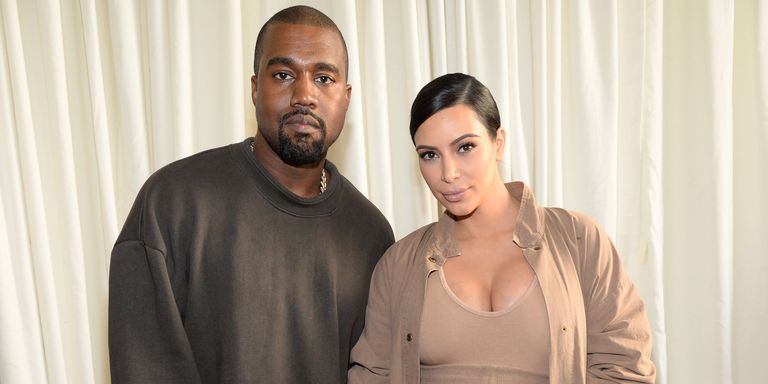 Though he’s been busy releasing new music for the past few weeks, Kanye West has been on his design hustle, too. Last night, the rapper-turned-designer debuted a new campaign for his Yeezy 500 Supermoon sneaker campaign on Twitter, and it turned heads to say the least.

The shots feature a diverse roster of models wearing West’s new footwear, along with other Yeezy pieces like sports bras, leggings, and sweatshirts. But a few models really wore nothing but the shoe. One of them included adult-film actress Lela Star (who has an uncanny resemblance to West’s wife, Kim Kardashian).

The campaign was photographed by Eli Linnetz (who shot the 2017 Kardashian Christmas card). He shared another revealing angle from the shoot.

The Clermont twins also made an appearance, wearing only the Supermoon sneakers, socks, and biker shorts.

There was also this faceless model, who posed topless but sported grey shorts, Calabasas socks, and Yeezy kicks.

Not all models were nude. Some wore Yeezy’s signature oversized sweaters and biker shorts (à la Kim Kardashian), others even sported jeans.

The roster also included younger-looking models, including a child.

This isn’t the first time Kanye has launched a new campaign on social media. For his recent collections, Kim has worn his design in public and shared the paparazzi photos online to debut the clothes. He also enlisted other models including Paris Hilton, Amina Blue, and Sami Miro to pose as Kim lookalikes for the shots, resulting in a full-on social media swarm.