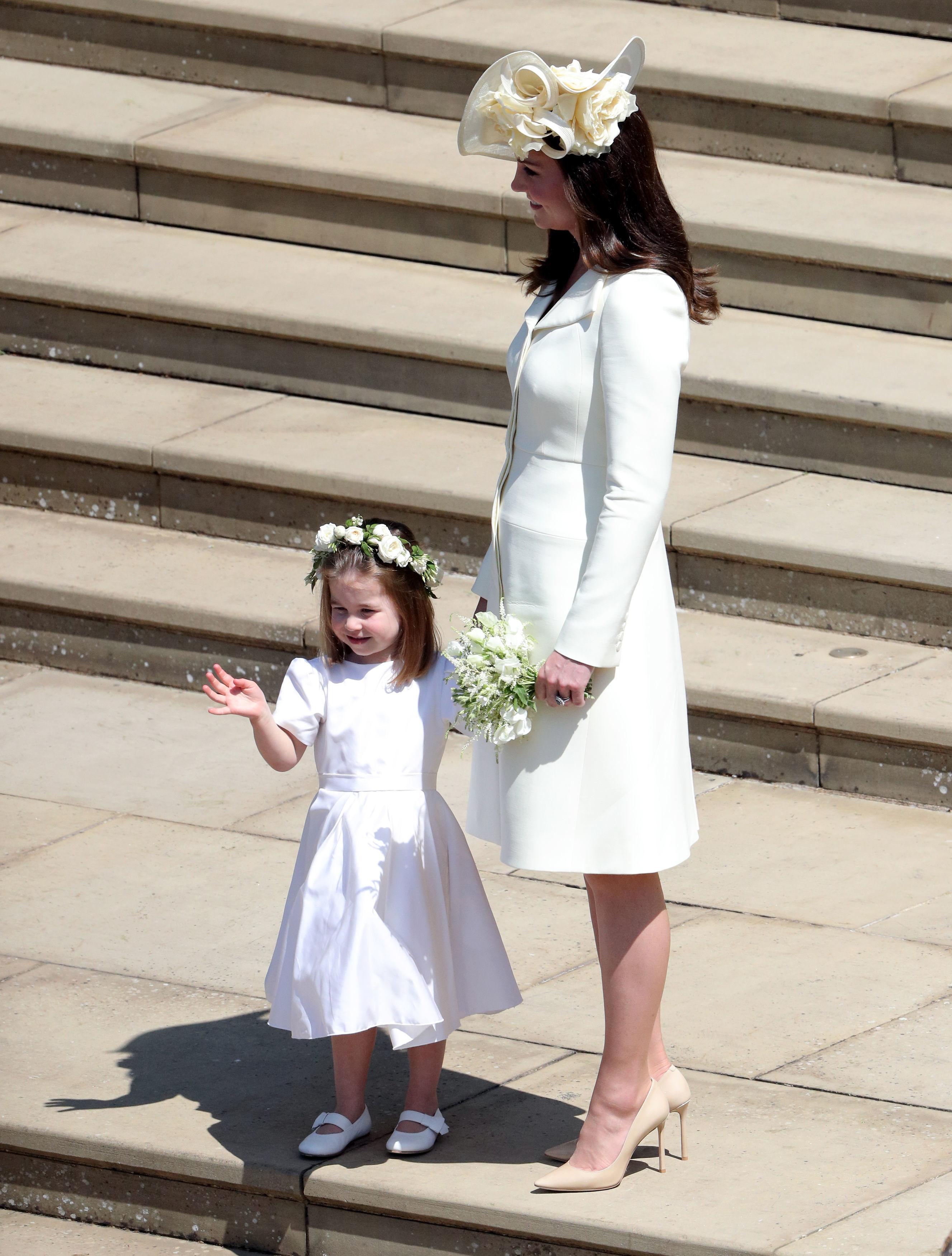 Kate wore it to Princess Charlotte's christening in 2015, Trooping the Colour in 2016 and to an event marking the 100th anniversary of the Battle of Passchendaele on July 30, 2017 in Belgium.

She completed her look with a pair of Jimmy Choos and a hat designed by Philip Treacy.

However, despite looking lovely, her choice of cream outfit definitely raised some eyebrows.

Earlier today she chaperoned the bridesmaids, including daughter Princess Charlotte, as they arrived on steps of St George's Chapel in Windsor.

The Duchess did the same for her sister Pippa Middleton at her wedding to James Matthews last year, and also wore an understated nude pink, long-sleeved Alexander McQueen rock. 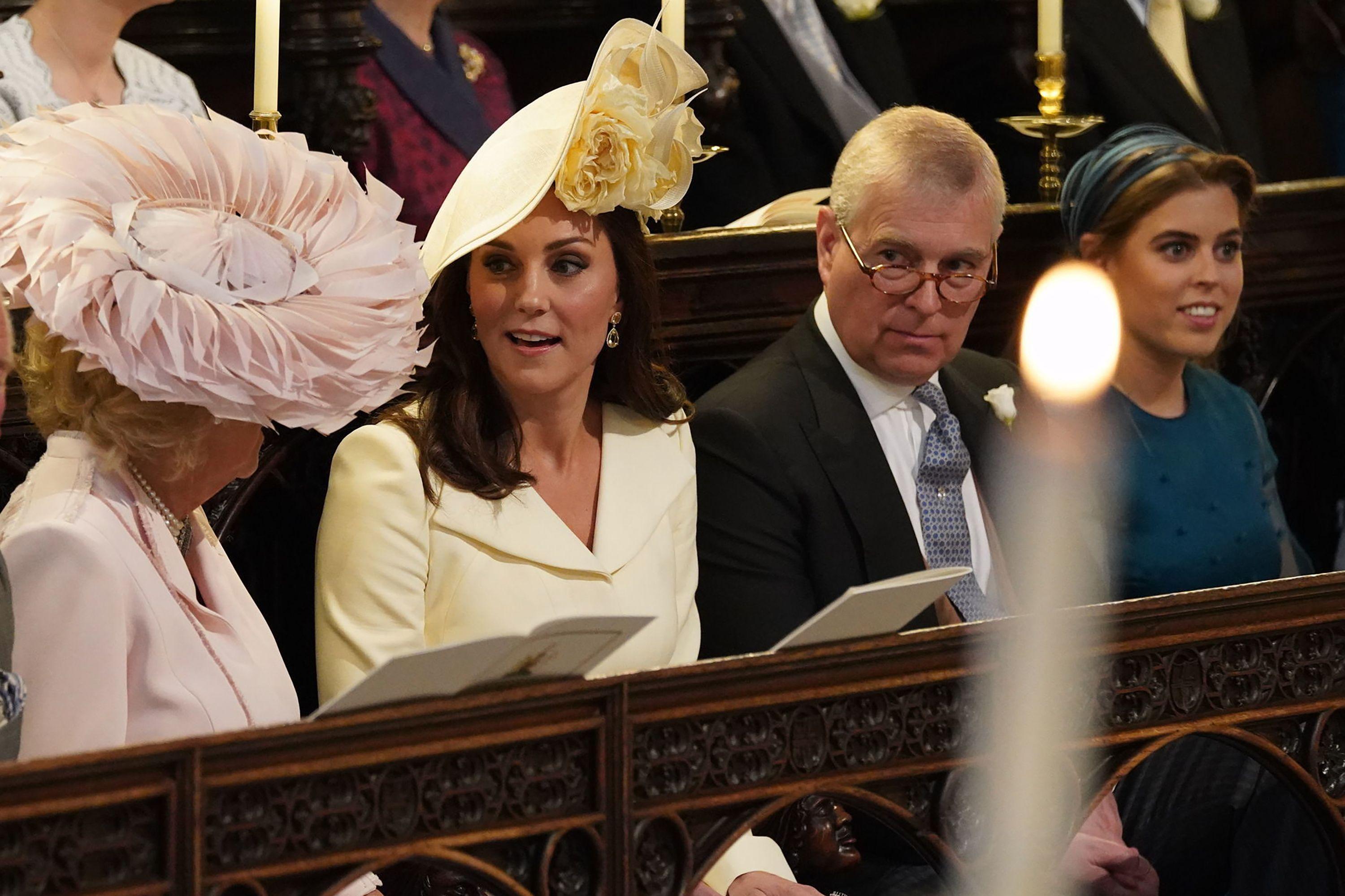 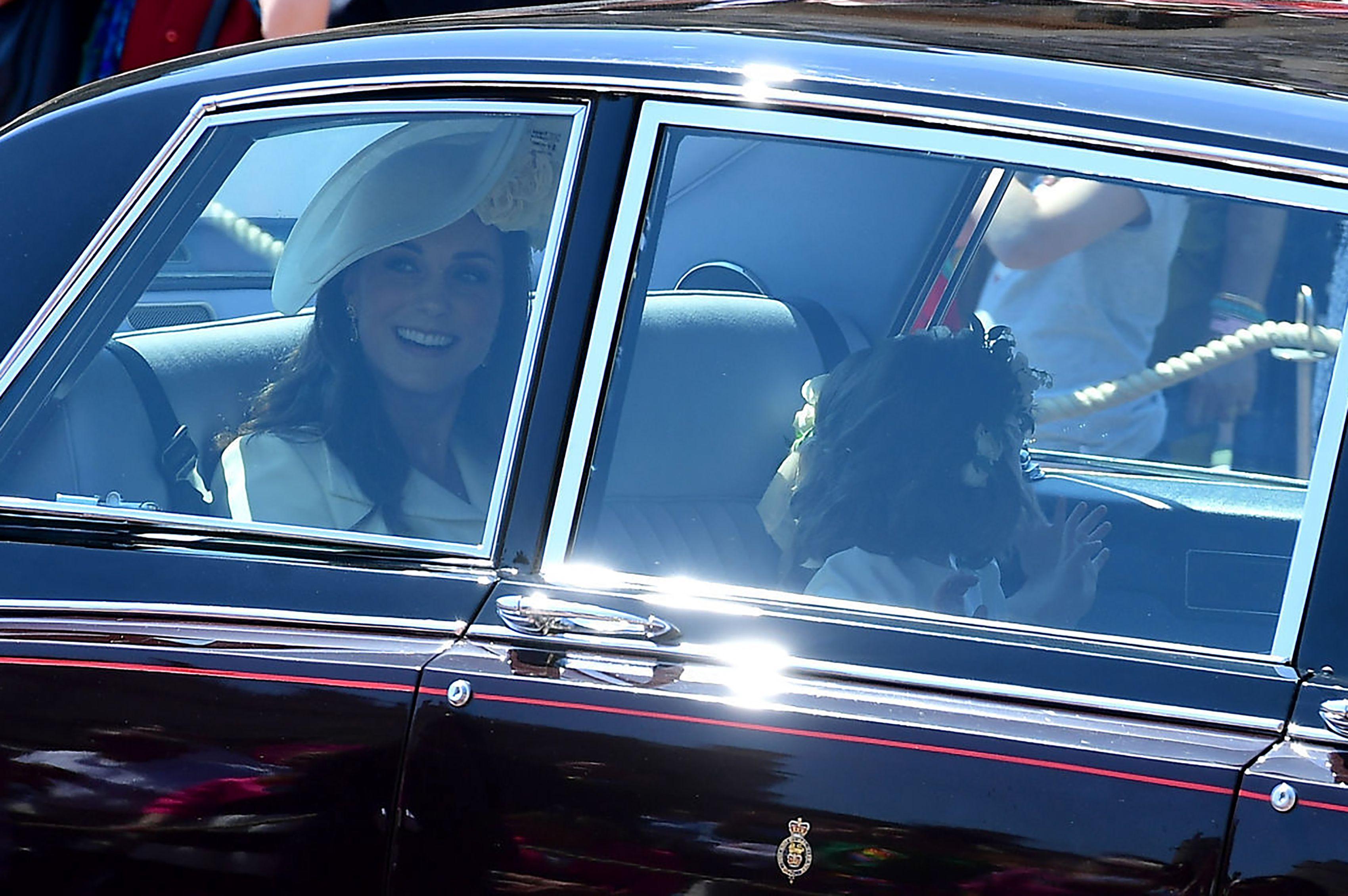 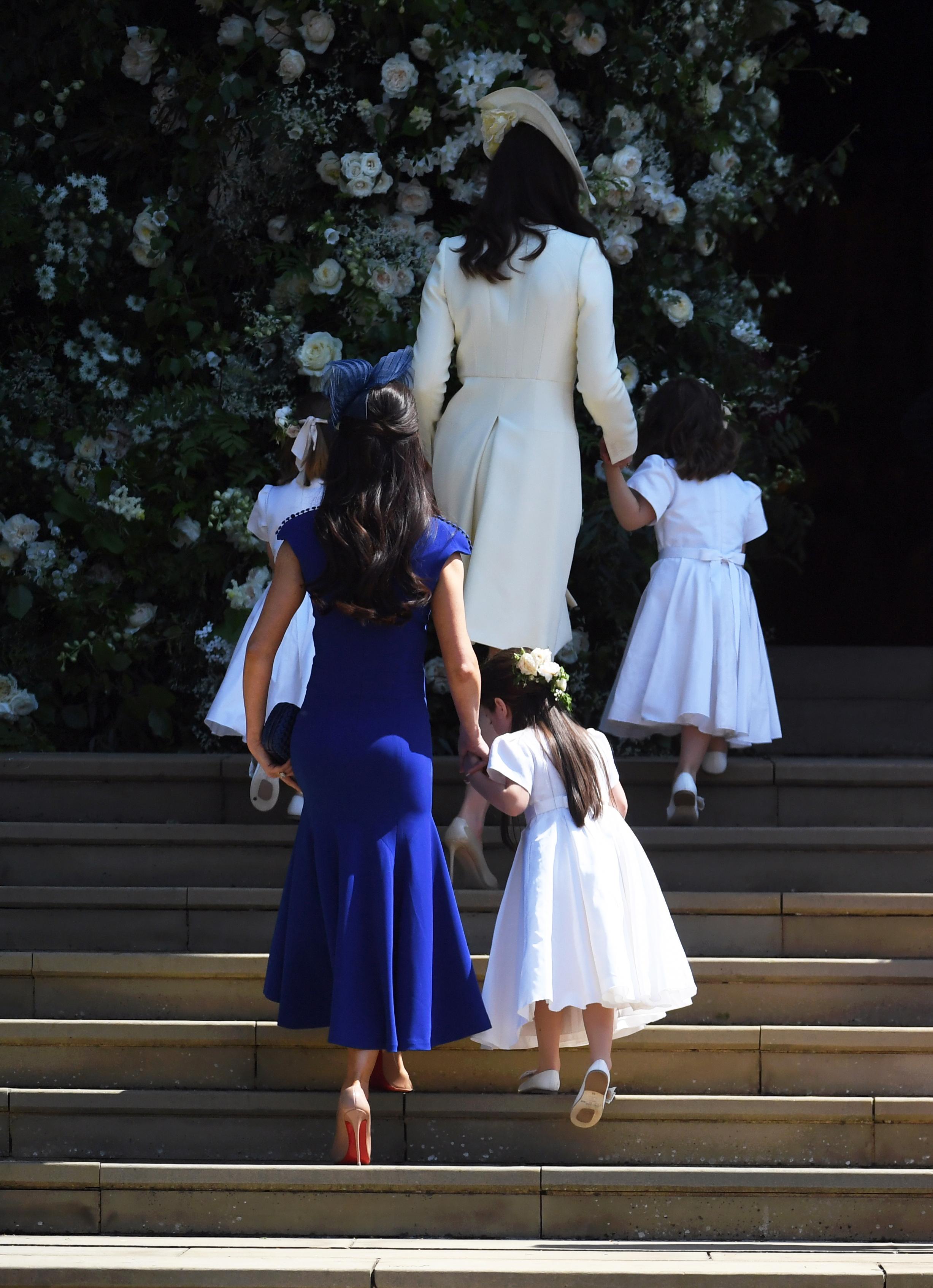 Kate, who chaperoned the bridesmaids, completed her look with a pair of Jimmy Choos 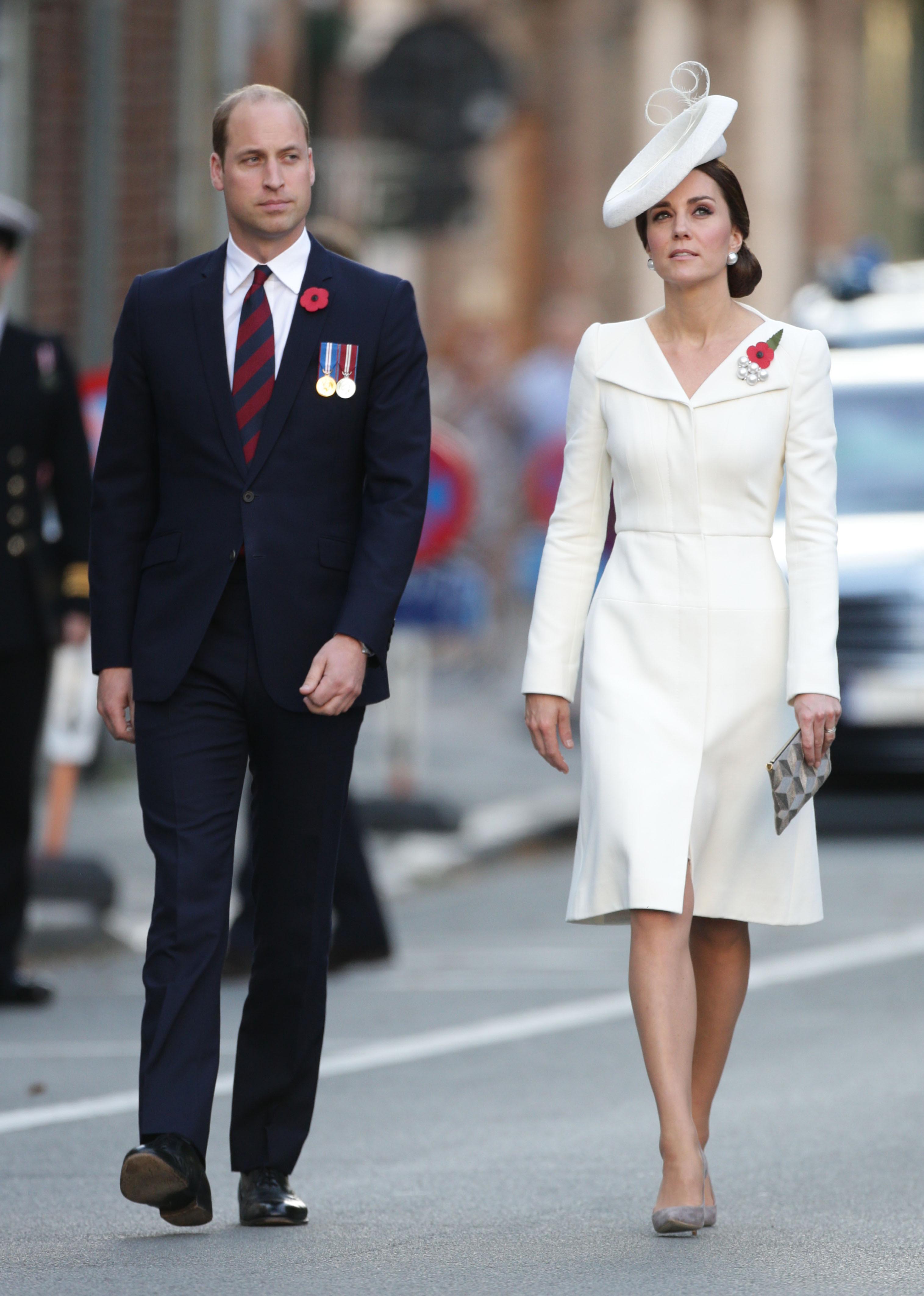 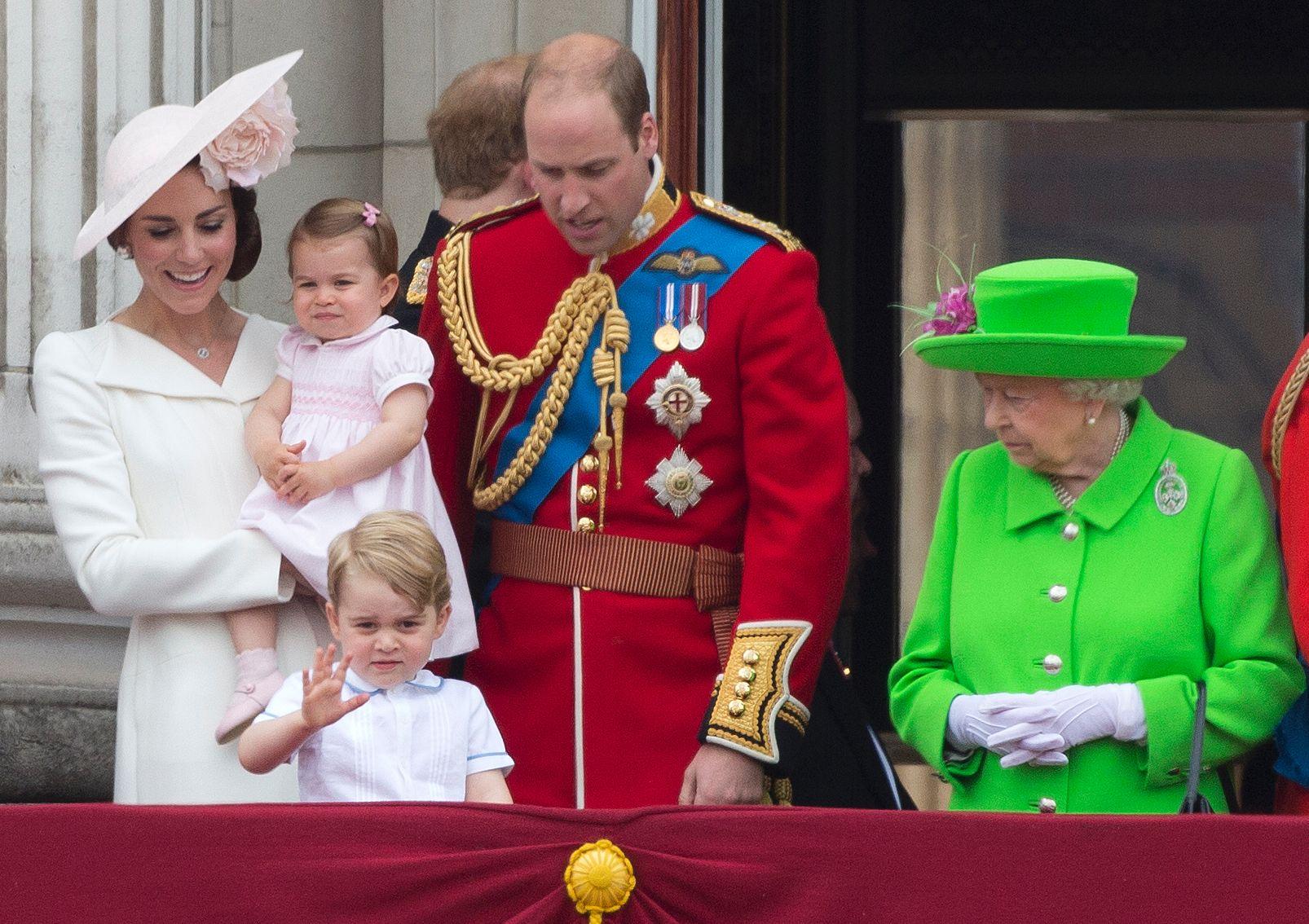 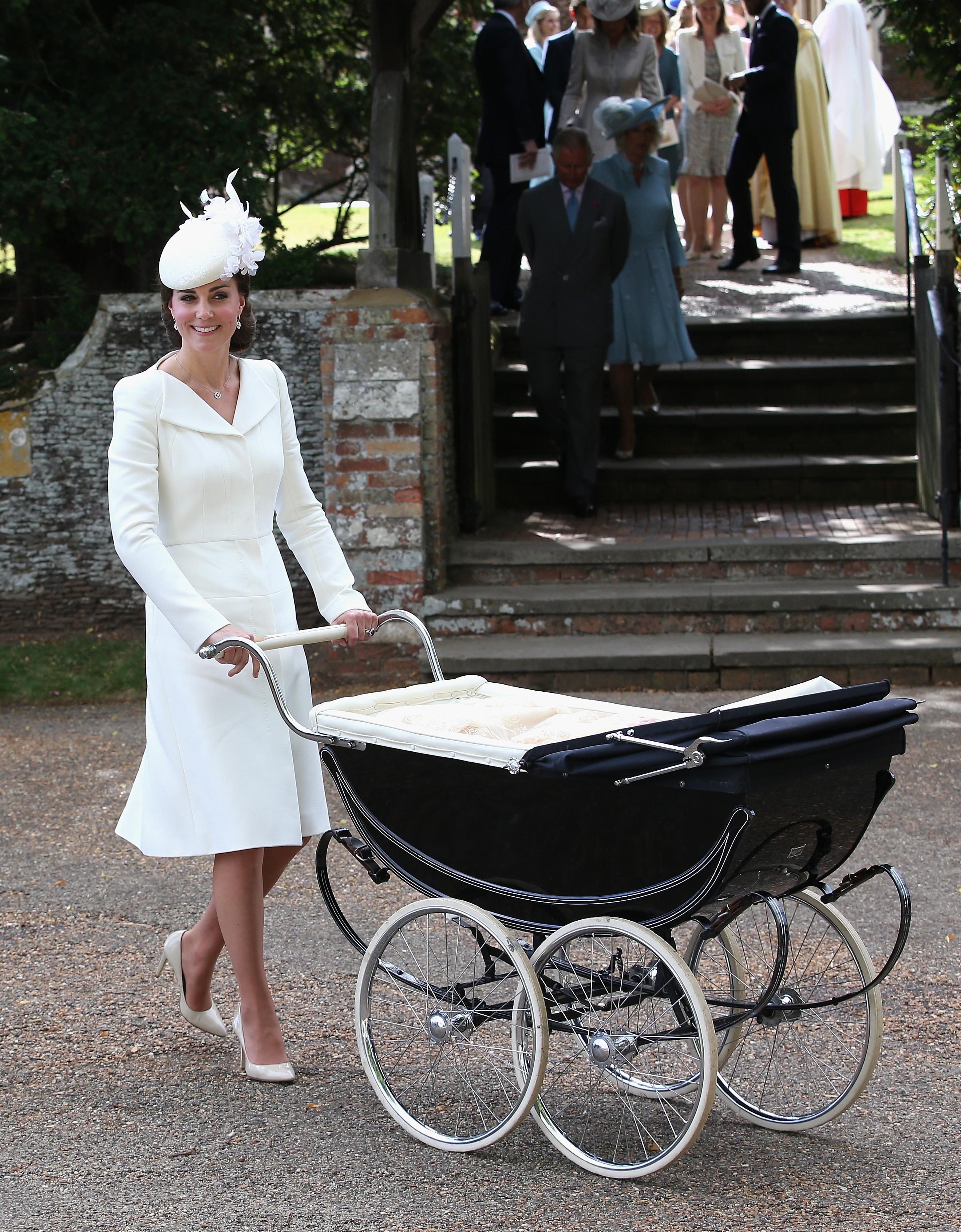 Meanwhile Pippa wore a floral frock that was a far cry from the show-stealing bridesmaid’s dress she wore to Kate’s wedding.

The pleated, skater style dress was a prim and proper choice for the 34-year-old – which definitely won’t leave her at risk of stealing the limelight.

Prince George and Princess Charlotte looked adorable as they grinned at the waiting well-wishers.

Bride Meghan wore a stunning bespoke white silk Givenchy gown and a 15ft veil embroidered with flowers of the Commonwealth.

She and Prince Harry beamed with happiness as they were officially declared husband and wife.

The 33-year-old royal had been overcome with emotion at the sight of his bride – telling Meghan "you look amazing" as the couple met at the altar today.