Kate Middleton and Prince William have been married since April 29, 2011. The Duchess of Cambridge has worn many pieces of stunning jewellery while in the Royal Family. Why does she wear three rings on her wedding finger?

When Kate and Prince William got engaged, the Duchess was given the sapphire engagement ring that once belonged to Princess Diana.

The ring features a central sapphire with diamonds and it could be worth up to £300,000, experts at jewellers Joshua James explained.

They told Express.co.uk: “Kate’s engagement ring is incredibly famous, known for sparking a huge increase in sales of sapphire engagement rings back in 2010.

“It features a 12-carat oval sapphire set in 18k white gold, surrounded by 14 solitaire diamonds. Created by Garrard & Co., the former Crown Jeweller, it is now valued at around £300 000. 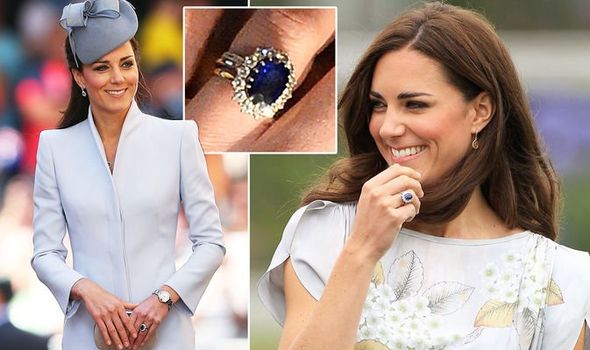 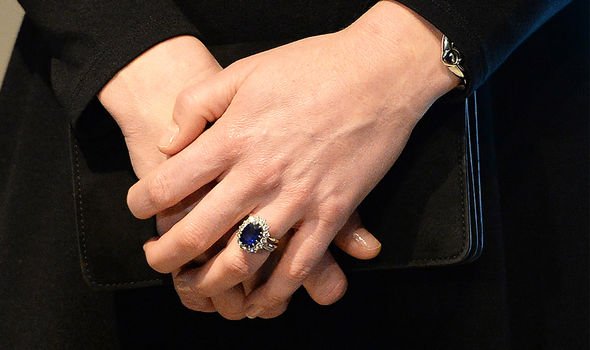 “However, much of its value is sentimental as this engagement ring was passed down from Princess Diana, William’s mother.”

When the big day arrived, Kate was given a wedding band made of Welsh gold, in keeping with royal tradition.

“Kate’s simple gold wedding ring is crafted from a special nugget of Welsh gold – a tradition that dates back to 1923 – by Wartski, a jeweller based in London,” the experts continued.

“The value of a Welsh gold ring depends on the weight and purity of the gold used, but will likely be upwards of £2,000.

“The plain, slender band shows off the incredibly rare and beautiful gold that it was made from, free of decorative elements that embellish many modern wedding rings.

“The ring was gifted to Prince William by the Queen following the engagement.”

Following what is a popular wedding tradition, the mother-of-three also started wearing this jewel on her wedding finger.

However, fans of the Duchess will have noticed she began wearing a third ring just a couple of years later. 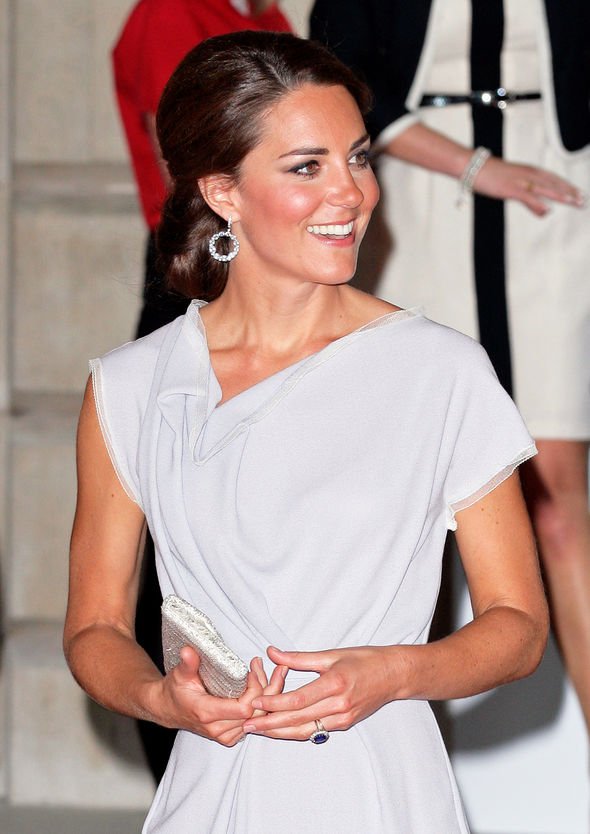 It is thought this is an eternity ring gifted by Prince William when their first child, Prince George, six, was born.

They said: “The third ring she wears is an eternity ring. Eternity rings are often used to mark special milestones in a relationship – in this case, it was a gift from her husband to mark the birth of their first child, Prince George.

“Made from 18ct white gold, it features 0.23ct of white diamonds. Kate’s eternity band comes from London-based designer Annoushka, and is valued at £1,200.”

Why does Kate wear three rings on her wedding finger?

The royal was reportedly given all of the rings by Prince William and they all have great significance. 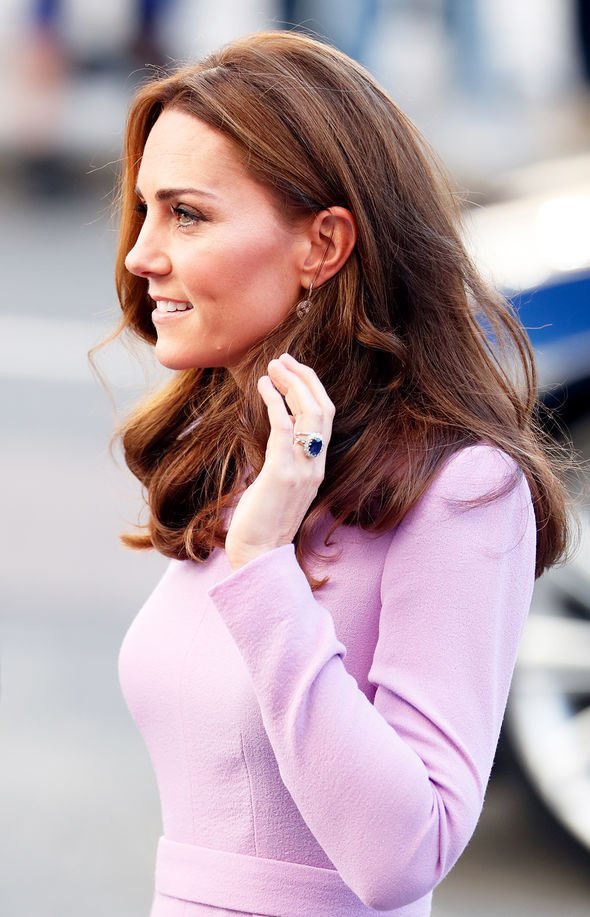 By choosing to wear them all on her wedding finger, the Duchess could be following a sweet tradition, the experts claimed.

They continued: “In terms of why she wears three rings on one finger, many women choose to wear all three rings (wedding, engagement and eternity) on their wedding finger following marriage.

“The order in which these are worn actually has a great significance.

“Wearing your wedding ring first means that it is closest to your heart, followed by the engagement and then eternity ring. It looks like Kate Middleton follows this tradition.”