While a lot of people choose to take their hair hues darker in fall and winter, some people, like the royal Duchess of Cambridge, choose to lighten up their locks. Kate Middleton’s new lighter hair is quite a few shades lighter than we’re used to seeing and it obviously looks fab.

On Thursday, Sept. 5, the Duchess took Princess Charlotte and Prince George to school and as adorable as the siblings looked in their school uniforms, Kate’s hair also caught the attention of many. Kate’s signature caramel brown hair is now a lighter shade of honey blonde. And while there is a possibility that the lighter shade is a result of the sun, I think that it is likely that it was done by a professional.

Kate was spotted at Wimbeldon back in July where she was still rocking her signature brown hue. Then, when she attended the King’s Cup Regatta charity event in the beginning of August, you could spot a few lighter highlights popping through her ponytail. Well now, it looks like she’s added a few more honey blonde highlights as it is lighter from the roots to the ends. 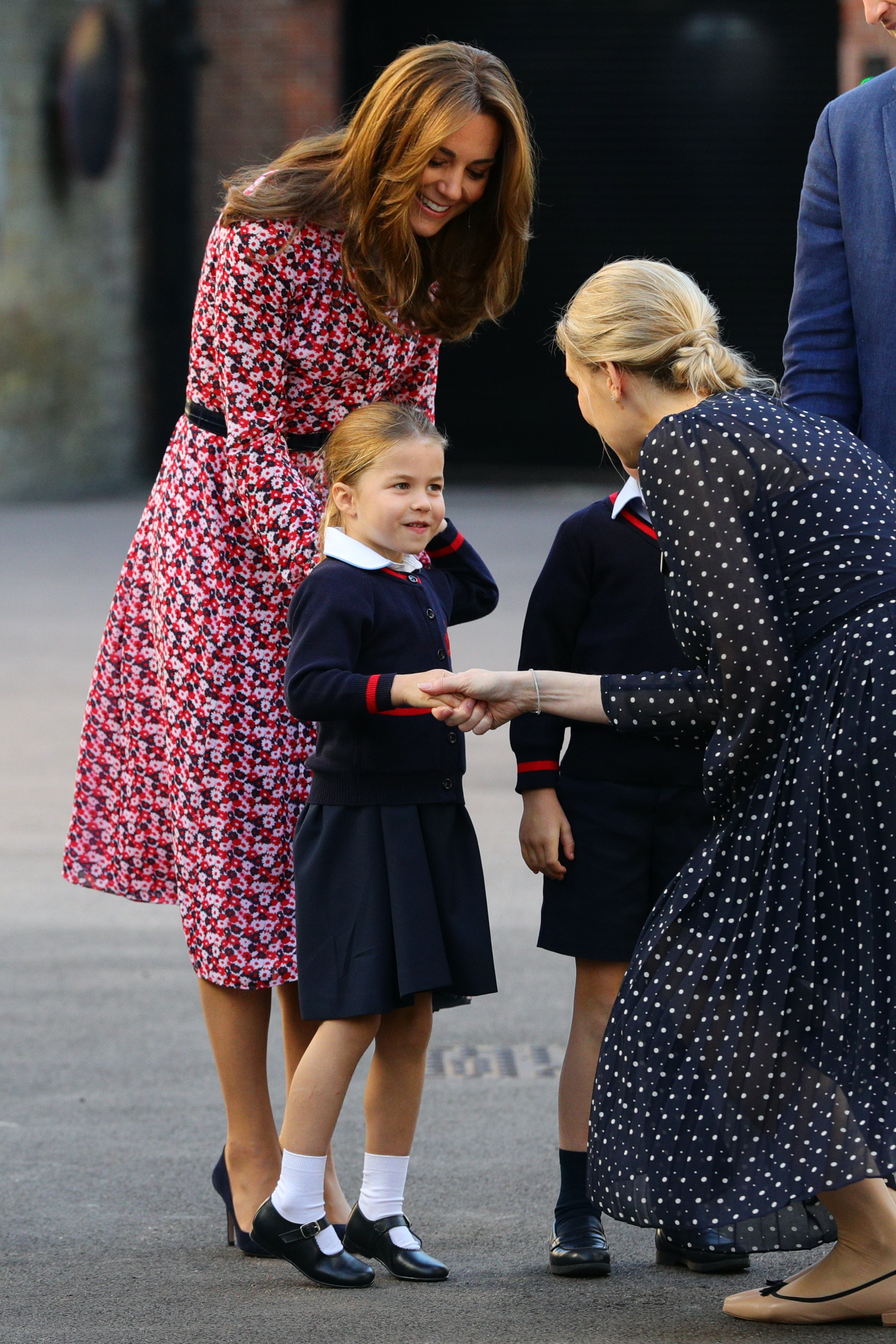 Kate and Prince William escorted Charlotte and George to their first day of school at Thomas’s Battersea School in London, where Charlote now attends with older brother George. For the school drop-off, Kate wore a red floral long sleeve dress that was belted with a black belt at the waist. She paired the dress with black heels, and of course, her new hair hue.

Could Kate’s progression to her new blonde shade mean that she’ll eventually go full-on platinum? While it’s unlikely, it’s not impossible. Over the years we’ve seen the Duchess rock a range of hair colors from dark chocolatey brown, auburn, a light brown with subtle blonde highlights, and now a full-on honey blonde look.

While it’s not yet confirmed who the colorist behind Kate’s new look is, stylists like Joey Wheeler, Rossano Ferretti, and Amanda Cook Tucker have been associated with handling Kate’s locks. All three stylists have attributed to making Kate’s signature glossy voluminous blowout as famous as it is today.

In January 2018 Kate tied in her beautiful mane and love of philanthropy by chopping off a whopping seven inches of her hair and donating it to Little Princess Trust; a charity that makes wigs for children who have lost their hair due to illness. Joey Wheeler of Richard Ward Hair, a salon in Chelsea, was the stylist behind the haircut that lead to donating to Little Princess Trust. In fact, according to The Sunday Express Joey was the one who actually convinced Kate that it was time to cut her hair, because according to him, it was just getting too long. So out came the haircut which was then donated to be made into a wig.

Regardless of length, color, or style, Kate’s hair is always guaranteed to look fabulous. I’m excited to see whether or not the Duchess chooses to go even lighter as the weather gets colder, or if she will revert back to the dark side.