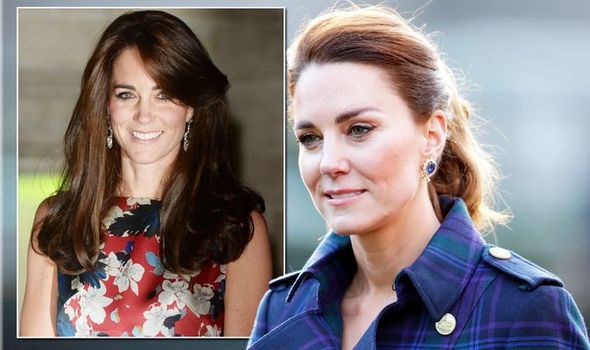 The Duchess of Cambridge wore a pair of earrings from a set given to the Queen in the 1970s. It perfectly matched her tartan coat for the event at Holyrood Palace.

The deep blue of the precious stones suited the Duchess well.

These are far from the first sapphires with a royal history either given or loaned to the Duchess.

Kate has also worn a pair of sapphire and diamond earrings with a significant meaning to Her Majesty.

She has been seen in the Queen Mother’s sapphire and diamond fringe earrings.

Kate Middleton and William arrive at Palace of Holyroodhouse

The pieces are so-called thanks to the beautiful fringe of diamonds that hangs from a large stone in each piece.

Huge oval diamonds are surrounded by diamonds and hang from the ear on a diamond stud and string of diamonds.

The pieces’ provenance is a mystery, although there is a good chance they were a gift from the Queen’s beloved father King George VI to his wife.

The monarch often gave sapphires as gifts to both his wife and Queen, both of whom are fans of the blue gem.

However, when the Queen inherited the sapphire fringe earrings she didn’t choose to wear them herself.

However, she did loan them to the future Queen, the Duchess of Cambridge.

She has worn a number of royal gems, and also wears Princess Diana’s engagement ring as her own. 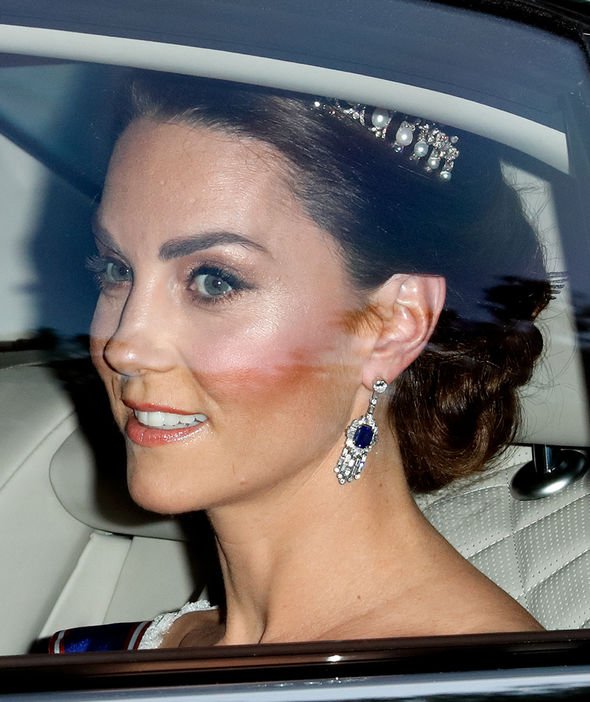 However, this is not a loan or officially a royal gem.

It was a part of Princess Diana’s private collection and was left to Prince William and Harry when she sadly died.

Kate Middleton’s earrings in Scotland reportedly caused the Queen to exclaim when she first saw them.

A gift, the set was given to the Queen in 1979 by Sheikh Rashid of Dubai. 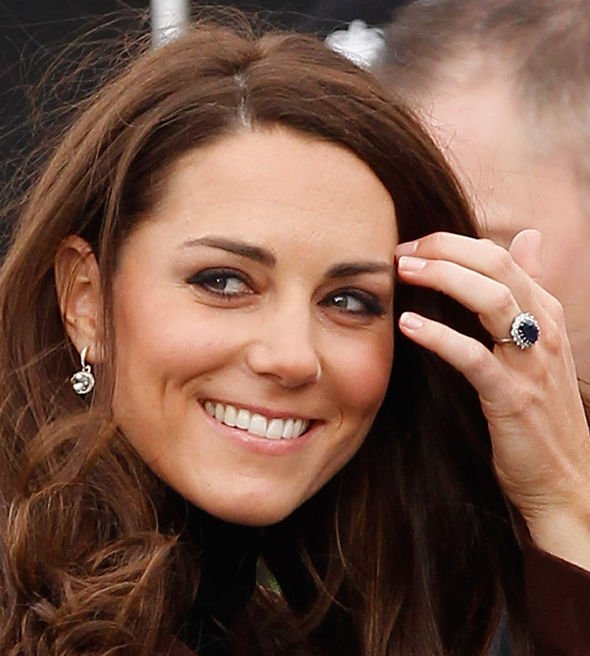 This collection of gems was so impressive, according to Leslie Field author of Queen’s Jewels: The Personal Collection of Elizabeth II, the Queen “exclaimed in amazement” when she saw it.

The demi-parure was made up of a necklace, earrings, and a ring.

The necklace in the set is made up of loops of diamonds with large sapphires held in them.

Her Majesty shortened the necklace and had the remaining loops repurposed.

The Queen has worn the loop versions of the earrings last in 2009, so these gems have not been seen for 12 or so years.