As Kim Kardashian channels Cher for the singer's gig, we look at the other times she stole her style

Cher, who's also Armenian, famously sang If I Could Turn Back Time, and the mum-of-three looks as if she wants to do just that. 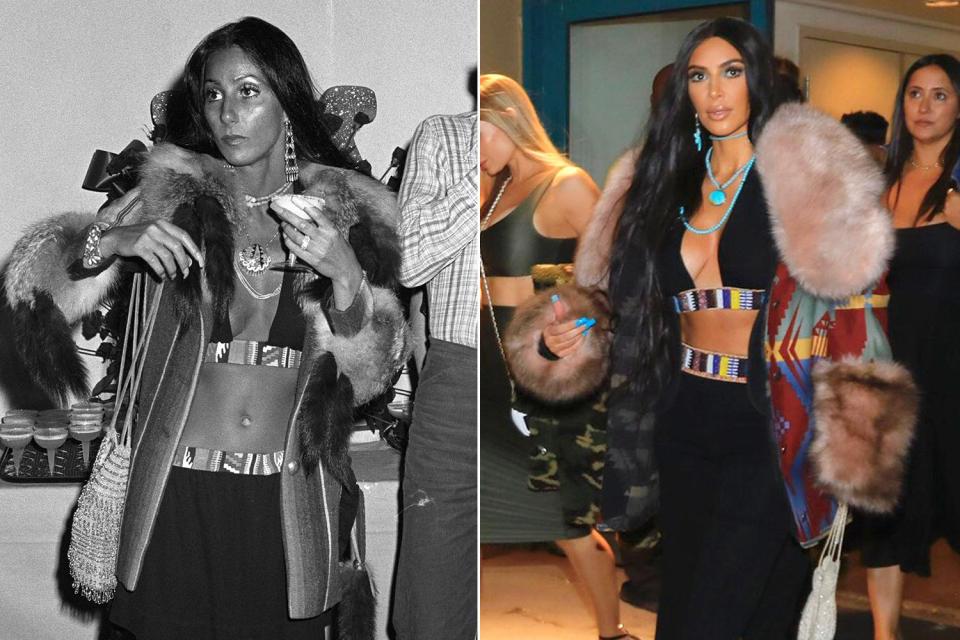 The 37-year-old wore one of the 70-year-old's famous costumes – from a 1974 production of The Rocky Horror Picture Show.

She donned a pink faux fur shawl over a colourful coat, black bralet and baggy balloon trousers – alongside her signature sky high heels.

And it's far from the first time Kim has copied Cher's look – the reality star even dressed as her for Halloween.

These are all the times Kim stole Cher's look… 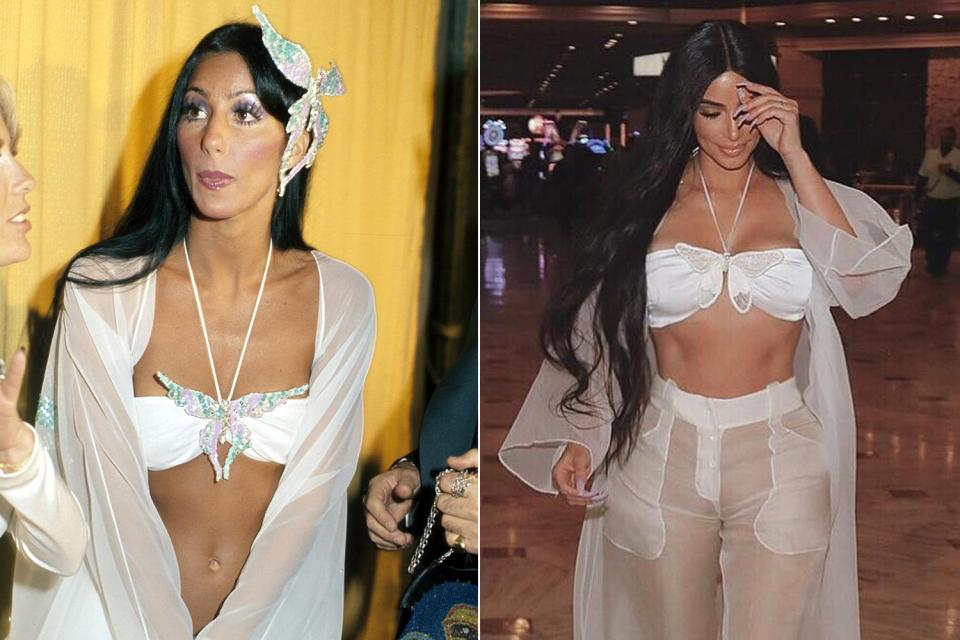 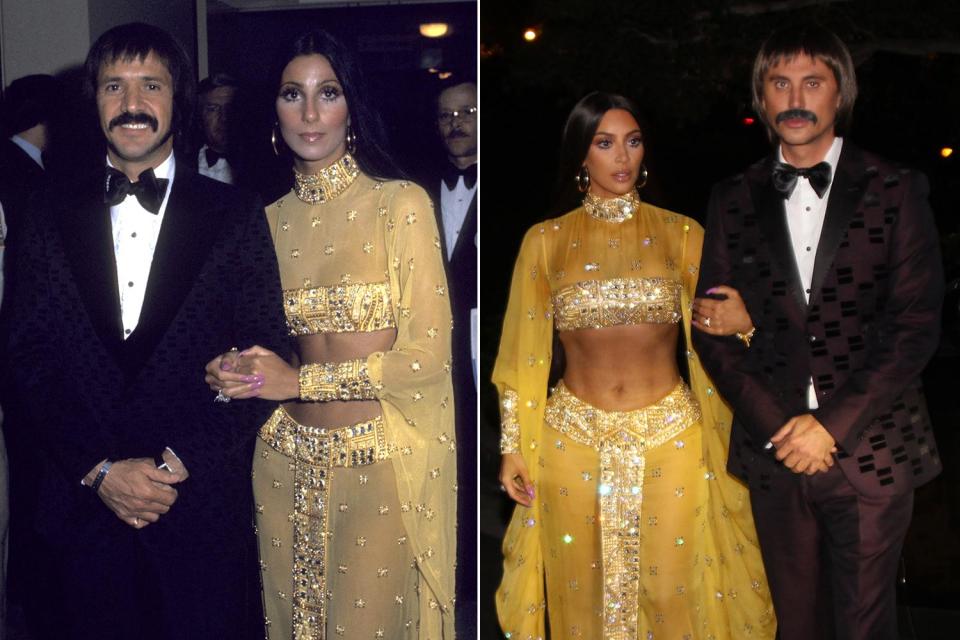 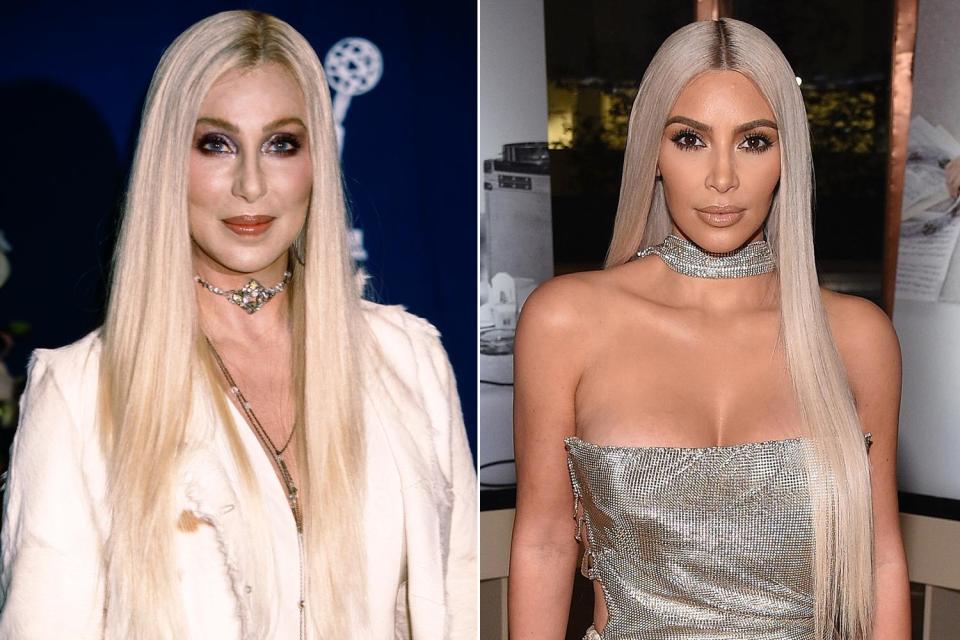 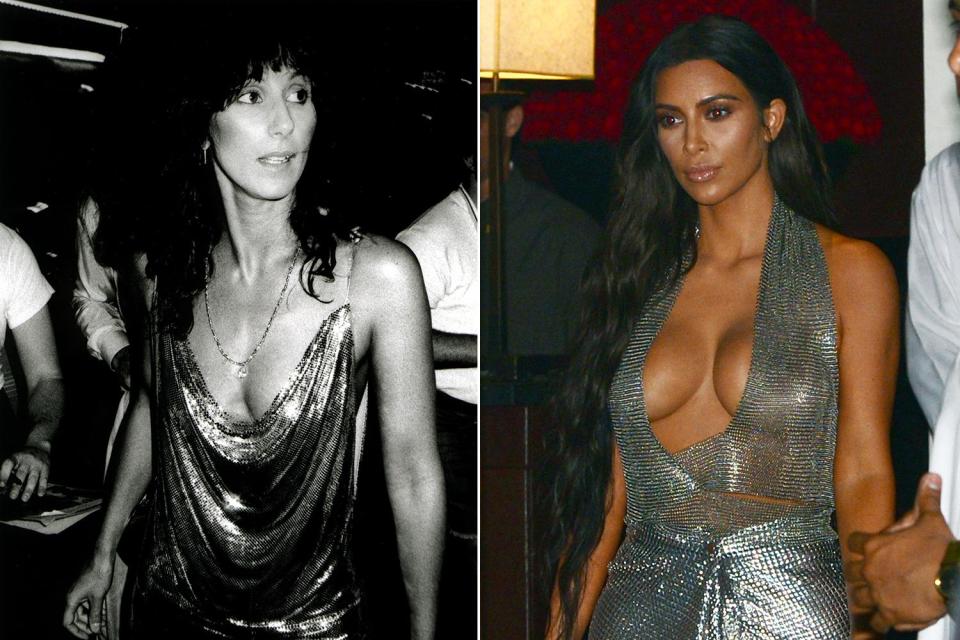 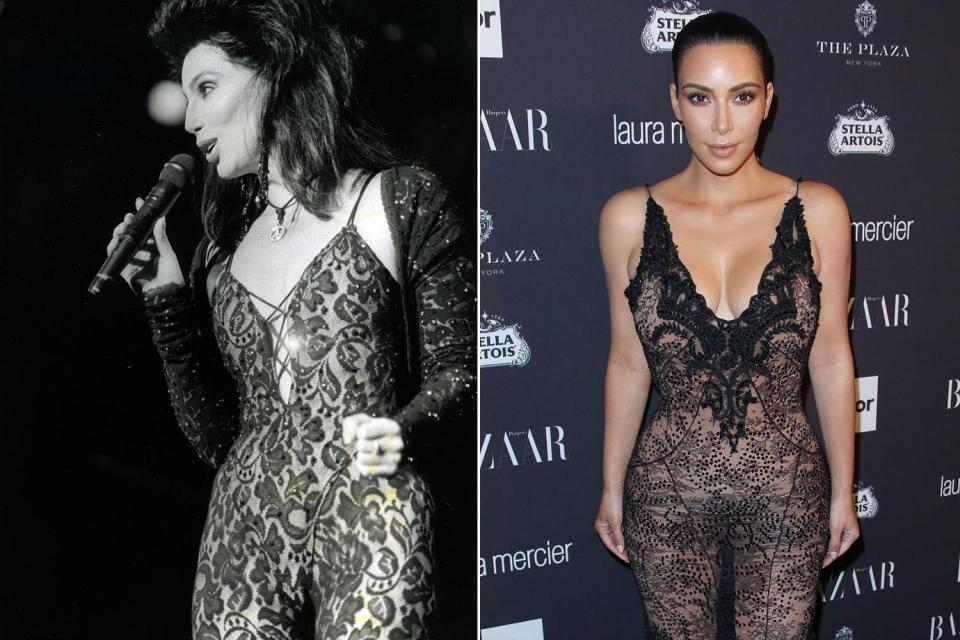 In more Kardashian news, Khloe shared the first video of baby True’s face today, to mark her being one month old.

While sister Kim revealed she wants to have one more child with husband Kanye West, and says surrogacy was "a game changer" because she didn’t have to breastfeed.

And Kim’s MET Gala hairdresser revealed exactly how he achieved her look… and which products he used.