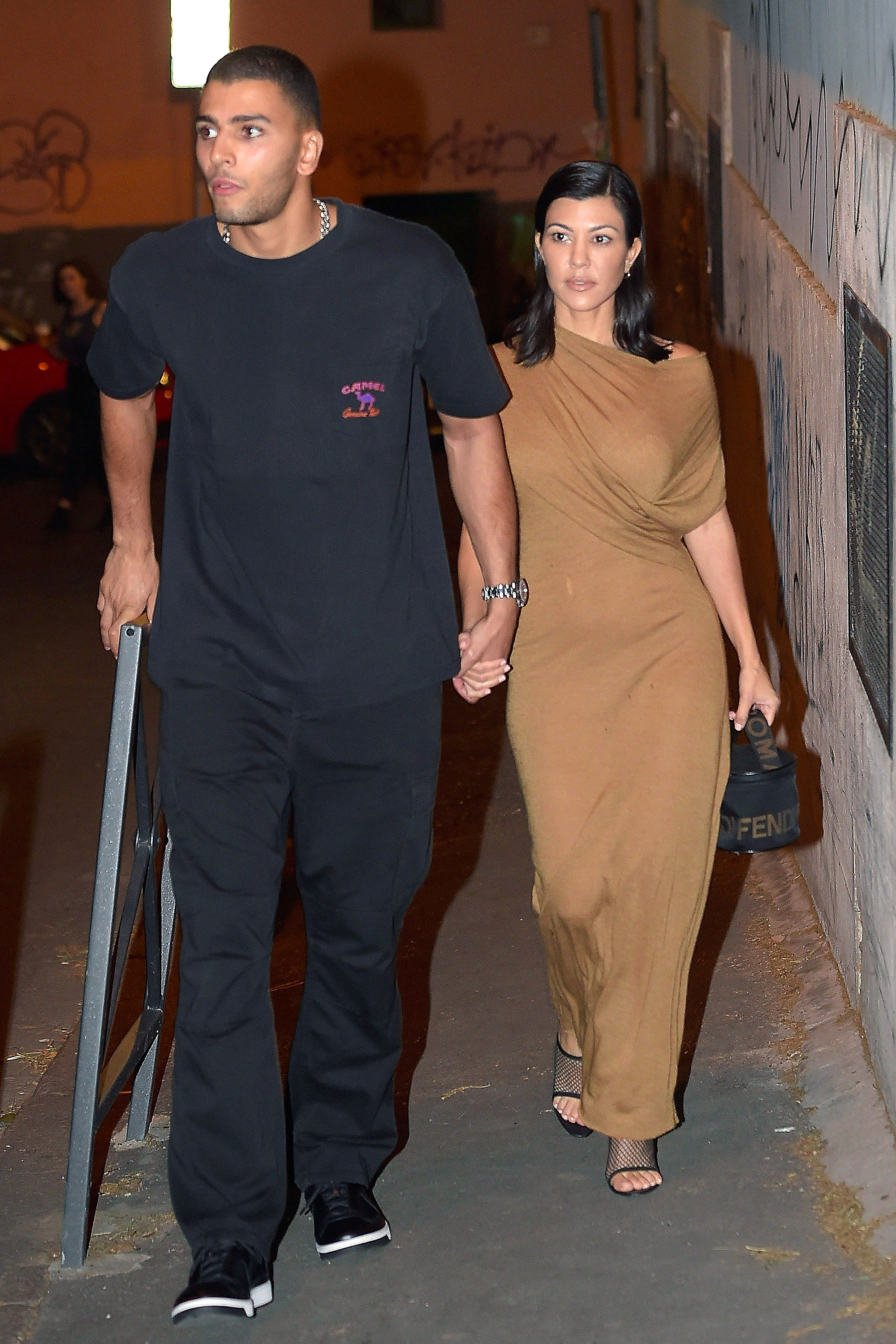 Is Kourtney Kardashian debuting a makeunder? The eldest Kardashian sister was spotted in Rome on Wednesday, June 20, while vacationing with beau Younes Bendjima, looking demure and understated — and quite the stylistic opposite from sisters Kylie and Kim who have been pictured in the last two days wearing major micro minis.

Kourt took her date night look to sophisticated new heights by wearing a draped tan maxidress that, while form-fitting, wasn’t overly showy. In fact, while the number was figure-skimming, the fit was still relaxed through the waist, adding an element of sophistication to a simple knit. Given that the maxidress was fairly basic, Kourt relied on the draped and asymmetrical shoulders to show off her toned and tanned arms.

And while the mother of three was relatively covered up, the hue of her dress was the summer equivalent of the Naked Dress, evoking a similar skin tone to her own.

In keeping with the nude theme, Kourtney also kept her makeup natural, with fresh glowing skin and light definition to the waves in her shiny lob.

All in all, the look is a departure for the reality T.V. star who favors tailored pantsuits without tops and major minis on the reg. But perhaps the new look was inspired by younger sis Kim who wore a similarly cut jersey Rick Owens maxidress to the CFDA awards earlier this month.

Perhaps this marks a new understated style moment for Kourtney? Only time will tell.