In scenes reminiscent of The Dress argument back in 2015, a pair of trainers are causing a storm online. 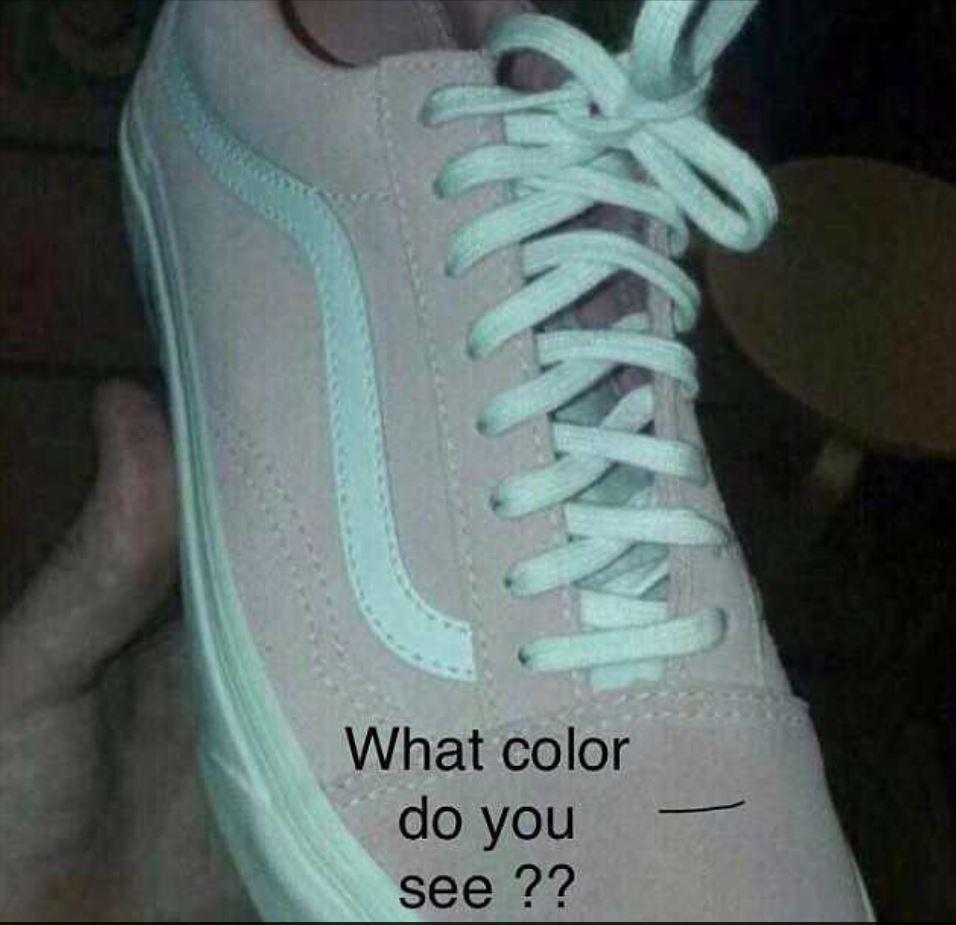 The lace-up shoe has a strip down the side and is being held up to the camera, but it seems some people see mint green and grey, while others see pink and white.

Originally posted on Twitter last year by @chalhoubmark, the debate was reignited after a radio station posted the photo to the page this week.

“What do you guys see?? Most of us see Pink and White but some see Grey and Green…” 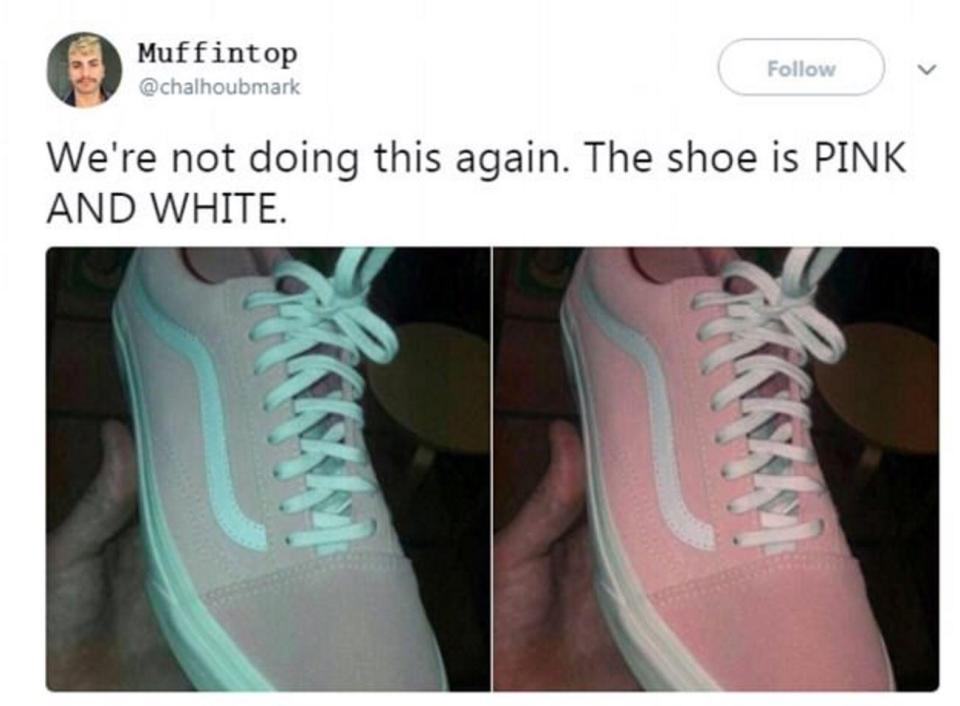 The post references the infamous dress, which after being posted a few years ago caused a storm after people couldn’t decide if it was white and gold or blue and black.

And the shoes are having a similar effect, with more than 45,000 people commenting.

Some see green and grey, and others pink and white.

One person replied: “Changes each time I look at it.” 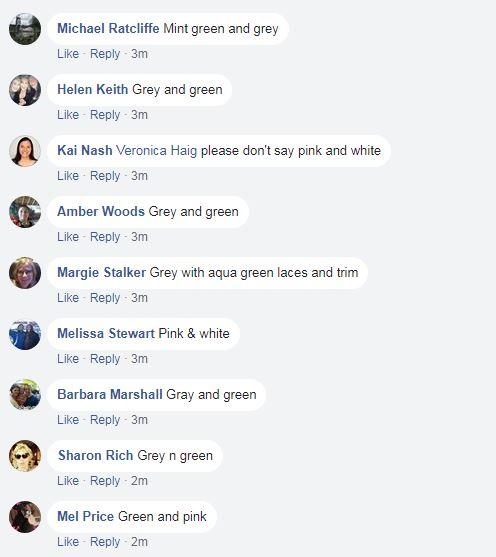 Another posted: “Yesterday it was pink and white, and today it’s grey and green. Go figure!”

Puzzled, this person wrote: “I see grey and mint green my daughter sees pink and white.”

This person said: “Can someone explain why we are seeing it in different colours?”

People have questioned whether a filter has been put on it, with one dubious person writing: “Grey and turquoise, but judging from the colour of the hand holding it, there has obviously been a filter used to change the colour. 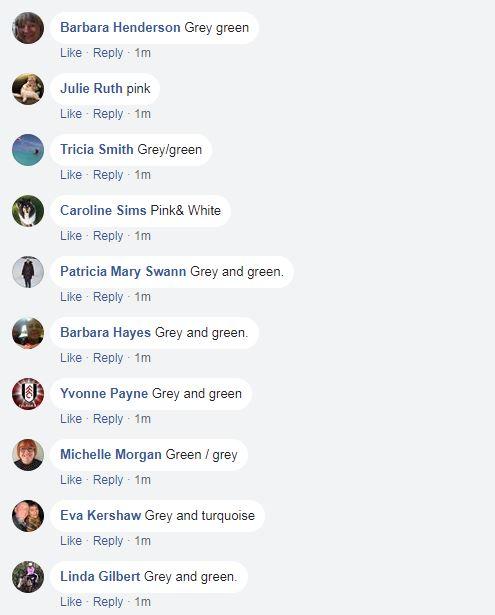 “Unless that hand is seriously diseased, that is.”

And another said: “I'm seeing grey and a pastel green leaning into blue.

“However the pinkish tint on the grey can be seen. What are the RGB values of each. That should settle the debate.

“Even if the photo was taken of a white and pink shoe.

“Lighting affects the results of the photograph dramatically.” 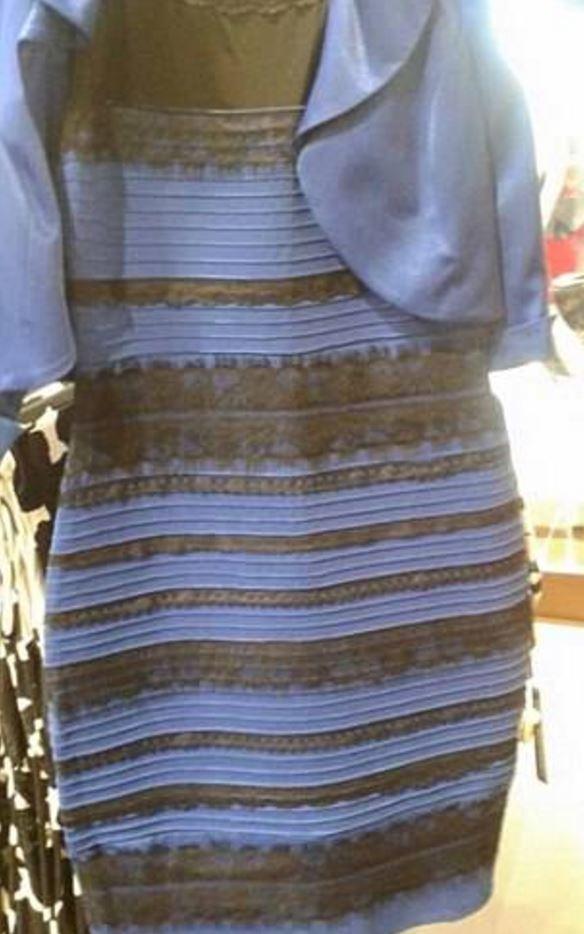 This person also thought it was due to lighting, saying: “Both but have seen this picture in 2 different lights.”

Whether it’s lighting, filters or a new The Dress, no two people see colours exactly the same.

As everyone’s brain is different, we each interpret electrical signals differently, giving us a unique translation of signals – including colour.

These optical illusions made us look twice, but can you work out what’s going on?

Bemused shoppers share the epic fashion fails they spotted in store and online.

And this gallery shows the best of the worst fashion fails at the Met Gala Ball.