She picked out a gorgeous white dress and strappy heels to wear for a night of cocktails and dancing with pals. 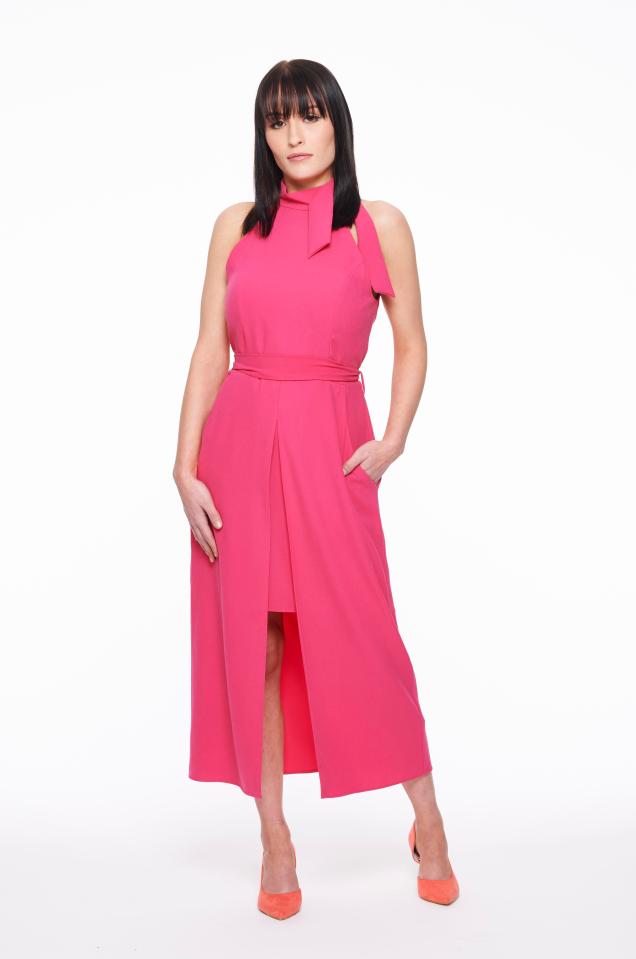 And she decided to dye her blonde locks jet-black to feel even more glam.

But she was left swollen and suffering horribly after a severe allergic reaction to the hair dye — despite ­taking a patch test.

Lauren, from Hastings, East Sussex, says: “It was terrifying. I was left in agonising pain.

“My face ballooned and I looked like the animated character Megamind.” 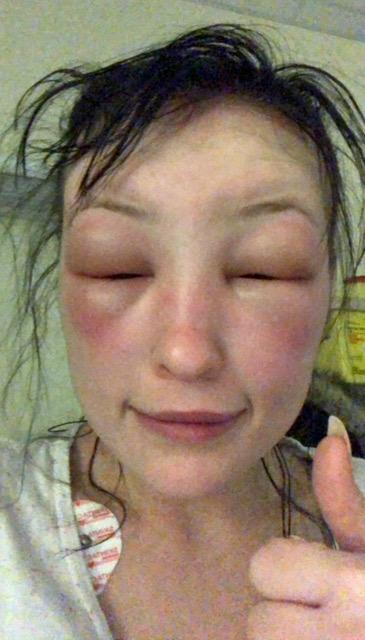 A week before her birthday in February, the full-time mother of three bought a £3 box of Clairol black dye.

She carried out a test on her elbow to confirm it was suitable for her skin and applied the dye 48 hours later.

But two days later, Lauren woke up feeling like her “head was on fire”.

She said: “My boyfriend suggested I wash it under cold water. The pain eased but soon came back. A couple of hours later, my forehead was swollen.”

Panicked Lauren called her mum Cara Woods, 40, who rushed to her house. 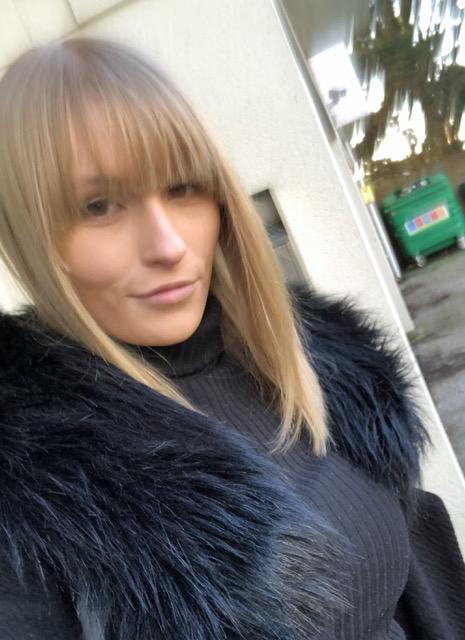 Lauren says: “She urged me to go to A&E while she watched my kids. An hour later, at Conquest Hospital in St Leonards-on-Sea, doctors told me I had a chemical burn from the dye.
“They told me not to wash my hair and sent me home.”

Lauren’s face continued to balloon and the burning pain became unbearable. So she went back to hospital the next day. Doctors said the swelling would go down and sent her home again with antihistamines and steroids.

But in the morning, her eyes had swollen shut. Lauren and boyfriend Ben Mitchell, 22, a landscape gardener, drove to a walk-in centre where she was told to go to A&E. There she was put on a drip. 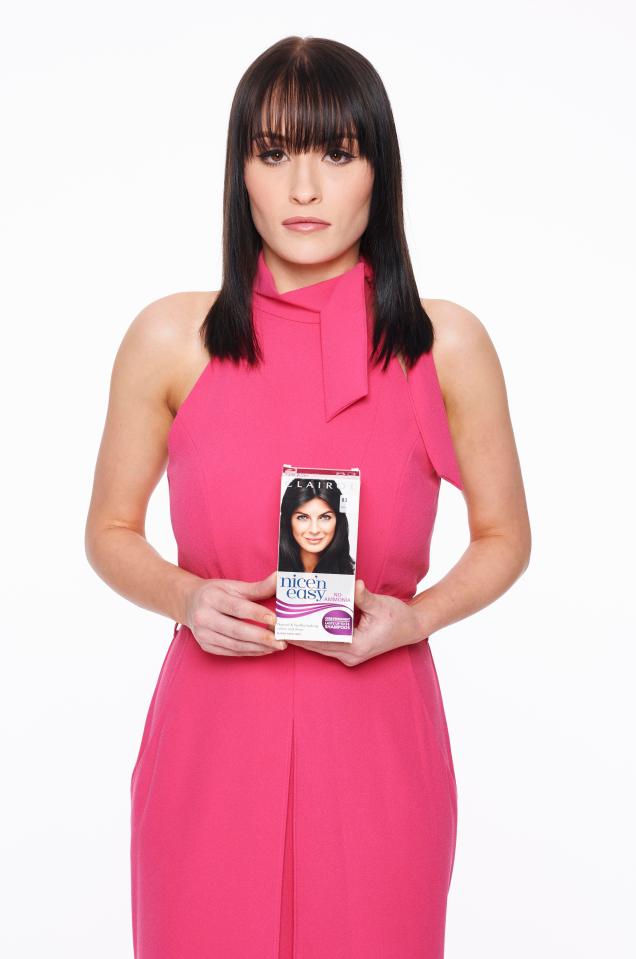 Doctors said she had a severe allergic reaction to the hair dye and kept her in overnight.

Lauren says: “I was almost completely blind and I was sobbing as I was in agony.”

Doctors said if the swelling had gone to her neck, it could have restricted her airways and she could have died. Lauren says: “My mum was by my side. She was panicking.”

The swelling eased and Lauren was discharged a day later. Eventually she opened her eyes but her vision was blurred.

She says: “I told my friends I was postponing my birthday celebrations. I spent my 21st birthday having a takeaway.”

Four days after Lauren applied the hair dye, her scalp was covered in painful scabs while her forehead remained swollen.

She says: “My children were too scared to come near me.”

A week later, Lauren was well enough to belatedly celebrate her birthday. But she has been left with dry skin on her face and itchiness on her body.

She warns: “Consider getting your hair dyed professionally. I’ll never dye mine again.”

A spokesperson for Clairol said: “Allergic reactions are rare. We are in the process of bringing to market a care formula that reduces the risk'