A LAWYER who shed a staggering 14 stone is desperate to have an op to remove her excess skin after being left with the "body of Frankenstein's monster".

Joanna Pearson, from Tempe, Arizona, tipped the scales at nearly 30 stone, at her heaviest. 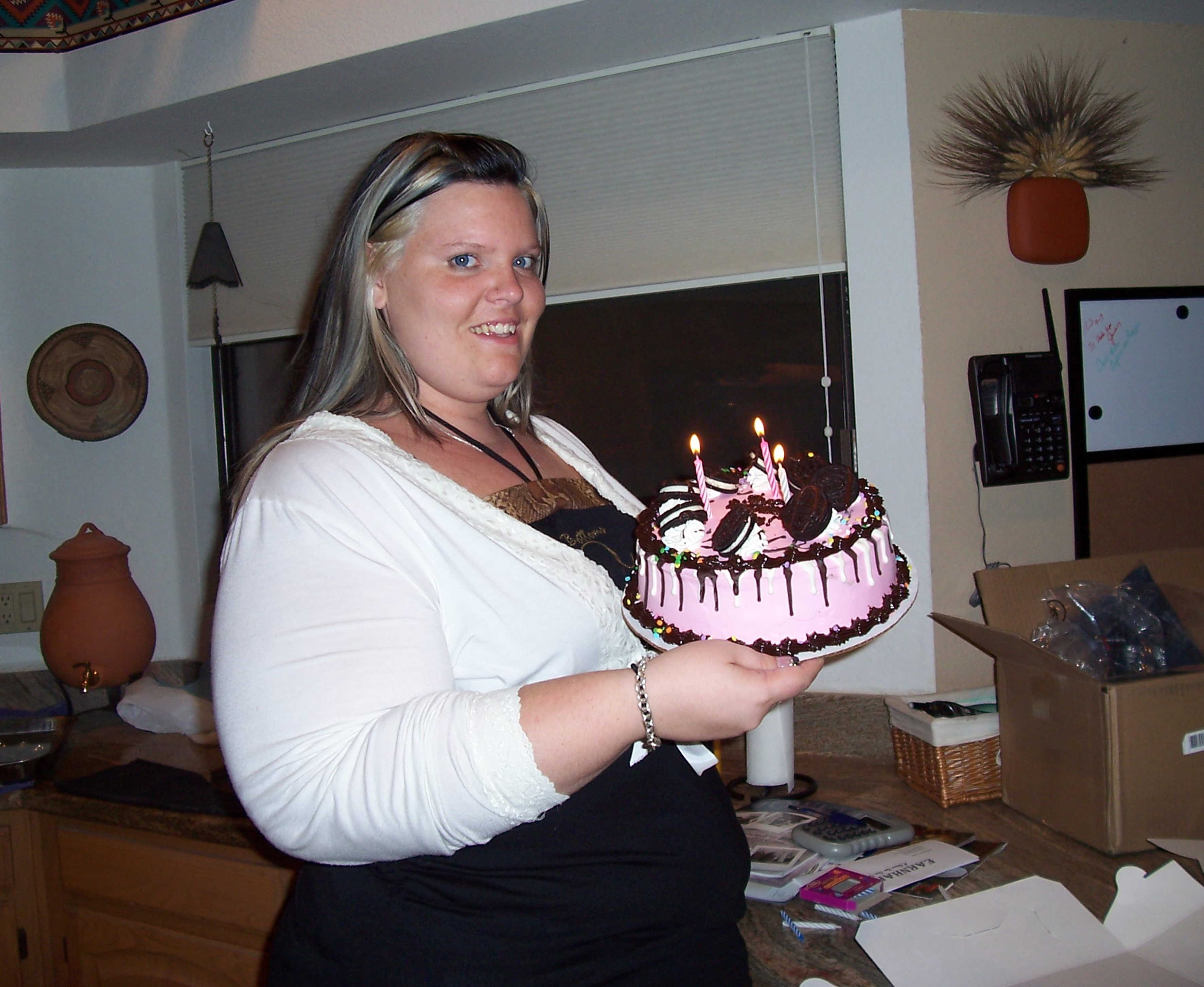 Eating three fast food meals a day, washed down with fizzy drinks her weight soon spiralled out of control.

The shame and embarrassment she felt was what encouraged Joanna to go on a diet and lose weight, for the sake of her health.

She ditched fizzy drinks, and instead of ordering takeaways, learned how to cook healthier versions of her favourite meals.

Within three years, she lost half her body weight and is now proud of her 15st 5lbs figure – dropping to a size 12.

But, despite her incredible weight loss, Joanna is plagued by the aftermath of her success.

She said she's haunted by excess skin, stretchmarks and scars that have left her feeling "grotesque" – comparing herself to the monster from Mary Shelley's 1818 novel.

Joanna said: "Physically I feel like an athlete now, but I am battling body dysphoria and body image issues every day.

"When I look at myself in the mirror, I feel like it looks like the body of Frankenstein's monster – strong muscle hidden by all this excess skin. 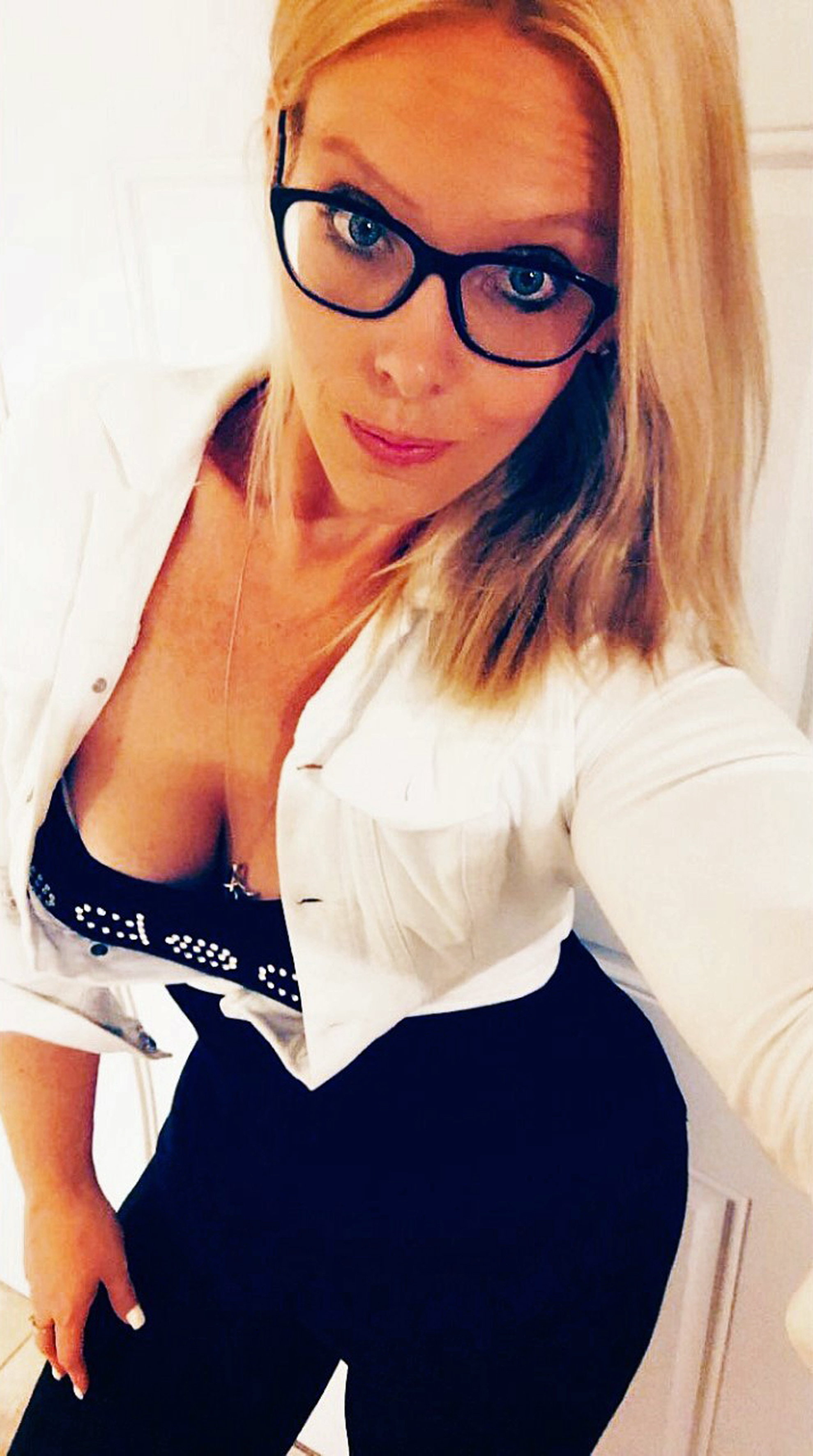 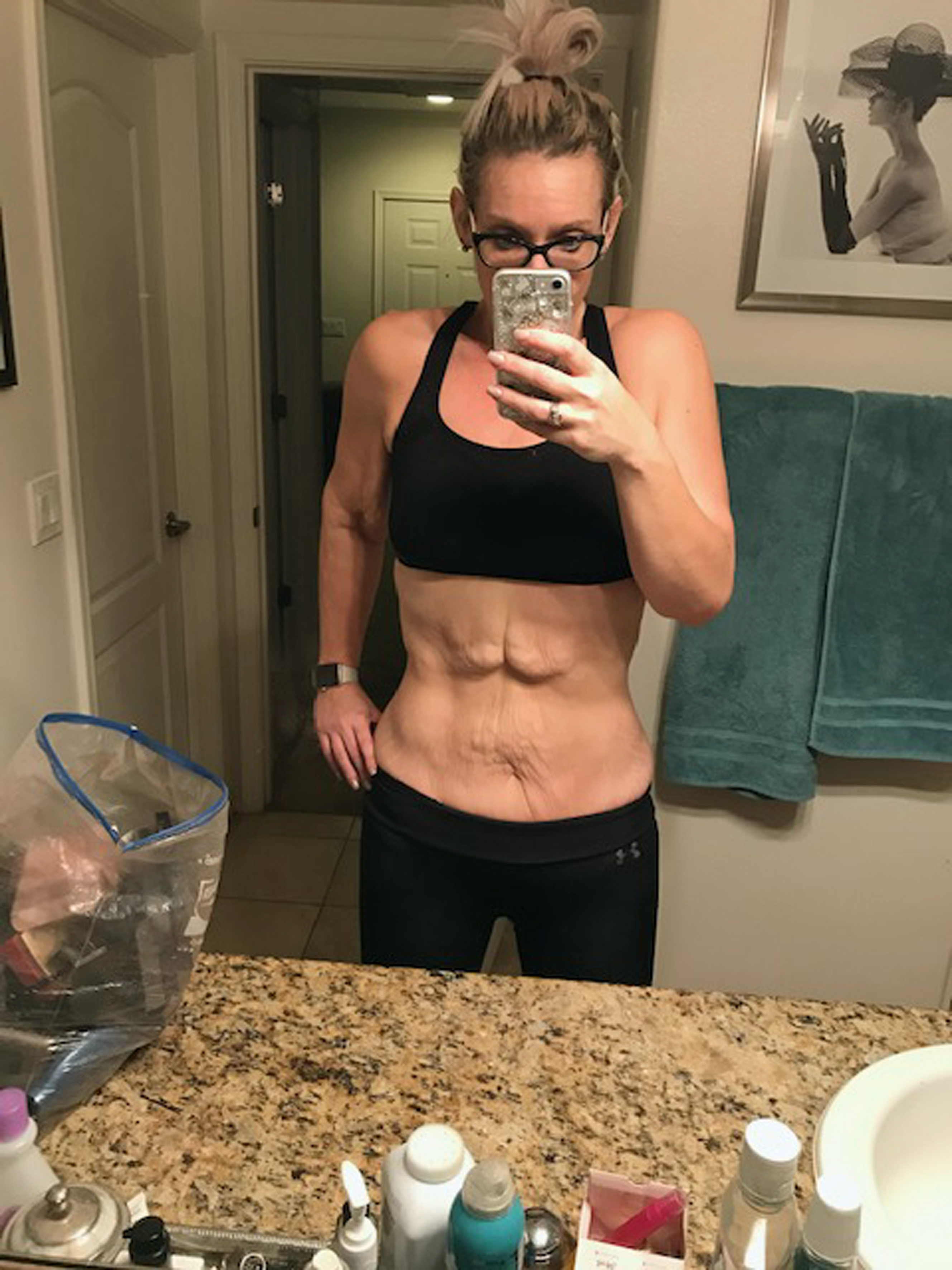 "It looks like a body pieced together with lots of parts.

"If I turn to the side, I can see the outline of a beautiful female body hidden underneath all the stretchmarks and scars from where my skin expanded and the weight loss."

Joanna said her arms, legs and stomach are the real problem areas.

When I look at myself in the mirror, I feel like it looks like the body of Frankenstein’s monster – strong muscle hidden by all this excess skin

She said she's spoken to various different surgeons to discuss removing the excess skin, but found it is expensive and isn't covered by insurance companies as it's deemed a cosmetic op.

Growing up, Joanna said she was never taught about nutrition and had to start from scratch.

But after being shamed on a flight when she had to ask for a seat belt extender, she decided enough was enough.

In her first week, after ditching fizzy drinks and swapping them for water, she lost nearly half a stone, spurring her on.

She then started buying lean meats and learned to recreate her favourite fast food meals. 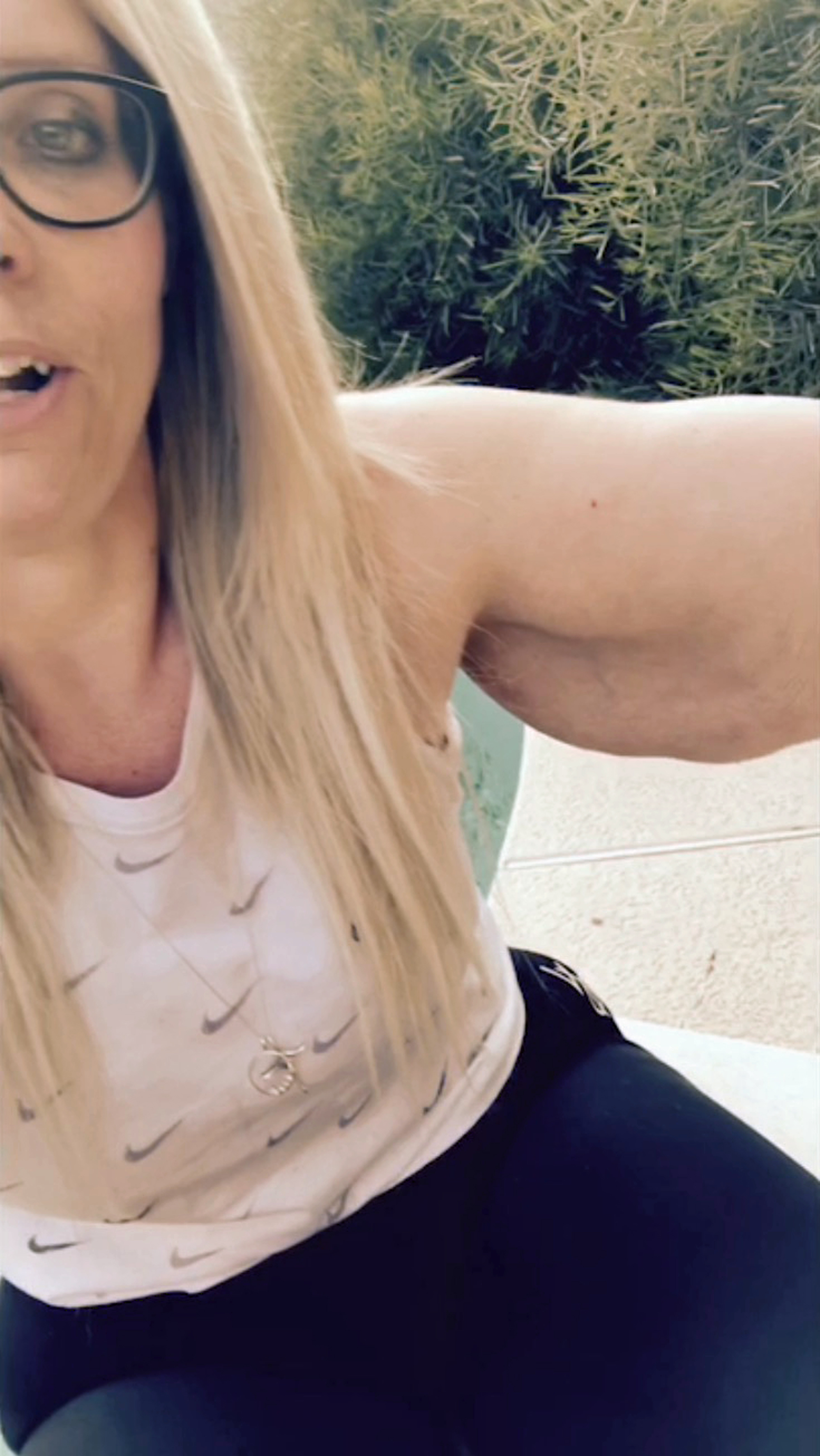 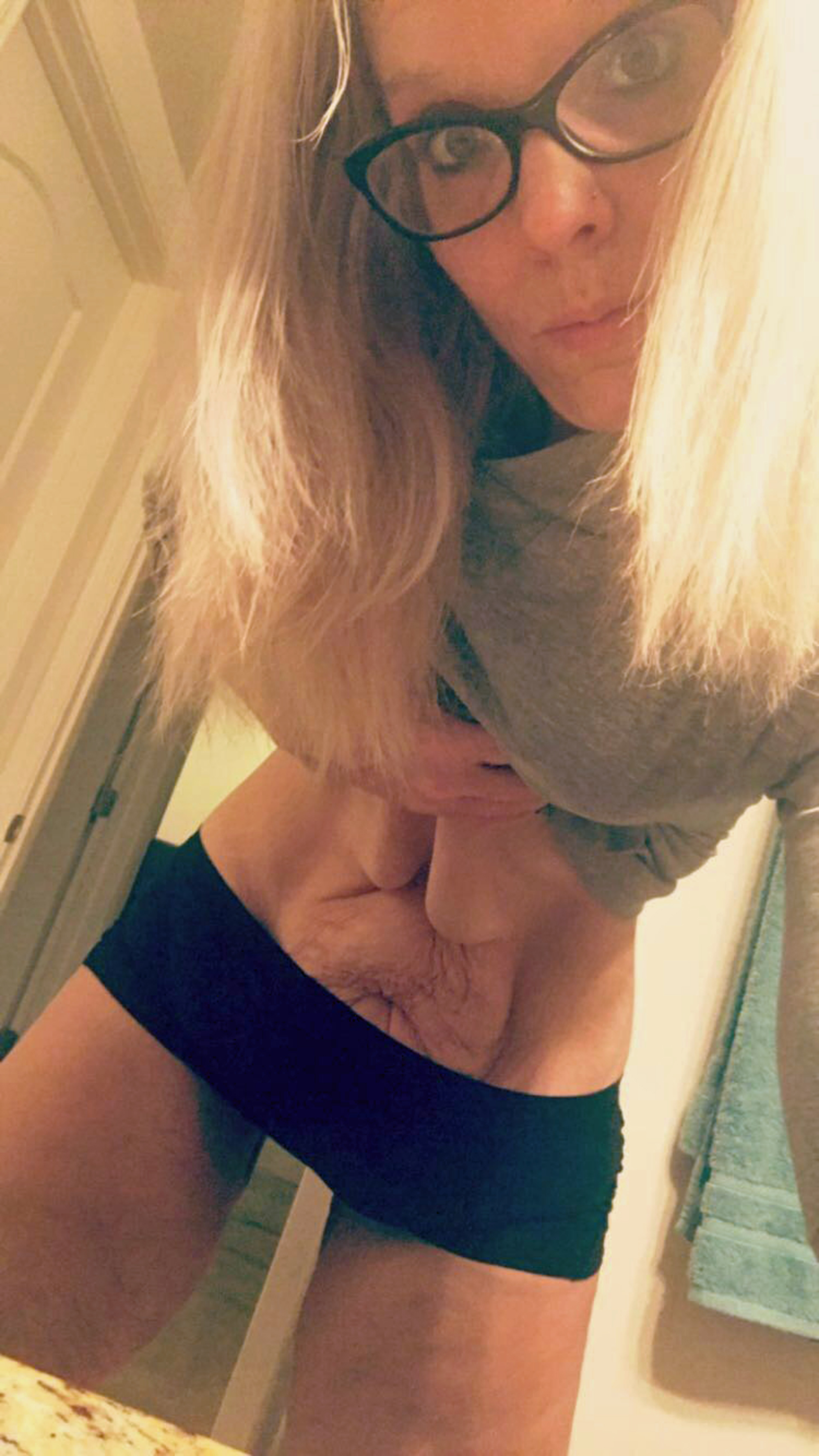 Too embarrassed to go to the gym at first, she started walking for up to 40 minutes every night before she felt comfortable exercising in public.

She lost 5st 5lbs in nine months but after plateauing, she realised it would take even more determination and a total of three years to reach her goal of losing half her body weight.

She said: “When I needed a seat belt extended on that flight I remember trying to hide it and being very embarrassed.

“It was a really horrible moment, if I could have gotten off that plane and gone home, I would have.

“I felt dreadful about myself and didn’t even feel worthy to be on a plane, at that moment I realised I couldn’t be the size I was anymore.”

Joanna's diet before and after

Breakfast – Protein Shake and half packet of plain oatmeal

Joanna is now fundraising to pay for skin removal surgery, which she believes will help her complete her body and mental transformation – enabling her to finally live a happier life.

She needs help after having to spend much of her own money and time taking care of her father who is battling end stage renal disease from severe diabetes.

Due to not having enough problems related to her skin – including sores, rashes etc – her insurance consider the surgery cosmetic and not medical, meaning she has to find the funds herself.

One day she hopes to be free of her loose skin so she can finally close the door on how she used to look, and in turn, how that used to and still to this day makes her feel.

Joanna said: “Surgery would finally end this last chapter in my weight loss journey, I’ve been waiting for the final curtain to fall for years but it hasn’t happened.

“I feel discouraged as I worked so hard and have come so far to see the marks of my old life still weighing me down.

“It’s a constant reminder of what I have had to battle and brings up horribly memories.

“I’ve not been able to think back over all the goals I have achieved and the ways my body has changed because I’ll always be haunted by loose skin.” 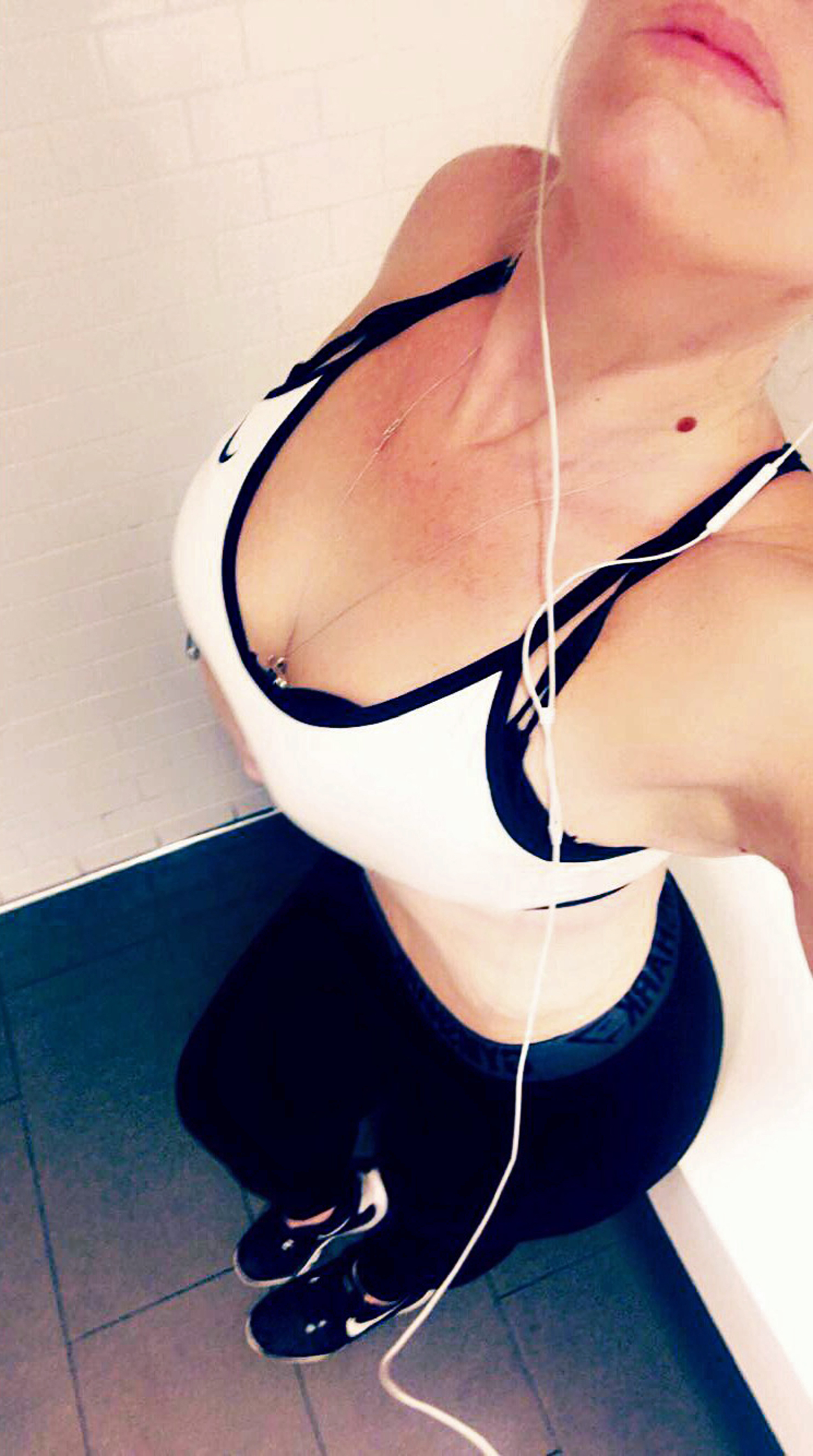 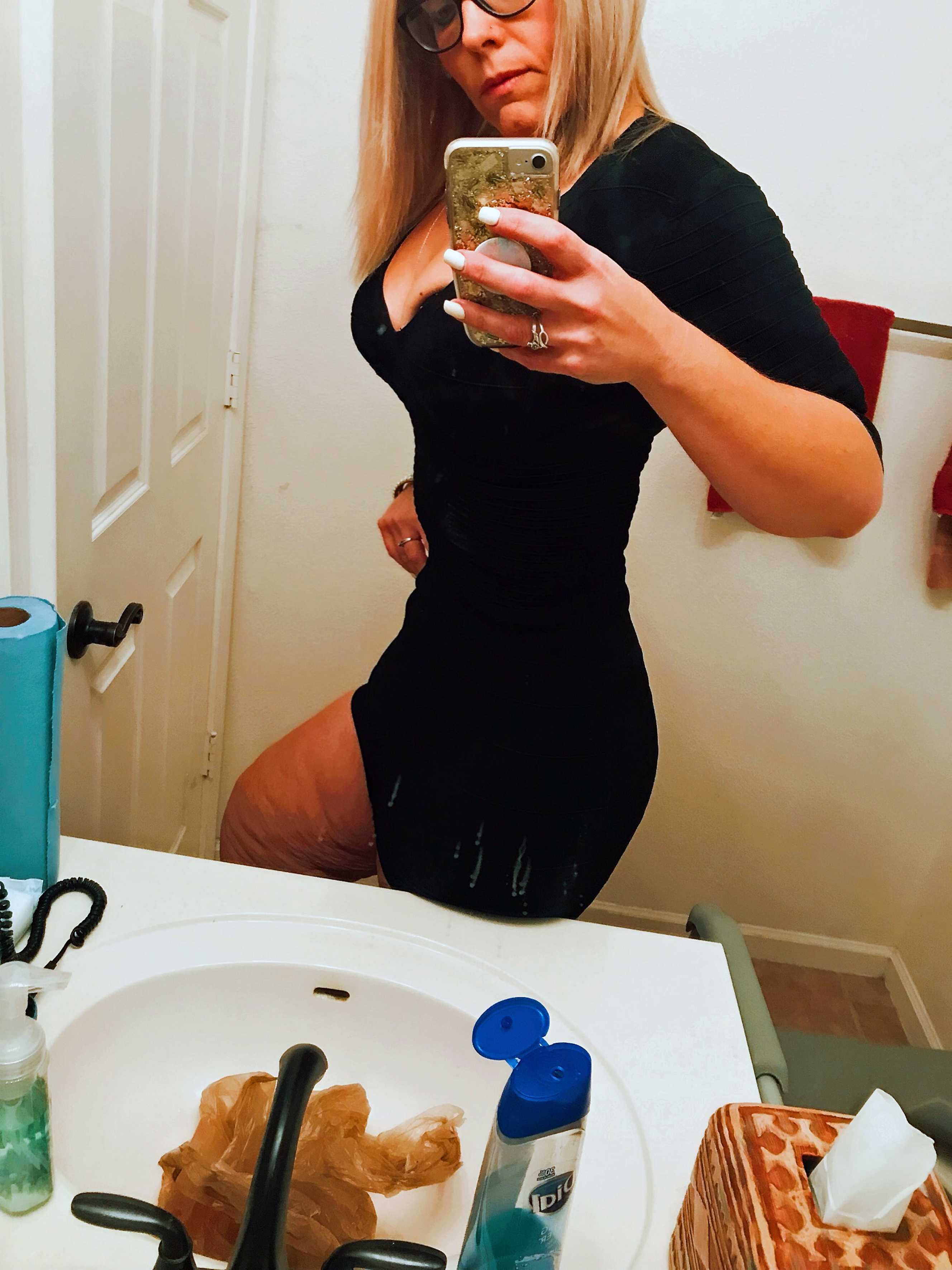