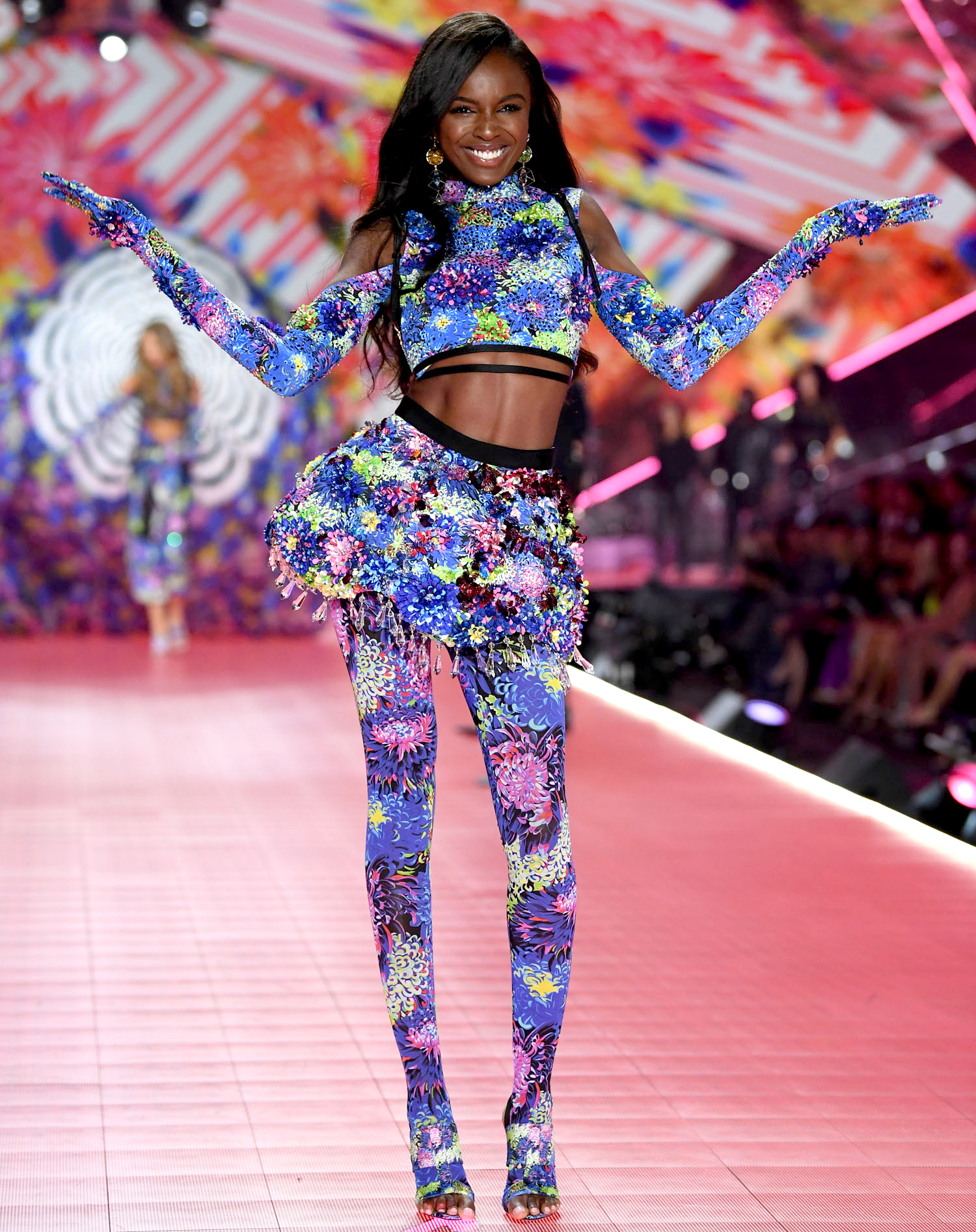 The 26-year-old South London native took to Instagram Opens a New Window. to share the news with a sexy video of her strutting her stuff in pastel-colored lingerie and walking down the Victoria’s Secret runway in past years

“I just love being able to show who I am and show my personality,” Anderson said in the video.

Victoria’s Secret Fashion Show 2018: All the Makeup, Hair Tools and Nail Polish Used on the Runway Opens a New Window.

The Angel wrote in her caption, “Mate I am still in shock… this is something I was even scared to dream about because I never thought it would come true but I am insanely excited to announce that I am Victoria’s Secret’s newest ANGEL!! I can’t even believe it… Thank you to God, my fusion family, Ed, Monica, John, Sophie, Michelle and everyone else who made this once far fetched dream a reality.”

Victoria’s Secret congratulated Anderson on its page saying Opens a New Window. , “Can’t wait to see you rock those WINGS” along with another shot of the model showing off her pearly whites Opens a New Window. with the caption, “We can’t stop smiling either.” Keep reading to find out more about the newest Angel!

She’s a London-Born Beauty
Anderson was born in Wandsworth, London and began her modeling career when she was in her teen years. “I was scouted when I was coming home from school at the age of 14, but didn’t do any big jobs until I was 17… that’s when things were really out in motion,” she told Good American Opens a New Window. . “However, before I could get the big shows, there was the living in the model apartment, trekking from casting to casting and rejection before I got to where I am today.”

She’s Walked in Tons of Runway Shows
Once her career took off, there was no stopping Anderson. She’s walked in shows for Marc Jacobs, Moschino, Tom Ford, Chloé, Yeezy and Fenty Puma and has walked the Victoria’s Secret Fashion show for the past four years. She has also been featured in campaigns for Fenty Beauty and Pat McGrath’s beauty line. 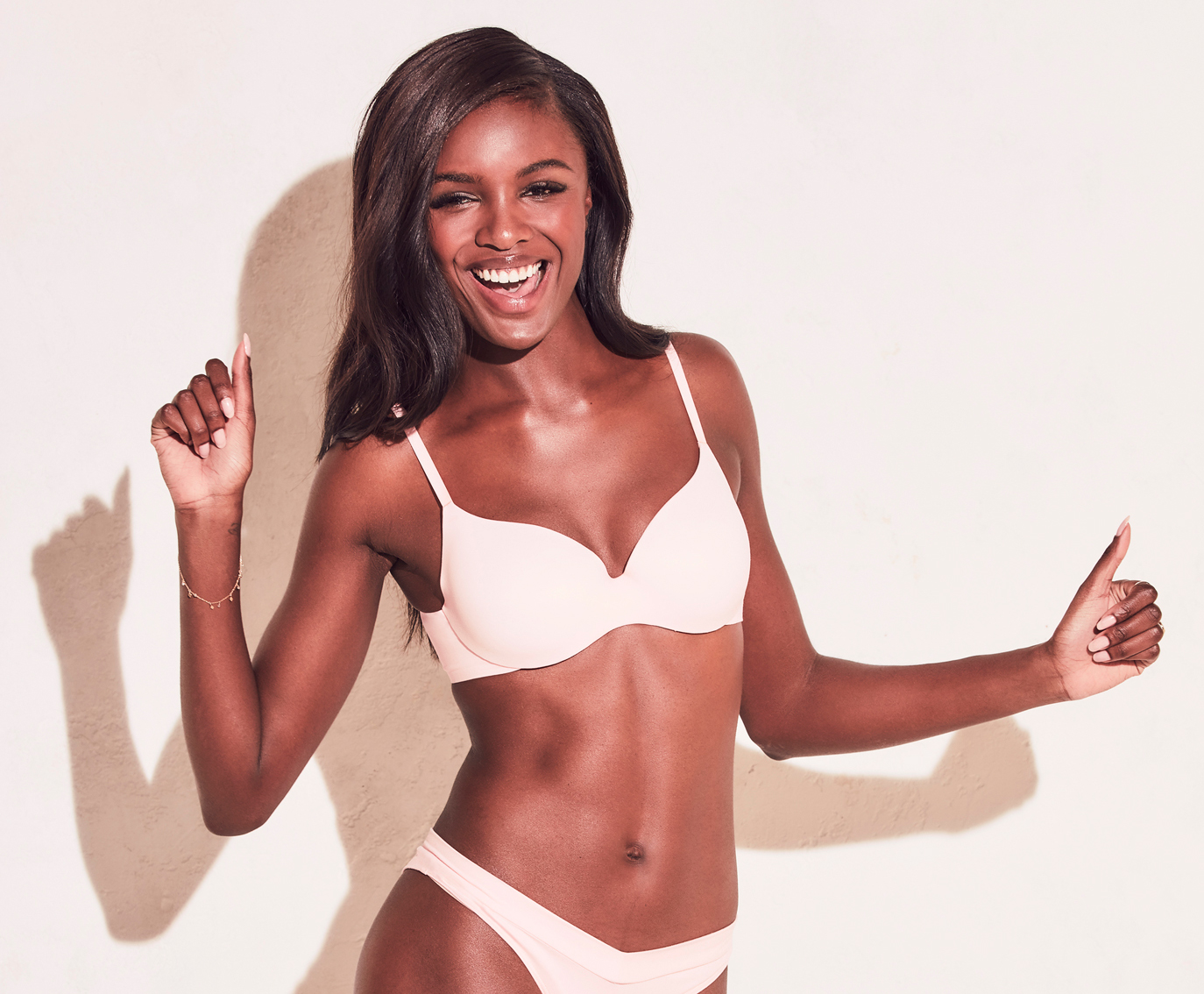 She’s Dealt With Adversity
Although her career is at a peak right now, Anderson admitted that it was a long road to get to where she is. “Female models generally have the same struggles within the industry. Usually sexism, misogyny and just dealing with ignorant people but not being able to say anything back in fear it might affect your job, it’s not easy, she told Good American. “I know that at some point I will face situations that are negative solely because I’m a woman, especially being a black woman.”

She’s an Activist
Anderson is more than just a pretty face and is vocal about sharing her opinion. In 2017, she dropped out of a London Week Fashion Show because she was frustrated at the makeup artists not having the products and skills to work with a diverse range of skin tones. “I don’t think it’s fair to say that just because someone is a celebrity or person of influence that they are automatically meant to be a role model or an activist. I personally, wanted to make sure I was a role model to younger black girls but that’s not to say that everyone should take on that responsibility,” she said to Good American.

She’s an Entrepreneur
In 2016 Anderson founded a blogging platform called LAPP Opens a New Window. (Leomie Anderson the Project the Purpose) which focuses on women’s issues and promotes confidence, positivity and unity in through fashion. Anderson took it even further when she launched LAPP the Brand, an athelisure line loved by Rihanna and Jasmine Sanders. “Fashion is such a universal language and it is the perfect platform to spread messages both online and offline,” Anderson told Forbes Opens a New Window. .