Who would I be if I wasn’t hustling to make some other person, real or imagined, fall in love with me? 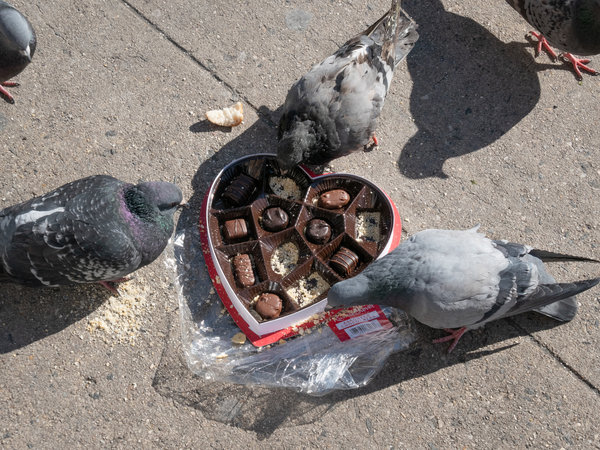 Romantic obsession is my first language. I live in a world of fantasies, infatuations and love poems. Sometimes I wonder if the yearning I’ve felt for others was more of a yearning for yearning itself. I’ve pined insatiably and repeatedly: for strangers, new lovers, unrequited flames. While the subjects changed, that feeling always remained. Perhaps, then, I have not been so infatuated with the people themselves, but with the act of longing.

Even when the longing was excruciating, it fulfilled a purpose for me: namely, the purpose of making meaning in this life. Crushes are like little treadmills of hope in the abyss. We may actually be going nowhere, but there is the sensation of forward motion — something to anticipate, a reason for being, a distraction from death and larger existential questions like “What is everything?” and “What am I doing here?”

Romantic infatuation provided me with a goal, a way to know who I was, however flimsy the yardstick. From a young age I fixated on my physical appearance, striving to modify myself into what I thought another person might want. I “studied” kissing, bedroom techniques, seduction by astrological archetype and other ways of manipulating the universe. Who would I be if I wasn’t hustling to make some other person, real or imagined, fall in love with me?

Even my attempts at self-love, a concept that still eludes me, have been marked by acquisition, stabs at forward motion, the illusion that we ever arrive at completion. In my 20s I really bought into it, reading copious self-help books, consulting with psychics, attending new-age workshops. I sought to “become a whole person,” as though that were some kind of finite destination one could arrive at and then remain there, static; as though the fractured nature of existence itself isn’t already some kind of overarching complete picture, our holes and missing pieces a sort of broken perfection.

What would I have done if I had actually landed on some final, immutable me whom I embraced with all my heart? For the sake of my own hunger for pursuit, I would have likely thrown her back in the water and kept looking. I would have been sad to give up the quest.

Likewise, I’ve sought to fulfill my longing for something bigger than myself — something, for the sake of simplicity, I will call a higher power — through a particular feeling. I’ve wanted a higher power to provide that same narcotic delight one feels in the early stages of a relationship. In those rare white-light moments when I have felt a holy bliss, I’ve quickly purchased a candle or crystal, hoping to pocket the feeling. Unfortunately, that feeling cannot be contained in an object any more than it can be pinned down to one human being.

It is so easy to confuse spiritual longing with a craving for romantic love. Beautiful people are everywhere, whereas the desire for some kind of eternal beauty or ineffable truth is more nebulous, always just out of reach. Recently, on a solo holiday trip to Paris, I saw tangible beauty all over the city: in twinkling silver lights, the blackness of my coffee, the florid cemeteries hinting at a more immortal mortality. The beauty conjured feelings of deep rapture, but also a simultaneous ache of longing. I couldn’t figure out why the beauty made me so sad.

On the Métro, I saw a group of university students: three men and one woman. One of the men, the handsomest among them, kept reaching out to touch the woman’s earring. The woman would smile at him and then look down. I was reminded of the lovers frozen in time in John Keats’s poem “Ode on a Grecian Urn.” They are eternally about to touch, forever on the precipice of kissing.

I felt envious of the students’ youth and what appeared to be a new, blossoming love affair — maybe their first of early adulthood. They couldn’t freeze that moment any more than I could return to the past, but they were in it now.

This is what I am sad about, I thought. There are no more romantic firsts for me, at least not as a young person.

I thought about a former lover who had grown up in Paris: the youthful exploits he described, the wild romantic and sexual explorations he’d had in Pigalle. I decided to go to the area and retrace his steps down the Boulevard de Clichy. I thought that perhaps if I could see what he had seen, recreate the journey, then maybe I could siphon some of that feeling of newness for myself.

But in walking down the boulevard, I was surprised to discover that it was mostly sex shops, a sex club or two, nothing I hadn’t seen before. I didn’t feel transformed into a rapturous state of newness. Was I missing something?

Afterward, I decided to walk up Montmartre and meditate at Sacré-Cœur. It was freezing on the way up as I turned the corners of dark, cobblestone streets, then scaled the many stairs of the last hill. Suddenly, I saw the immense, glowing white stone domes of the church jutting up into the night sky. Then I heard a voice say, I’ve been waiting for you.

Look what I do for you, I said to my higher power, shivering in the wind. Look how far I am willing to go for you.

Meditating in the church, its colossal, swooping arches lit by the fires of hundreds of red glass prayer candles — so many wishes and desires here on Earth — I realized that my sadness had not been romantic in essence, but concerned the ephemeral nature of all beauty. It’s sad that there’s nothing we as human beings can do to freeze a beautiful moment. It’s sad how many beautiful moments have come and gone.

I considered purchasing a candle — or maybe a magnet — in one of the gift shops. I wanted to somehow bottle this moment. But for once, I decided not to try to take the feeling with me in any physical form. Maybe I could just let it live inside me. Maybe it is possible to hold onto a moment simply by having lived it.

Chris Maggio is a photographer living in New York. Melissa Broder is the author of “The Pisces,” now available in paperback.