A POOR young girl had head lice for THREE YEARS before experts stepped in to rid her of the infestation.

In the short TikTok video the Lice Angel's account, the professionals showed what they described as a 'level ten infestation'. 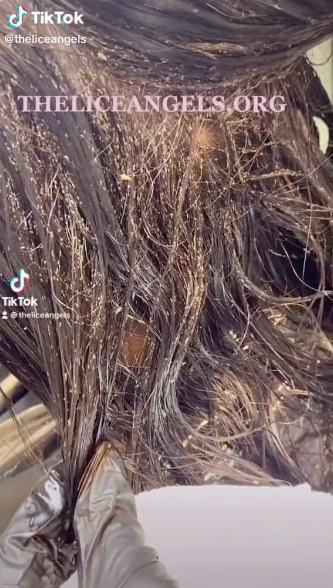 They explained that the young girl was under going treatment with them to remove the lice and restore her scalp and hair.

They said: "We're going to take you on a journey of her lice removal treatment here.

"She's going to need five treatments total. We applied the treatment and everything is already dead.

"Everything is organic, all natural. It smells really really good and it also has vitamins loaded into this treatment. That way it's also nourishing the hair and it's cleaning the hair." 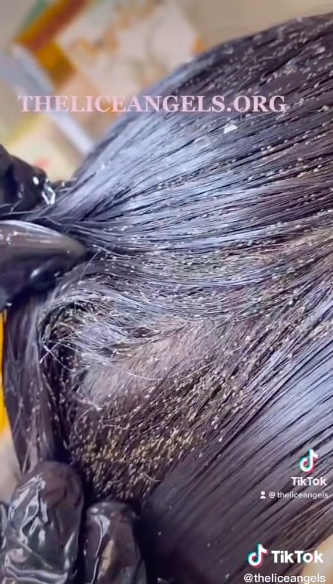 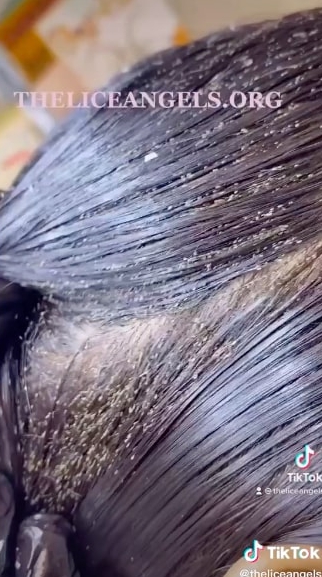 They parted the hair to show thousands of the little bugs nestled in the poor girl's head.

The video then showed a comb running through the hair removing huge batches of the insects in one go.

The video was uploaded with the caption: "Three years of LICE & Millions of super bugs in little girls hair." 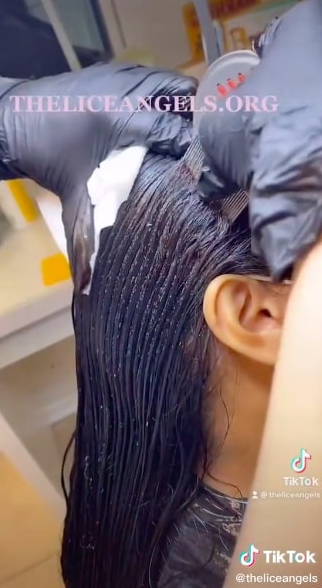 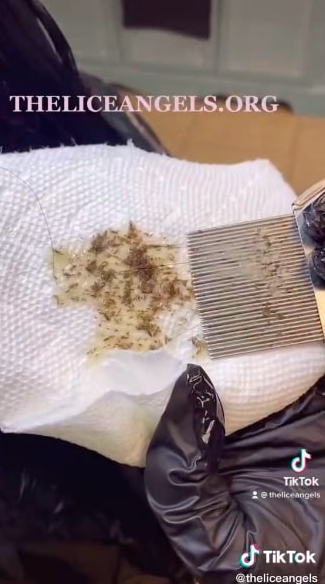 Viewers were less than impressed at the level of care this child must have been receiving to have had hair lice for this length of time.

One said: "At this point it's the parents' fault. How do you let your child suffer like this for THREE YEARS?!!"

Another agreed: "Three years? That's neglect. Just no – it's so bad. Like as a parent this bothers me deeply."

In other hair and beauty news, this woman asked her hairdresser for gorgeous curtain fringe but was horrified by what she ended up with.

Plus, this stylist showed off her client’s botched extensions, which are so bad she lost whole handfuls of hair.

And this beautician baffles people by waxing the OUTSIDE of her nose – but it might be the secret to smooth make-up.