A TWO-DAY labour doesn't sound like a lot of fun – but one amazing father-to-be helped his pregnant wife get through her's by reading her a book about their love story.

Kendall Caver, 29, from Atlanta, Georgia, surprised other half Jasmine, 28, with the sweet gesture as she prepared to give birth to their daughter Sofia in hospital. 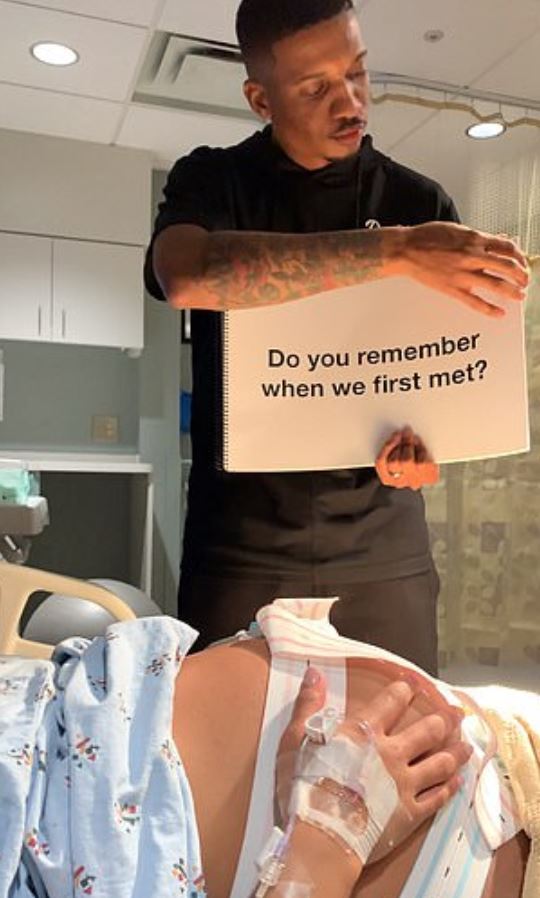 In a post on Facebook, the doting future dad shared a video of him flipping through pages detailing their decade-long relationship.

The heartwarming clip – viewed more than 2.4 million times – showed him dressed in a black top emblazoned with 'Daddy'.

As he presented their love story to her in large font on individual sheets, he included significant moments in their romance, such as how they met at university and their wedding day. 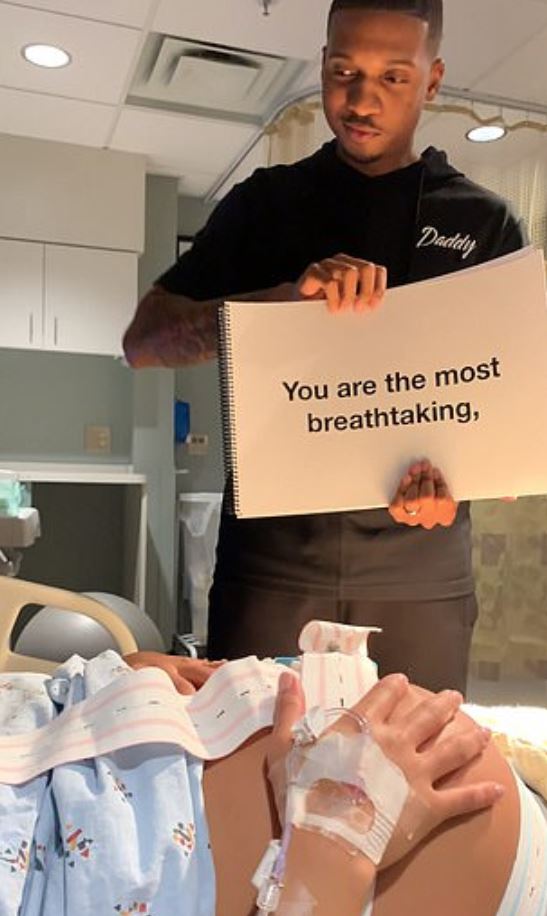 One page read: "Do you remember when we first met? Almost 10 years ago. Before the bills. Before we started our careers. We were just kids in college who took a chance on each other."

It continued: "Over the years, I've been your biggest fan. I've laughed at the same jokes 10,000 times.

"When people ask me how we made it this far, I tell them… A lot of prayer. A lot of patience. A few rough times. She gets me."

The book also featured the advice they received on the day they got married: "We are going to be tested but… there's no test we can't face together." 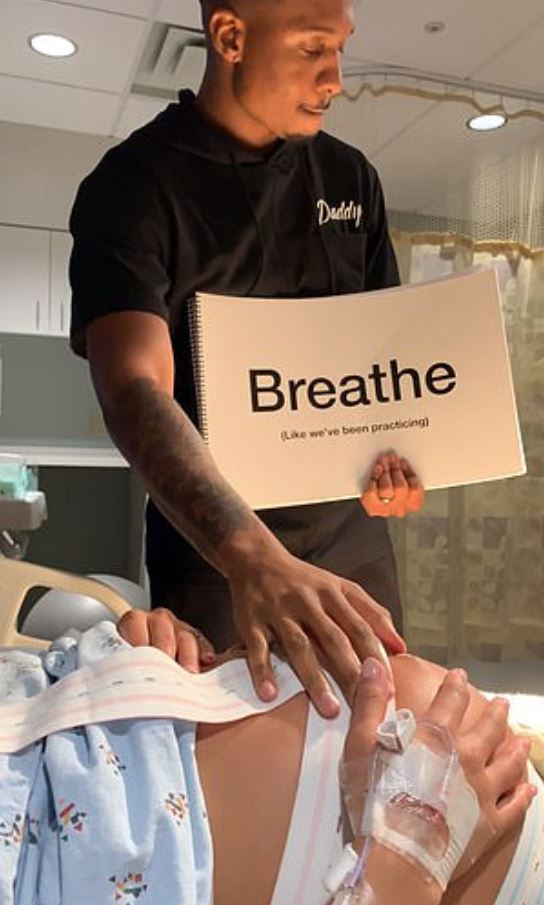 Jasmine can be seen rubbing her belly as Kendall performed the incredible gesture.

During the story he reminded her to "breathe" just "like we've been practising".

However, the book also revealed a particularly difficult moment the couple, who wed two years ago, have been through.

They suffered a miscarriage, but he told her he would "do it all over again to know the indescribable happiness I know today". 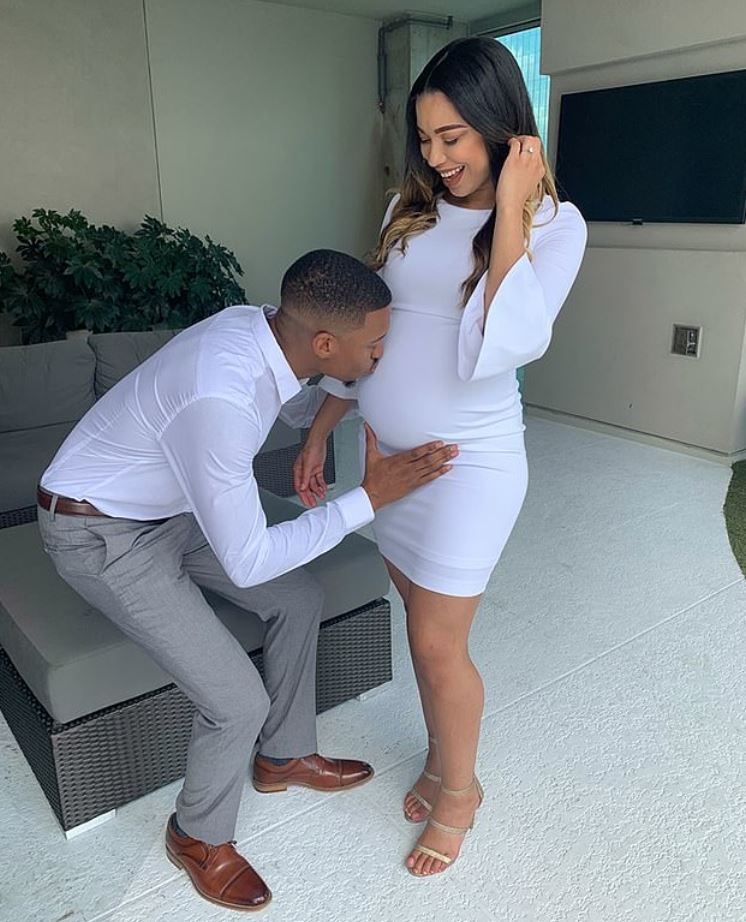 The husband finished with: "You are the most breathtaking, fearless, wonderfully made woman I know. "You are my best friend, soulmate, and in just a few pushes you'll be the most amazing mother our daughter could ever ask for. I love you!"

He then leaned over and gave his wife a kiss. 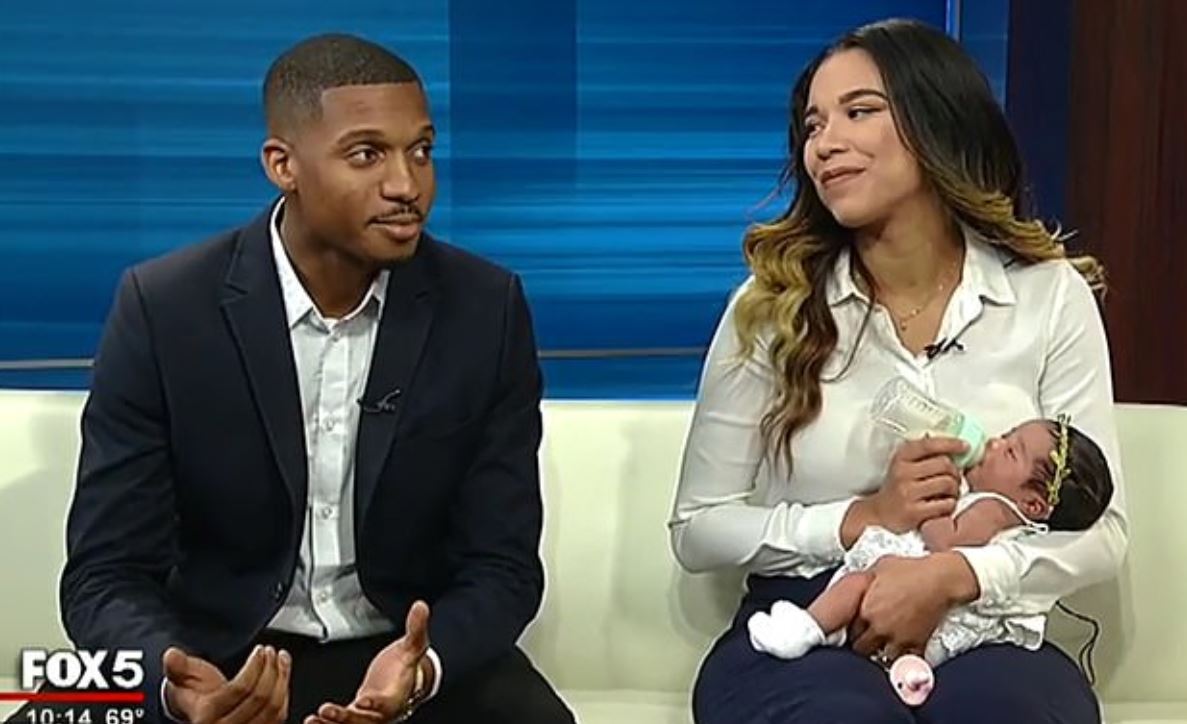 One person wrote: "Well this is just the sweetest thing ever and I'm still crying. You definitely got the last good man maam."

Another commented: "This man is a keeper! Congratulations on your blessing from God!"

Speaking to Fox 5 Atlanta, Kendall said that he came up with the idea for the book when Jasmine admitted she was anxious about going into labour.

His wife added: "I felt really blessed that he would pull out such a book like that.

"It took my mind off of everything, and I was just really thankful to have him do it."

Yesterday, we told you how a dad was left red-faced after he let his son take a "cool toy" in for show – only to find out it's a menstrual cup.

We also revealed how a stay-at-home mum flogged her kids' toys on eBay to fund her own £700 private cocktail bar complete with a wine rack and crystal glasses.

And a new mum was left fuming after as midwives kicked her husband out during the birth of their son because "the presence of men was disruptive".