These days silver sisters are ditching the dye to embrace their natural greys, with 200,000 Instagram results for #greyhairdontcare and 40,000 for #greyisthenewblack. Here, ISABEL DEIBE speaks to four women in their twenties and thirties who have already gone grey gracefully. 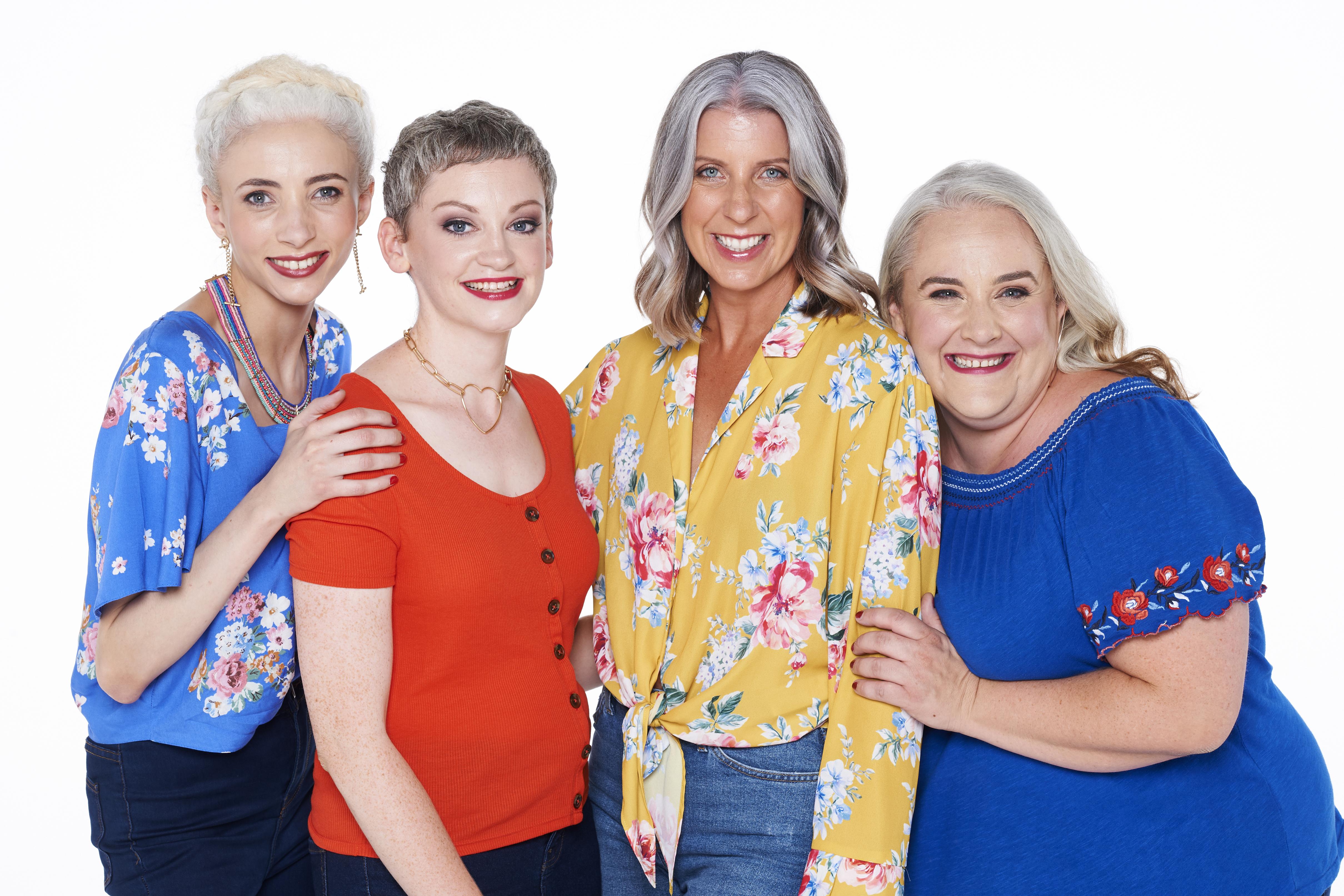 Elizabeth, 26, says 'accept that people are who they are'

MAKE-UP artist Elizabeth Rhodes started going grey at 15 and believes it was genetic and partly due to the stress of having several operations as a child. To begin with she dyed her locks blonde with the help of hairdresser mum Sally but stopped because the chemicals damaged her hair. 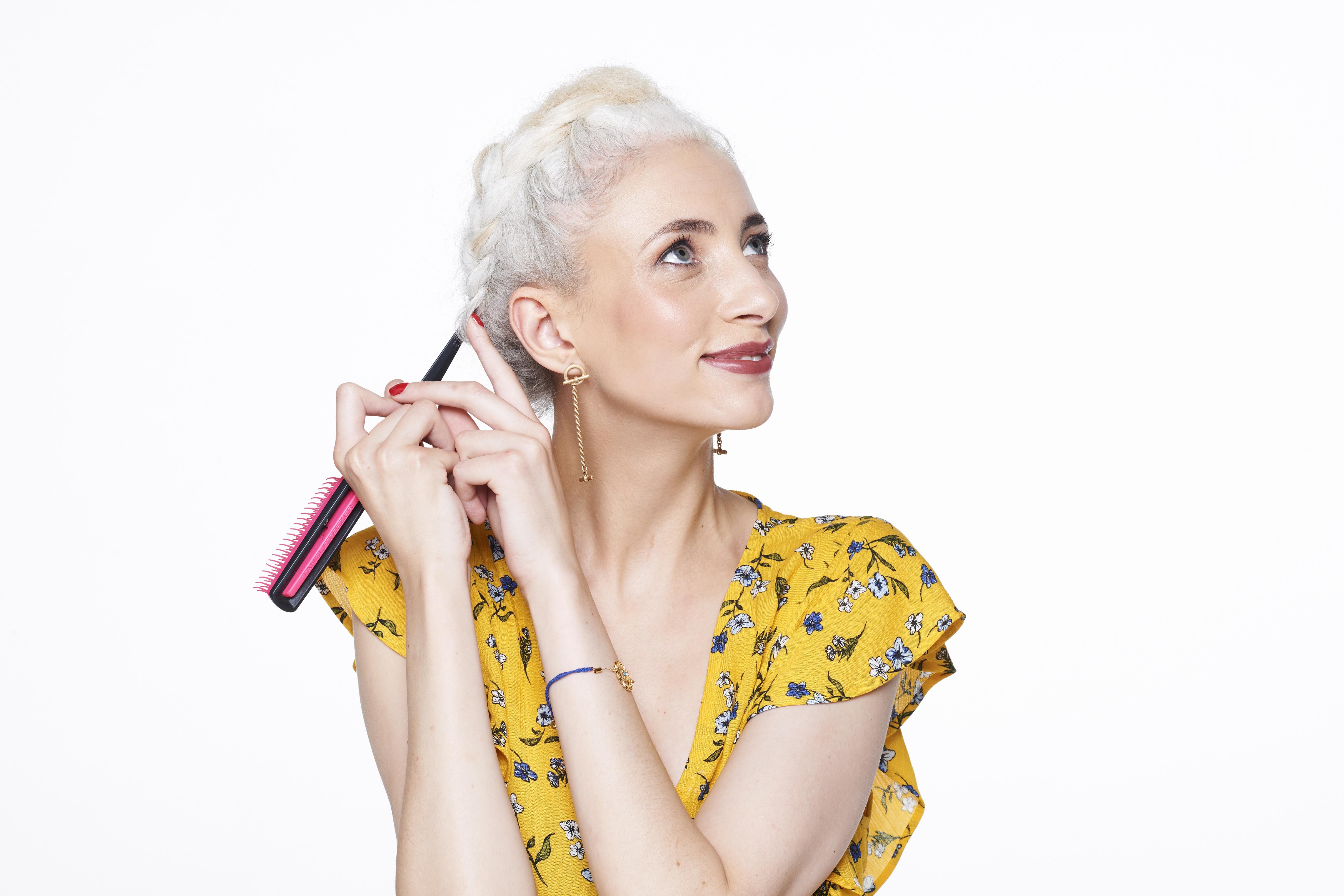 "Being part Trinidadian, I have afro-texture hair. I love my distinctive look and I get a lot of comments because you don’t see many people so young with hair like mine. I got tired of covering my greys so often, and I was worried about the damage I was doing to my hair – I used to dye it every two weeks.

"Over the past few years my greys started to grow back even more quickly, so I made the decision to stop ­colouring it.

"I was a little self-conscious to begin with because it’s a weird situation to go grey that young. But now I’m ­completely grey and haven’t coloured my hair in a year, and I love how different I look.

"I definitely embrace what makes me unique. Instagram really helped me to be confident with my colour, as every time I posted I would get feedback about accepting my grey hair. 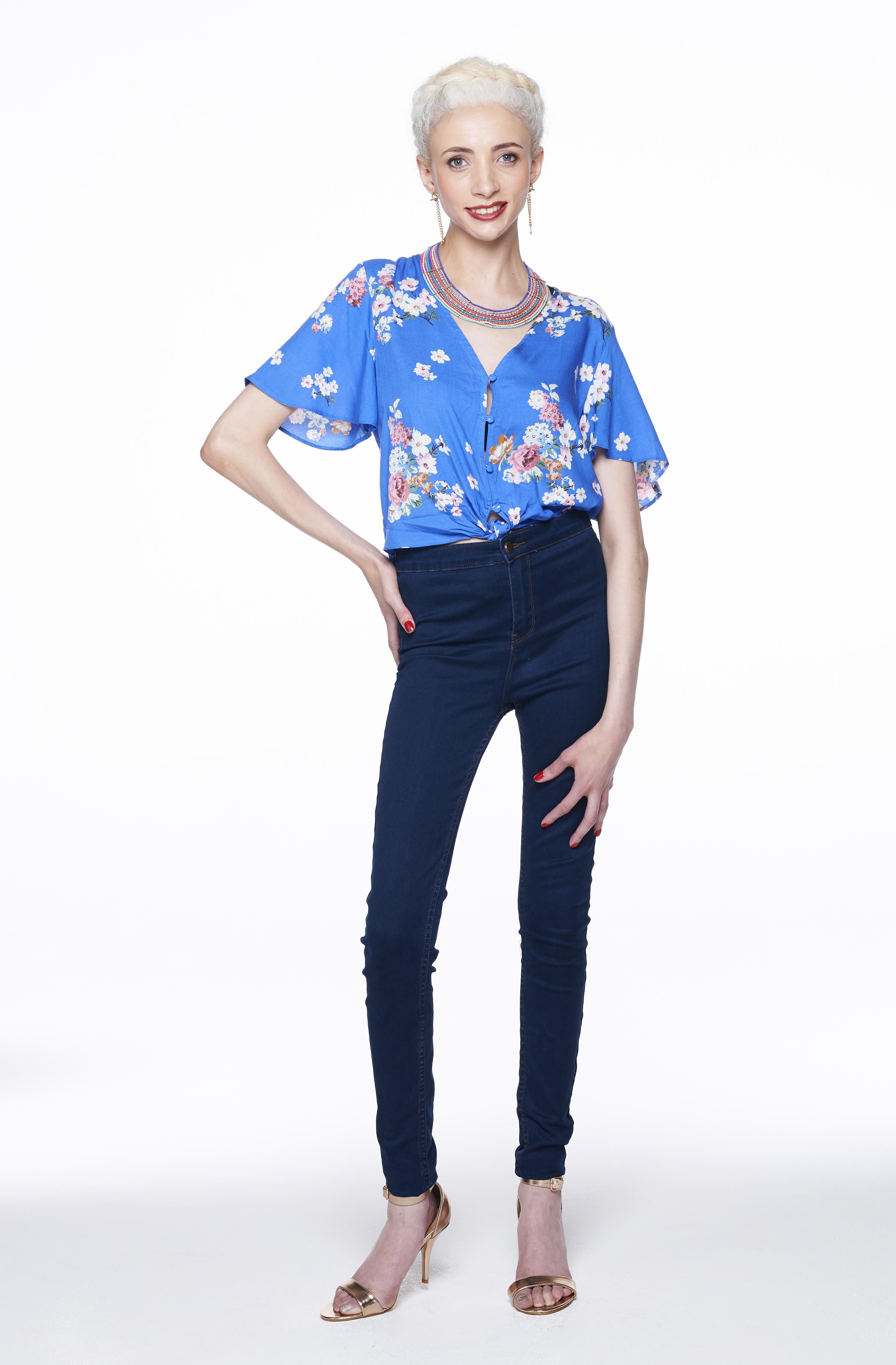 "We should be able to accept that people are who they are and that life is about embracing your quirks.

"I hope I can encourage others not to use hair colour as a mask. If people judge you, they aren’t who you should be around."

INTERIOR designer Kelly Bassett started going grey at 16 and, as an adult, she regularly dyed her hair for more than a decade, until just over a year ago.

Now the 38-year-old mum to India, five, and Ezra, two, has more confidence than ever. Kelly, who lives in Brighton, East Sussex, with husband Duncan, a 58-year-old underwriter, says: 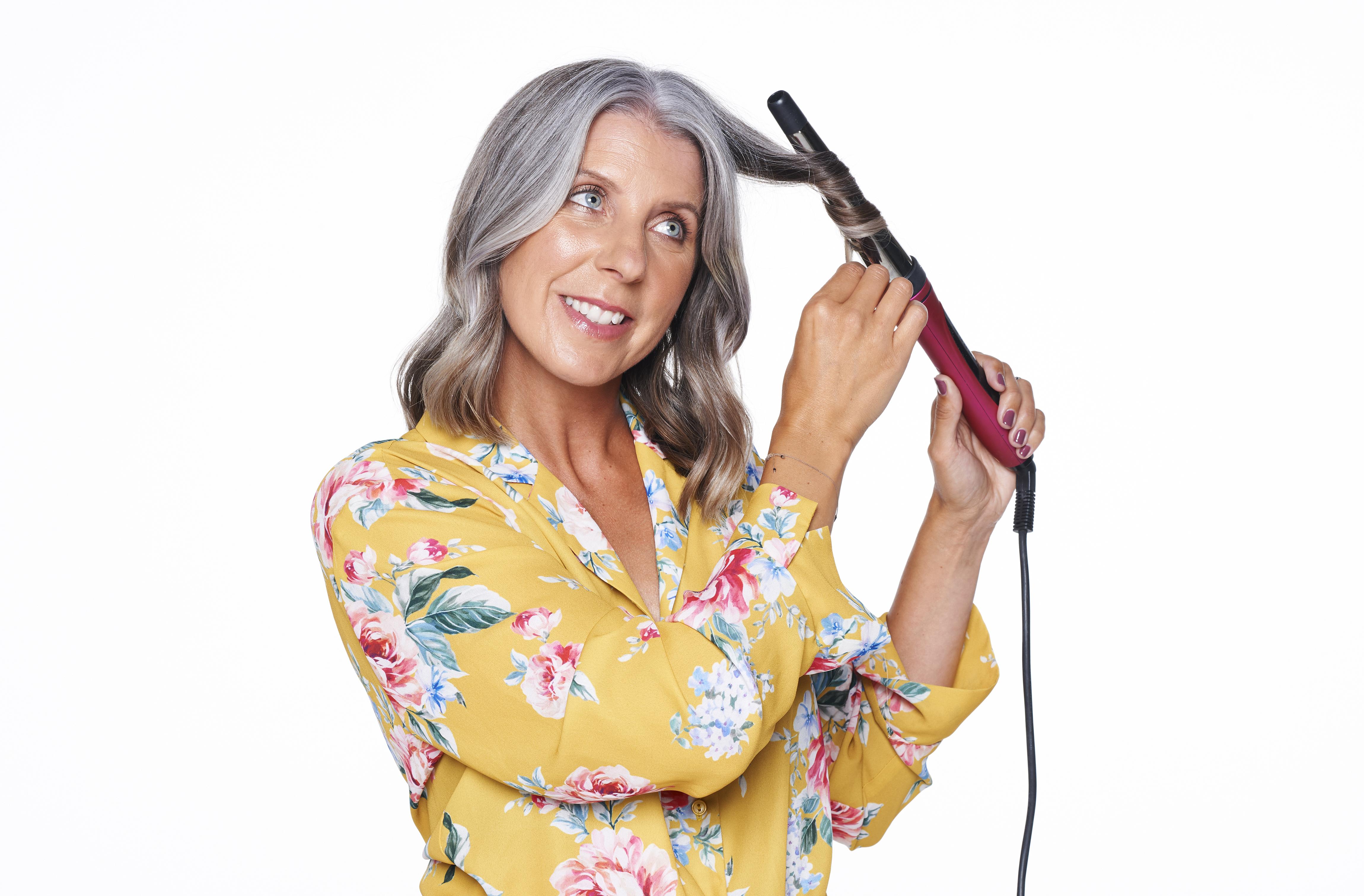 "At 16, grey hair was not something I wanted to experiment with. At that age you just want to fit in, so I would tint my roots with dye from a box.
"When I got pregnant in 2012, I wanted to feel ­glamorous, so even though I stopped dyeing my hair, I used root spray to cover my greys. I did the same ­during my second pregnancy.

"It wasn’t until the end of 2016 that I started to grow my grey hair out. I knew I would be turning 40 in a few years, and I wanted to be fully transitioned by then.

"I wanted to change the stigma. I looked at ­Pinterest but the women dominating the grey hair scene, such as Helen Mirren and Diane Keaton, were much older. Those like Kate Middleton, who had grey roots, were almost slammed for not covering them. 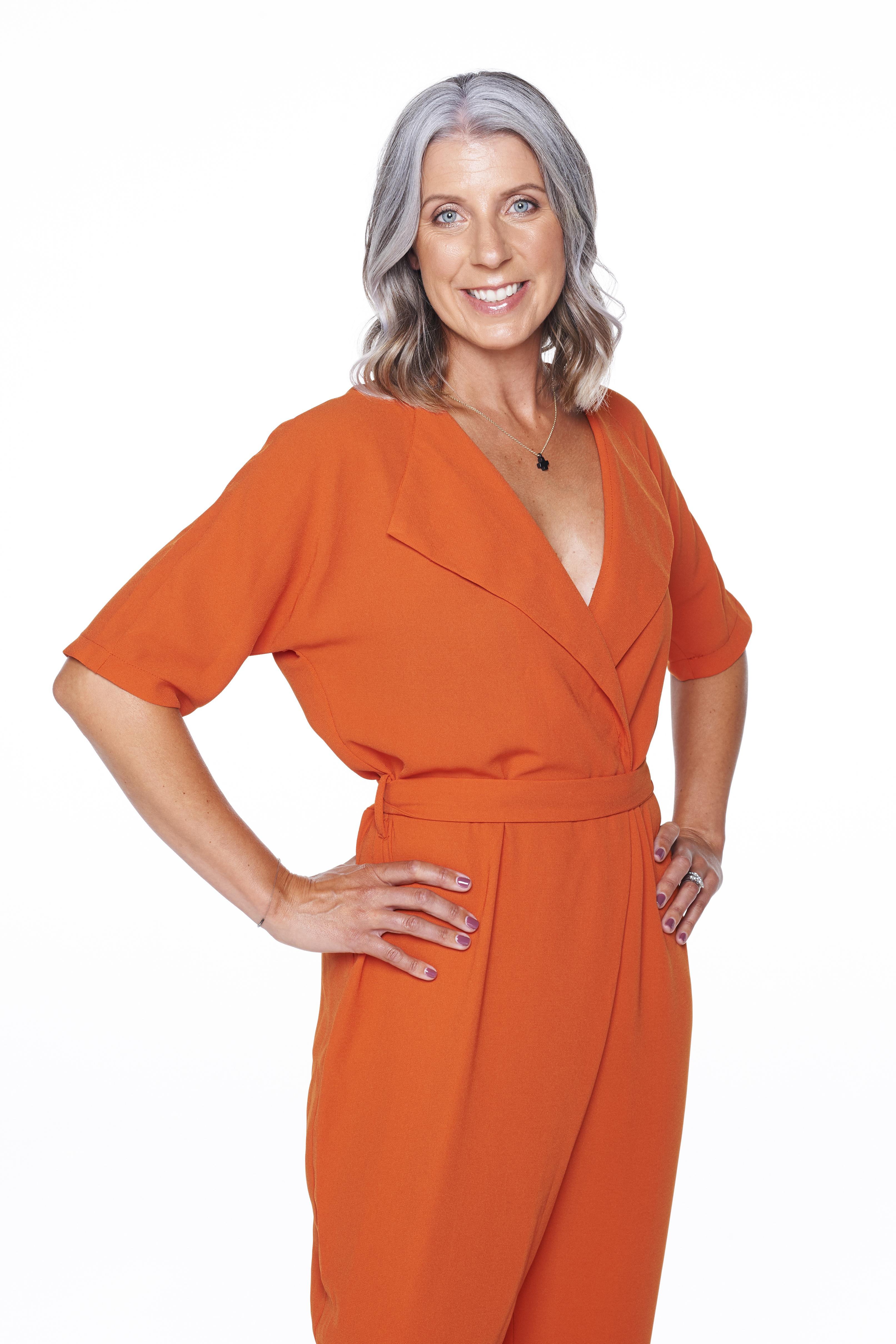 "Then I found some blogs of women embracing their greys. My husband is grey, and has been since we met.

"I feel that a man with grey hair is seen as a sexy, distinguished silver fox. Images of grey women, even in their late thirties or early forties, don’t exist in the media.

"I’m so happy grey is now becoming more widely accepted. Grey is not something to cover up but can be something empowering."

MUM-of-one Maria Tunney started going grey at 16 and, after regularly dyeing her hair for 15 years, she stopped when she got pregnant in February 2016. 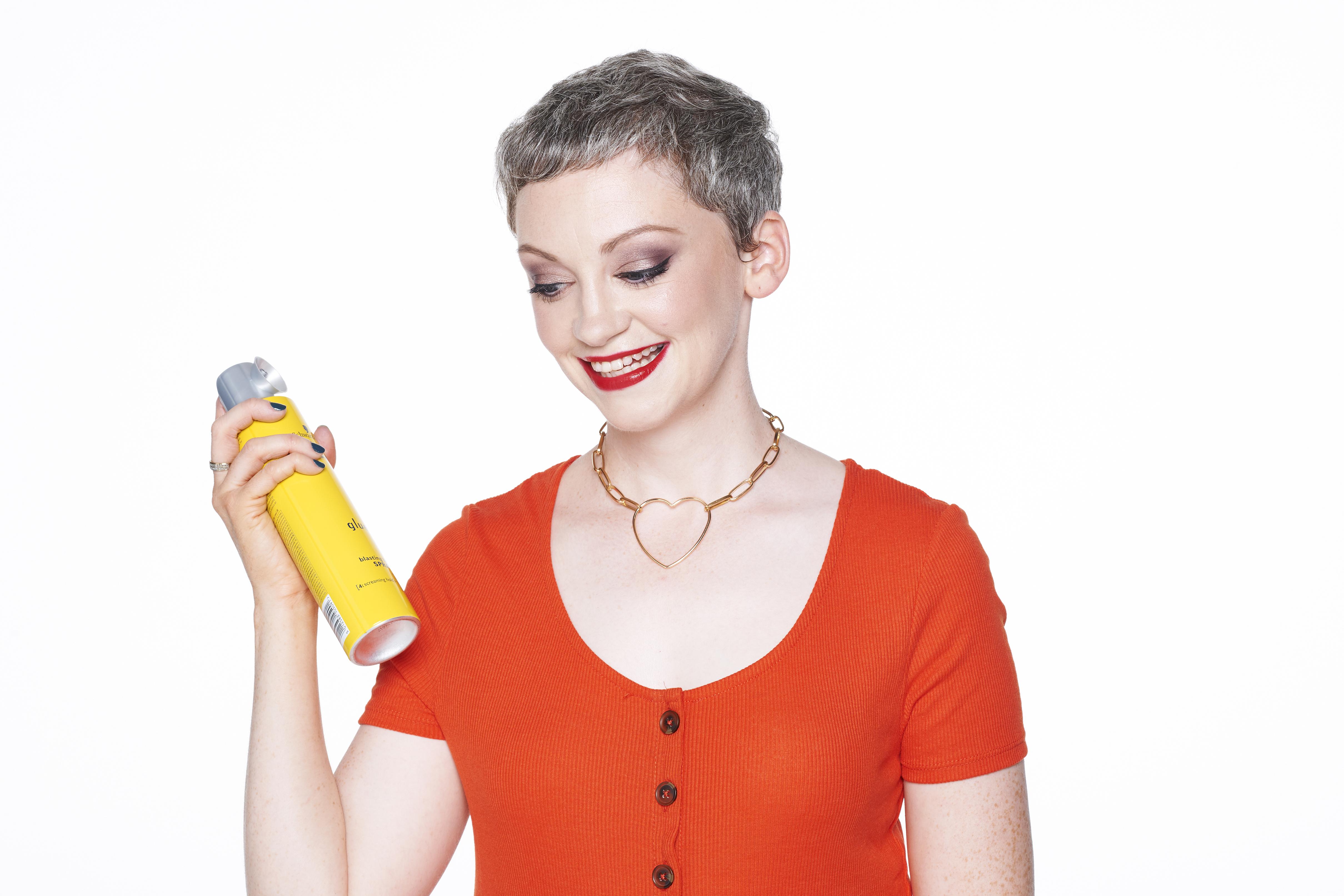 "I felt really self-conscious about my greys when I was a teenager, but it runs in the family.My brother, sister, mum and dad all went grey fairly young.

"I had platinum blonde hair before I was ­pregnant, but the bleach was so harsh and your skin gets really sensitive when you’re pregnant, so I got blonde highlights instead.

"This worked really well for a while because you didn’t notice the greys, but the upkeep got too tiresome and expensive. I decided to cut my hair short and dye it grey, because I couldn’t wait to get through the transitioning stage.

"At first I hated it because people kept telling me I was too young, so after Ada was born I put the blonde back in. But then my maternity pay ended and I couldn’t ­afford or justify the blonde highlights and I started to care less and less about what people thought. 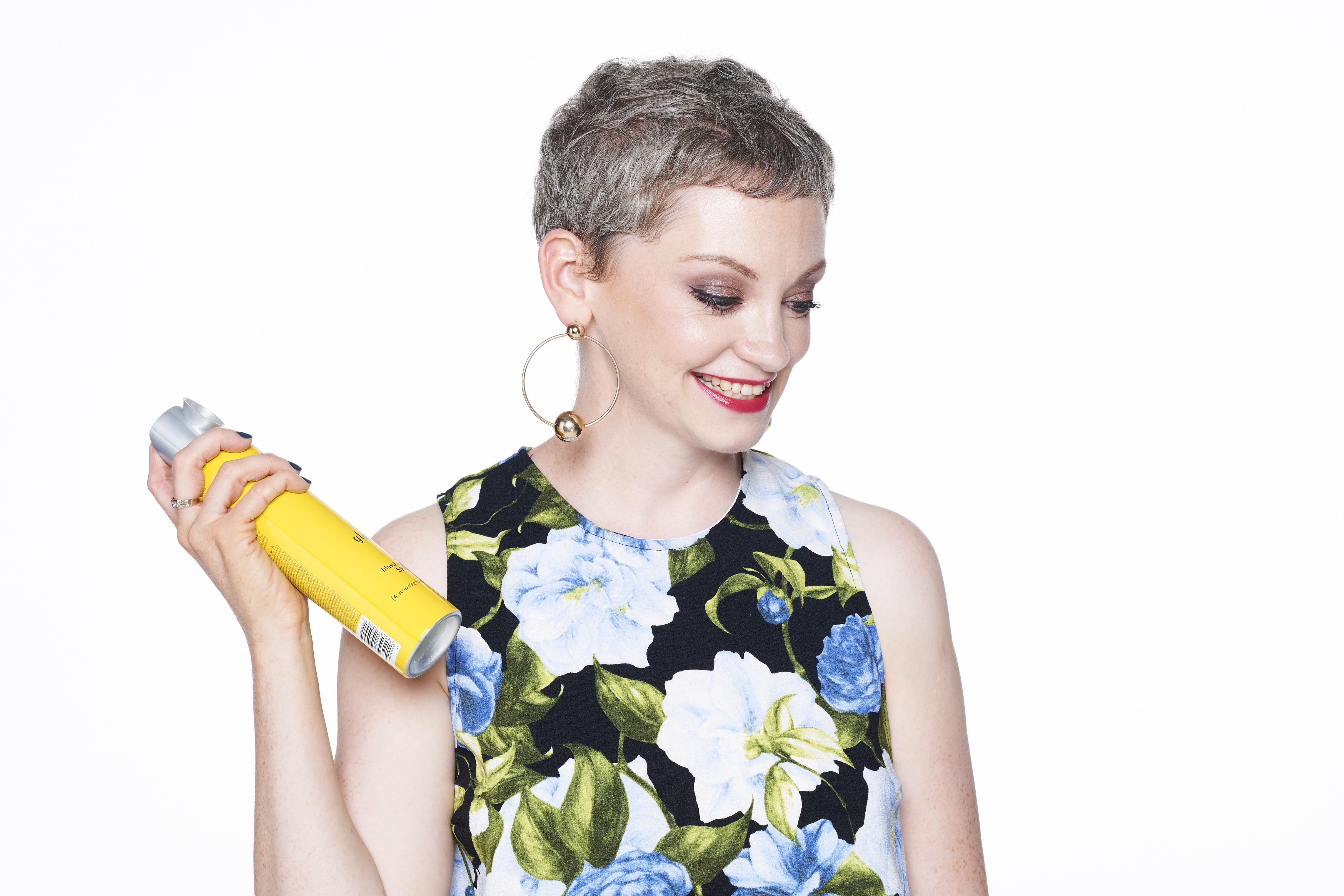 "I decided it was time to stop loathing and start loving my silver fox status. I had it cut really short – I wanted a really cool, short cut. Now I get charged for a man’s haircut, but I am ­working my look and that’s what we all have to do.

"Just wear it with pride and never mind the haters. At first it was a bit of a shock to the system, and I had my doubts, but my husband loves it.
"The new me might be more tired, my hair greyer and softer, but I am tougher as a person."

ROBERT EATON, creative director of Russell Eaton salons, says: “Transitioning to your natural grey hue can seem daunting but it doesn’t have to be a dramatic overnight change.

"Work with your colourist and opt for a grey camouflage service.  This involves applying colour to your hairline in a lighter shade to help disguise the re-growth line of your natural hair. Continue this until you’ve transitioned into a full head of grey.

“You won’t see any harsh re-growth lines throughout the process. Grey hair also tends to become more brittle, dry and frizzy. Combat this with quality products such as anti-ageing shampoo and conditioner.”

AGED just 11, Suzanne Hunt found her first grey hair. She started dyeing it in her late teens and was totally grey by 27.

Now 37, she lives with partner Grant Everall, 35, and son Rhys, ten, in Mansfield, Notts. Suzanne, who is a carer for Grant, who has a disability, says: 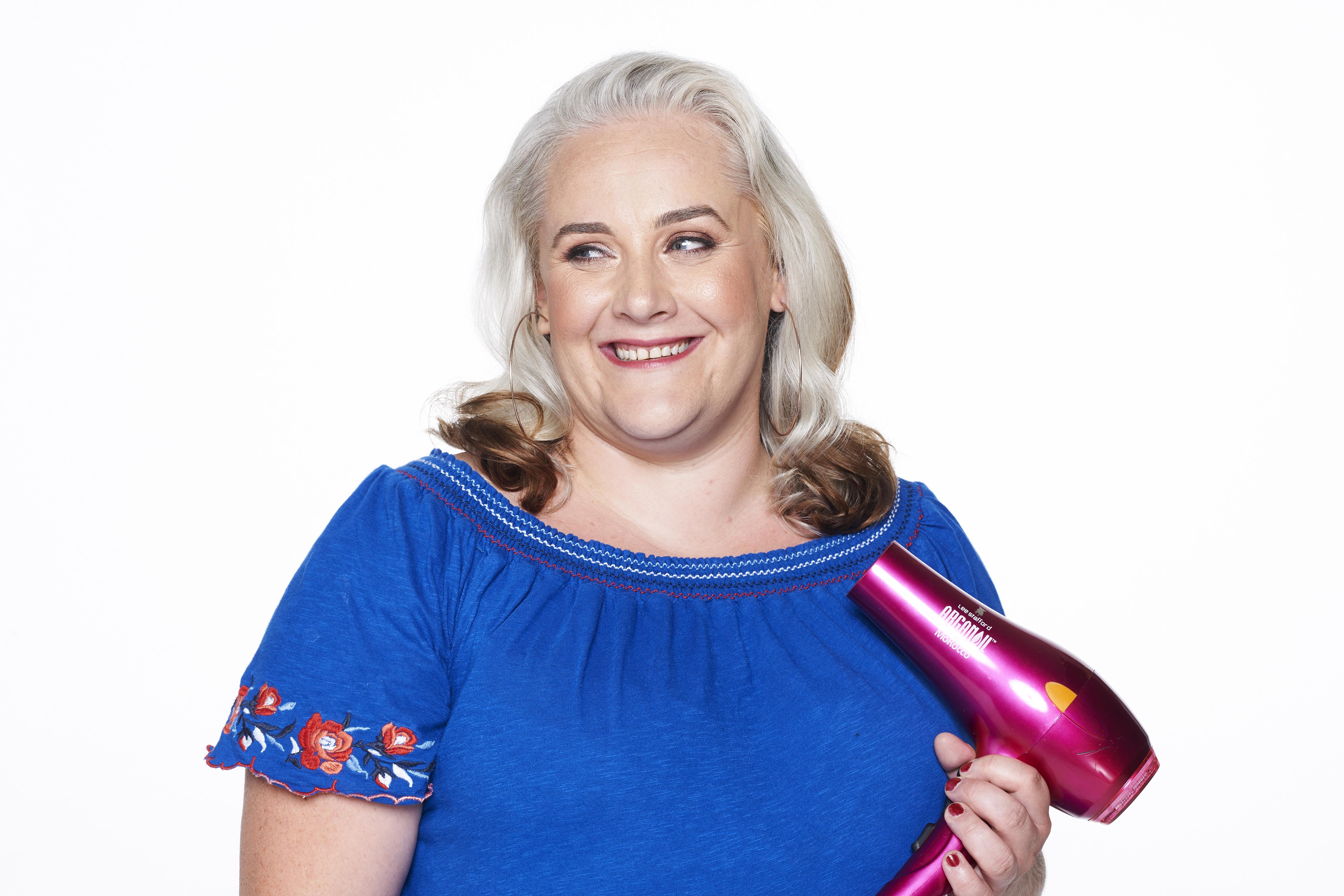 "I remember my friends playing with my hair in the playground in the first year of secondary school and they said, ‘Oh my god, Suzie, you’ve got grey hair.’

"Going grey early runs in my family, so it wasn’t a ­surprise. I wasn’t self-conscious until my late teens, when I started to dye it. However, during my pregnancy I couldn’t dye my hair and became embarrassed about my roots. I hid away throughout most of the nine months.

"After having Rhys, I started to dye it again.When I met Grant online, five years ago, he tried to convince me to meet up in real life, but I kept putting it off as I was embarrassed by my grey roots.

"I kept refusing until I had got my roots retouched. A few weeks into our relationship, I confessed why I had delayed meeting up for so long. Grant could not understand why I didn’t like my ­natural hair, and from then on he was on a mission to persuade me to stop dyeing it. 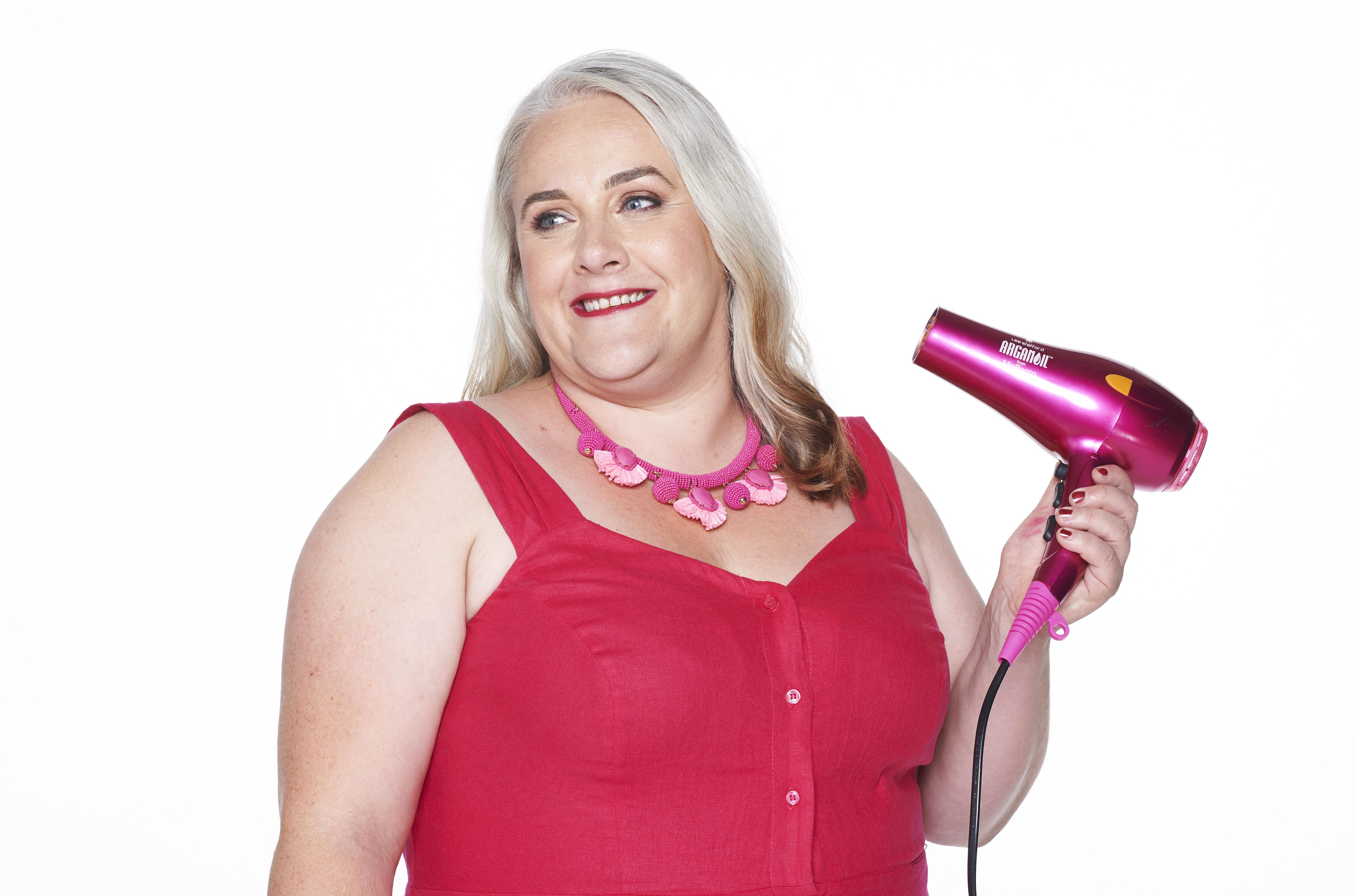 "Now I love my greys. We are engaged and waiting until my hair is long and silver before we set the date.

"I’ve been growing my grey out for 19 months. The grombré movement is brilliant.

"It’s helped me massively to embrace my grey hairs."