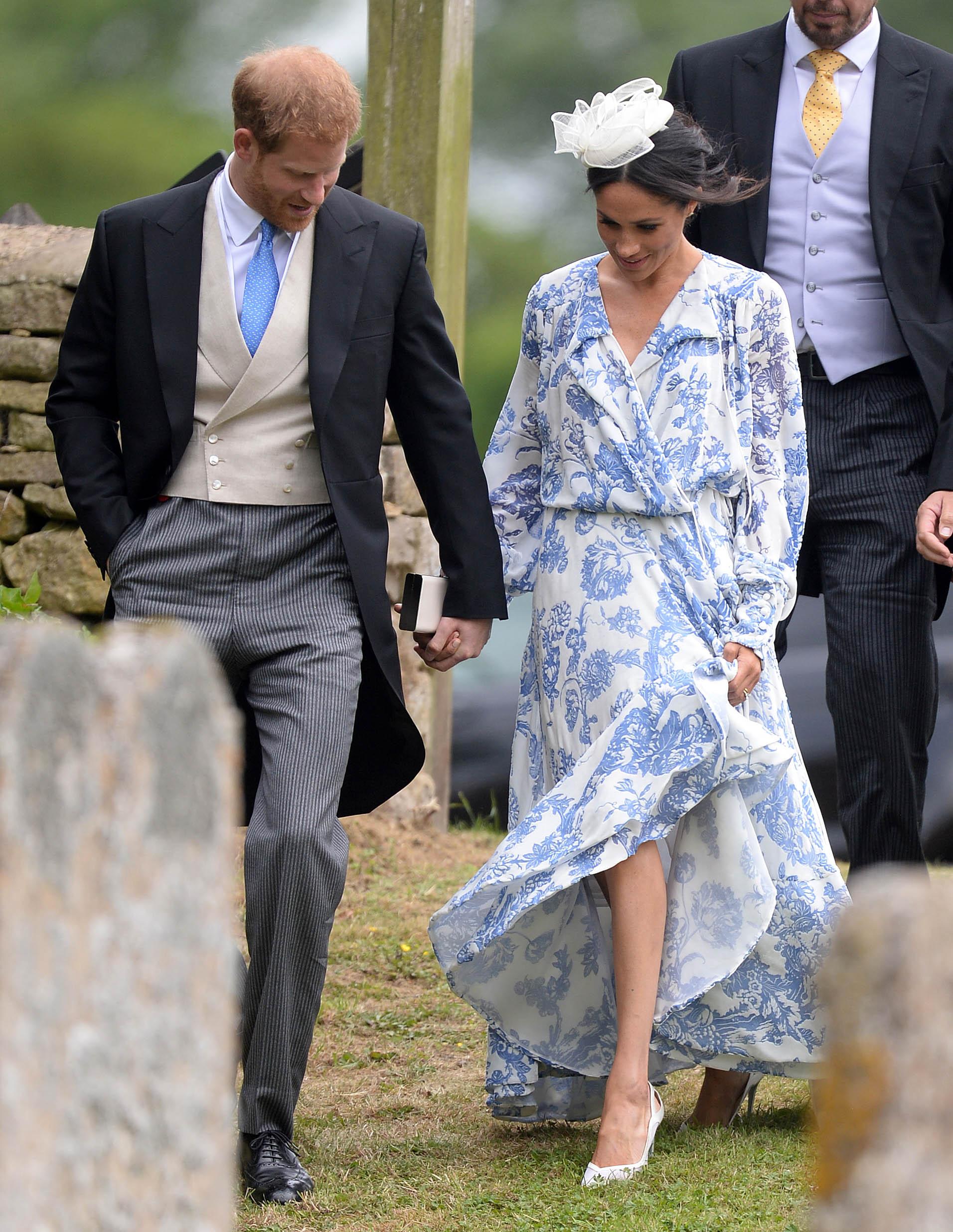 Eagle-eyed royal fans pointed out it bore a striking resemblance to a tunic by Catherine Walker that Princess Diana wore during a visit to Saudi Arabia in 1986.

Instagram fan account loveprincessdiana posted a side-by-side picture of Meghan and Diana in their respective dresses, which highlighted the similarities of the necklines and patterns.

People took to social media to comment on the comparison, with one writing: "Beautiful prints on two beauties."

Though not everyone was so complimentary, with one person asking: "Really??? She's coping Diana's style." 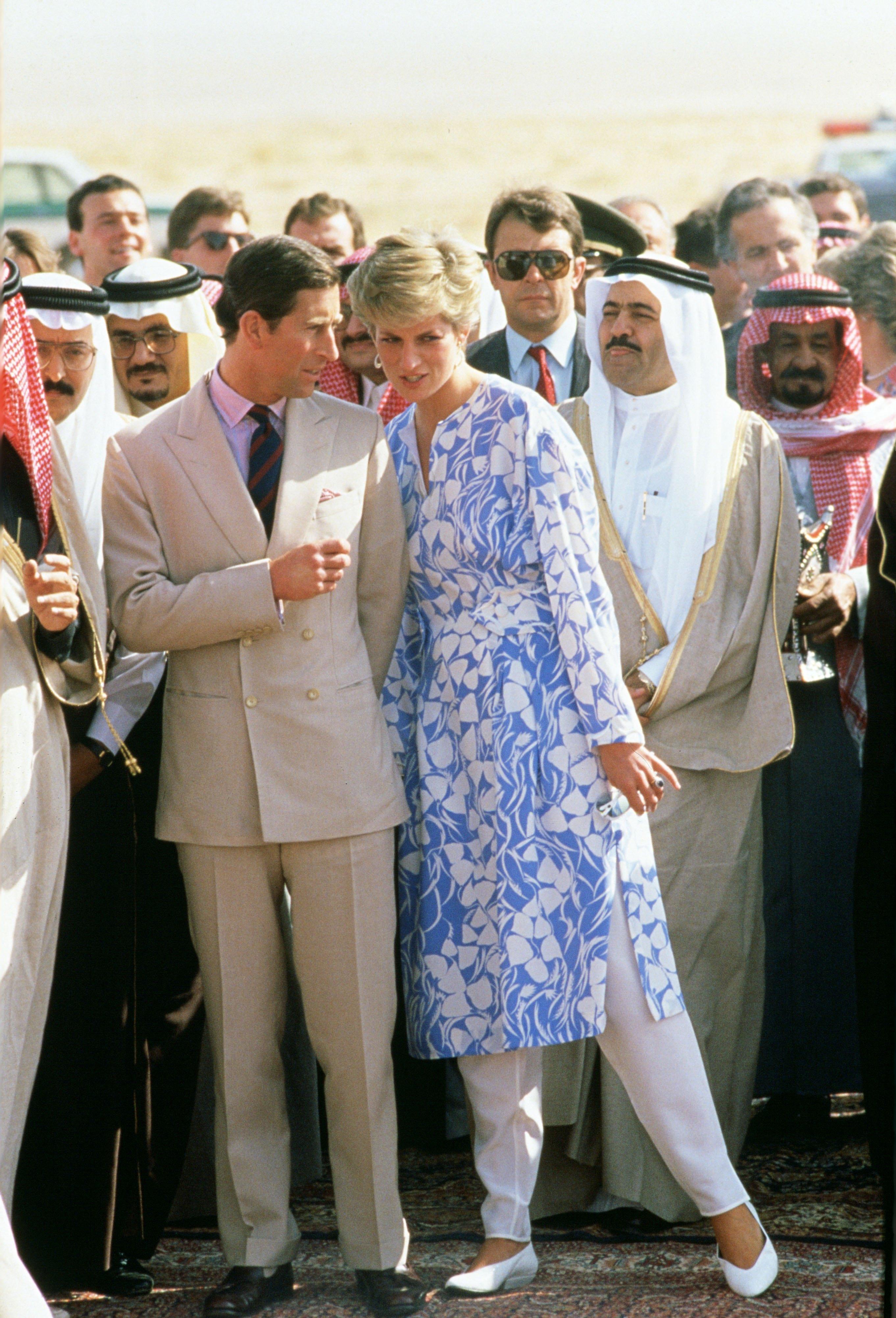 Another said: "Only one Diana, Meghan is her own person, with her own style. Hope they let her be her own person and not try to copy Diana. It just looks strange otherwise."

The duchess also came close to taking a tumble in her towering Aquazzura heels.

She finished off her outfit with a £29.50 fascinator from Marks & Spencer which is destined to sell out. 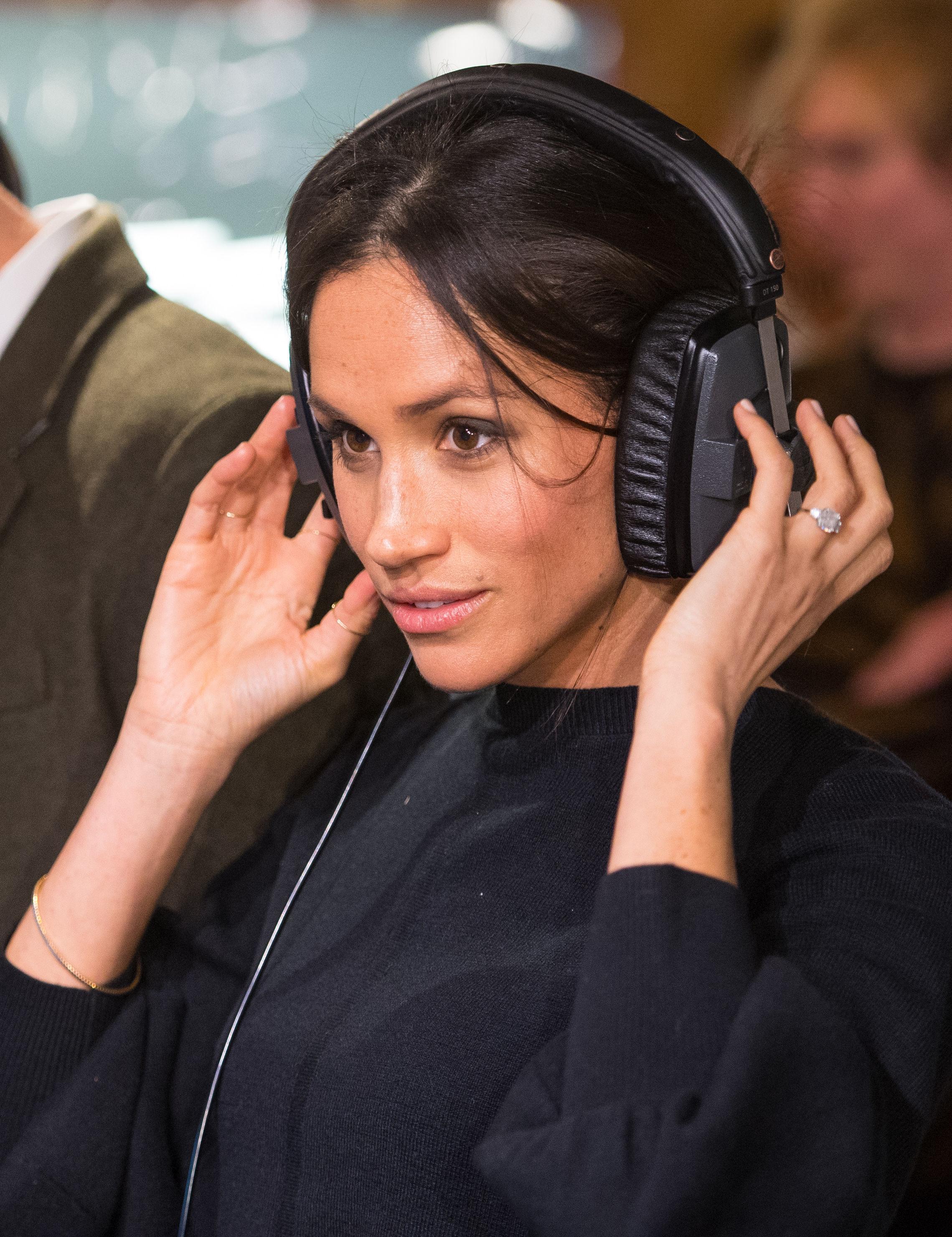 It's not the first time Meghan has sent shoppers wild over an M&S item.

A £45 bell sleeve jumper became an instant sell-out after she wore it on a visit to a south London radio station with Prince Harry back in March.

The Sun's Royal Photographer Arthur Edwards has likened Meghan to Princess Diana, particularly when it comes to her manner around children.

He said: "Just like Diana used to do, she squats right down to get onto their level."