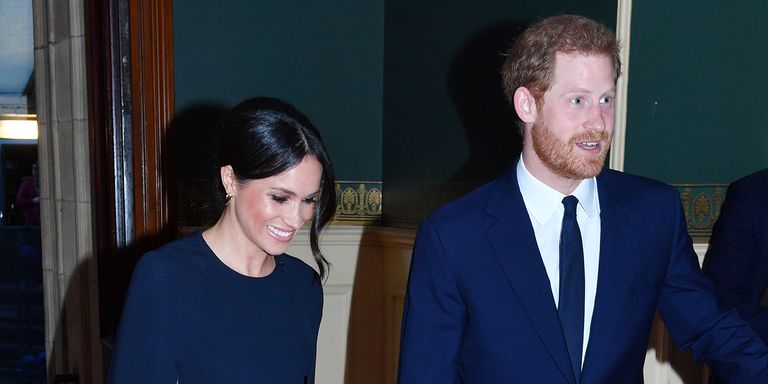 Meghan Markle has had an incredibly busy weekend so far. Fresh from wearing the most perfect floral Self-Portrait dress this morning at an Invictus Games reception, Markle attended the Queen’s Birthday Party concert this evening, dressed flawlessly in a Stella McCartney cape dress.

Queen Elizabeth II turns 92 today, so celebrities and members of the public alike attended the concert in her honor. Markle arrived at the Royal Albert Hall in London with Prince William and Prince Harry. As Kate Middleton is due to give birth to her third baby any day now, she wasn’t in attendance.

Earlier today it was confirmed that Middleton’s role in Prince Harry and Markle’s May 19 wedding would likely be small, as she will have recently given birth. A source told Vanity Fair, “Frankly Harry and Meghan are just happy that Kate will be there given she will only just have given birth. They have told her there is no pressure on her to do anything, they just want her to enjoy the day.”