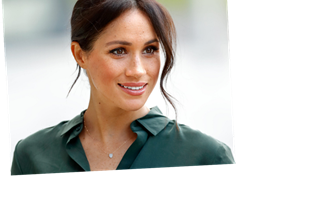 MEGHAN Markle has been blasted as "unworthy" and "fake" over her interview with Oprah Winfrey in a shock rant on Australian TV.

The Duchess of Sussex complaining about her time in the Royal Family would have left viewers feeling nauseous, according to Sky News Australia presenter Alan Jones.

In an anti-Meghan outburst that has been compared to Piers Morgan's infamous rant on GMB, Jones said "I am sure there were many people reaching for the chuck bucket over this Oprah Winfrey interview"

"If these two had any public support left, which I doubt – it was all lost today," he added.

He then hit out at Meghan for claims she made about an unnamed member of the Royal Family supposedly expressing "concern" about the potential skin colour of her son Archie.

"The Meghan Markle way you see… Condemn everyone name no one – the tactic of an unworthy person," he said.

On Meghan's sensational claim that she and Harry secretly married in private the day before their televised wedding, Jones said "He said: "That about sums it up doesn't it. The wedding was a fake – the lady's a fake."

The rant comes as a source claimed Prince William is “worried” that private conversations with his brother will be “plastered over American TV”.

One source close to Prince William said: “There's a lack of trust on both sides which makes moving forward very hard.

“William is now worried that anything he says to his brother will be plastered over American TV.”

The princes have barely spoken to each other for more than a year after Harry and Meghan announced Megxit on their Sussex Royal Instagram page.

For full details and analysis of the sensational interview, follow our live blog below.