Here's everything you need to know about the Duchess of Sussex's pregnancy. 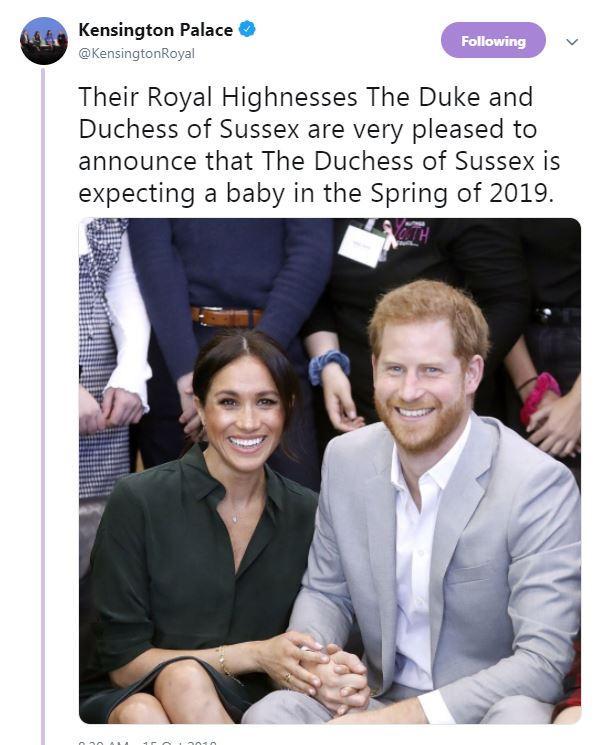 When is Meghan Markle's baby due?

Meghan Markle and Prince Harry's first child is due in spring 2019.

The couple are yet to reveal Meghan's exact due date.

The confirmation came after weeks of fan speculation about a potential pregnancy.

Kensington Palace announced the news on its official Twitter page.