The retro-inspired style is £185 – and with much of Meghan's wardrobe consisting of expensive designer pieces – the affordable mini is set to fly off the shelves. 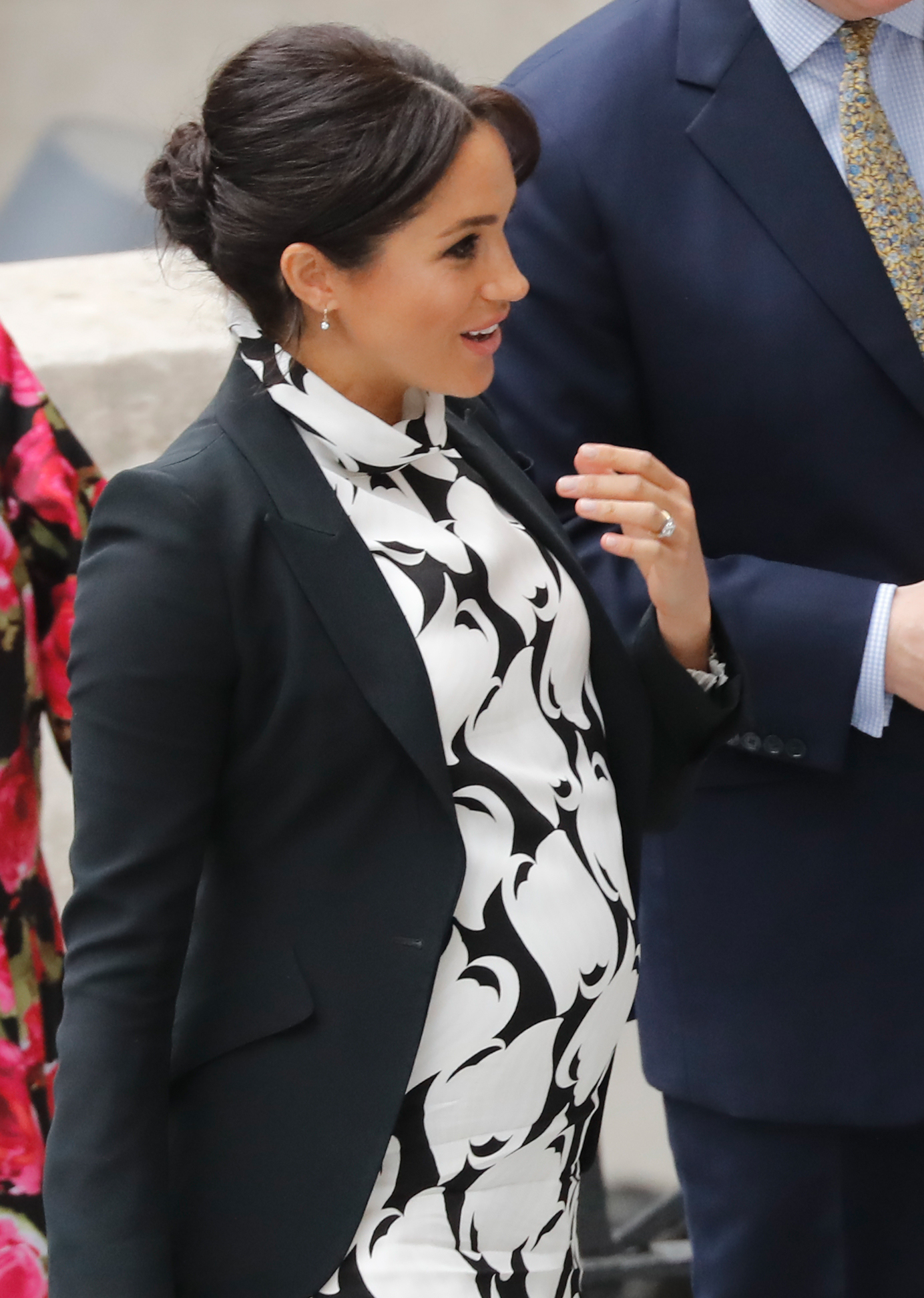 The royal – who is due to welcome her first child in a matter of weeks – is joining a special panel of female thought-leaders and activists to discuss a range of issues affecting women today, to celebrate International Women's Day.

The black shoes are believed to be her favourite Manolo Blahniks, worth around £500.

The mum-to-be wore her hair in a tight bun and accessorised with her Stella McCartney faux leather cross body bag, priced at £670. 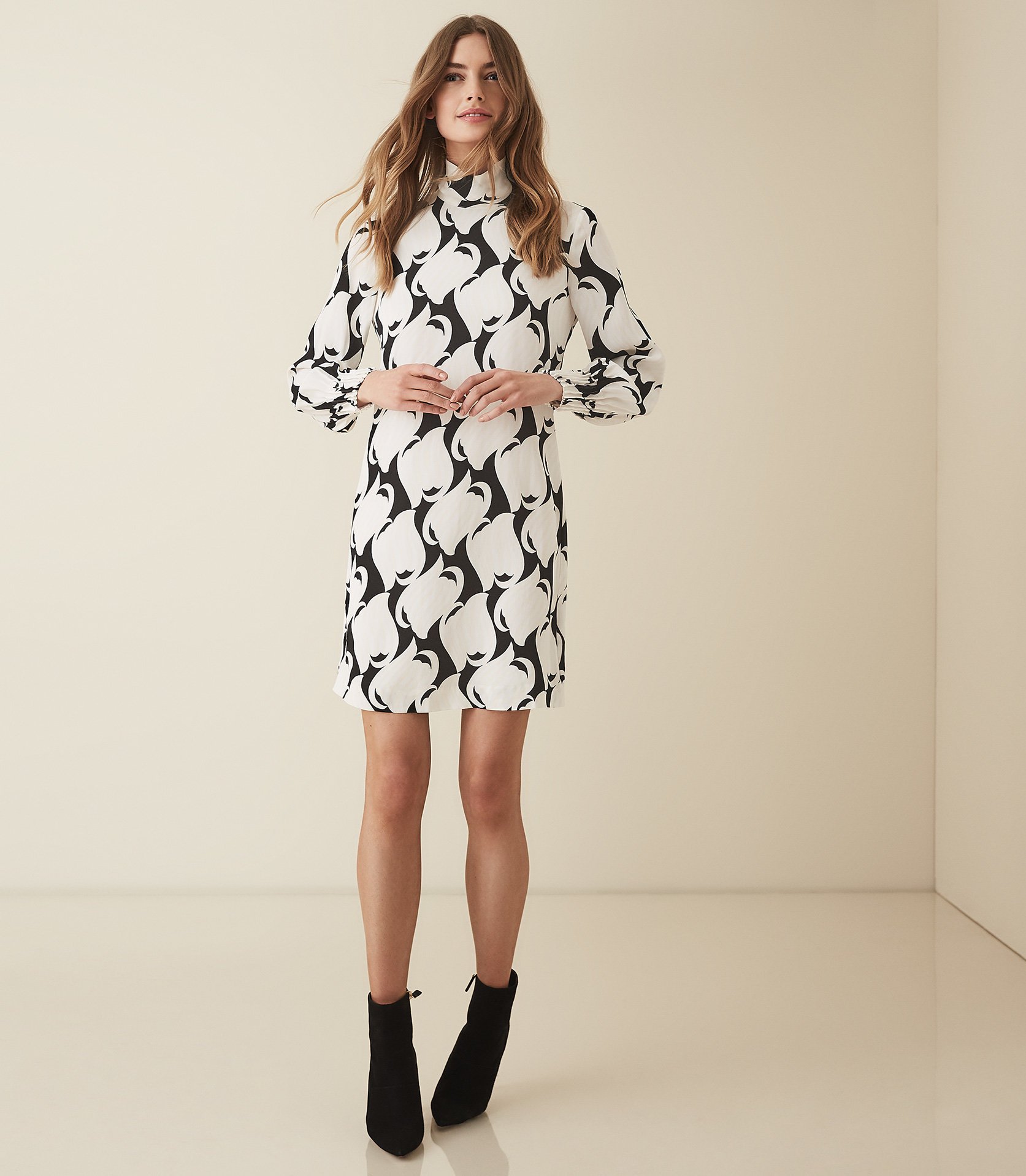 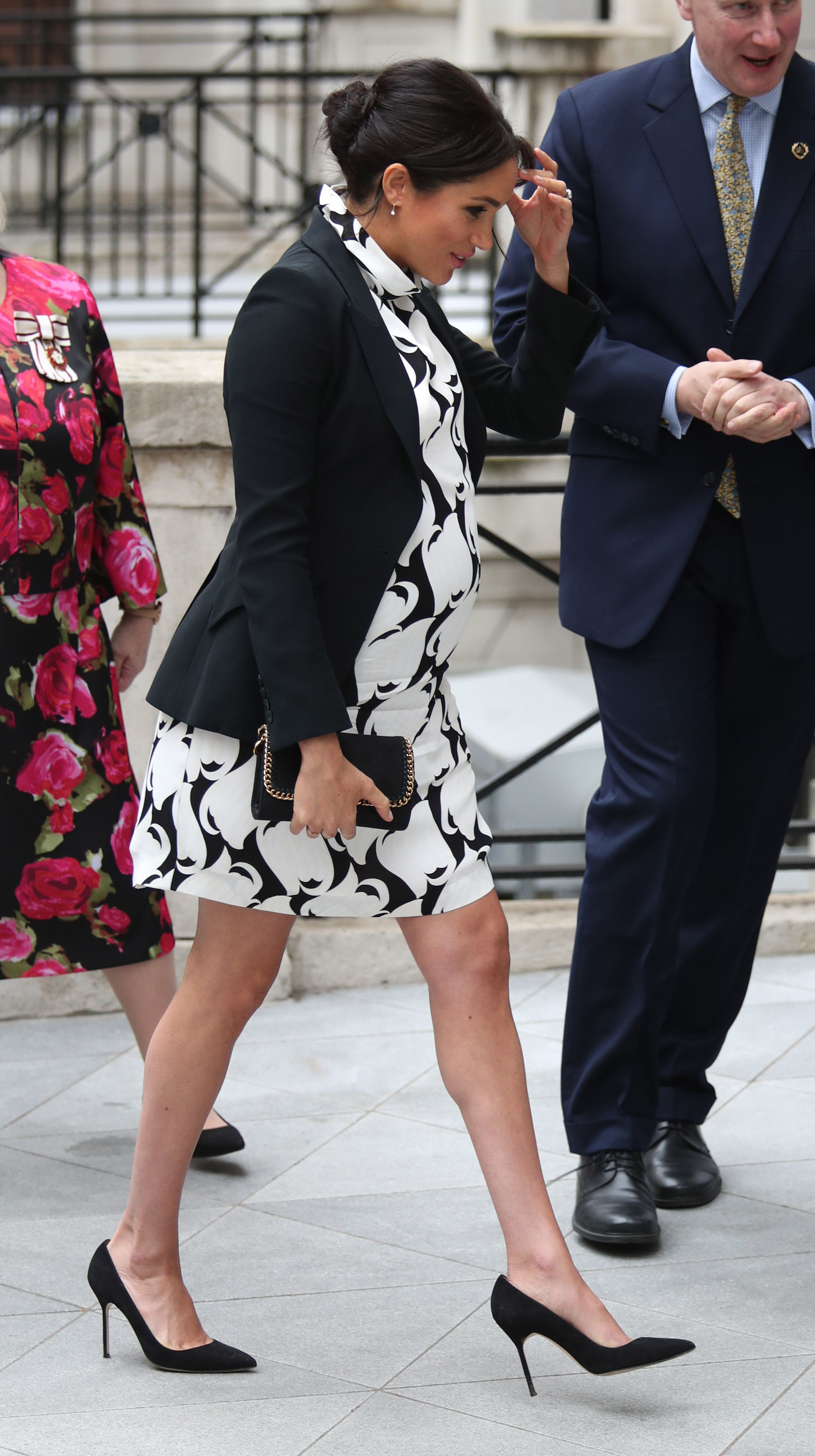 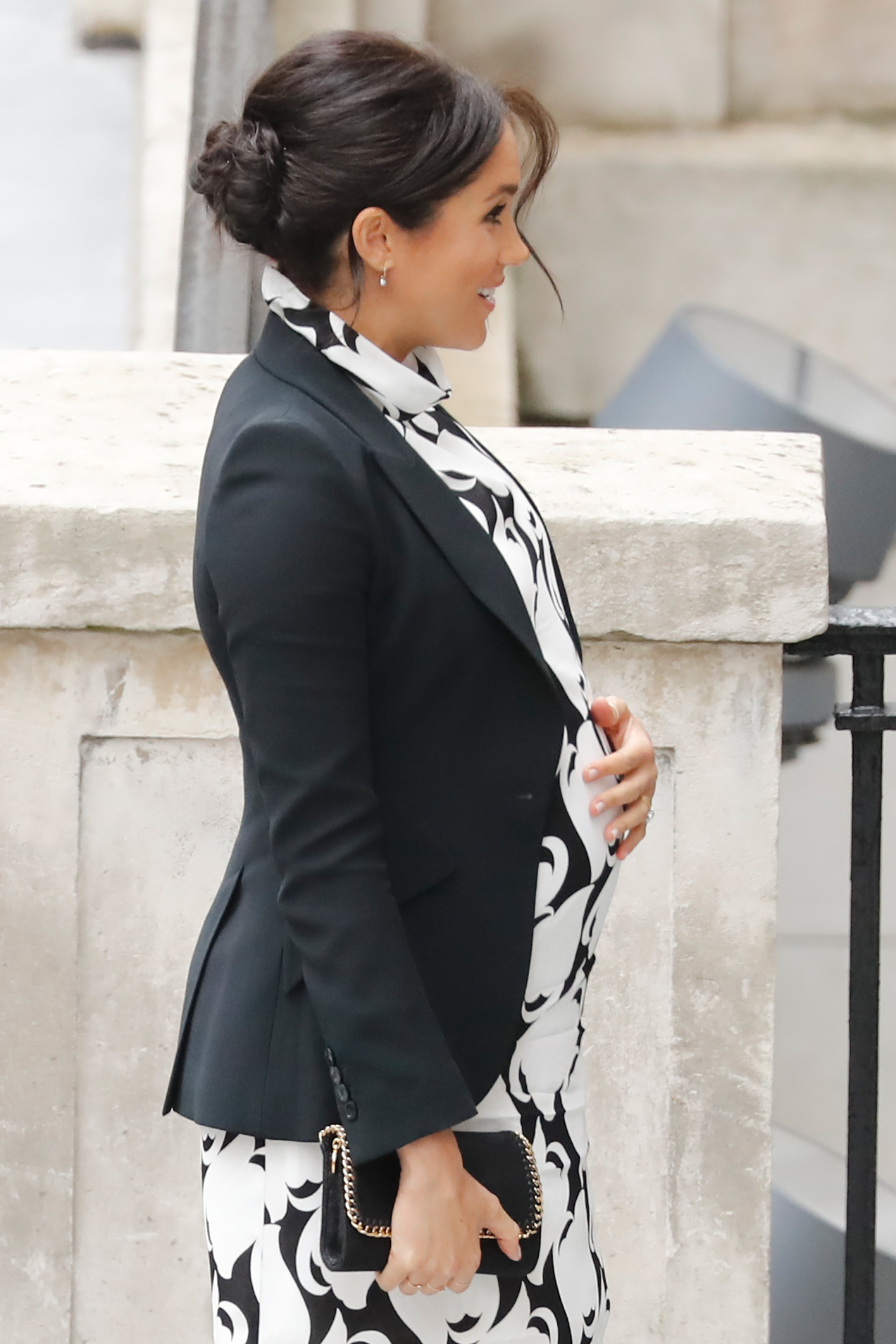 And if you fancy getting your hands on the monochrome mini, it's currently still in stock.

The style is expected to fly off the shelves, so you best be quick if you fancy snapping it up.

Take a leaf out of Meghan's fashion book and pair with heels – or stick to the retro vibe by teaming with white or black ankle boots. 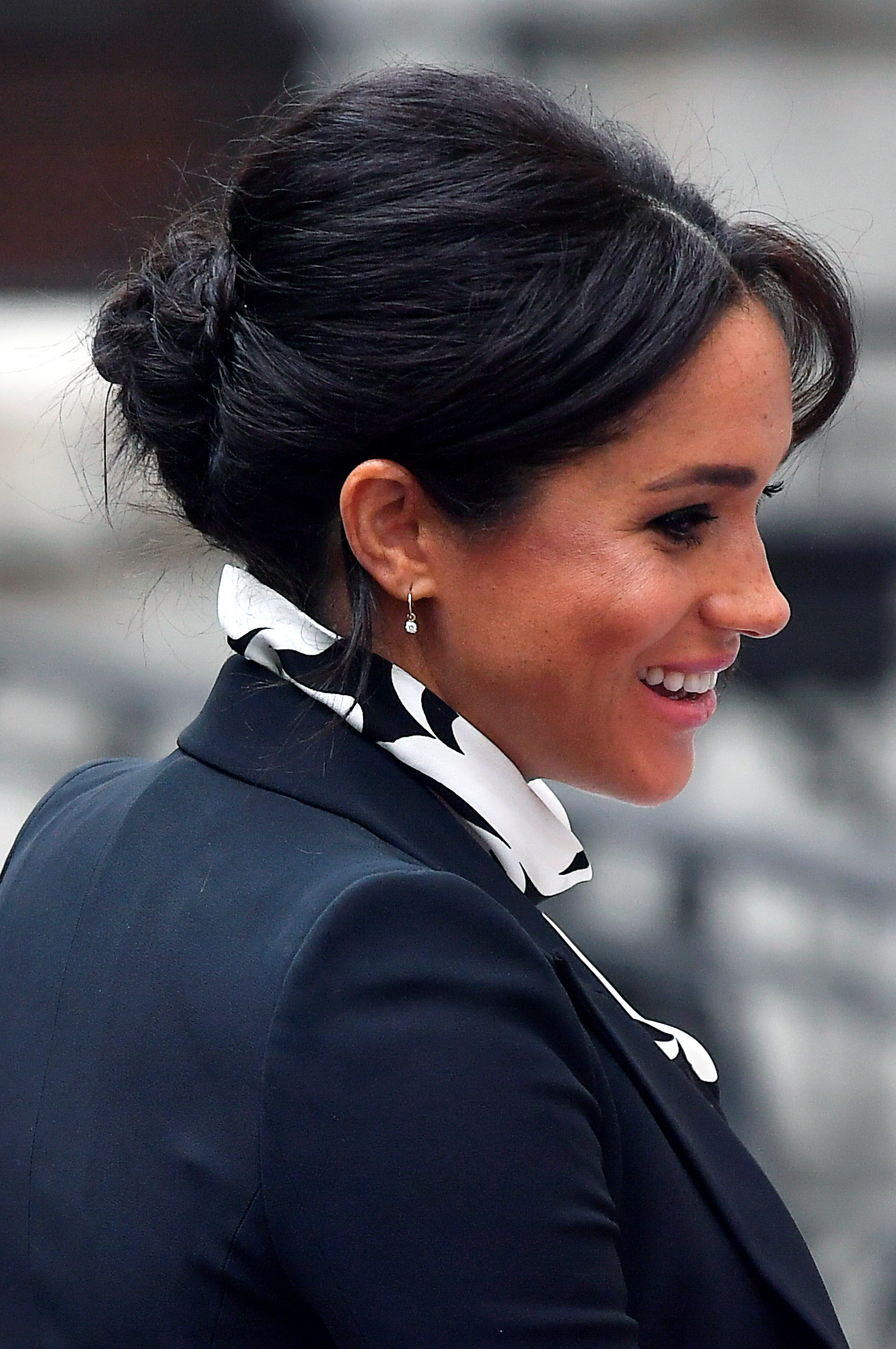 The panel will be hosted by the Queen's Commonwealth Trust, which supports and funds young leaders around the world who are working to tackle problems in education, health, the environment and sport.

And in a nod to the the former Suits actress' involvement, she was today announced as the Vice-President of The Queen's Commonwealth Trust.

The Queen is currently patron, and the Duke of Sussex is President.

Earlier this week, we told you Meghan Markle and Kate Middleton are NOT princesses because of The Queen, royal expert reveals.

We also revealed Meghan Markle and Prince Harry could hire a MANNY to look after royal baby.

And we showed you 'furious’ Prince William ‘refused to speak to Diana’ after explosive Prince Charles comments, claims royal biographer.