To say I was utterly obsessed with Harry Potter as a child would be an understatement. When an owl inviting me to study at Hogwarts didn’t arrive on my 11th birthday I was gutted. I actually cried. Had my magical dreams come true, Meghan Markle’s Givenchy cape dress is what I could have only dreamt of wearing to my first day at the iconic school of witchcraft and wizardry, although it’s aesthetic is decidedly more Beauxbatons. (In case you’re not a total Potterhead, Beauxbatons is the school the incredibly chic Fleur Delacour attended—the uniform for the school actually featured mini capes.)

Now that I’m done rambling on about imaginary worlds (or so you muggles think!), I’ll get back to Markle’s dress. She wore it for her first solo outing with the Queen herself, which happened earlier today and entailed a few stops. The duo first visited Cheshire, England to open the new Mersey Gateway Bridge and the Catalyst Science Discovery Centre museum. According to the museum’s website, it’s "the only museum in the U.K. which explores the science and technology behind the chemical industry and its impact on our lives." After that, they headed to Chester, England to open the Storyhouse Theater and stop for lunch at the Chester Town Hall. You know, just a typical day with grandma! 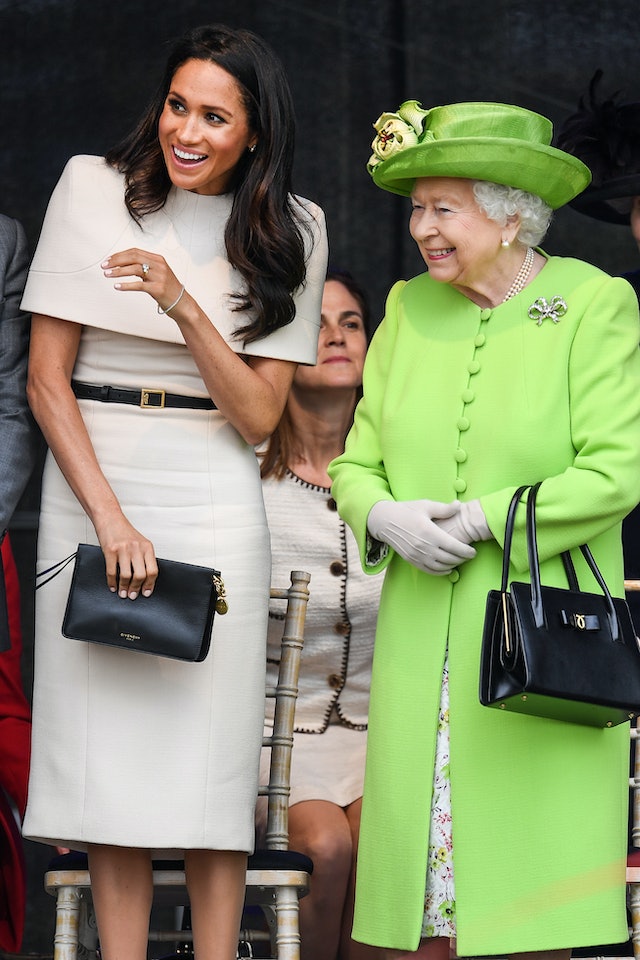 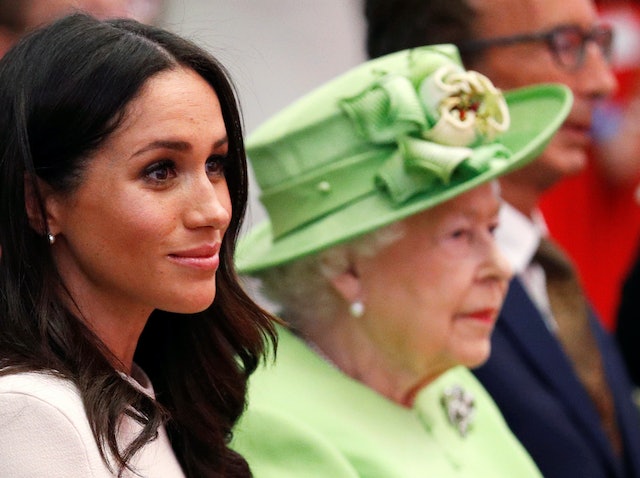 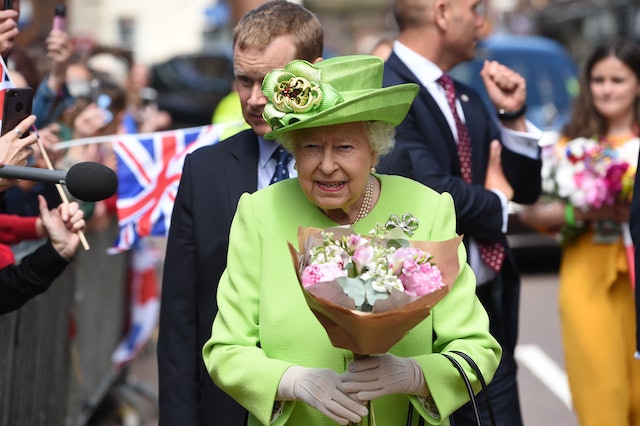 As pointed out by Marie Claire, the Queen’s personal train, which Markle and the Queen rode on for the outing, "is typically reserved for more senior members of the family, so clearly Meghan already has the whole royal thing nailed down. Her sister-in-law, Kate Middleton, didn’t make an appearance with the Queen until almost a year after her and Prince William’s wedding." Clearly, Markle is fitting in perfectly to her new royal family, but did you honestly expect anything less?