Prince Harry, 33, will tie the knot with American actress Meghan Markle, 36, at a ceremony at St George's Chapel in Windsor Castle beginning at 12pm on Saturday. 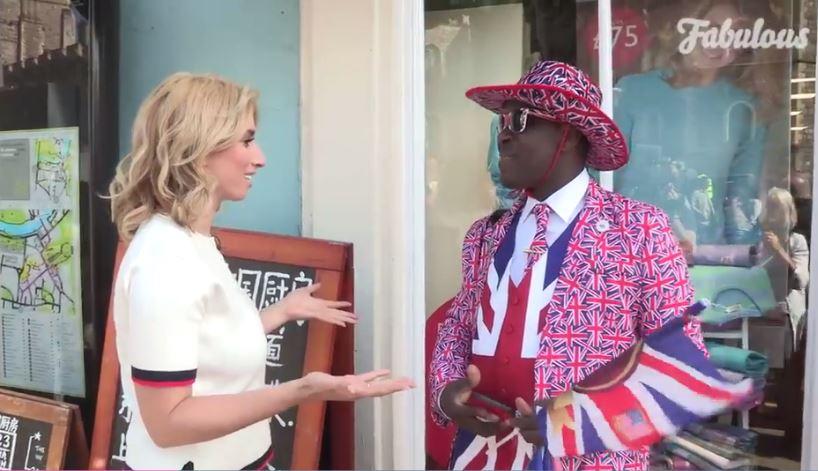 “Everyone here is so excited and just pumped for the Royal Wedding on Saturday,” said Stacey, 28.

“The atmosphere is just wonderful, everyone’s together and singing and dancing.”

It was Meghan and Harry mania in the town, with every shop on the street stocked to the brim with memorabilia, souvenirs and cardboard cut outs of the glamorous couple. 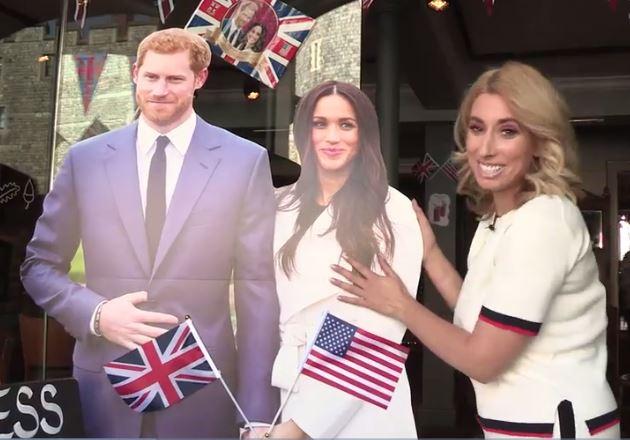 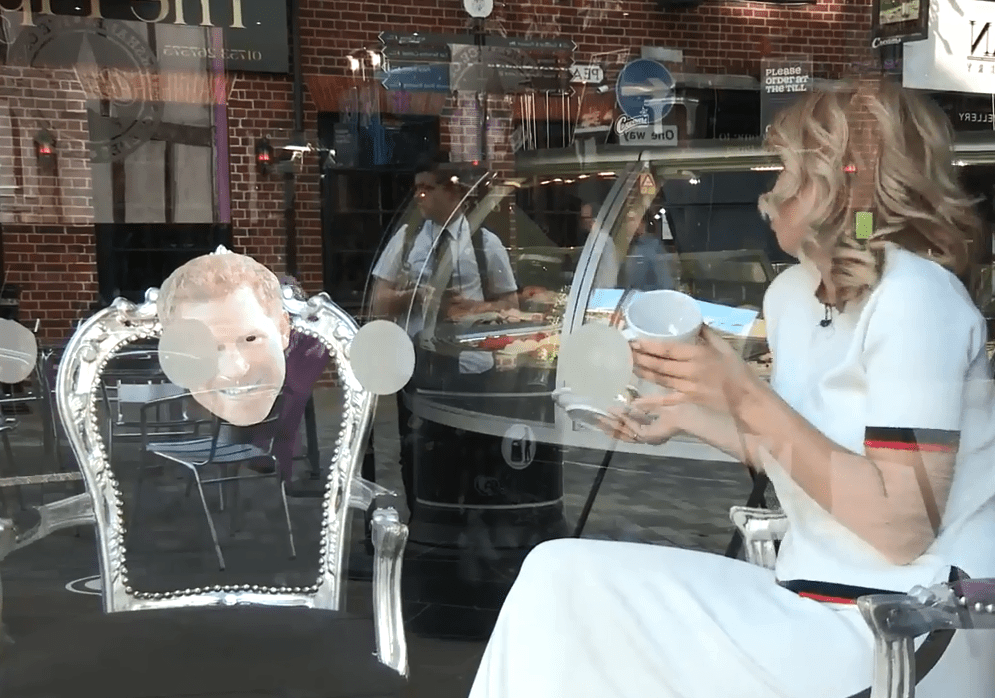 “Apparently biscuits taste better with Harry on the front,” she joked.

Impressed by the sheer size of the wedding venue, Stacey exclaimed: “It’s ginormous, I mean, who needs that much space? How many en suites do you reckon are in Windsor Castle?”

Stacey admired the effort many royal fans had gone to with their patriotic clobber, telling one woman that her crown reminded her of one she once got free from Burger King. 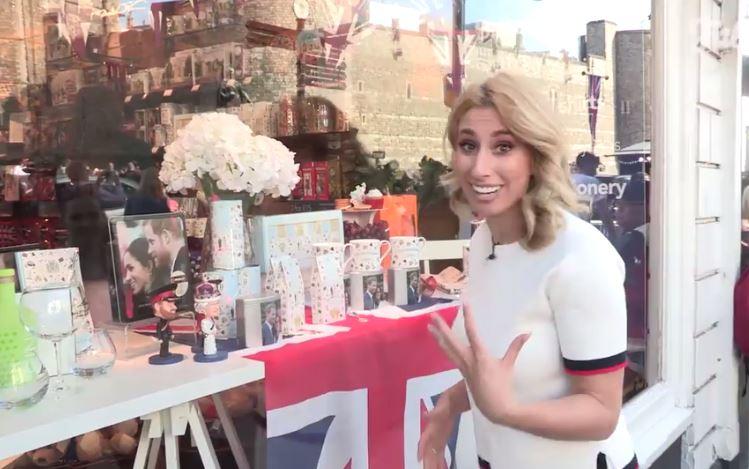 One reveller, dressed top to toe in a Union flag suit, revealed he had a different outfit for each day of the build up to the wedding – with a special one reserved for the big day.

Another showed off her “Markle Sparkle” glittery shoes, and one gave their predictions for Meghan and Harry’s first baby, revealing she expected to be camped outside the Lindo Wing next year. 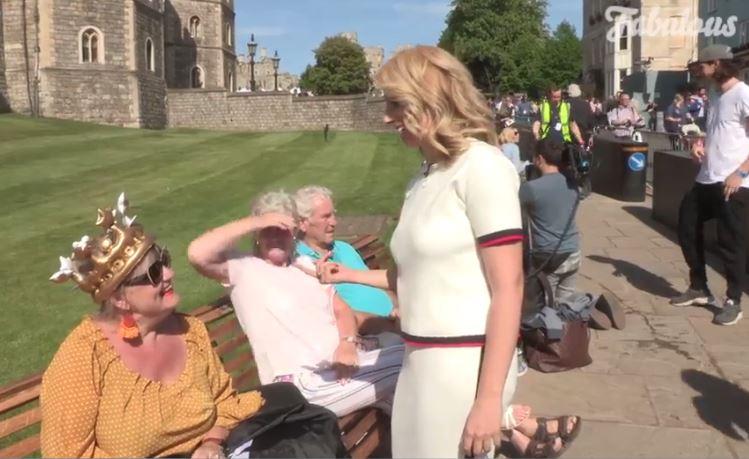 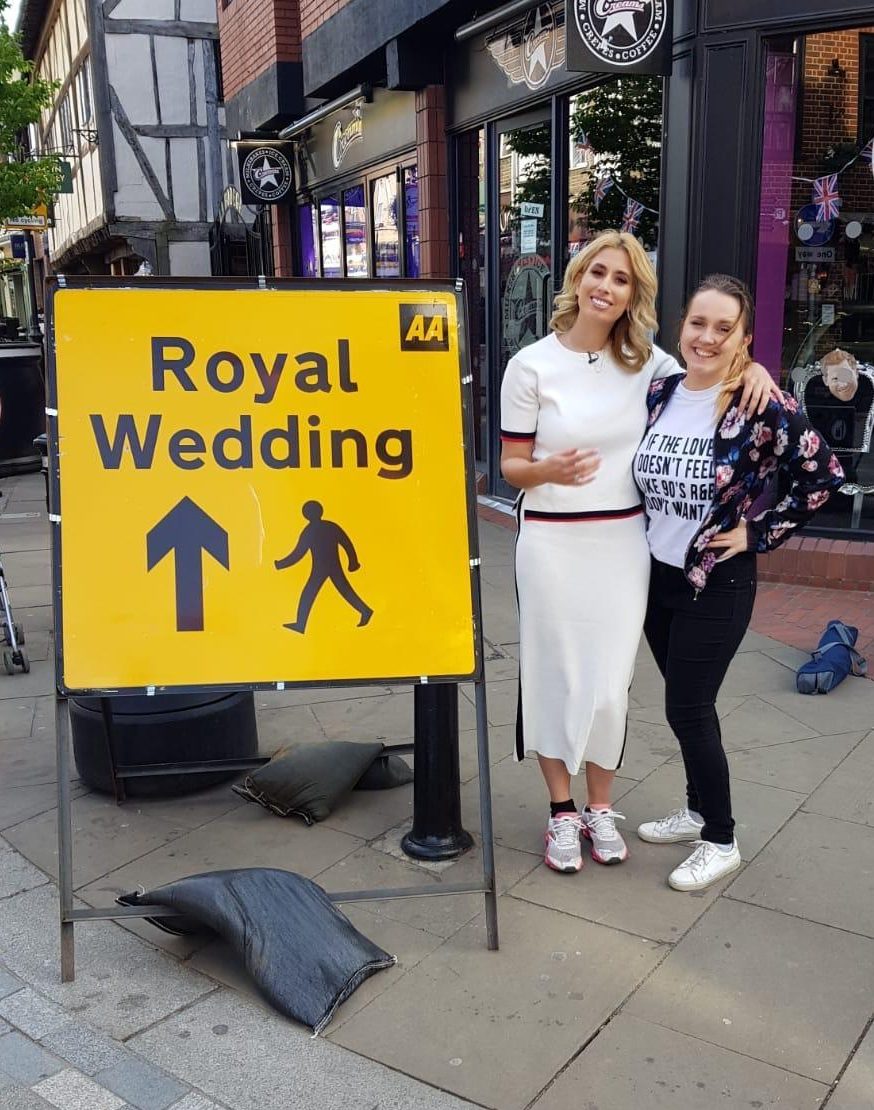 Stacey also paid a visit to the local sweet shop, admitting that would be her first port of call after the wedding if she was a royal guest.

The star admitted she was “so excited” at the prospect of meeting a Royal, but sadly the closest she came was a cup of tea with a cardboard Harry mask.

When a blacked-out car drove by, she admitted she was so short-sighted that it “could have been anyone in there”. 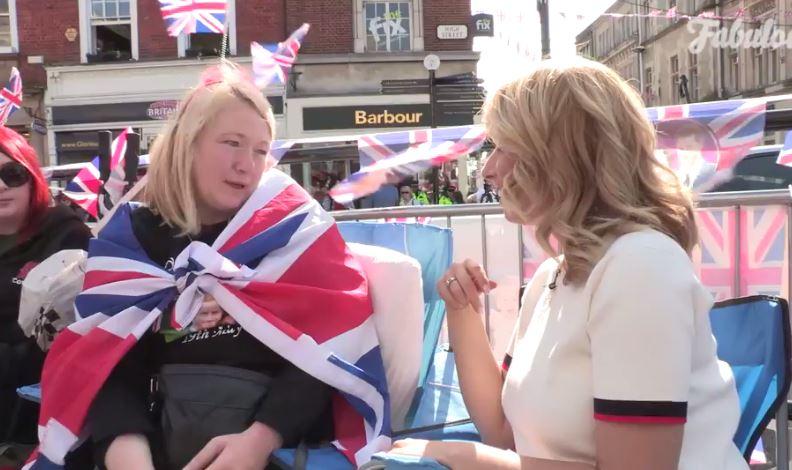 Meghan Markle's Suits co-stars have all touched down in London ahead of the big day.

Sadly, her dad Thomas Markle won't be attending the big day due to ill health.

Instead, her mum Doria Ragland is expected to walk her down the aisle.