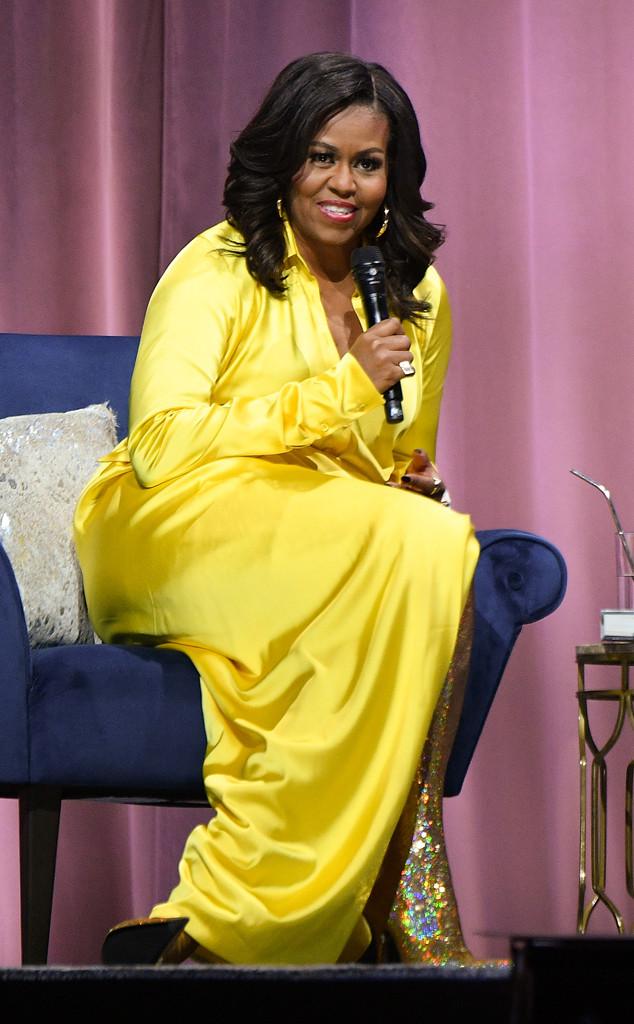 Michelle Obama is taking her Becoming press tour fashion to a new level.

Yesterday the former first lady stopped in Brooklyn, New York to promote her new book and wore an outfit we can’t stop talking about. For a chat with Sarah Jessica Parker, who played the shoe-obsessed journalist Carrie Bradshaw on Sex in the City, Michelle wore an outfit designed Balenciaga, complete by a canary yellow dress and gold thigh-high boots. With thick gold hoops and diamond rings, the resulting look is mesmerizing and a welcomed surprise from the typically modest dresser.

Pointing to her recent writing, the former FLOTUS is showing a new side of herself and her boots are proof. The Balenciaga Knife Over-the-Knee Booties feature sequined stretch fabric that reaches the upper thigh, a stiletto heel and pointed toe. With her maxi wrap dress, the metallic boots are most visible when she’s walking, toning down the sultry appeal of the boots. 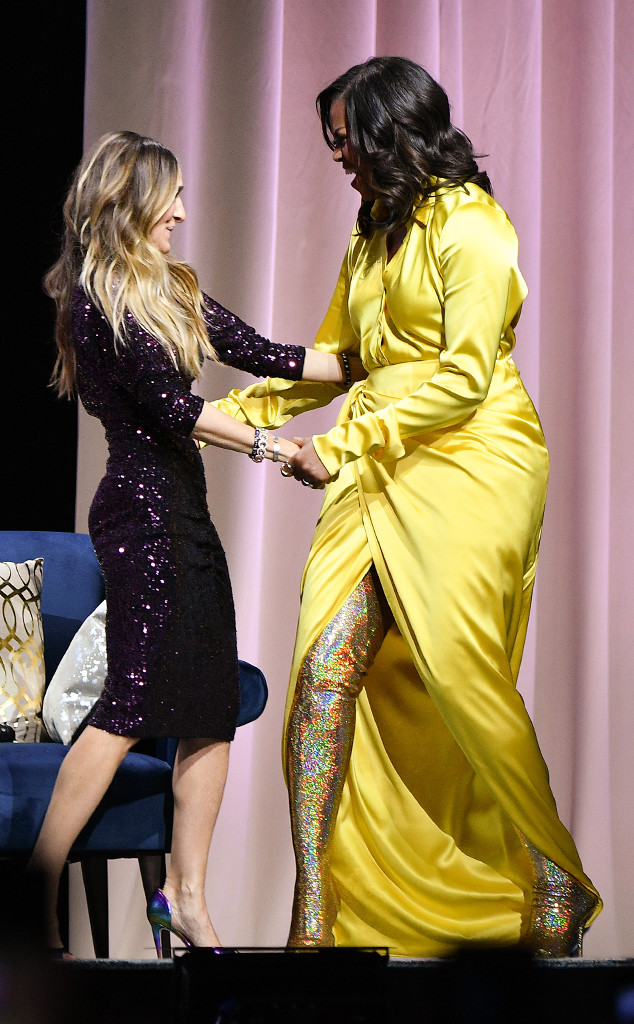 In comparison to the suiting she’s worn to most of her press tour, the look dazzled the audience and proved that Mrs. Obama will continue her iconic status in the fashion world.

We’re here for it!