Model, 24, collapses to floor after 'cyst' turns out to be aggressive breast cancer

A MODEL collapsed to the floor after what she thought was a cyst turned out to be an aggressive form of breast cancer.

Sacha Mills wasn’t concerned when she found a lump in her breast last spring, thinking it was "impossible" to be diagnosed with cancer so young. 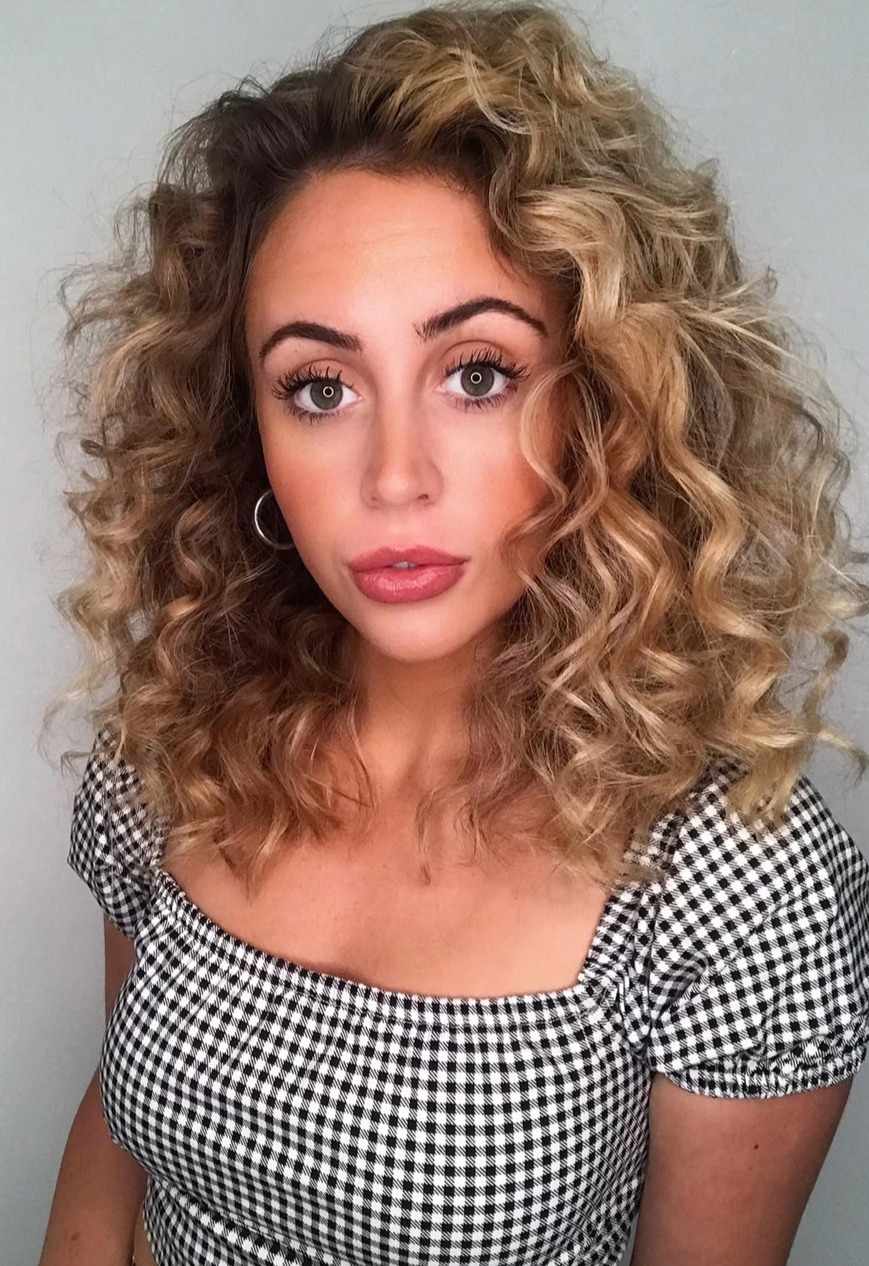 The now 25-year-old, from Basingstoke, Hampshire, said: “I first noticed something was wrong when I was getting changed for bed one evening and my hand brushed against my breast.

"I could feel a lump.

“I went down to my mum and asked her if she could feel it too. She was quite shocked and said it seemed like a big lump.”

Sacha booked a doctor’s appointment and, lying down for the examination, she says that she could even see the lump protruding from her skin.

She continued: “The lump was visible, but I was convinced it would just be a cyst.

“I was sent for a biopsy to determine what it was and, because I was worried, I brought my mum with me when I was asked to come in for my results.”

Just two weeks later Sacha and her mum, Janice, 62, were told that the lump was in fact stage 3 triple-negative breast cancer.

Sacha said: “I heard them say cancer and I didn’t hear anything else after that. I collapsed to the floor with shock.” 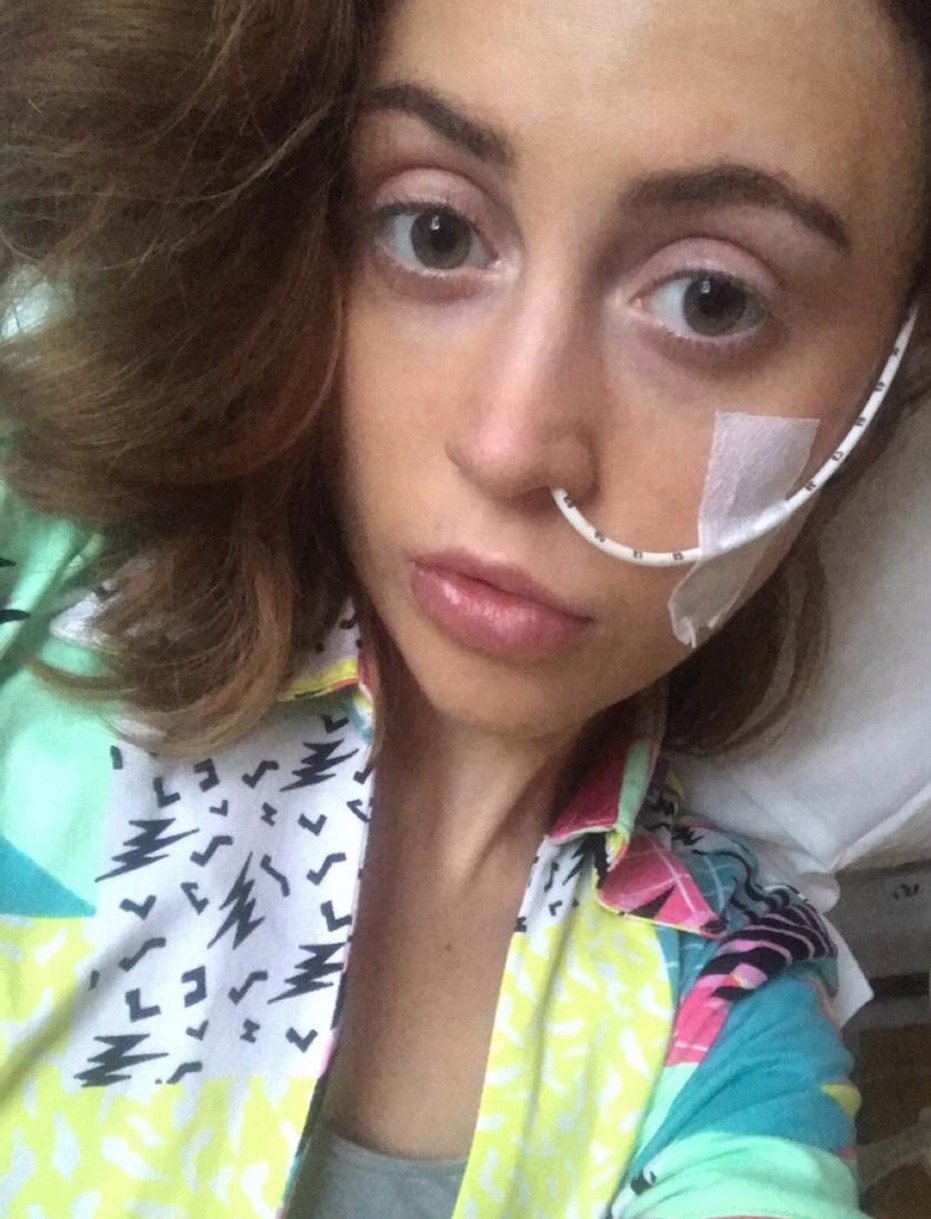 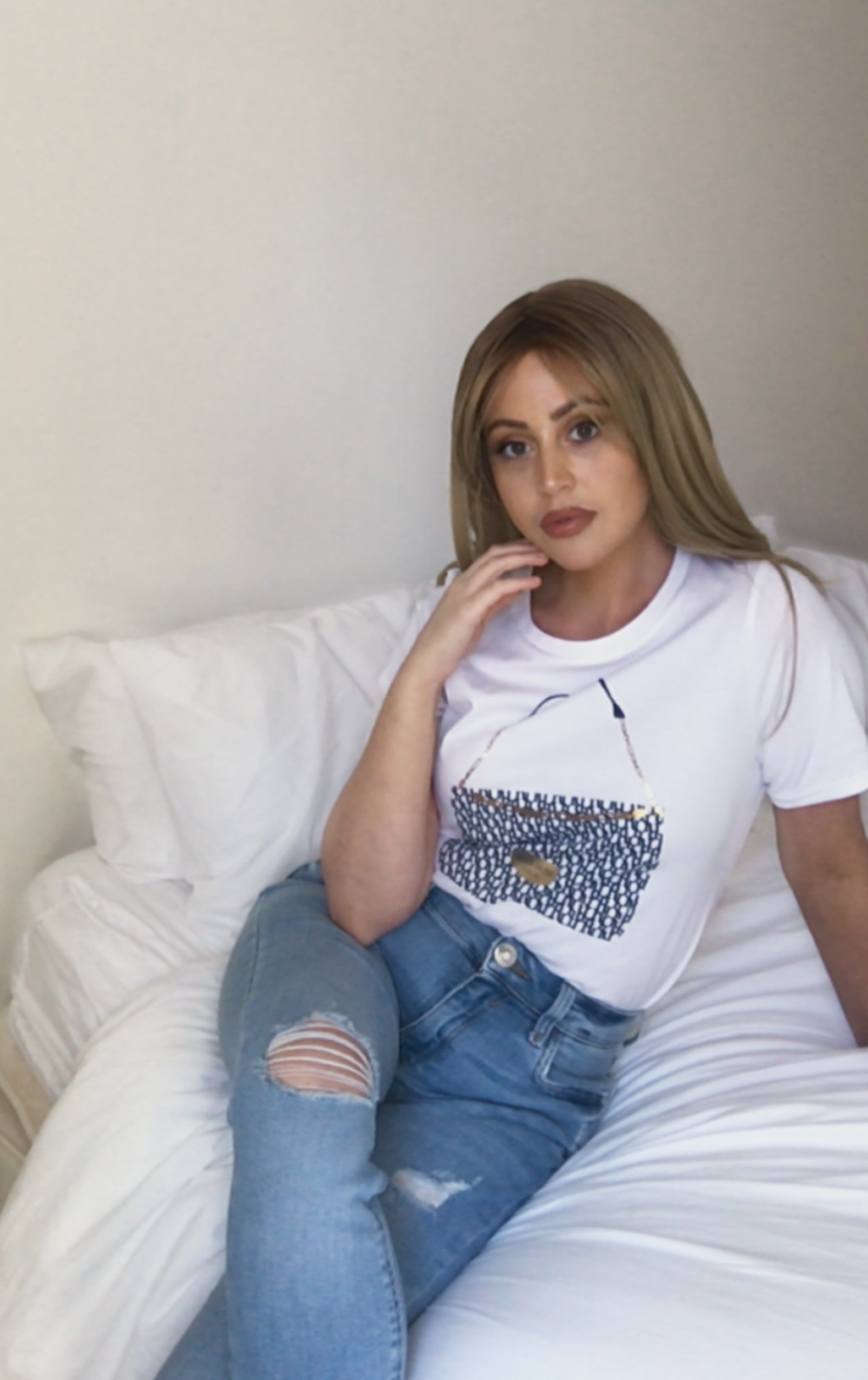 It is usually more aggressive and harder to treat than other types because it cannot be targeted with hormone treatment.

Eight in 10 cases of breast cancer are diagnosed in women over the age of 50.

However, triple negative breast cancer is more common in women under 40, and black women.

Sacha said: “I couldn’t believe it was really happening, I thought it was impossible. I was only 24.

“I went onto Google and found out that the survival rate is 77 per cent. So I knew it was aggressive.”

The American Cancer Society reports that 77 per cent of women diagnosed with triple negative breast cancer at any stage are still alive five years later.

There are no figures for the UK, but the five-year survival rate for breast cancer generally is 76 per cent after 10 years. 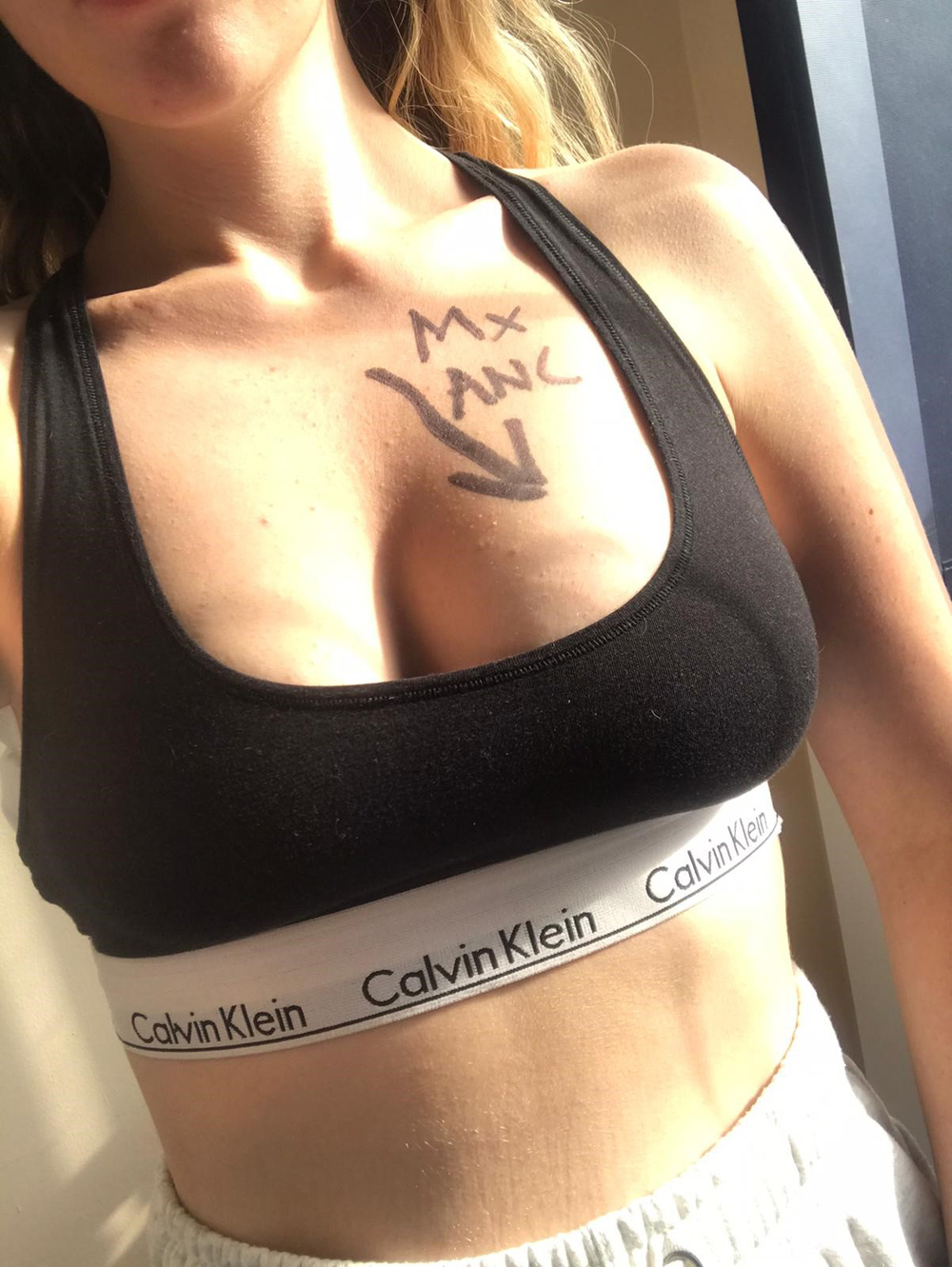 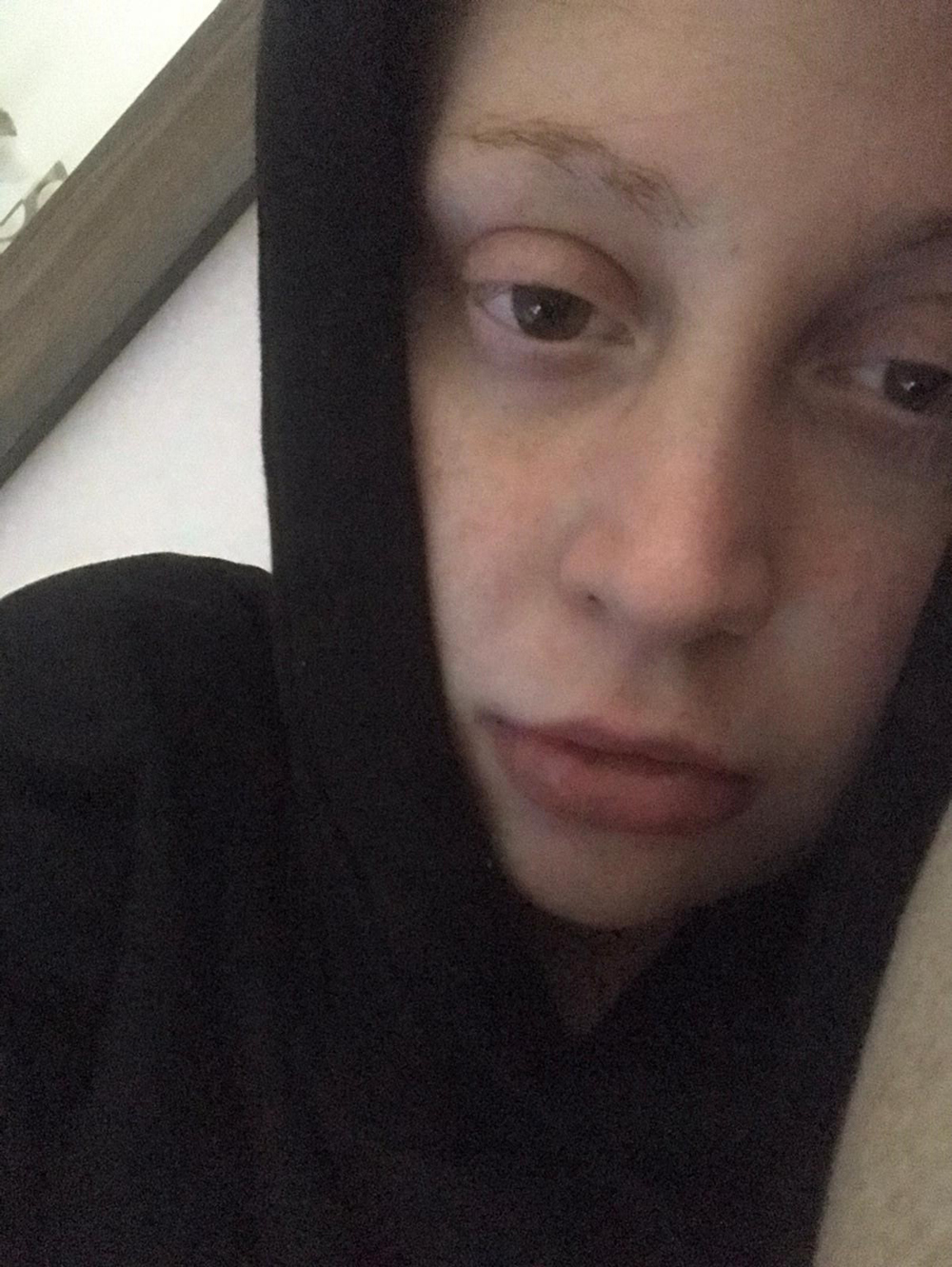 If you find anything that is unusual to you then you should see your GP.

Regular checking means you will get to know your breasts. That means six months, a year, even ten years down the line, if something changes, you will be able to detect it and quickly.

Here are the eight key signs that you need to look out for when it comes to changes in your breasts.

If you notice any of these or are worried, the best thing to do is see your GP.

Doctors told Sacha the cancer had spread from her left breast to her lymph nodes, and that she required surgery to remove the mass, called a lumpectomy.

But instead, Sacha, who is single, opted for a mastectomy, removing her left breast and its tissue.

“At first I was worried that I wouldn’t feel attractive anymore while dating, but I don’t feel like that now.

“And if the choice comes between that and losing my life, it’s a no brainer.”

In June 2020, Sacha went under the knife for the life-saving procedure and, once recovered, she started chemotherapy in July. 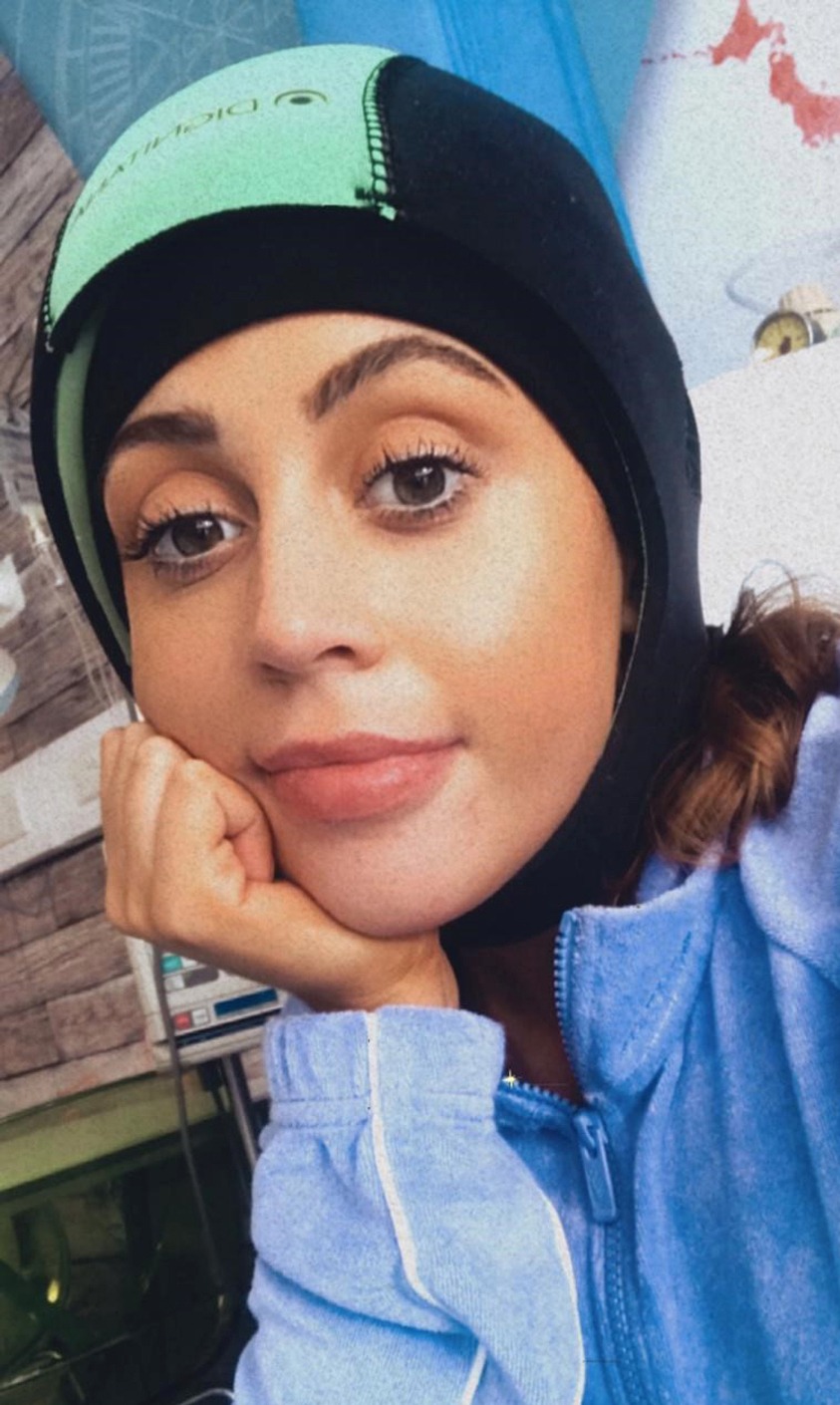 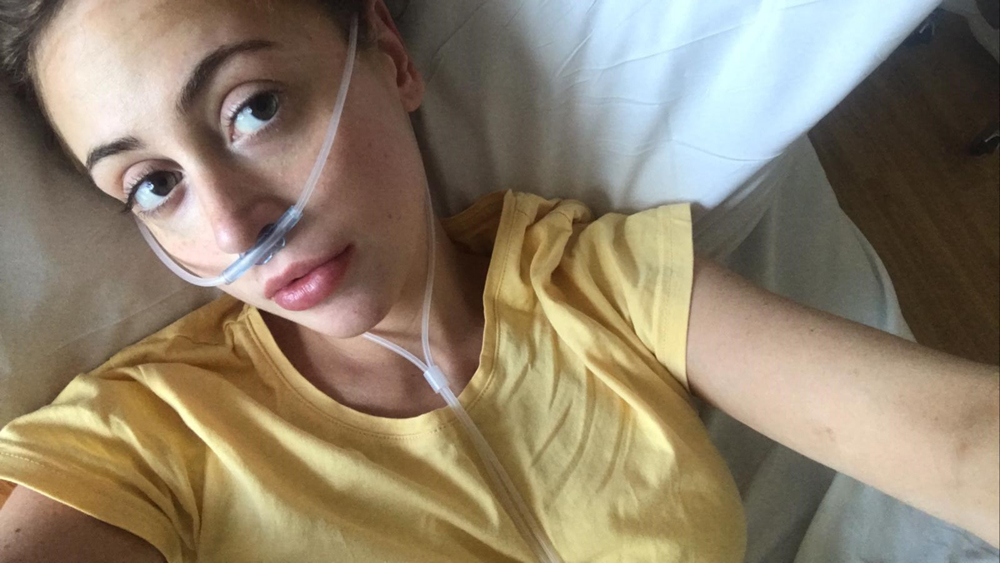 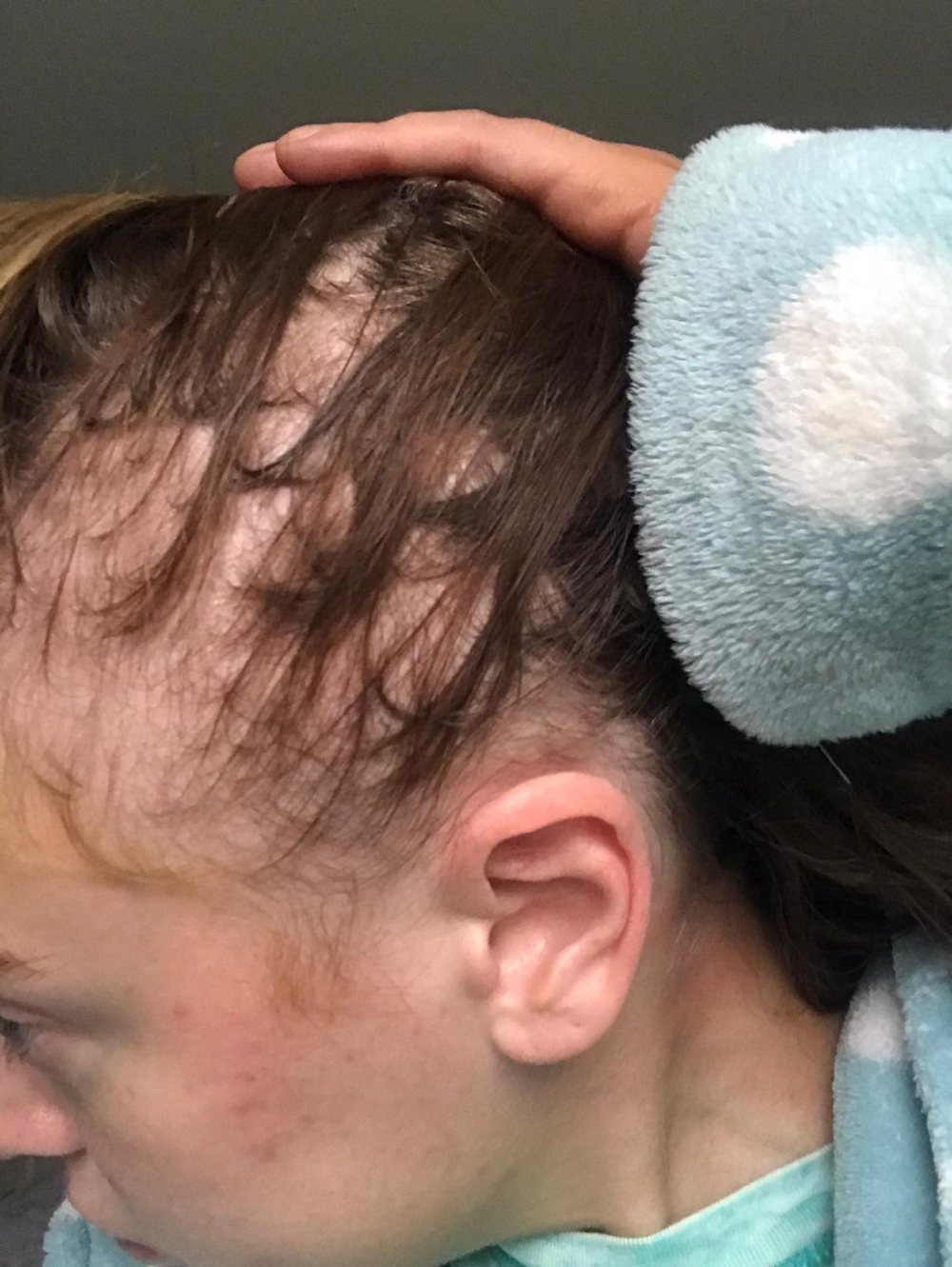 Sacha's biggest worry was losing her hair, having been a hairdresser. But she embraced the change by trying wigs.

Sacha said: “I think I was more concerned about losing my hair than my breast. As a hairdresser, that was my worst nightmare. I’m very guarded about my hair.”

Sacha is waiting to get breast reconstruction, but it’s been postponed due to the Covid pandemic.

She hopes to have it done in the next two years.

But for now, Sacha is just relieved to have been given the all-clear, having just finished her radiotherapy treatment in March.

And since her diagnosis, Sacha has become a model.

Sacha took part in a photo shoot, held over FaceTime due to the pandemic, wearing a t-shirt and jeans, and will appear as a model for the range available in River Island from May 6. 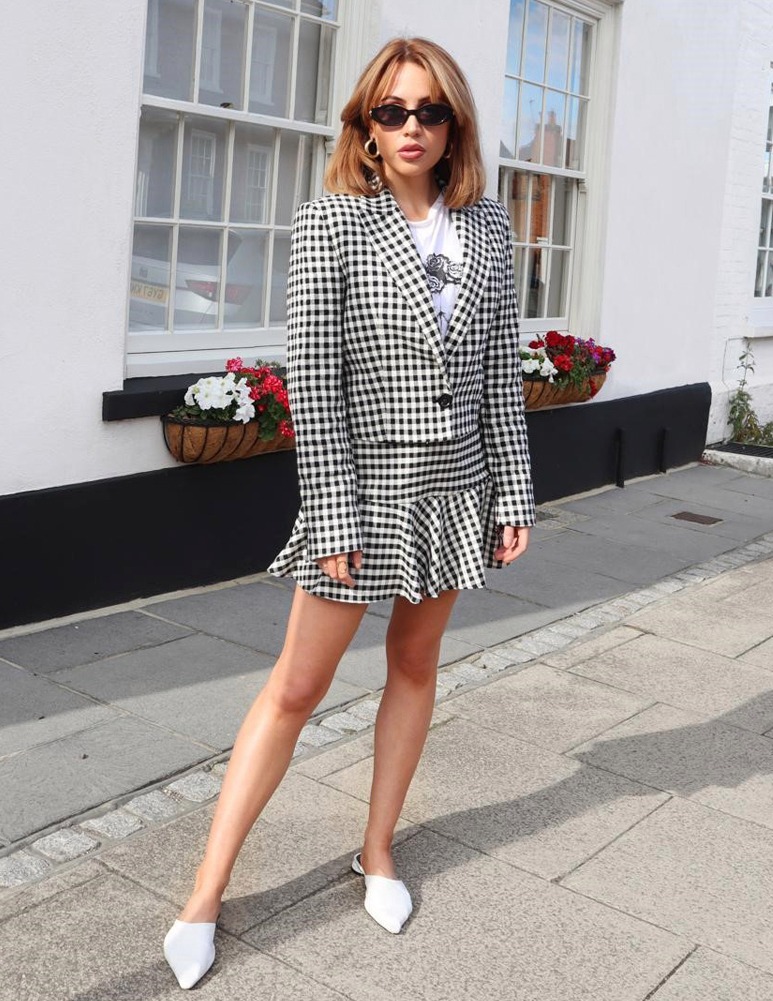 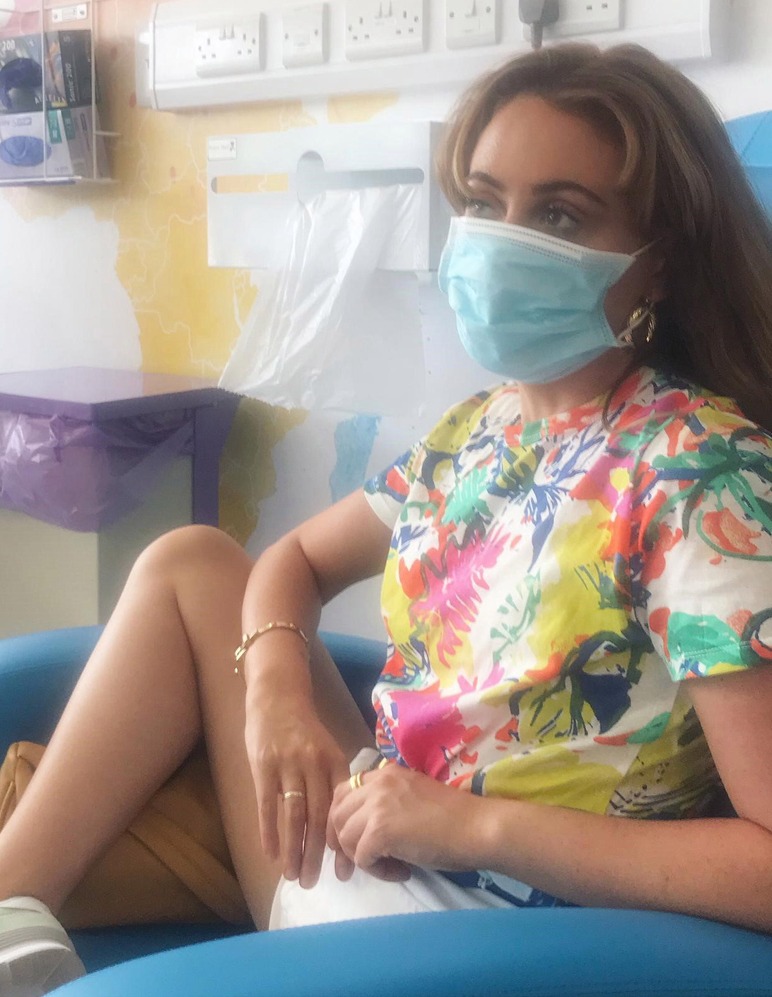 Baroness Delyth Morgan, Chief Executive at Breast Cancer Now, said: “By purchasing an item from River Island’s Fashion Targets Breast Cancer collection, you’ll be ‘wearing something important’ that not only looks stylish but helps ensure that the 600,000 women living with, through and beyond a breast cancer diagnosis in the UK get the support they need.

“Huge thanks to all River Island staff and customers for their unwavering support for this campaign over the past 25 years, and for continuing to partner with us in calling on women to make a real difference by ‘wearing something different’ this Spring.”

Shop the Fashion Targets Breast Cancer collection, online and in-store at River Island, from 6 May.