TURNING to your mates for feedback on which blokes to date is pretty common – especially if you want the go ahead on who's worth hooking up with.

But one woman was mortified after realising she'd messaged her family group chat instead of her friends – and shared WAY too much information with her parents. 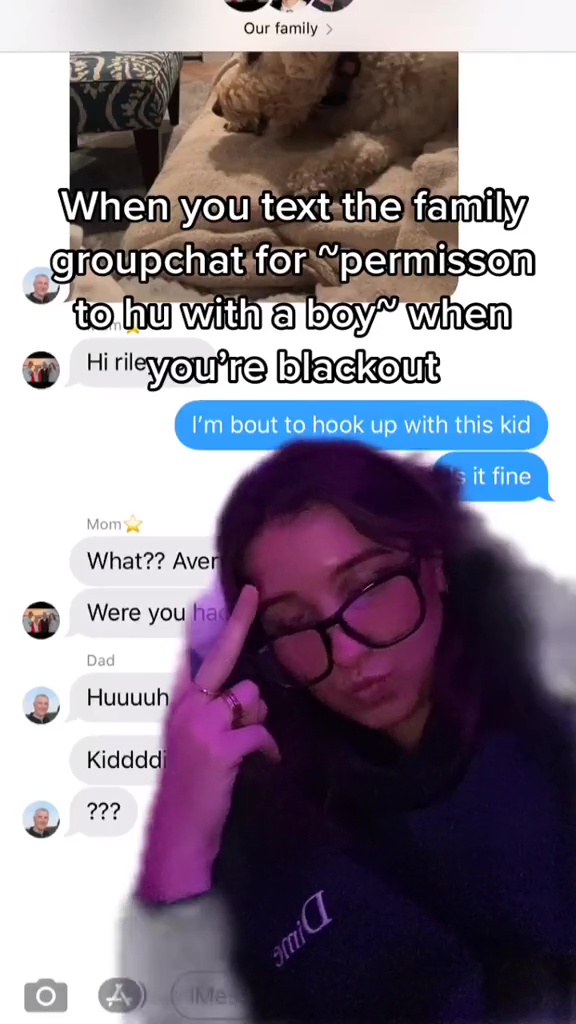 TikTok user Avemay shared the ordeal on the video sharing platform, and unsurprisingly, her parents weren't too impressed by their daughter's remarks.

You see, Avemy explained that she was "blackout" drunk when she'd met a bloke she was keen on, and messaged her friends for "permission to hook up" with him.

But it wasn't until she received a response from her shocked parents when she'd realised she'd messed up – and people find it hilarious.

The clip details the chat between her and her family and has been viewed more than 500k times. 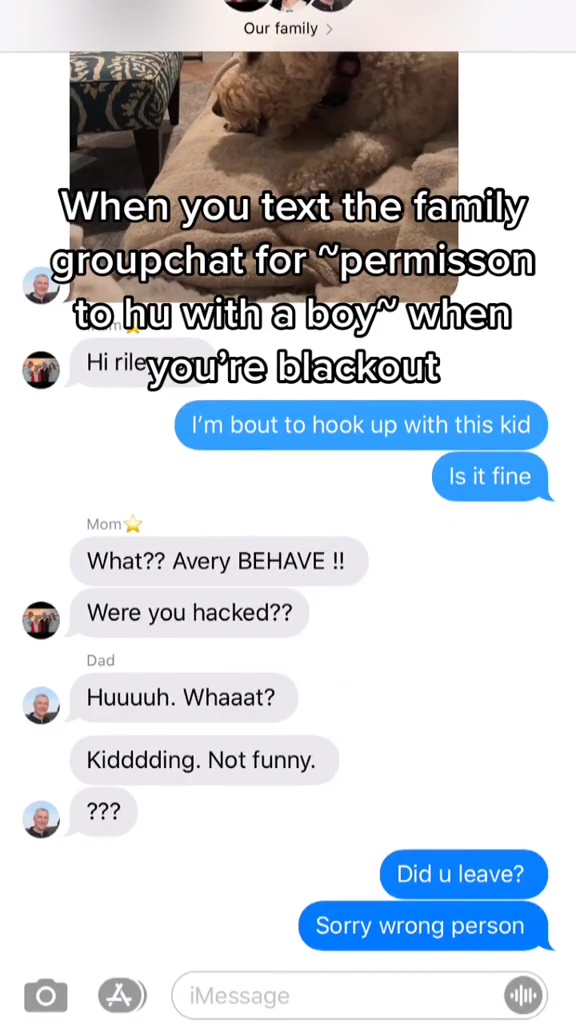 She captioned the clip: "The most awkward morning of my life."

And wrote: "When you text the family groupchat for ~permission to hu [hookup] with a boy~ when you're blackout."

After seeing her text which read "I'm bout to hook up with this kid. Is it fine", her mum fumed: ""What?? Avery BEHAVE!! Were you hacked?"

Avery mistakenly responded: "Did u leave?" before realising what had happened and added: "Sorry wrong person." 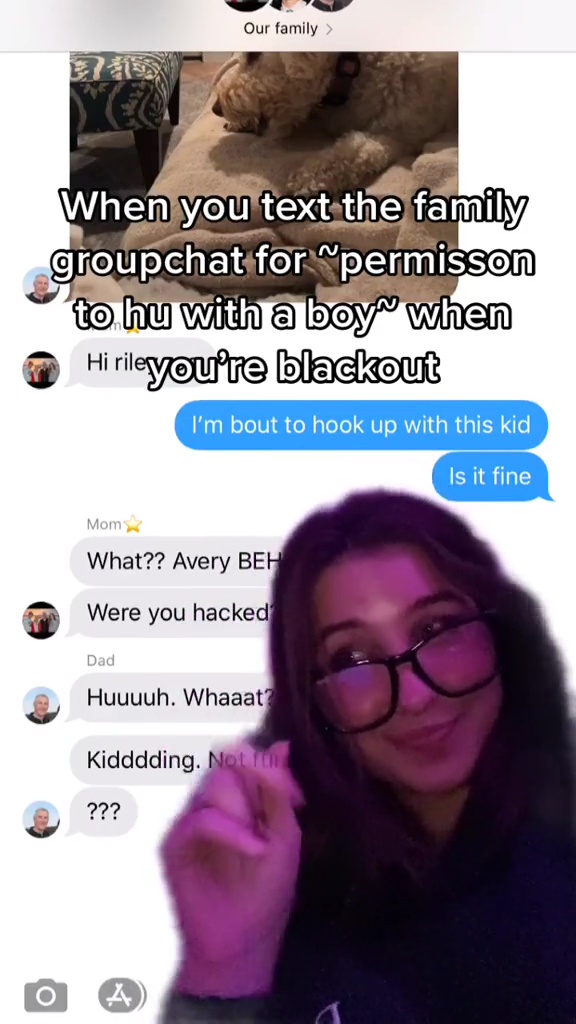 Lots of people sympathised in the comments, but suggested she pass it off as a prank.

One woman said: "Girl just say it was a prank!!"

With another agreeing saying:"Why didn't you just say you were kidding?"

A third person added: "I always say its for a prank on Twitter when this happened."

Meanwhile, a woman who gets sent a rude photo online has the best comeback for the creepy bloke – and he learnt his lesson

And a  man fired for calling his Tinder date a ‘disgusting fat pig’ when she refused to sleep with him says he was ‘acting out’.

Plus a therapist shows what it’s like to read for someone with dyslexia – and challenges people to have a go.