Mum and daughter with 23 years between them regularly get mistaken for sisters – so can YOU tell who's who?

A MUM and daughter who look like sisters despite having 23 years between them have thanked their gruelling gym work outs and sharing fashion tips for their youthful looks.

Mum-of-two Andrea Malczewski, 34, is forever having to explain to people that Sharon Gause, 57, is her mother and not her sister. 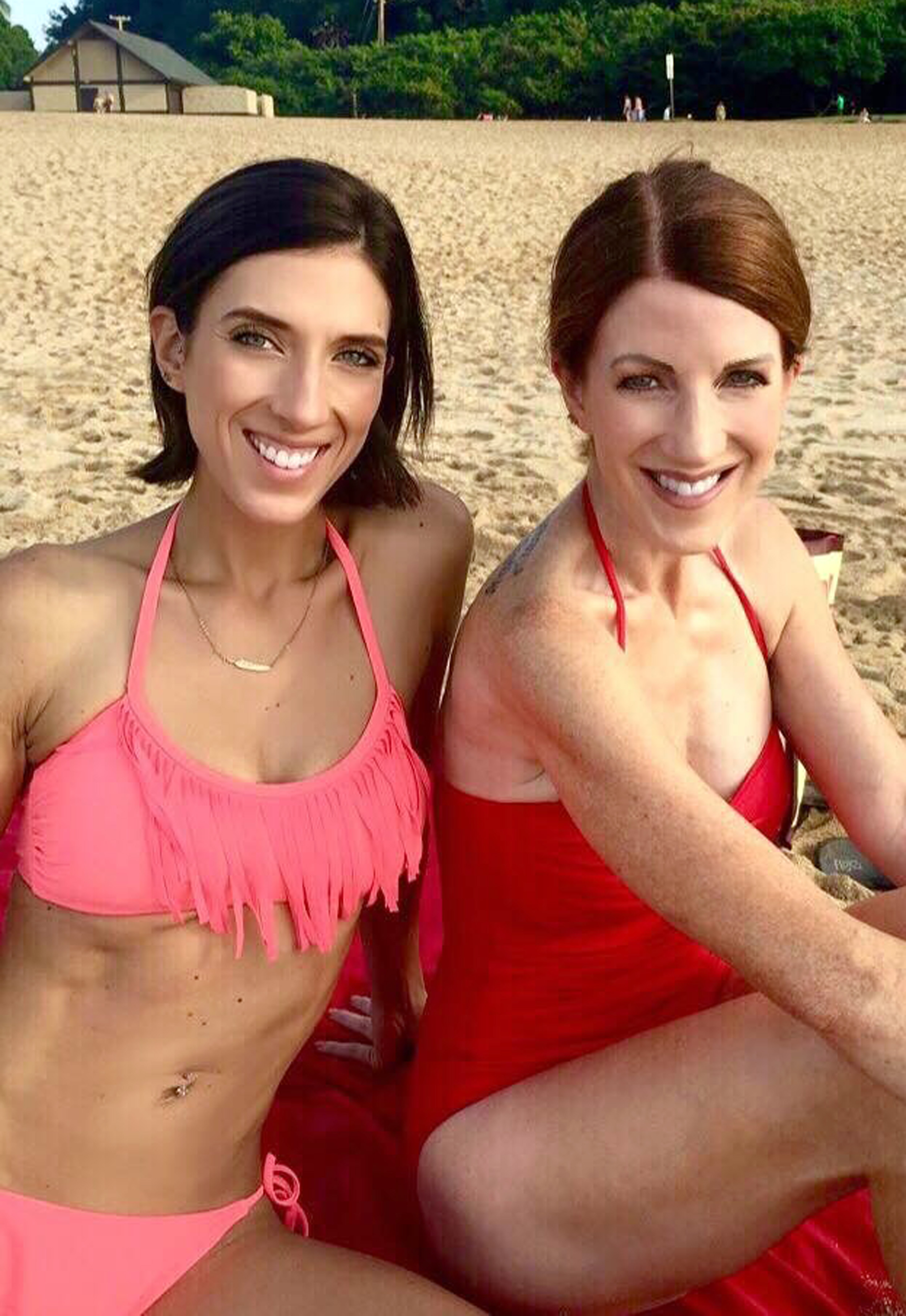 Andrea and gran-of-two Sharon – who are both hairdressers – claim their youthful fashion taste and regular exercise keeps the pair looking their best.

The duo have even completed four marathons together and nine half marathons in a bid to stay fit – and say they love being compared to as sisters as it makes their inseparable bond even stronger.

Andrea, who lives in Hawaii, US, said: “My mum and I are super close, and even though we live apart we still manage to catch up every day.

“It is pretty funny when people ask ‘are you two sisters?' But it's no surprise because my mum looks more like she is in her 30s than nearly 60." 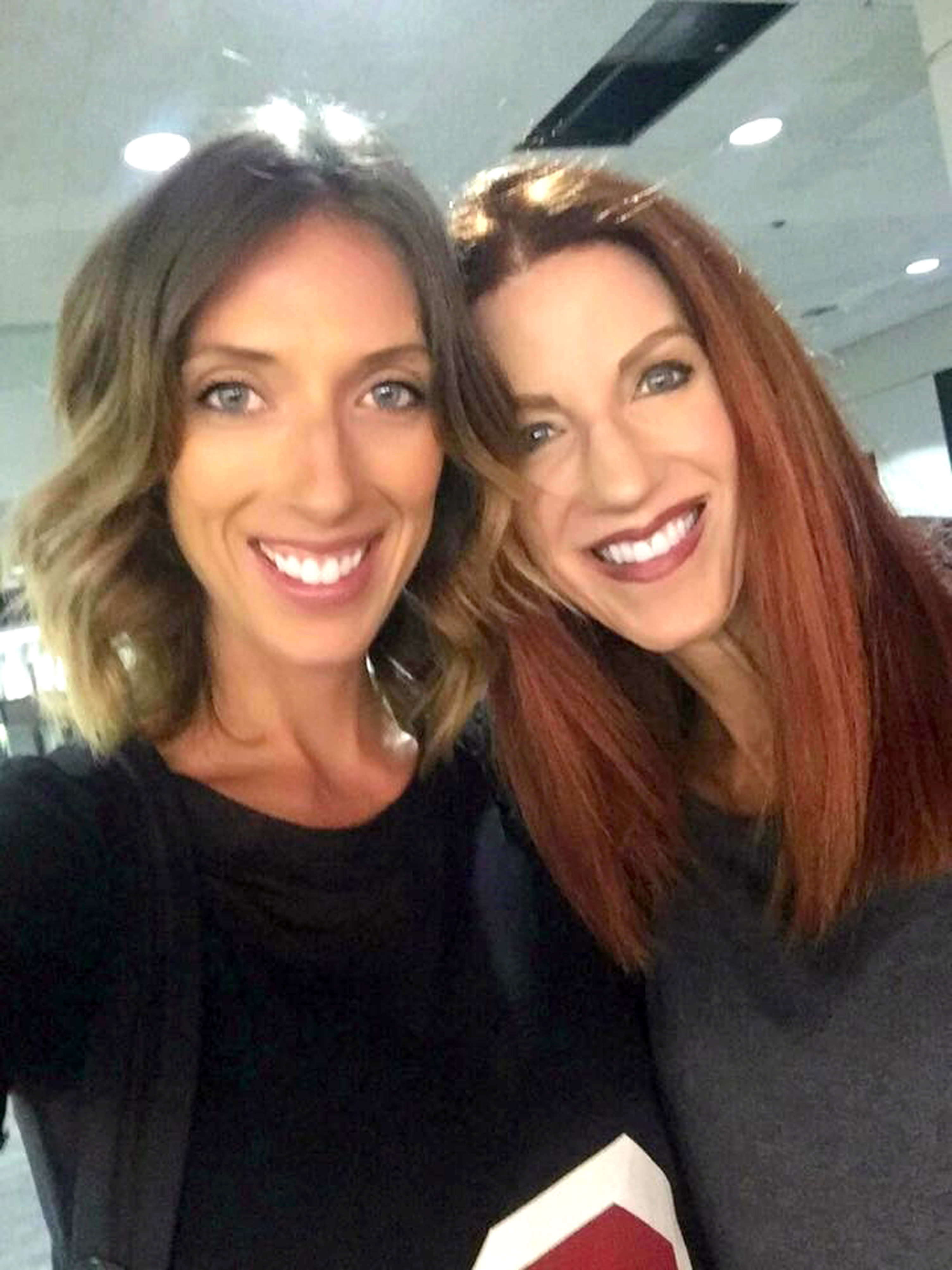 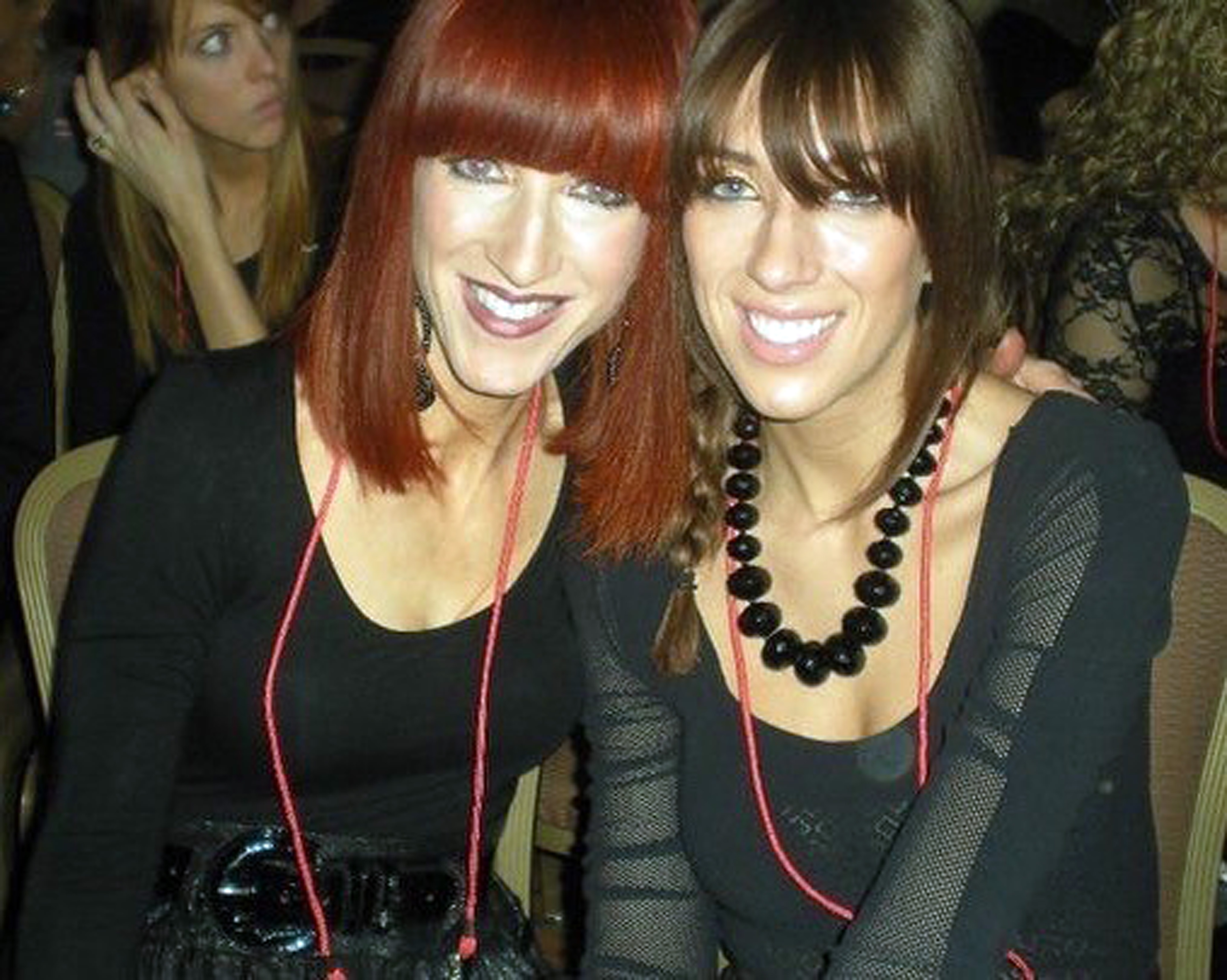 She continued: “People are always complimenting my mum and saying how awesome she is, it’s good that she looks after herself and keeps super fit for her age.

“She often asks for my advice when shopping, we tend to wear similar things, but she will never buy anything that would make her look like she is trying to be young.

"My mum loves to wear skin tight midi dresses but would never wear a mini one like I do.

“I grew up watching my mum being a hairdresser so I decided to follow her footsteps.

“We both can’t trust anyone else to do our hair, so we only go to each other, even if it does mean a five-and-a-half hour flight as I live in Hawaii and she lives in Washington." 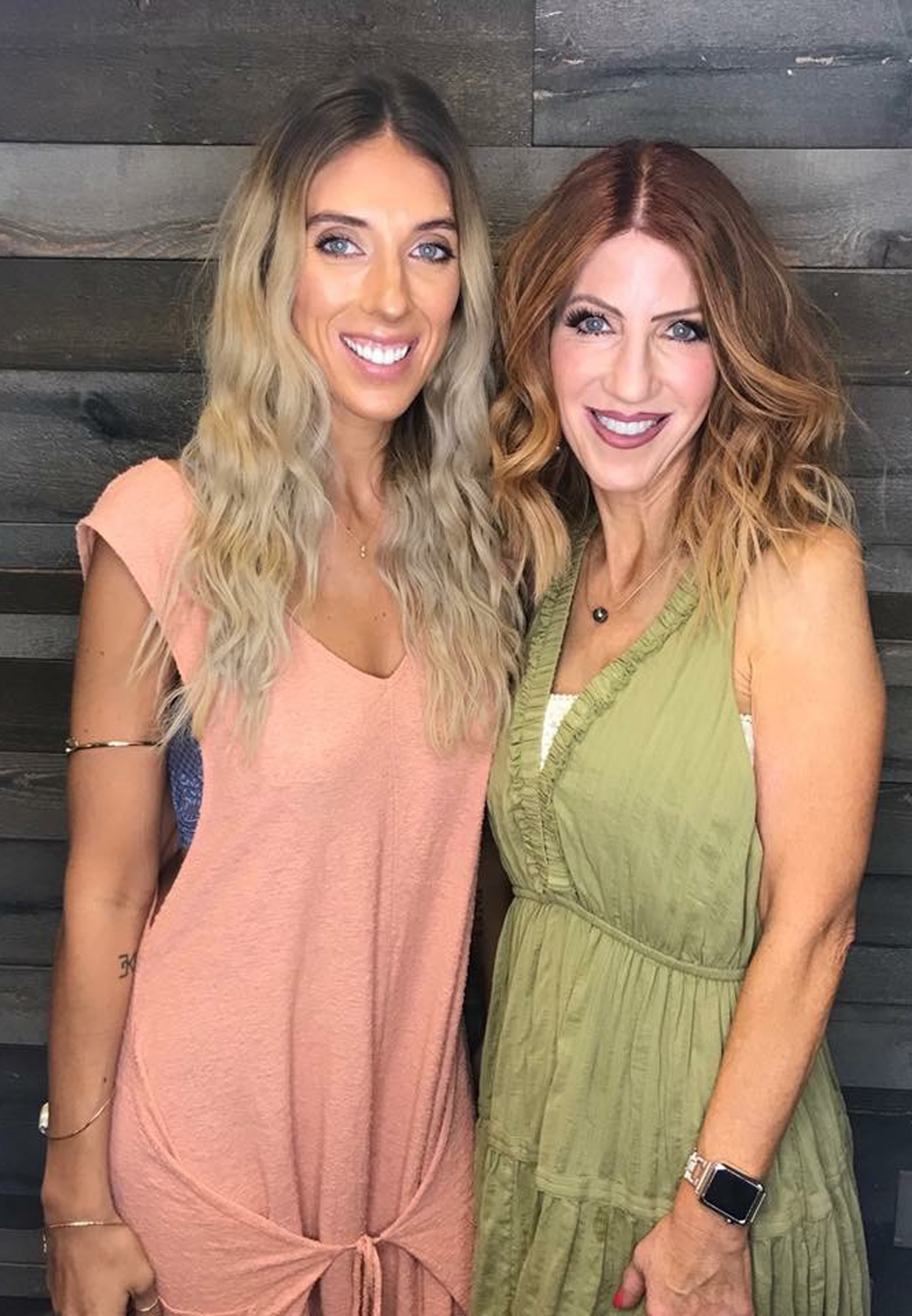 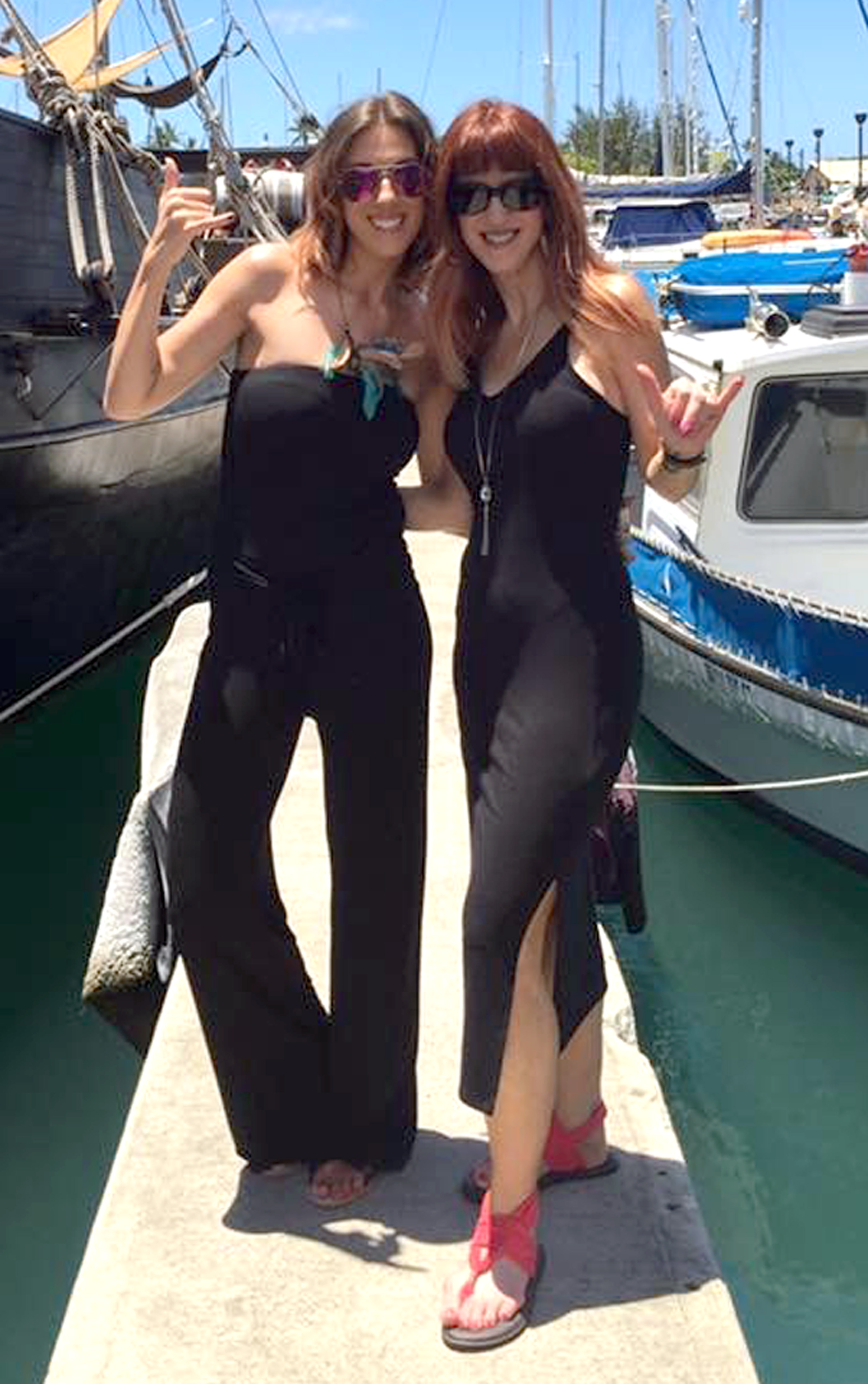 She continued: “She has been my hairstylists since birth, running partner and the listening ear that I can call anytime of the day or night.

“She is my go-to-girl if I ever need anything as I am with her, I think I definitely help keep her young.”

Mum-of-two Sharon also has a son Jason, 32, who also lives in the US, and two grandchildren, Kiya, 12, and Adrienna, nine.

She said she loves being glamourous – and said hubby Rob says she looks better now than when the pair married 37 years ago.

Sharon, who also puts her youthful appearance down to always wearing sunscreen, added: “I became a pilot as a teenager and love flying but I decided to choose a different path for my occupation." 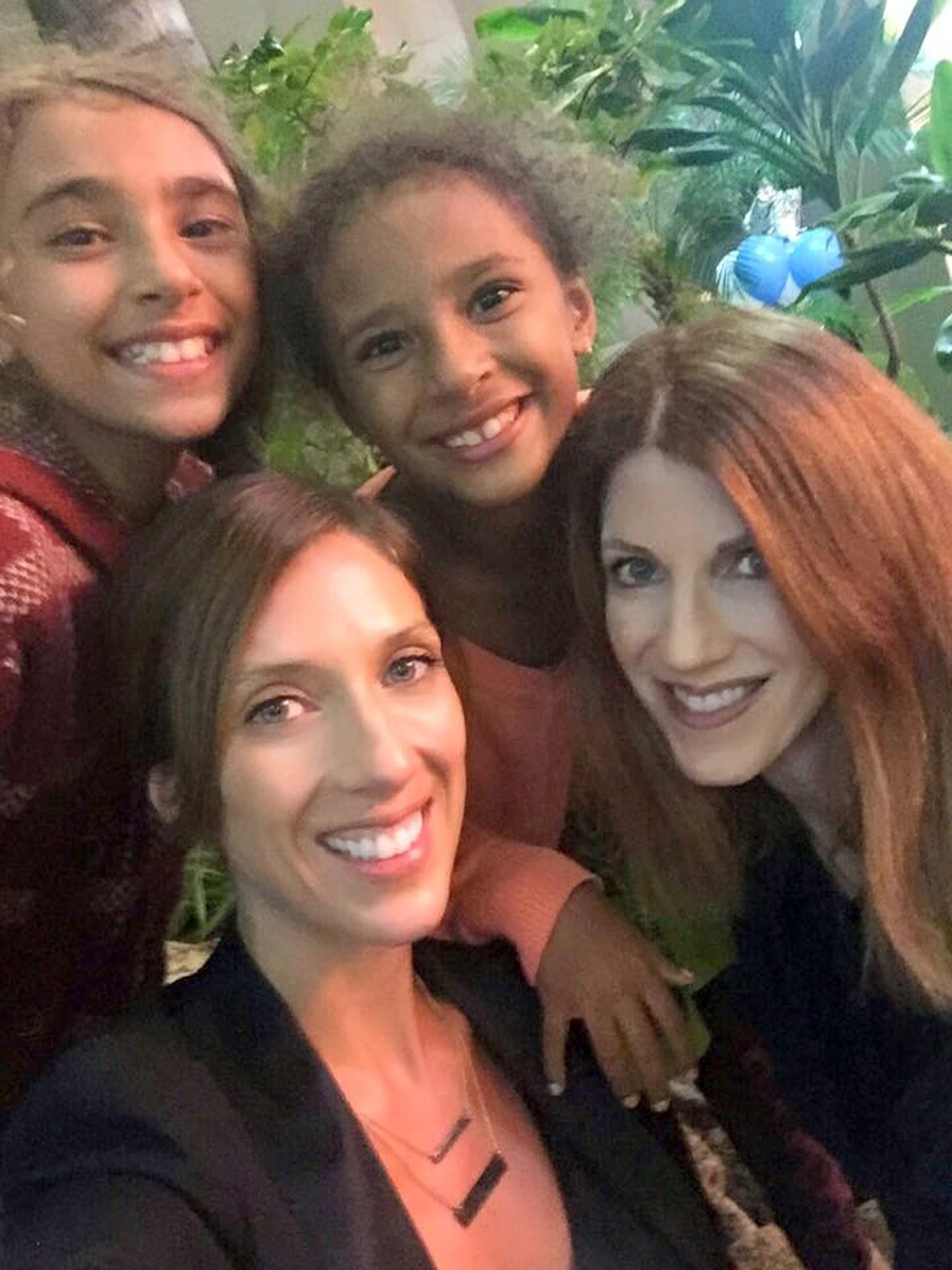 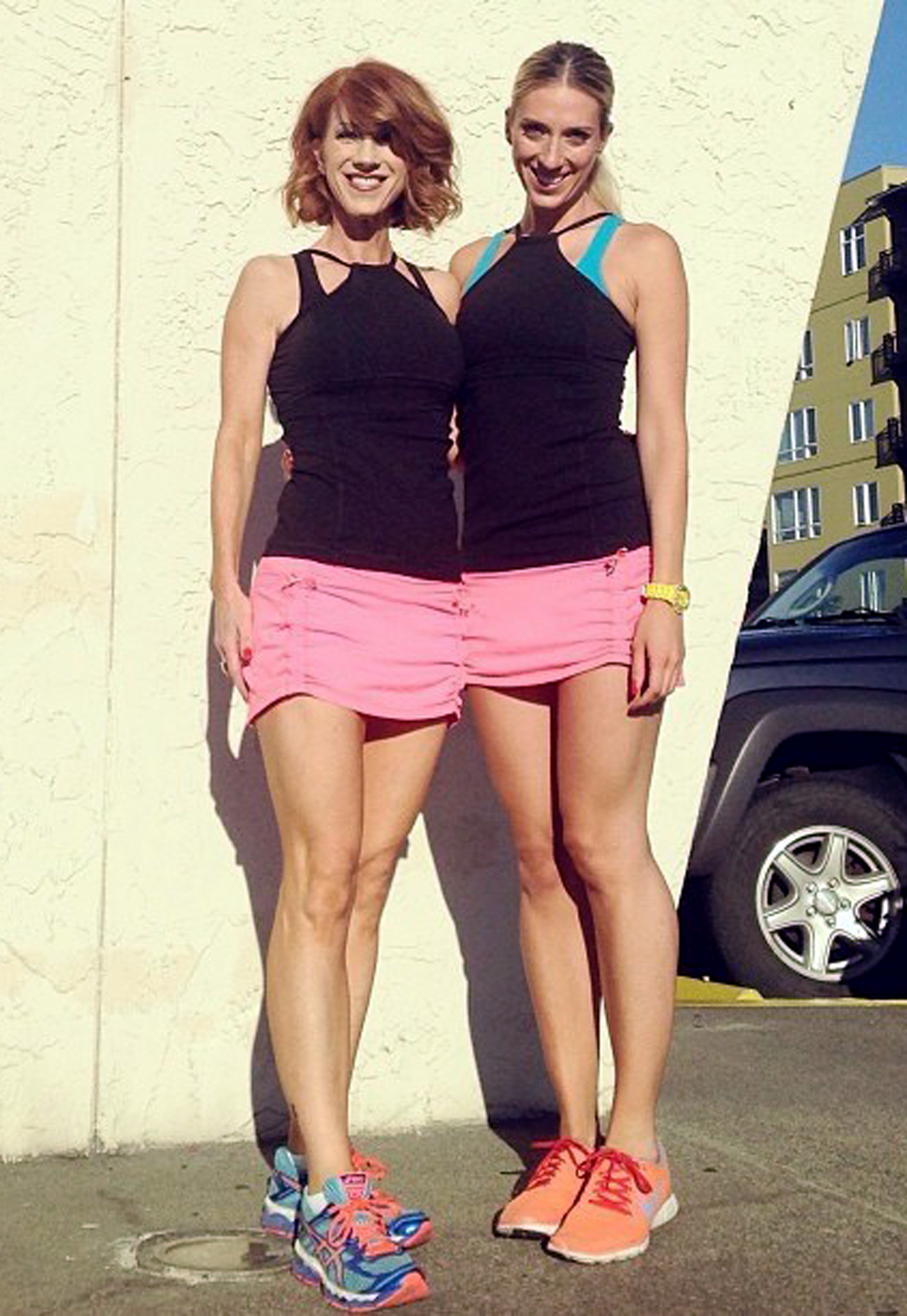 She continued: "I am glad now that I chose the hairdresser route as Andrea has excelled.

“It is amazing working in the same industry as we get to see each other at training days which I really enjoy.

“I love going shopping with Andrea as she will give me an honest opinion and help me find something nice, we like to match as much as we can.

"I live a very healthy lifestyle by running each week and eating healthily, but I do love a bit of chocolate.

"My husband Rob says I look better now than I did when I married him 37 years ago.

"I have always been into makeup but Andrea keeps me up to date with what products are best and I always moisturise and wear sunscreen."

Holly Willoughby enjoys lunch with her ‘lookalike’ mum, 70, as pair prepare to head Down Under.