Mum invites kids to her son’s birthday party – then demands they pay £70, gift only Amazon vouchers and bring their own food – The Sun

A MUM who asked parents to pay £70 in order for their children to attend her son’s party has been slammed online.

Taking to Mumsnet user FurCoatNoSnickers revealed that her teen had been invited to the Go Karting party for the 14-year-old but she was reluctant to send him following the mum’s demands. 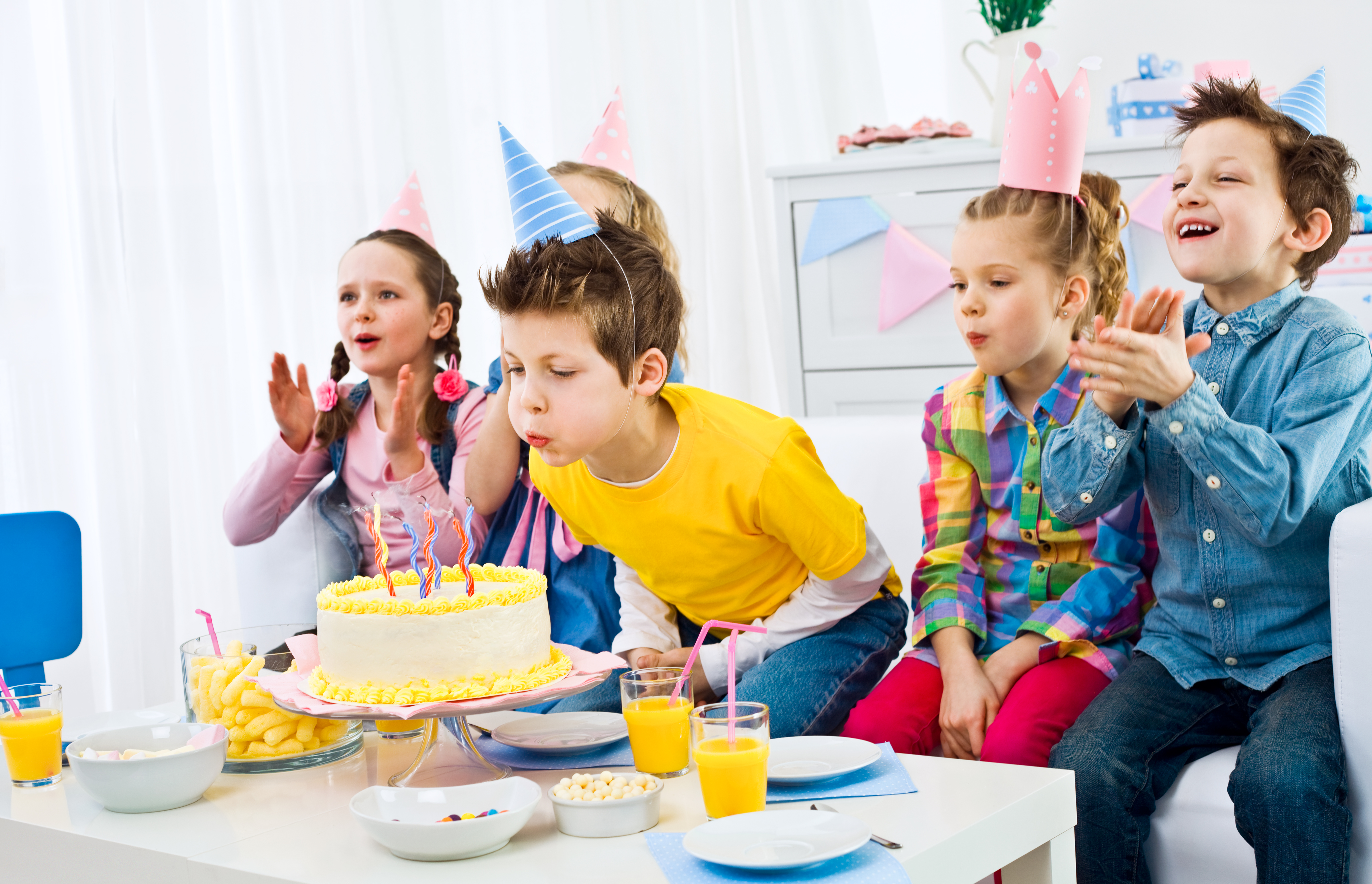 She explained: “Ds (Darling Son) is at a newish school – he was so happy to have been invited to a karting birthday party – turns out the whole class were invited – details were – the date- the activity-transport provided (it’s a 80 mile round trip) and a request of Amazon vouchers for present.

“In the last few weeks since they broke up I’ve been updated with further texts from the mother of birthday boy asking for deposits for the karting (£20) and the remainder on the day (£30) THEN that was followed up by a request for £20 for the transport hmm.

“This morning she (in my opinion) has the gall to request we pack a generous picnic with ice packs and pack extra so the birthday boy doesn’t have to bring anything.”

She continued to explain that she was in a dilemma as she worried this was a good opportunity for her son to make friends in his new school. 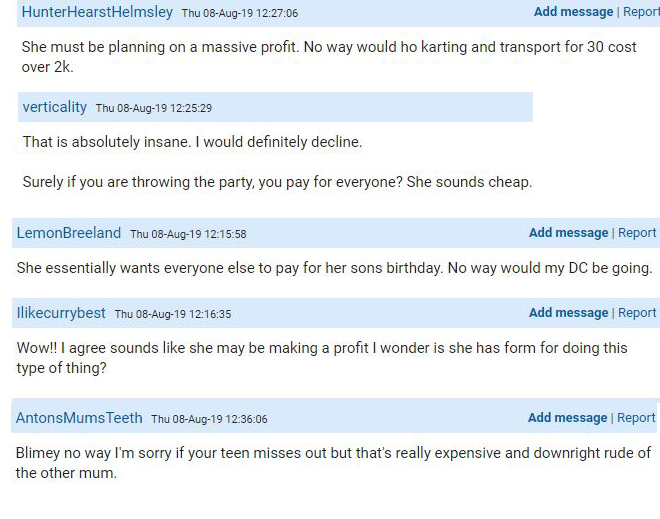 Continuing she wrote: “I think this is the final straw and I’ll instead take ds and a friend karting myself at this rate.

“DH (Darling Husband) says I should like it or lump it and if everyone else seems to be going then it would be a shame for ds to miss out.”

But fellow Mumsnet users were totally behind her decision, agreeing that they would not let their children attend.

One wrote: “She essentially wants everyone else to pay for her son’s birthday. No way would my DC (Darling Child) be going.”

Agreeing another added: “That is absolutely insane. I would definitely decline. Surely if you are throwing the party, you pay for everyone? She sounds cheap.”

A third commented: “Blimey no way I'm sorry if your teen misses out but that's really expensive and downright rude of the other mum.”

Others even accused the mum of trying to make a profit from her son’s birthday.

“Wow!! I agree sounds like she may be making a profit I wonder is she has form for doing this type of thing?” commented one.

A second said: “She must be planning on a massive profit. No way would go karting and transport for 30 teens cost over 2k.”

In other parenting news, a mum has sparked a fierce debate after revealing revealing her ex-husband named his dead son after their boy.

And another mum was accused of poor parenting after revealing she still lets her six-year-old daughter have a dummy.