Taking to Mumsnet, the woman explained she was still being stitched up after an emergency C-section and "traumatic birth" when the grandma "let herself in without permission".

The mother-in-law, who is an NHS doctor, used her work card to gain access to the ward.

The mum added: "I wasn't asked if it was okay if she could be there, and because I was being stitched up on theatre still, she held my DD (dear daughter) before I even got to.

"I'm so angry and upset about this.

"Prior to going into labour, I'd discussed with DH (dear husband) that I didn't want anyone visiting for at least a day or so, let alone have MIL (mother-in-law) there before I'd even held my own child. 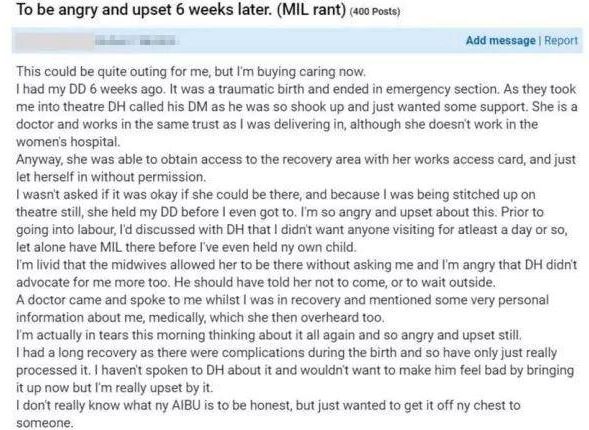 "I'm livid that the midwives allowed her to be there without asking me and I'm angry that DH didn't advocate for me more too.

"He should have told her not to come,  or to wait outside."

She added her husband had called his mum for support, because he was "so shook up" when his wife was rushed into theatre.

Her mother-in-law then overheard a chat between the mum and her doctor when she was in recovery after the op, in which some "very personal information", of a medical nature, was discussed.

Posting six weeks later, she said: "I'm actually in tears this morning thinking about it all again and I'm so angry and upset still." 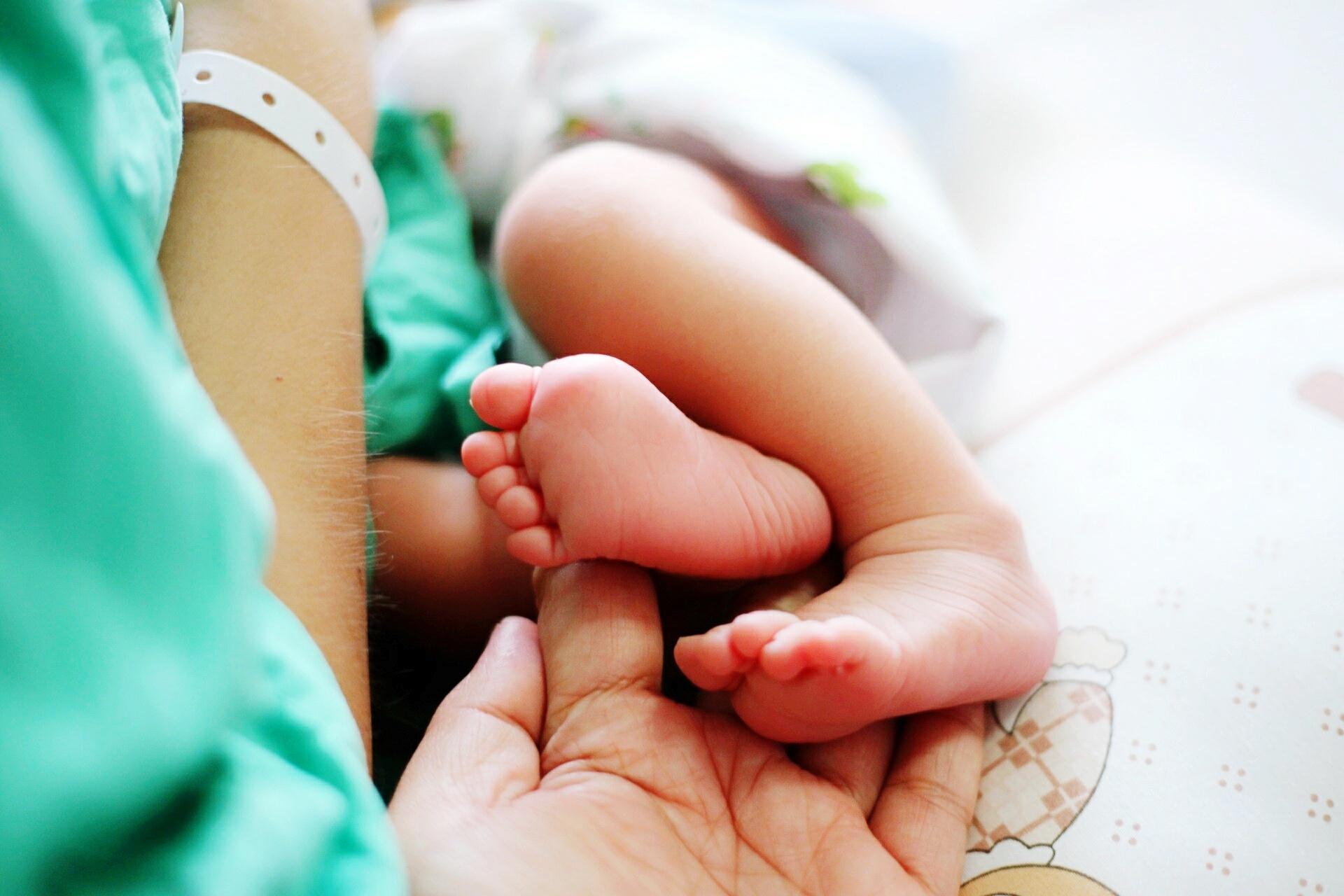 The controversial topic struck a chord with several mums, who agreed the mother-in-law was out of line.

The skin-on-skin contact immediately after birth is commonly cited as one of the best ways for a mum to bond with her new child.

“I'd be livid. What a violation,” one mum wrote.

And a third added: "The father could have held the baby! You need to tell MIL what she did was not OK and you expect an apology."

While others did defend the mother-in-law.

"If my son ever phoned me in a state of distress, desperately needing my support, I would be there in a flash," one woman wrote.

"I make no apologies for that, and I expect you would do the same for your child."

Others agreed, commenting: "If you're that upset then it's your DH you need to be upset with.

"Your MIL only did what her son asked her to. As a parent it seems natural she would support her child."

And a third said the mum needed to see where her hubby was coming from.

She wrote: "He was probably a bit oblivious, what with the birth being traumatic and him needing a bit of support.

"He was probably terrified and felt he needed his mum. I am sure if you explain he will understand."

In more newborn news, this mum-of-two claims she cured her babies’ eczema by bathing them in her own breast milk after birth.

While this woman revealed her anguish as one of her twin sons died at birth while the other survived.