Sophie Eke wasn’t going to let it rest when her mum Julie gave buyers more than they’d bargained for while trying to sell a pair of wardrobes online. 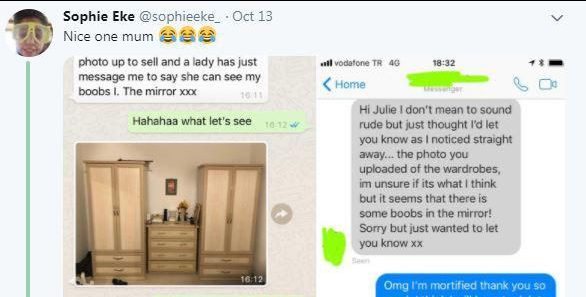 She uploaded a picture of the items which featured a tiny peek at her exposed chest reflected in the bedroom mirror.

It wasn’t until a stranger messaged Julie directly that the mortified mum realised her mistake and took the post down.

In a tactful message the potential buyer said: “I don’t mean to be rude but I thought I’d let you know… it seems there are some boobs in the mirror!”

The saga may have ended there if it wasn’t for her daughter Sophie sharing the “mortifying” story on her Twitter account, calling the mistake the “funniest thing I’ve ever seen”. 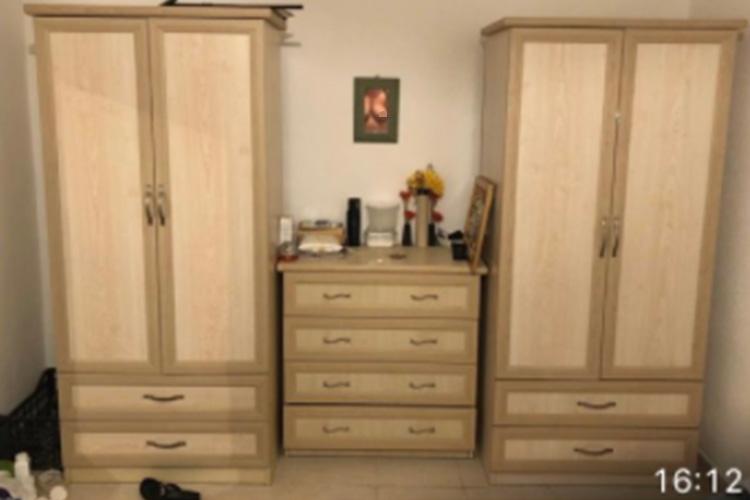 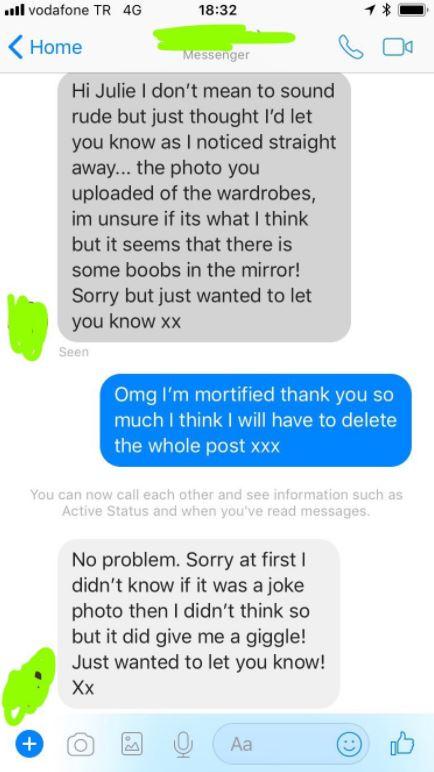 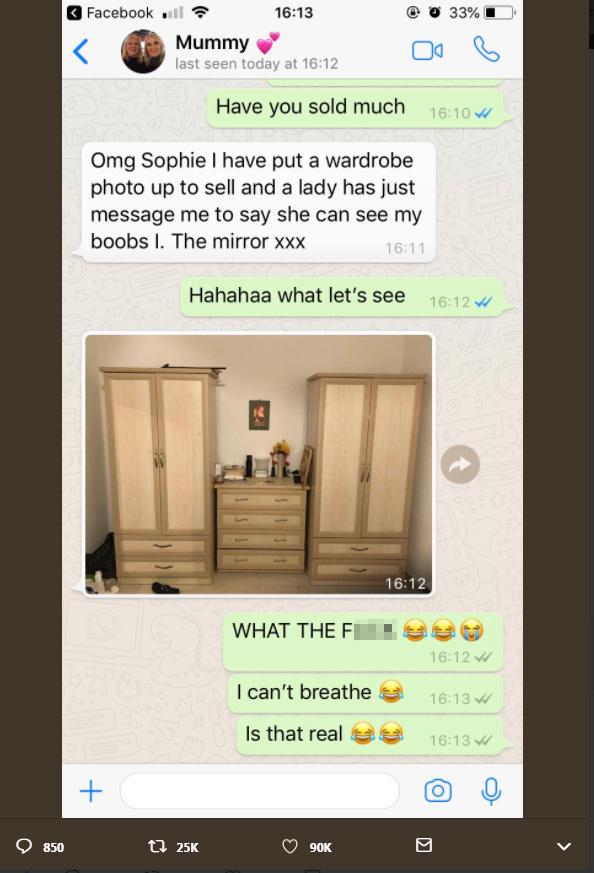 Sophie followed this up with screenshots of a Whatsapp message with her mum which featured the offending photo, and the DM from the potential buyer, in a tweet captioned “nice one mum”.

The post has been shared more than 25,000 times, and liked by more than 90,000, leaving the Twitterverse in stitches.

Almost 900 commented on the side-splitting series of events, calling the post “hilarious” and saying they’re laughing so hard they’re “crying”.

The post has even gained poor Julie some new fans. One user commented: “I actually love her mum”, while others thanked her for “making their day”. 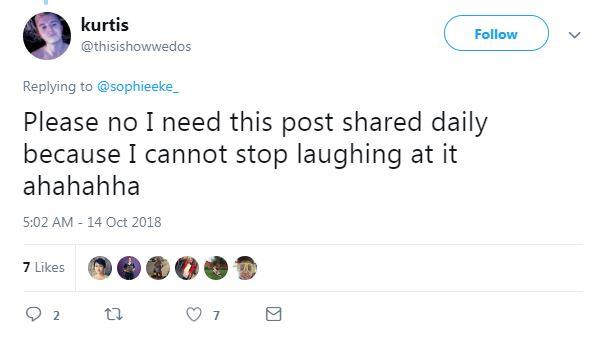 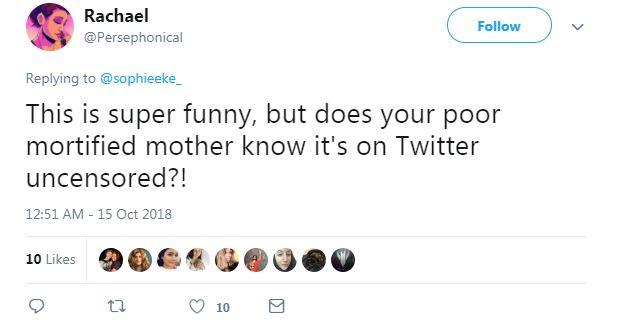 Other users have, however, raised concerns for “poor” Julie, asking Sophie if her mother is aware her blunder is the talk of Twitter.

This story originally appeared on News.com.au.

We previously told how a mum "accidentally" sent her son to school in a VERY rude T-shirt.

And another was mortified when her daughter revealed her mum’s life "wouldn’t be worth living without wine" in a hilarious homework confession.