Retail worker Sarah Bailey thought she was simply constipated when she first felt back pain on April 12. 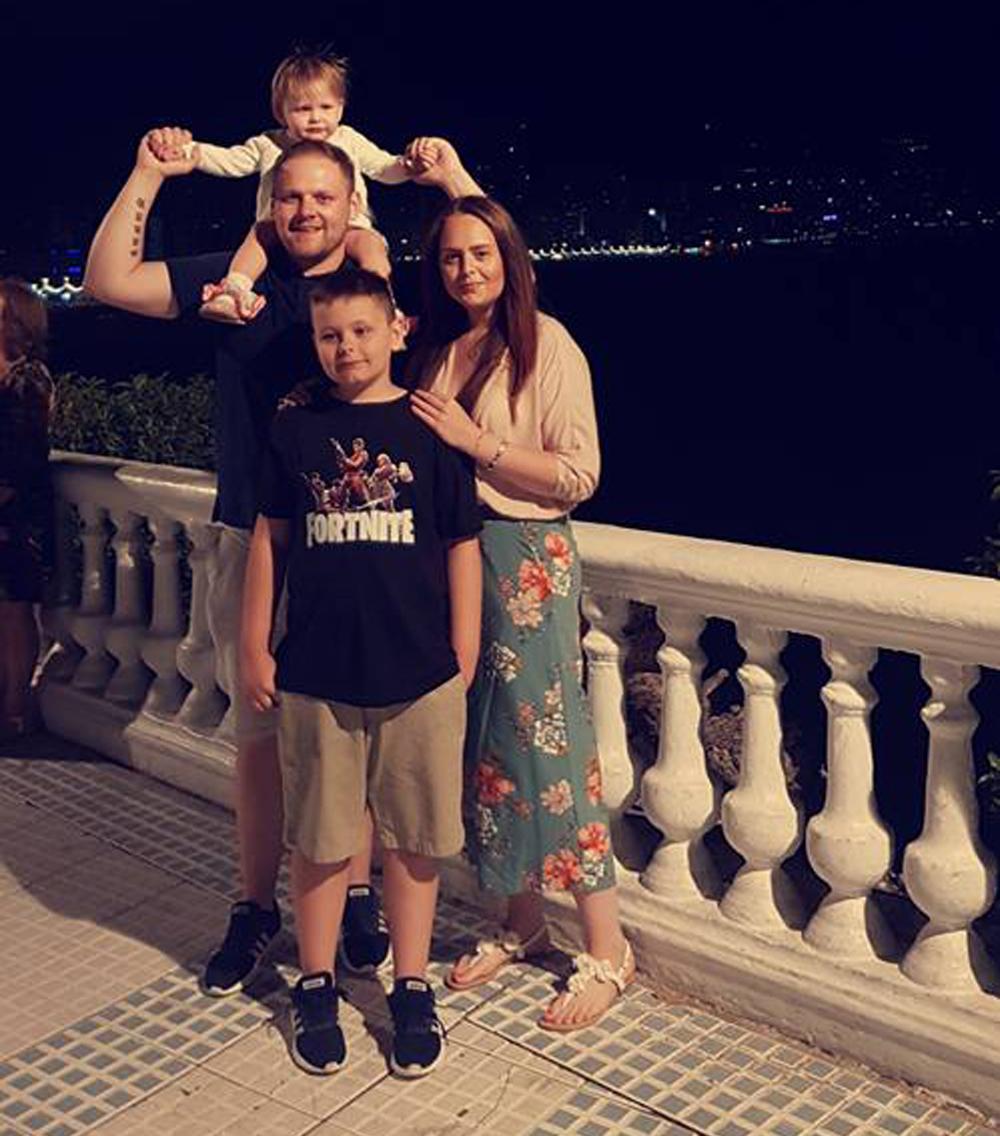 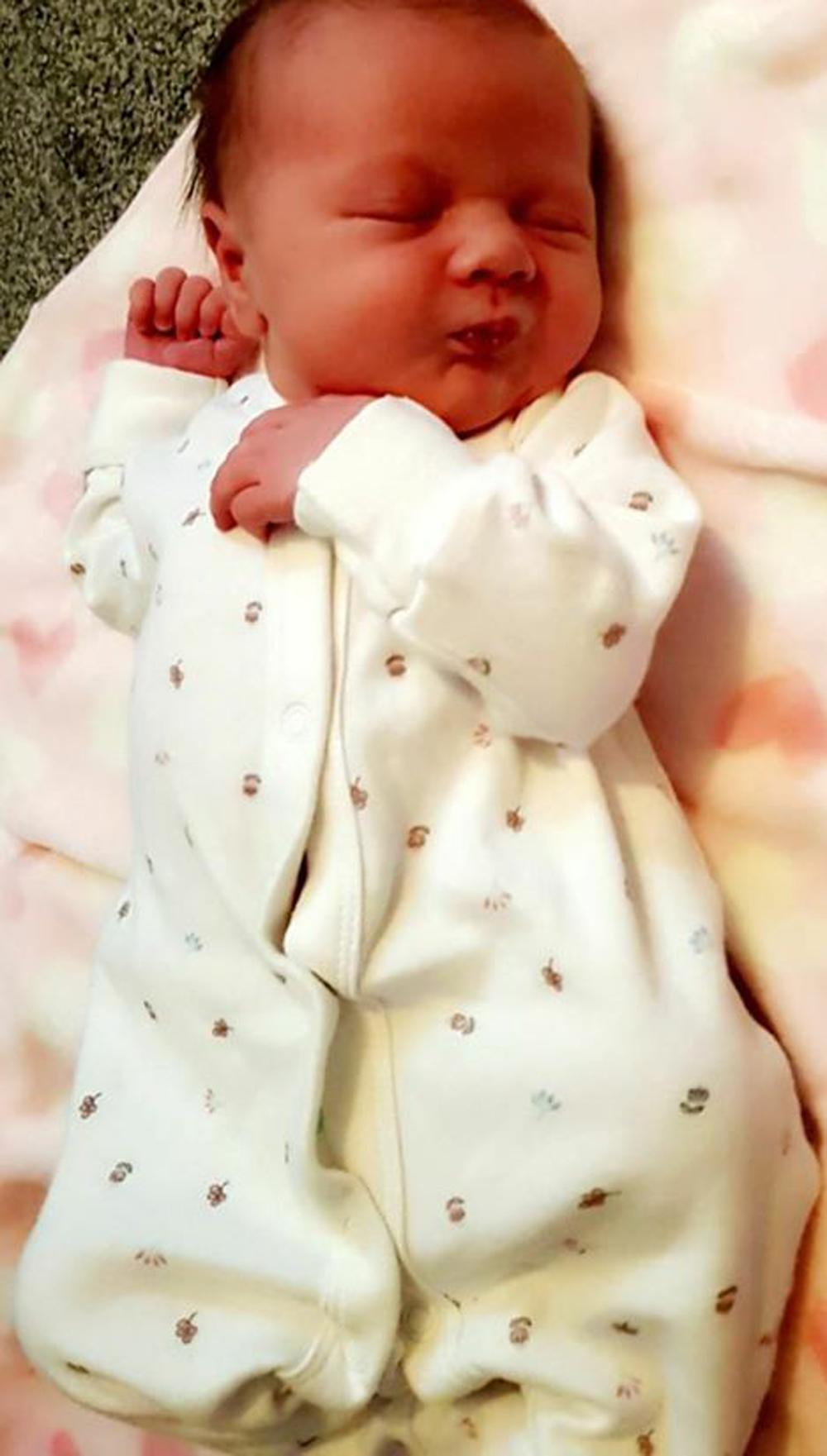 But when the 29-year-old started to bleed heavily, her mum Pat, 60, took a look – and told her daughter: "You're having a baby".

Minutes later, Pat was delivering her own grandaughter on the toilet floor – after Sarah, from Middlesbrough, blacked out.

Worryingly, little Desirae stopped breathing shortly after being born but was resuscitated by paramedics on her parents' bed.

Sarah, who already had three kids with security worker David Lee, 29, said: “It was so surreal. 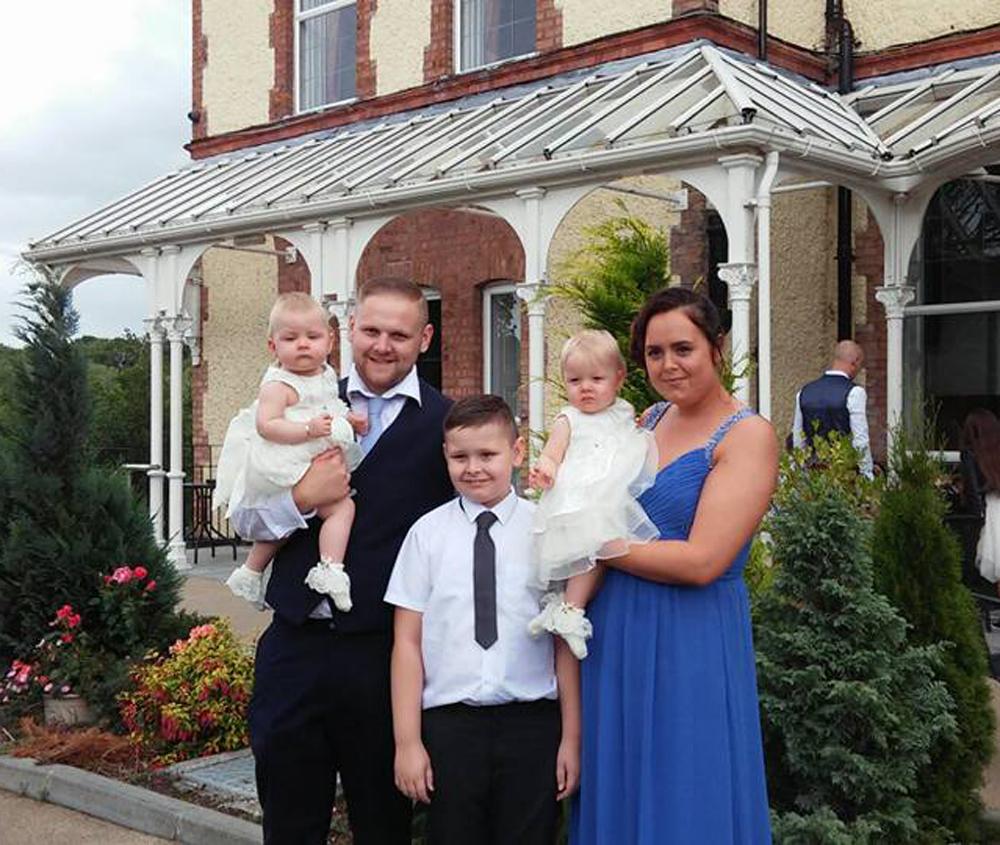 “I could hear the voices and remember seeing a commotion around me, but it all felt miles away, like I wasn’t really there.

“I’d had no idea I was pregnant, let alone seconds away from giving birth.”

Sarah's first feeling was guilt, as she'd been drinking during her surprise pregnancy.

She said: “I asked the doctors if it was my fault she hadn’t been breathing at first, but they said it was just where her body had gone into shock.”

Of her brother's boozy wedding in Ireland last August, when Sarah was one month pregnant, she said: “I feel bad that I drank, but I had no idea Desirae existed then.” 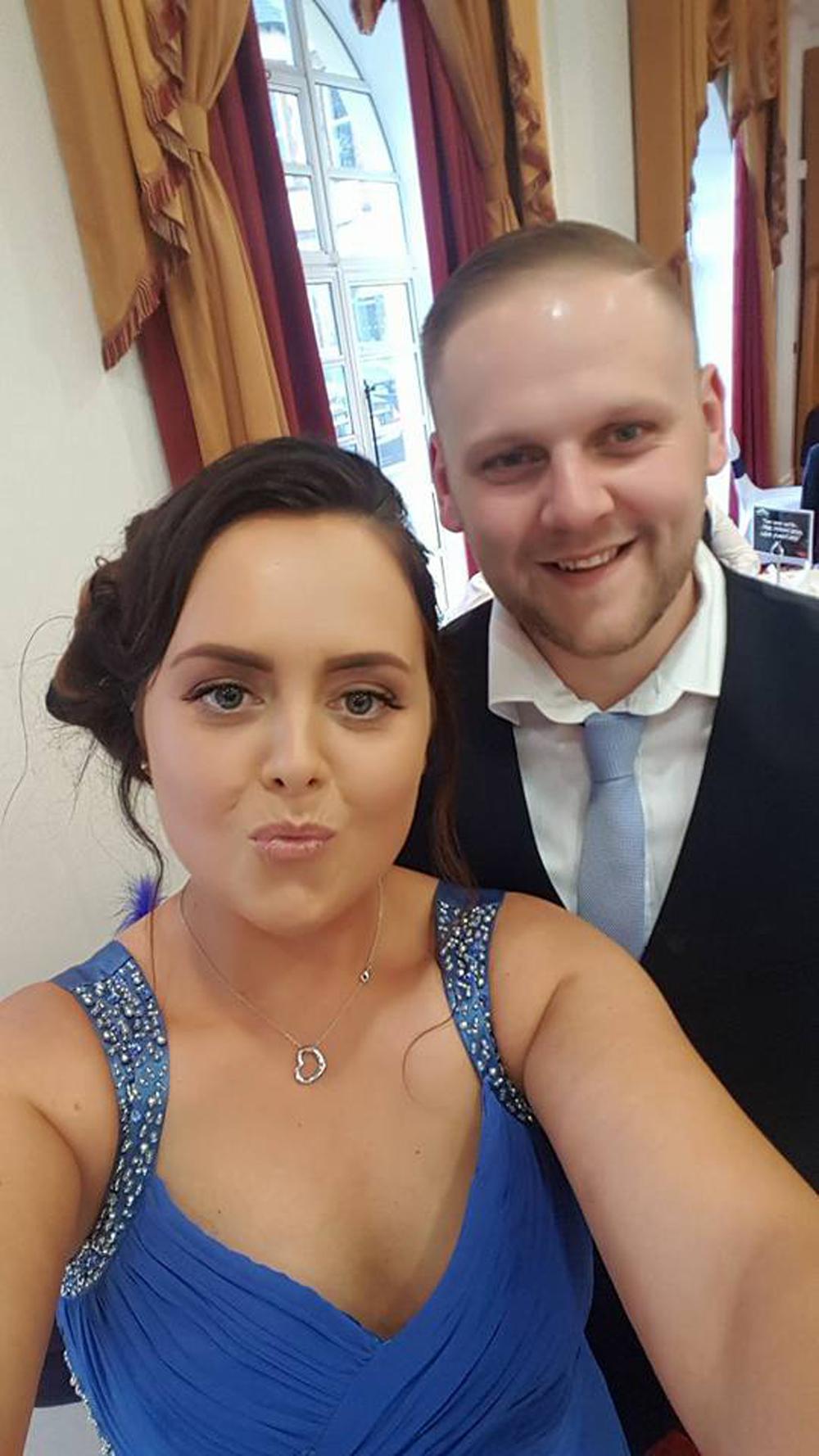 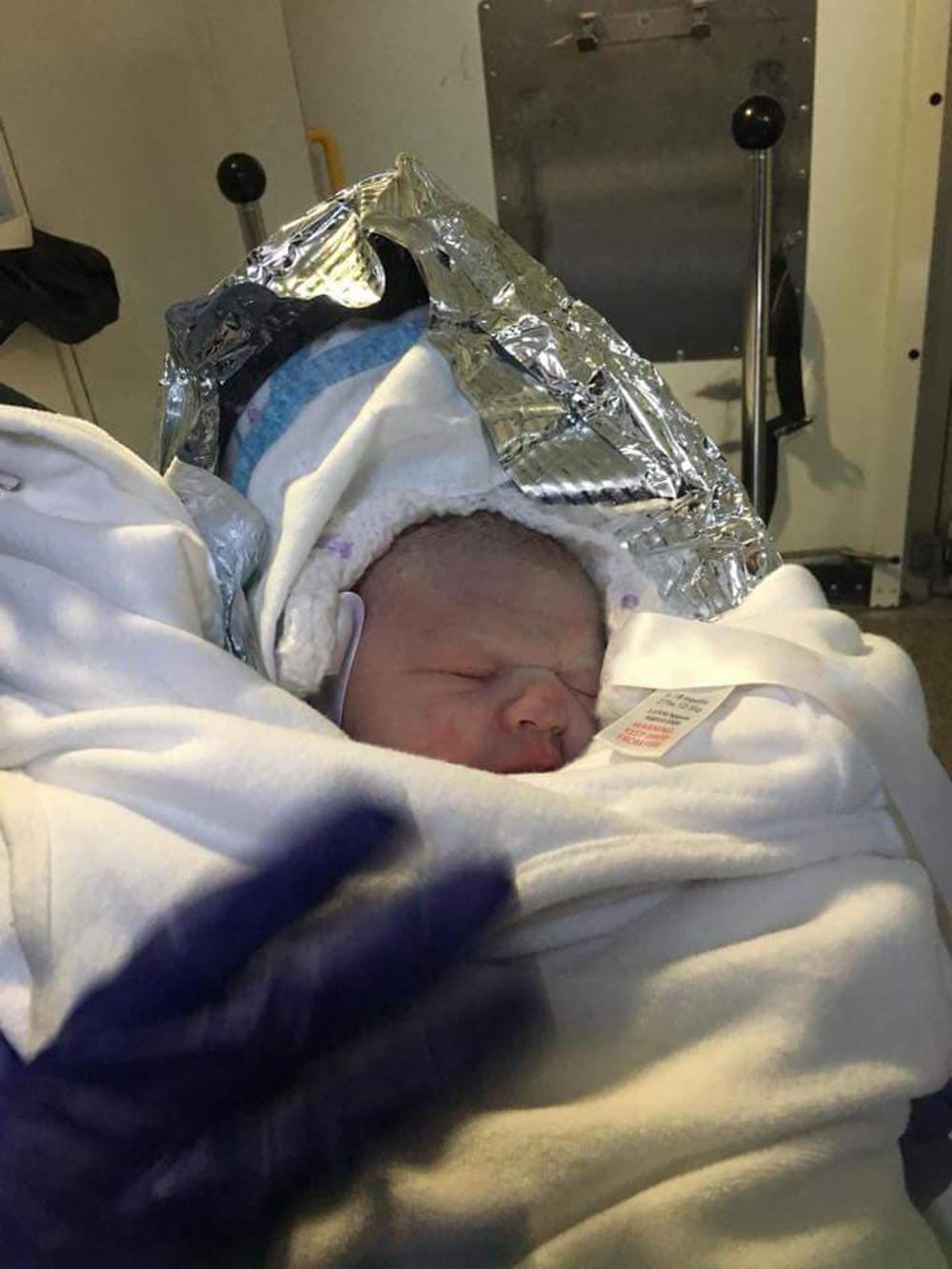 Sarah is also mum to son Rio, 11, and twin girls Isabella and Tamiya, who are nearly two – and she's no stranger to difficult births.

The twins were born seven weeks early, on September 11, and had to spend 17 days in incubators until they were ready to be discharged.

With baby Desirae, Sarah showed no symptoms of pregnancy for months. She didn't gain any weight, and could still fit comfortably into her size 10 jeans.

Doctors now realise the position of her placenta, which was in front of her uterus, masked her bump.

She also thought she was having regular monthly periods, but now knows this was her placenta slowly rupturing.

Sarah said: “Doctors have said it was just one of those unpreventable things and can’t say exactly what caused it. I thought it was just a heavy period.

“I’d not long had the twins, so assumed it was my body getting back to normal, and that the hormones and trauma of the birth had had an effect.

“David and I had been using condoms, so we weren’t having unprotected sex. But I guess we were just in that tiny percentage of people they don’t work for.” 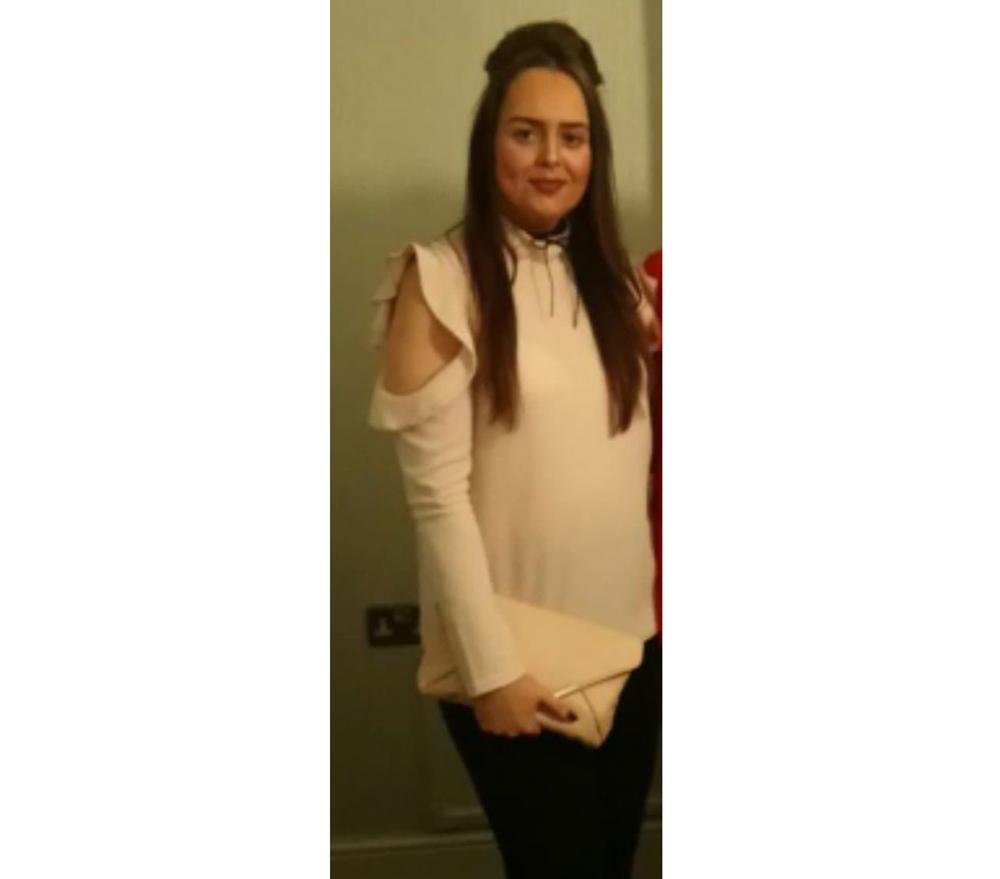 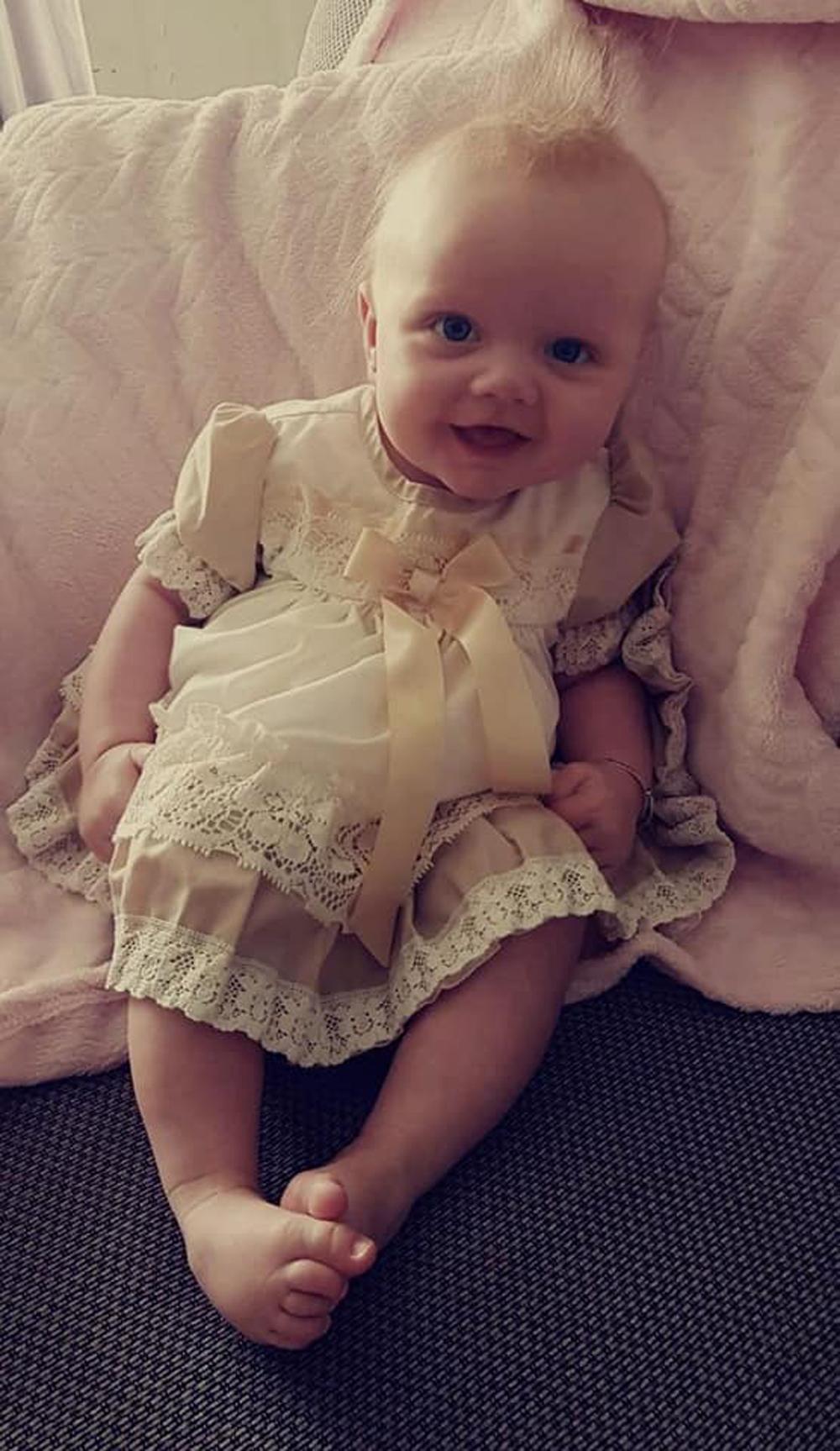 The first sign something was up came when Sarah experienced terrible back pain on April 12.

She added: “This wasn’t normal back pain. It was almost behind my lungs.

“Doctors have since said since that Desirae was breech virtually the entire pregnancy, so the pain was her moving against my back, ready to get into position for being born.”

She was at home having her hair cut, and had to lie down because she was in so much pain.

Sarah thought she was constipated, having experienced this in the past, and asked Pat to buy her some laxatives.

Within a few minutes, she was racing to the toilet, and horrified to discover she was bleeding.

“It sounds graphic, but it was like big clots gushing from me,” she said. “I felt like my bowel was going to fall out.

“I felt so claustrophobic in that toilet. I was terrified. Mum deserves a medal, she was trying her best to reassure me that I’d be okay.

“She examined me, and could see something but wasn’t sure what it was at first. Then, she suddenly realised and told me, ‘You’re having a baby.’” 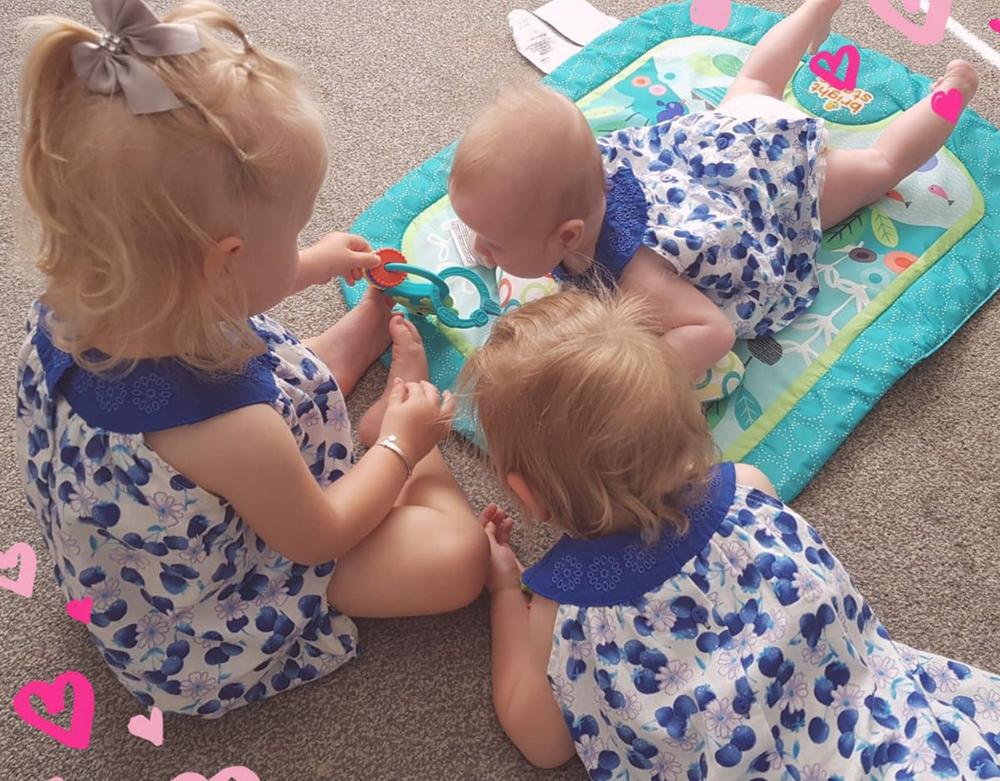 David, who'd been looking after the kids downstairs, phoned an ambulance – while Sarah only remembers feeling an urge to push, and glimpsing a baby between her legs, before passing out.

When she came to, she was surrounded by paramedics – and soon whisked off to James Cook University Hospital.

She said: “I’d given birth very quickly with no pain relief, so my body was in complete shock, which is why I blacked out.

“All I wanted was my mum. At some point in hospital, I must’ve drifted off again, because suddenly I woke up and Mum was there at my bedside.

“She said, ‘The baby is absolutely fine.’ At first, I’d no idea what she meant. Then I remembered I had given birth.

“David was there too, utterly astonished. He just kept saying, ‘Oh my god, we have another baby girl.’”

The couple weren't sure how to break their news to friends and family, but David suggested posting on Facebook – to let everyone know in one go.

Sarah said: “At first, people thought I was messing around and that I’d posted a picture of a doll – but they soon realised I was completely serious.” 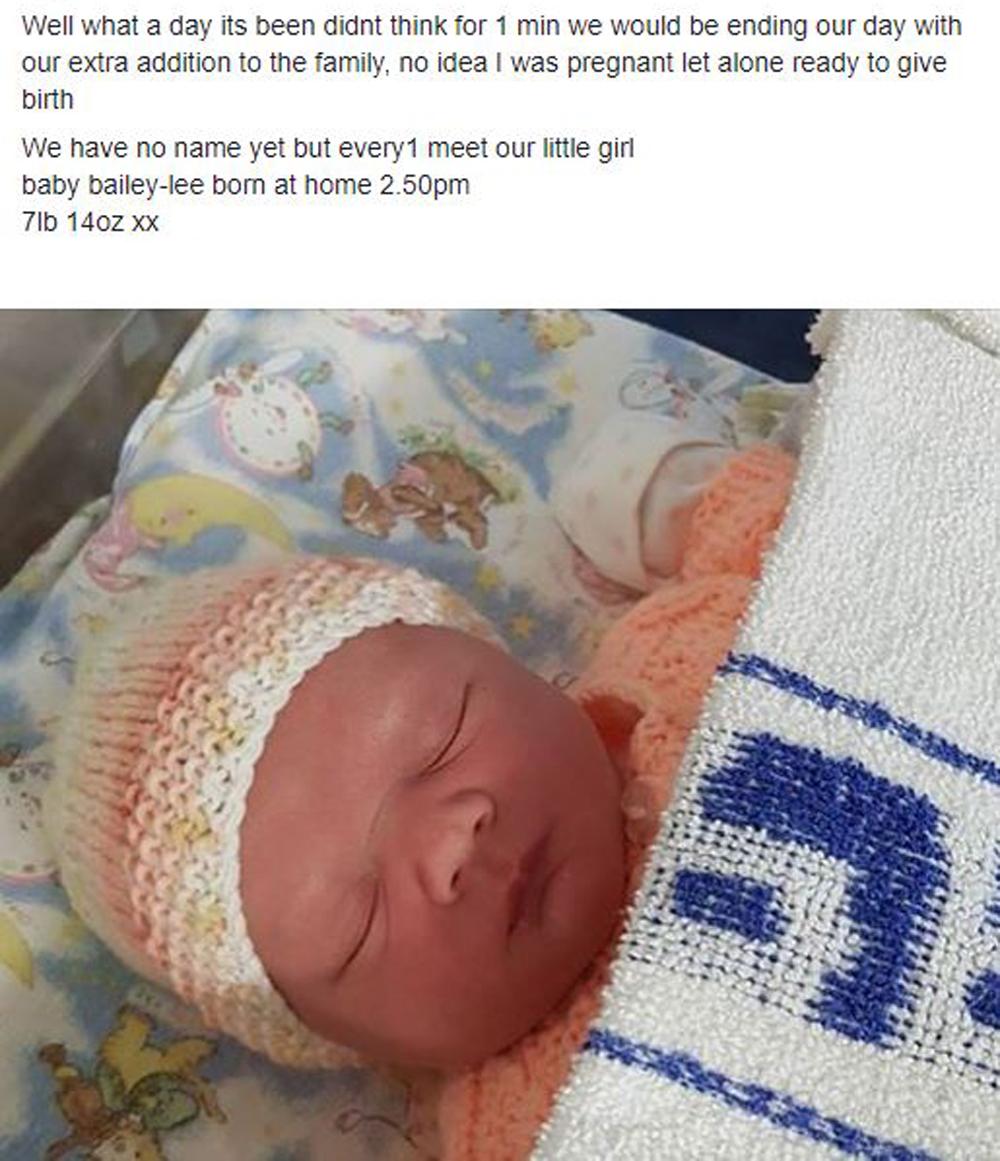 Desirae was born weighing a healthy 7lb 14oz, and she and her mum were discharged from hospital three days later.

Having given away all her baby supplies, Sarah was completely unprepared, but friends and family rallied around her with donations.

The mum has since fought off womb infections, and may still need a blood transfusion but says she feels lucky to be alive.

She said: “This has all been such a whirlwind. I still shudder to think what would’ve happened if I’d been alone with nobody to help me, or if Mum was forced to choose between saving me and Desirae.

“She deserves a medal. We still can’t quite believe she delivered her grandaughter.

“Rio is over the moon with Desirae, and the twins love fussing over her. She’s such a wonderful little baby, and she’s living proof that the body doesn’t always react to pregnancy in the way you’d expect.”

We previously reported on a mum who sank fishbowls of cocktails, Malibu and prosecco every night on a boozy girls’ trip to Majorca… unaware she was EIGHT MONTHS pregnant.

While a first-time mum who gave birth in NINE minutes after popping paracetamol says ‘it didn’t hurt’ and she only pushed for two minutes.