Mum reveals her friends are sending their son, four, to school in a pinafore and tights… and people are outraged

Posting on Mumsnet, RelentlessSylvia revealed the young lad has always been bought a range of clothes – including dresses, skirts, trousers and shorts – and picks his own outfit every day. 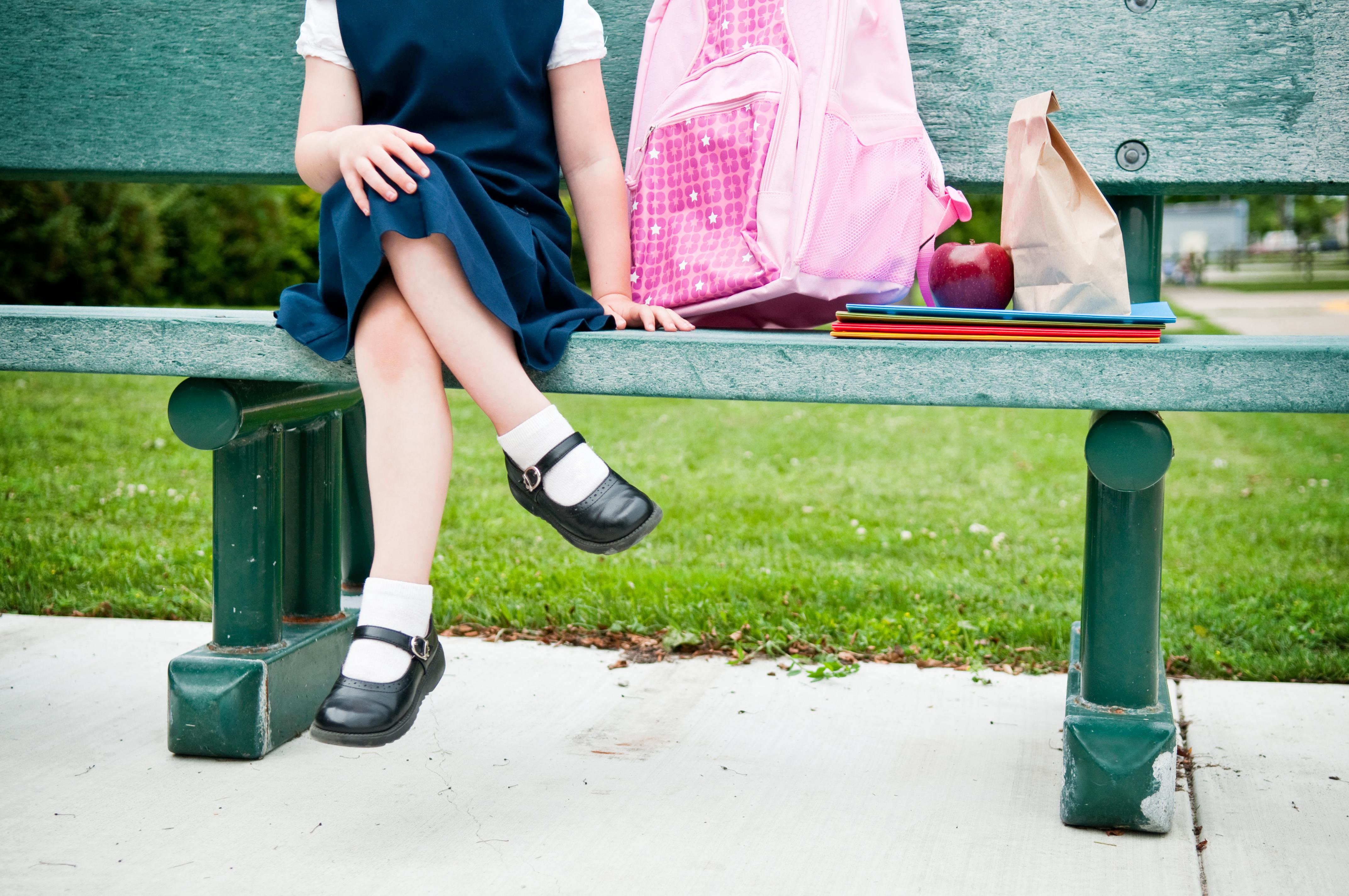 She said: "He has no concept that garments are gendered and just likes to wear what he likes to wear. I think this is great.

"But they haven't bought a range of uniform items, they've bought him pinafores and tights.

"AIBU (am I being unreasonable) to think they are making a statement at the expense of their DS's (dear son's) choice?

"Shorts and trousers are, for better or worse, much less gendered items than dresses." 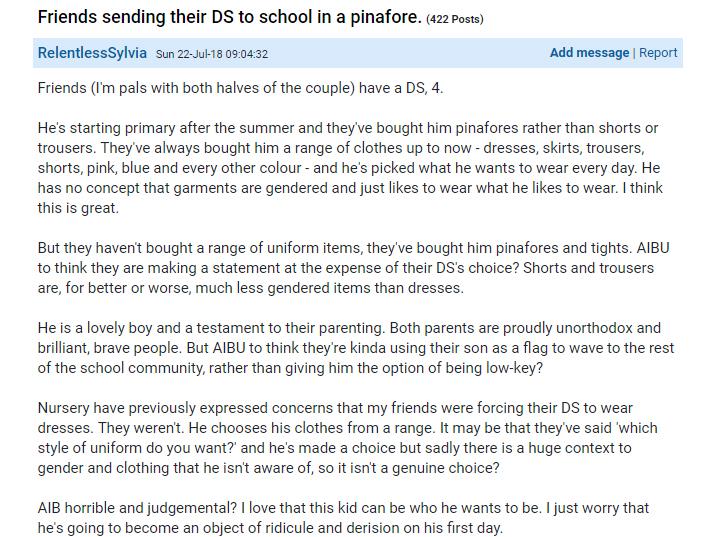 She added: "Nursery have previously expressed concerns that my friends were forcing their DS to wear dresses. They weren't.

"It may be that they've said 'which style of uniform do you want?' and he's made a choice but sadly there is a huge context to gender and clothing that he isn't aware of, so it isn't a genuine choice?

"AIB horrible and judgemental? I love that this kid can be who he wants to be. I just worry that he's going to become an object of ridicule and derision on his first day."

And her fellow mums have torn into the parents, saying: "They sound horrible. Poor boy."

One mum claimed: "The poor lad is going to get absolutely tormented at school and it'll all be his parents' fault."

And another added: "I actually think this is abusive behaviour on their part. They sound like absolute nutters. Like WTF!" 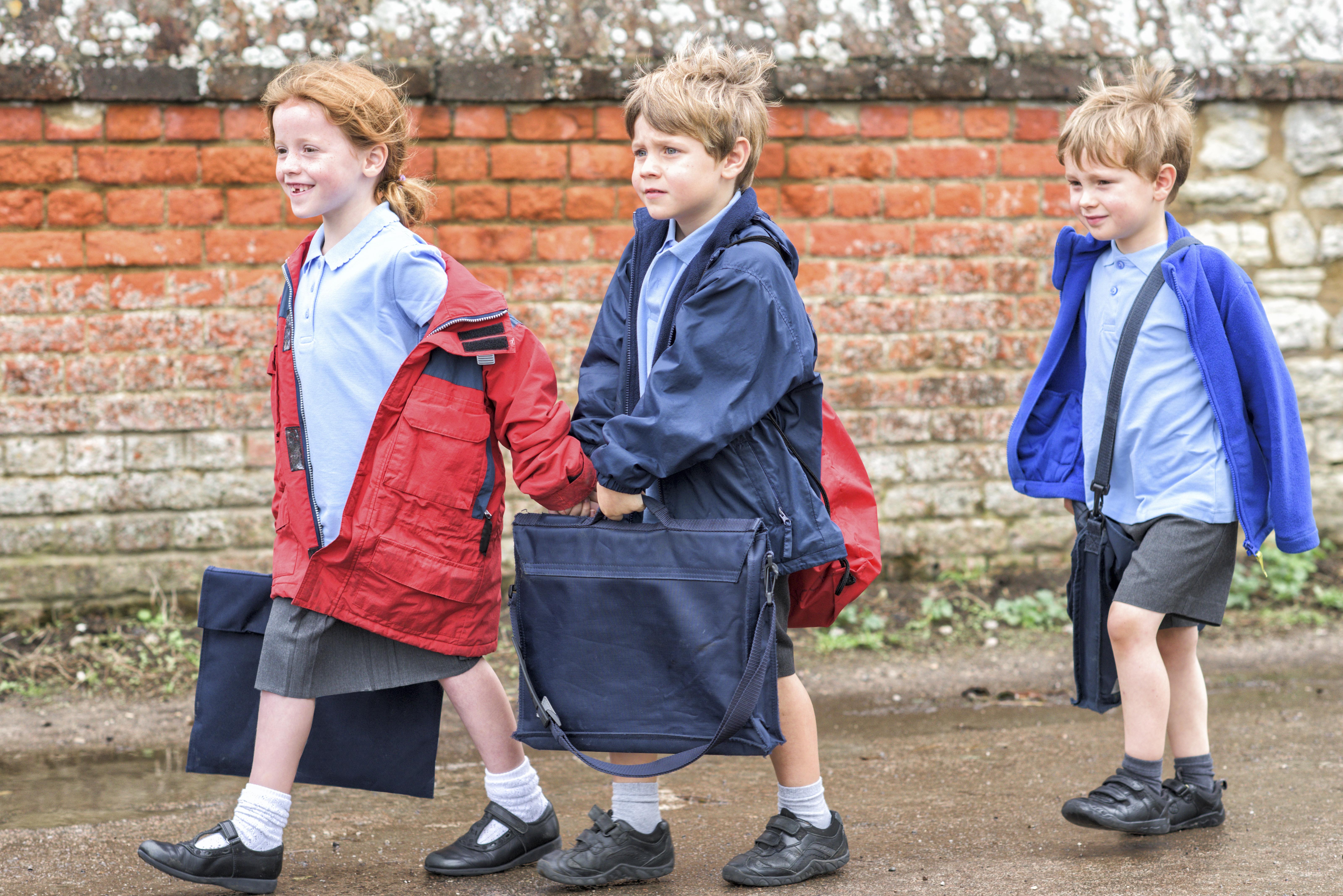 Others worried about the little lad being bullied, with one woman writing: "That’s going to be a tough first day."

Another woman commented: "They don’t sound brave and brilliant to me, they sound like a pair of idiots. Why would anyone do that?

"I’m finding it hard to believe that the child has no idea about gender and typical clothing when he attends nursery. Poor boy."

One woman said: "They are setting him up for a very tough life. I appreciate what they have tried to do but general attitude isnt with them im afraid."

While another commented: "Oh dear, poor kid. Even if they do let him wear trousers eventually, the damage will already have been done and he’ll be forever known as the boy who wore a girl’s uniform.

"Kids have long memories about these things!"

A third argued: "I think this will just cause the poor boy to become confused about his gender, if he isn't already."

And another mum said: "Frankly I'd be worried about well meaning teachers asking him if he's really a girl".

In more parenting news, this childless woman thinks it's "pointless" meeting up with "boring" mummy friends – and dozens of people agree with her.

And this mum reveals why she is considering having a baby by a SPERM DONOR – despite having a long-term boyfriend who also wants children.