A MUM has warned other parents to know the signs of online grooming after her nine-year-old son was targeted by predators.

Sharni*, from Australia, exclusively told Kidspot what she found when looking through her son’s phone one day, after his behaviour drastically changed over the last two months. 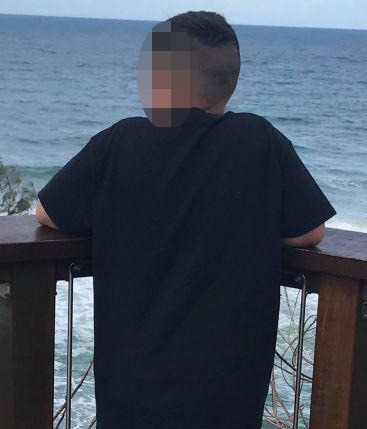 The mum explains her son had been “reserved, distracted and not himself” over the past six to eight weeks.

She said he always wanted to be alone in his room with the door shut, and rushed having dinner or showering so he could get back to his phone.

So one day when she heard it beeping in his bedroom while he was at school, she decided to have a look – but was devastated by what she found.

Sharni found dozens of messages from predators who’d sent her son “sick” and “explicit” content on an app called Discord. 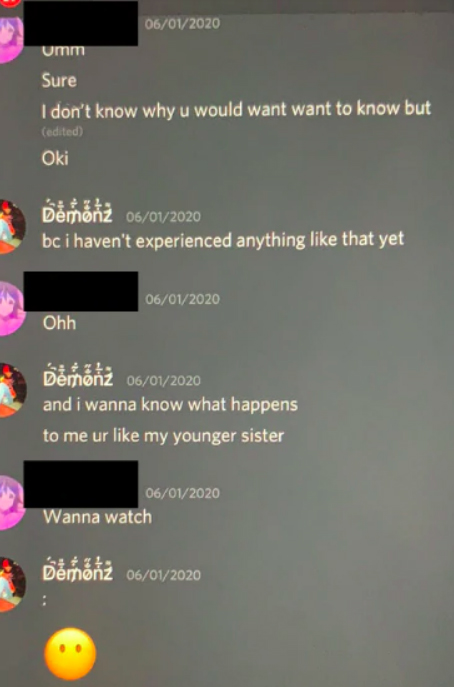 It describes itself as the “easiest way to communicate over voice, video, and text, whether you’re part of a school club, a nightly gaming group, a worldwide art community, or just a handful of friends that want to hang out”.

She said: “They used words such as rape, and suicide – and even sent my son photos of how to commit suicide with a rope. They told my son that everyone close to them had died and all they had was my son.”

The predator randomly added her son, who assumed they were a gamer, until they started talking about ‘college girls’.

Sharni said her son had told them he was 12, instead of nine, but that didn’t stop them sending him sexually explicit requests.

She said: “The predator asked him to check in with them often, to stay awake past his bed time, to arrange to be home alone, it is absolutely shocking.

“They were asking the size of his genitals using ‘kid-friendly’ works like ‘pee pee’ for penis and ‘smooch’ for kissing and all other weird comments.”

She added they even got her son to use the word ‘rape’, adding it made her feel sick to read.

Luckily Sharni had taught her son about ‘stranger danger’, so he didn’t give out his real name either. 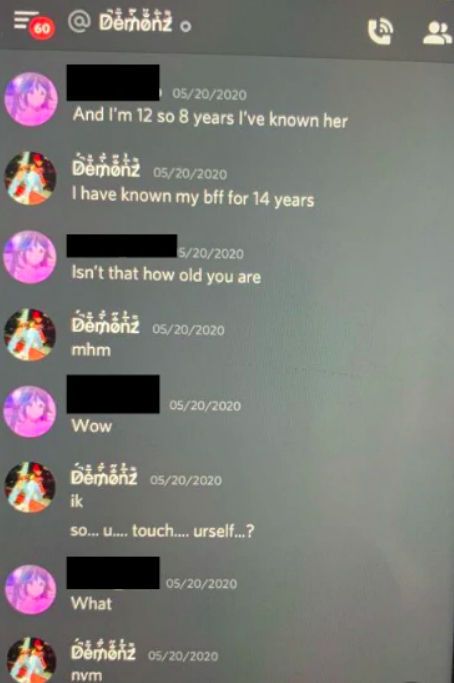 Despite that, the mum says her son was taken in by the groomer, who was messaging him for at least six weeks.

But it wasn’t just online messages, as the predators started calling her son, who eventually stopped answering as it made him feel “uncomfortable”.

Sharni says her son was completely unaware of what was really happening, claiming they’d “groomed him” to the point where he was saying he “loves them back”.

She said her son was a “clever, well-behaved, humble, shy boy” who came from a “very safe loved home”, but they still managed to “brainwash” him.

They used words such as rape, and suicide

As soon as she found the messages Sharni went straight to the police, who took the phone to investigate further with the child protection unit.

When it’s returned, Sharni says she’s deleting all messaging apps and will be monitoring the device carefully.

Sharni says she’s still “devastated” by what she found, and is taking her son to see a psychologist.

The whole experience has been an “eye opener”, adding no matter how much parents teach their kids, they’re still “young, vulnerable and clueless”.

Who to contact if you think a child is in danger

She added: “Us, as parents, need to sometimes be overprotective because this could have been so much worse.”

And a mum whose son lost an eye to cancer shares how a photo can pick up the disease as she urges parents to know the signs.

While this mum issued stark warning after her six-month-old daughter nearly choked to death on a toy rattle.

Plus this mum praised a £3.50 cream for soothing her baby’s eczema which was so severe the tot couldn’t get dressed or leave the house.