Mum thinks her colleague is faking her severe morning sickness to go on holiday…but should she report her?

Posting on Mumsnet, the woman explained her colleague, who is 14 weeks pregnant, has been signed off for six weeks (two weeks at a time) with severe hypermesis – and still has a week left on her sick note. 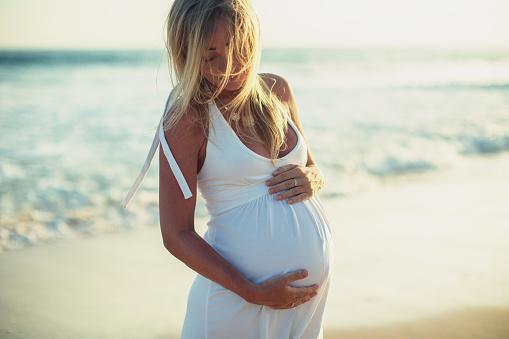 Hypermesis gravidarum is the same extreme morning sickness Kate Middleton suffered from and it strikes one in 100 women in the early stages of their pregnancy.

But, by a complete coincidence, the pair have a mutual friend – who has uploaded pics of her colleague on holiday in Greece, where she is still enjoying.

Appleofmypie said: "My work colleague is in most of them – sunbathing, eating, swimming in the sea, playing volleyball.

"She has obviously blocked me as she is tagged in the pictures but her name is unclickable. 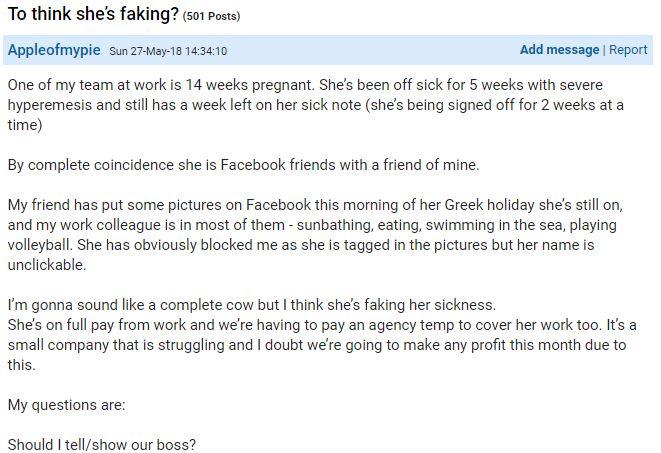 "I’m gonna sound like a complete cow but I think she’s faking her sickness.

"She’s on full pay from work and we’re having to pay an agency temp to cover her work too.

"It’s a small company that is struggling and I doubt we’re going to make any profit this month due to this.

"She’s not used any annual leave yet as she’s saving it up to use before her maternity leave. Should I tell/show our boss?"

The mum-to-be has been slammed by parents, with RedForFilth saying: "Take screenshots and show the boss.

"People doing things like this are a big part of the reason why sick pay is s*** and women's pregnancy symptoms are doubted imo (in my opinion).

"It's her own fault. And, when she comes back to work ask her how Greece was in front of everyone." 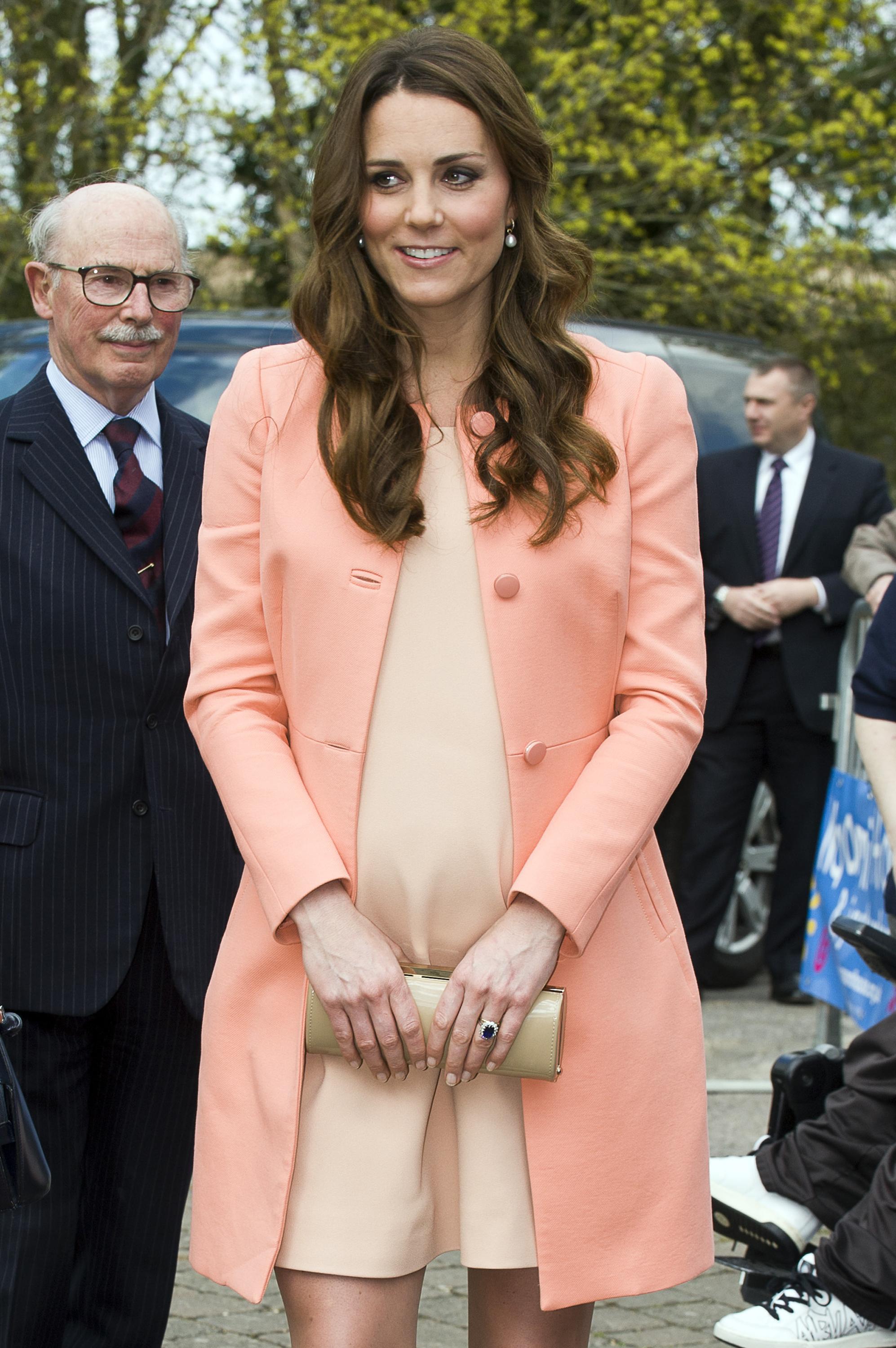 While bonnyshide wrote: "Yes, I'd screenshot everything and show your boss.

"She is a liar, and by being this dishonest she is actually stealing from a small struggling business."

And atetoomanyjaffacakes added: "She is a p*** taker, show your boss the photos".

Chocnvino, meanwhile, said: "Obviously she is faking it. Tell your boss, women like that make it ultimately harder for other women of child bearing age to get jobs."

And GladAllOver commented: "She's putting your job and others in jeopardy.

"Of course you must screenshot and show the boss in confidence. S/he needs to know about this and will decide how to deal with it."

PurpleTigerLove said: "If she wants to go on her jollies she can take unpaid leave", and PickwickThePlockingDodo labelled her a "cheeky mare."

But some of the mums were more sympathetic, among them redherring4, who wrote: "I had sever sickness that got much better at the 13-14 week mark.

"It could well be that she is feeling much better and will be returning to work when her sick note expires.

"It's exhausting being sick so much so if she is feeling better then I think a week or two to recharge isn't unreasonable."

QuietNinjaTardis agreed, adding that she had "never felt so ill in my life" when she had hyperemesis.

She added: "It did magically clear up overnight at 14 weeks. It was so bizarre but just went away.

"So it’s possible she’s feeling better. After 14 weeks you’d never have known I was that ill."

Yesterday we reported on a mum-to-be who asked her parents to get rid of their DOG because of her unplanned pregnancy… so who’s in the wrong?

While this "ungrateful" mum-to-be slammed her husband who brings her flowers every day… and claimed he’s TOO romantic.

And a husband enraged Mumsnet users by asking if he should ditch his older wife.