WHETHER you draw inspiration from your favourite books or films or simply want to name your baby after a loved one, there's no hard and fast rules restricting parents from calling their baby… more or less anything they like.

But what do you do when the name you've set your heart on just happens to be almost identical to the one your friend has used for their child? 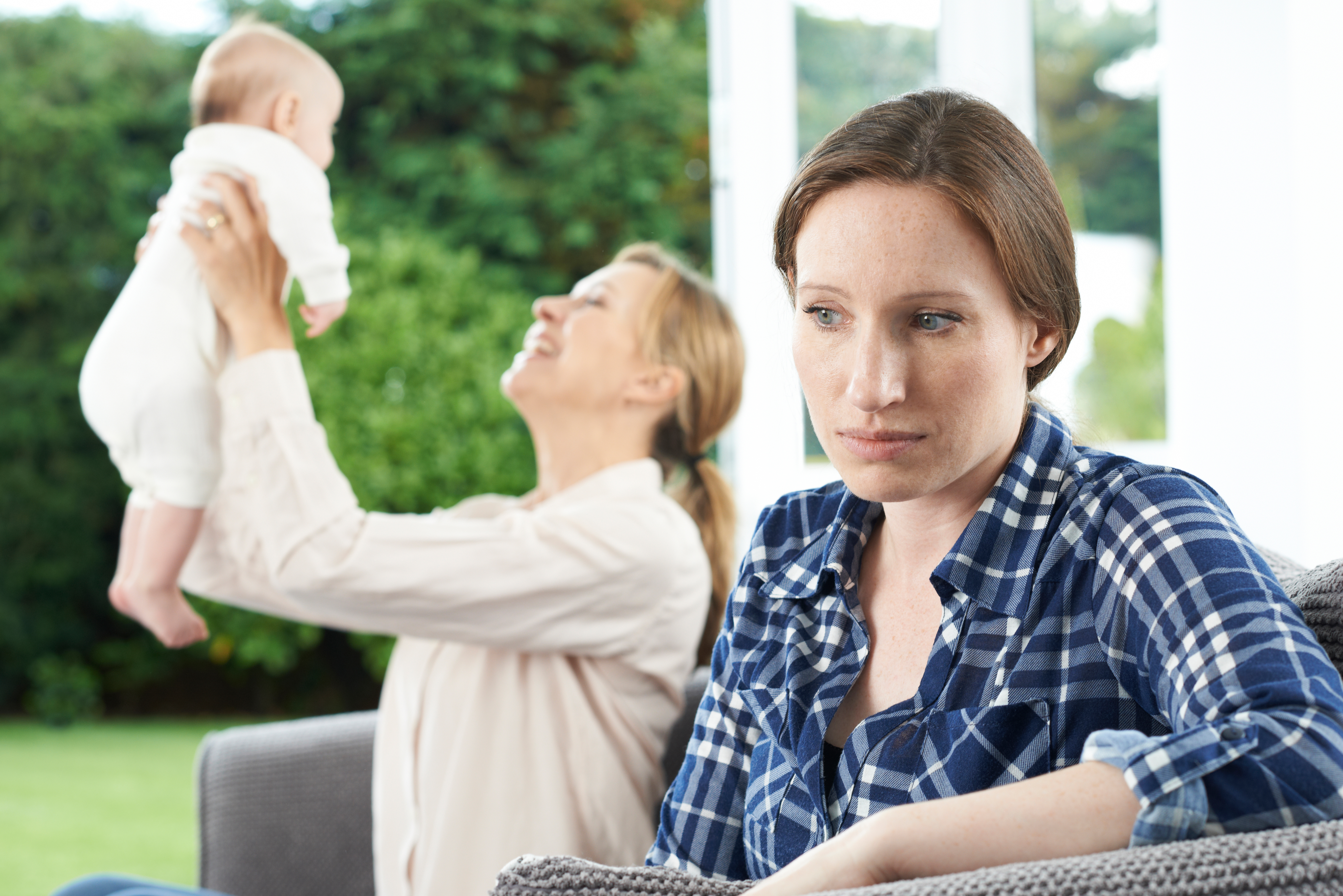 That's the exact dilemma one mum-to-be has found herself in after she took a shine to the name her best friend used for her little girl.

Sharing her dilemma on Mumsnet, the woman explained: "My friend recently had a baby girl and I'm currently 39 weeks pregnant!

"I hadn't decided my baby girl's name to use but recently I love a particular name that happens to be very similar to her's."

While her best friend named her daughter Lillian, the mum-to-be says she wants to call her baby Lilia when she arrives.

Unsure whether her friend would disapprove, the woman added: "Do you think it would be unreasonable for me to use this name?

"She picked it first and it's not exactly a name I had my heart set on from the start so I worry it might ruffle some feathers!!!"

Although they live a short distance away, the mum added that she's close with her friend and doesn't want to risk upsetting her.

Looking to Mumsnet for advice, the woman asked: "Can I get away with it as it's slightly different or should I go back to the drawing board?"

Unsurprisingly, the dilemma sparked fierce debate in the comments – with users arguing over whether it would be insensitive to use such a similar moniker. 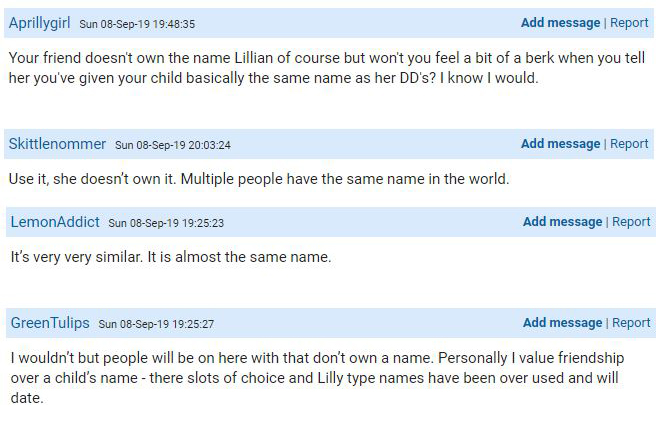 While one pointed out that it's "almost the same name" but missing one letter, another added: "Your friend doesn't own the name Lillian of course but won't you feel a bit of a berk when you tell her you've given your child basically the same name as her darling daughter? I know I would."

Another recommended: "If you’re good friends, I would just run it by her – but really I would hope she wouldn’t mind."

Reflecting on their own experience, a third wrote: "My sister named her eldest the same male version of younger sister child. They fell out. I wouldn’t do it. It’s quite rude."

Trying to put the woman off the name, others pointed out that Lilia was a brand of sanitary towels in the 1950s while another recommended "Leela" as a substitute.

In more parenting news, this mum drew a "hug button" on her scared son's hand to help him through his first day of school.

And this mum revealed she made her own family take a "test" before letting them babysit.

Plus this mum was forced to pay £1,000 to send her three kids on a school trip has claimed she'll have to cancel a family holiday to afford it.