A THRIFTY mum managed to save herself hundreds by turning her existing couches into the corner sofa of her dreams.

She revealed she’d always wanted a comfy corner unit, but couldn’t afford to splash out on a brand new couch.

So she decided to get stuck into some DIY, and turn her two and three-seater sofas into a brand new one.

After getting a saw she cut the arm off one of the settees, before attaching it to the other sofa.

She shared her handiwork to Facebook group DIY On A Budget, showing off her incredible DIY skills.

She wrote: “So for ages I wanted a corner sofa but over Christmas couldn’t afford to go out and get a brand new one.

“I had the crazy idea of changing my sofa to a corner sofa instead (2 seater and 3 seater) crazy I know!

“I suppose with a saw, panel pins, carpet glue and a lot of sweat you can do anything.

“Over the moon with the outcome.”

After putting the covers and cushions on, it’s hard to tell they were two separate pieces before – with people saying it looks better than the original.

Her post has racked up more than 6,000 likes, and people called her ‘brave’ for attempting such a mammoth project. 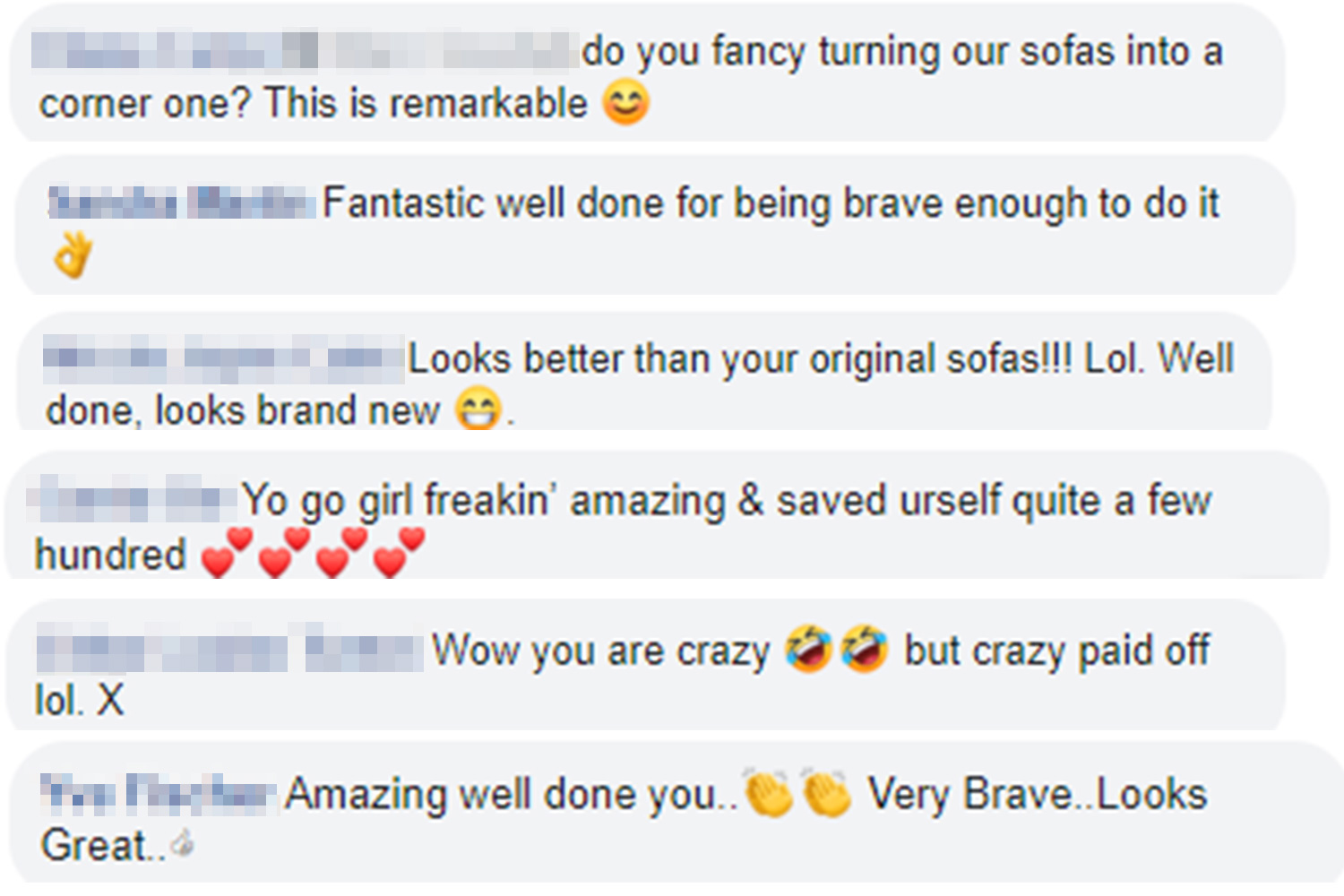 Another wrote: “Fantastic well done for being brave enough to do it.”

A third said: “Do you fancy turning our sofas into a corner one? This is remarkable.”

Someone else thought: “Wow you are crazy. but crazy paid off.”

Another commented: “Wow well done. That looks fab and so much better.”

Meanwhile this mum completely transformed her tired sofa using cheap fabric – and explains how you can do it too.

Plus this woman revealed how she managed to remove mould in her bathroom just by using cotton wool and bleach.

And cleaning fans are debating the 'correct' way to vacuum – and not everyone agrees.