Dr Julie Bhosale warns only a tiny minority of women bounce straight back after having babies in the way some celebs seem to. 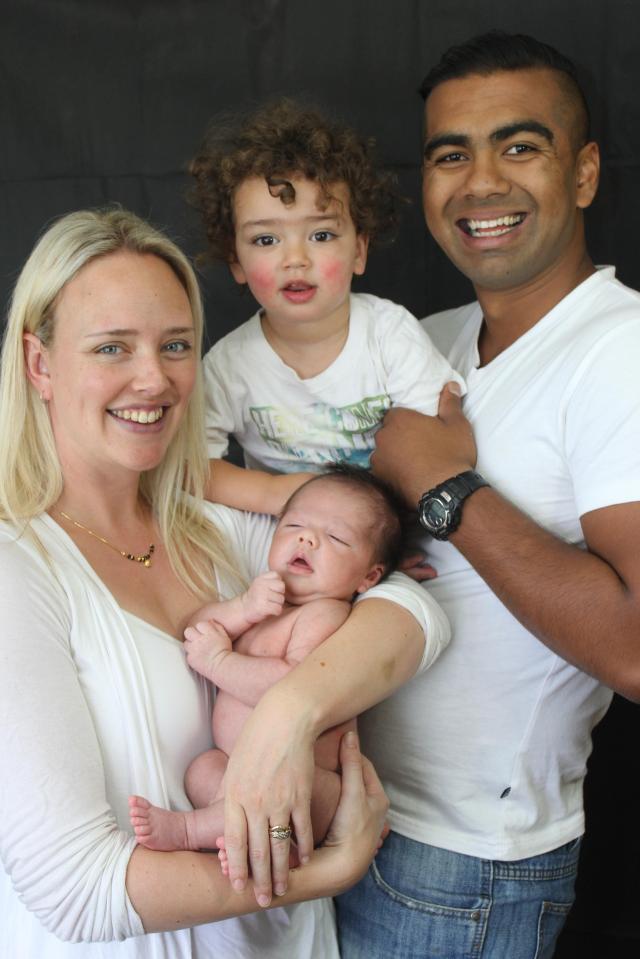 She added on her blog: "For most of us, our bodies change, and change a lot.

"It is scary, it is hard, it can be downright disgusting and upsetting, but it is real and normal."

Julie was not a mum who immediately "bounced back" after having her second son naturally on January 17 2017, and she hopes her photos will show other women the realities of pregnancy. 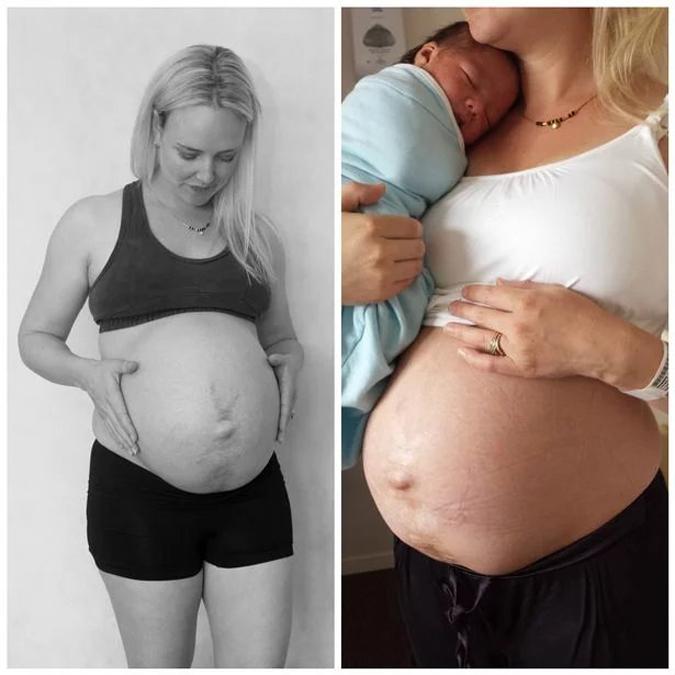 She explained: "Regardless of how you birthed your child (aka watermelon), you can still look and feel like you have a watermelon (or two)  inside you.

"It is often sort of lumpy and squishy too. There’s only one way that thing is coming down… Hello excruciating uterine contractions… May as well go through labour again." 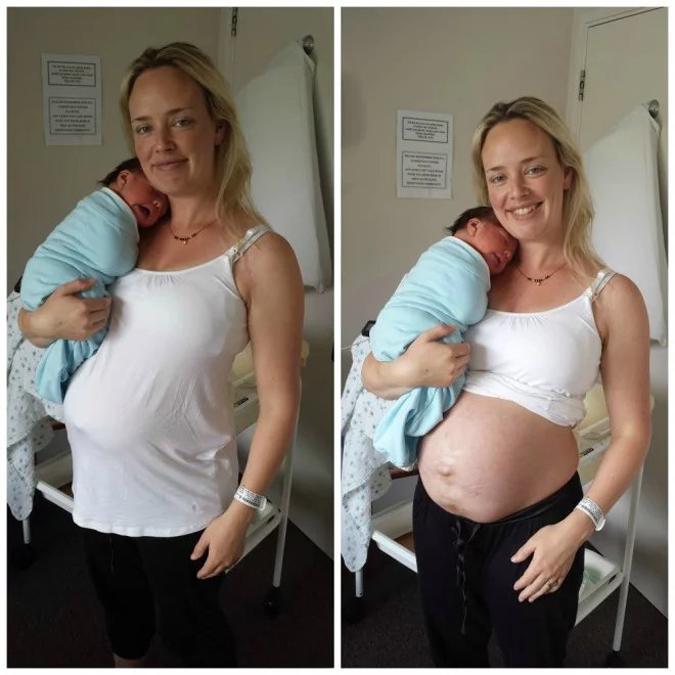 At this point, Julie was still getting used to the changes in her body.

Her boobs were much larger than usual and felt hot, plus she was was struggling with postpartum bleeding and breastfeeding.

Sleep was a distant memory and she was constantly emotional because of the hormone withdrawal. 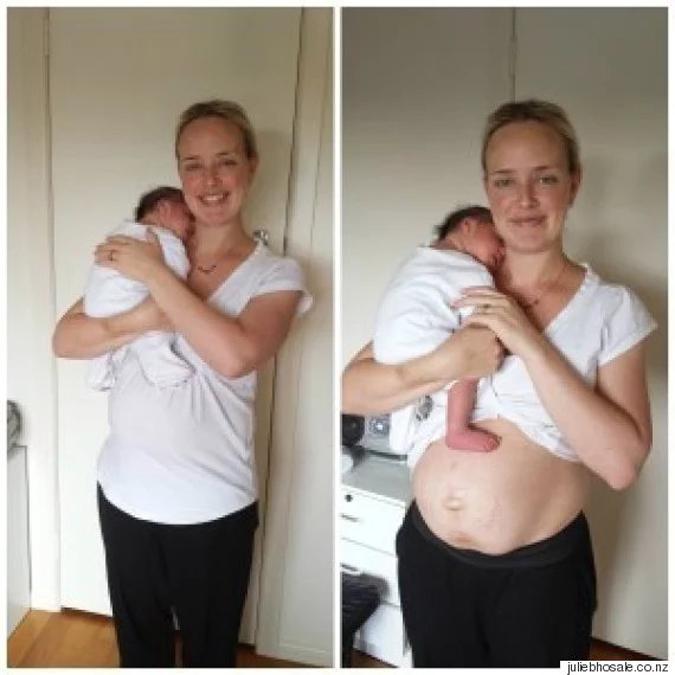 Although her tummy had reduced, it still wasn't flat.

She wrote on juliebhosale: "Back at home. Still rocking my PJs. Still got a lumpy, squishy watermelon belly. Still got the granny style undies and thunder pads." 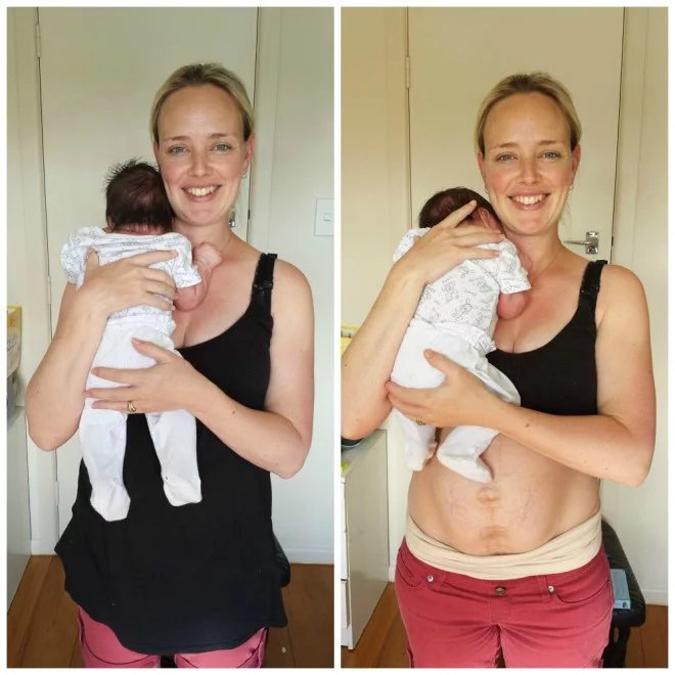 At this point Julie's tummy was "still swollen" although it was shrinking,

She'd made it out of her pyjamas and was back in her maternity clothes, but her boobs were as hard as rocks.

The mum has a scar on her stomach from a previous round of operations which she jokes has become the "feature piece" of her stretch marks. 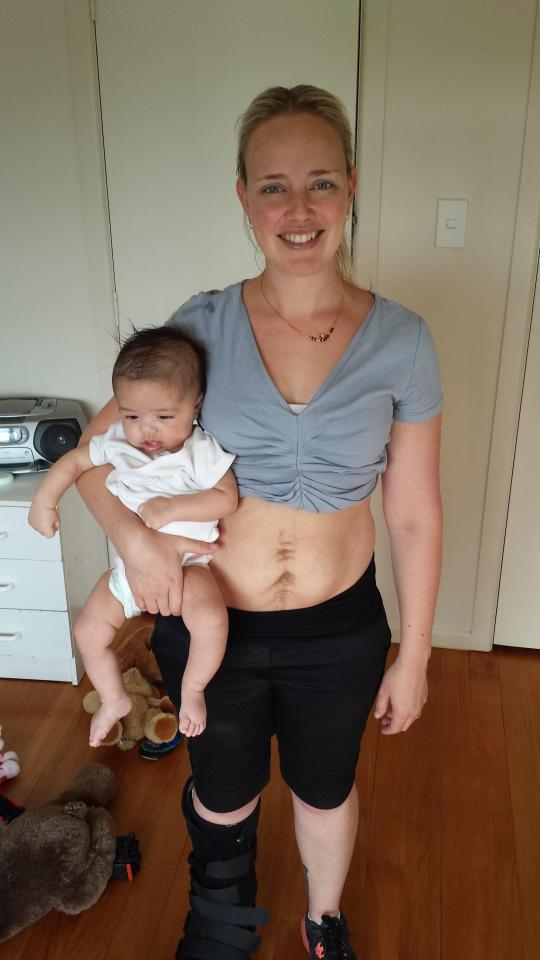 The time in between this shot and the previous one passed in a blur of feeding the baby, sleeping and childcare.

Julie's tummy had deflated by this point, although it was more jiggly than it used to be.

The mum has a special boot on her foot after fracturing her leg.

She said: "My body so broken from the last few months my leg just snapped like a twig when I rolled off a curb trying to walk an unsettled baby." 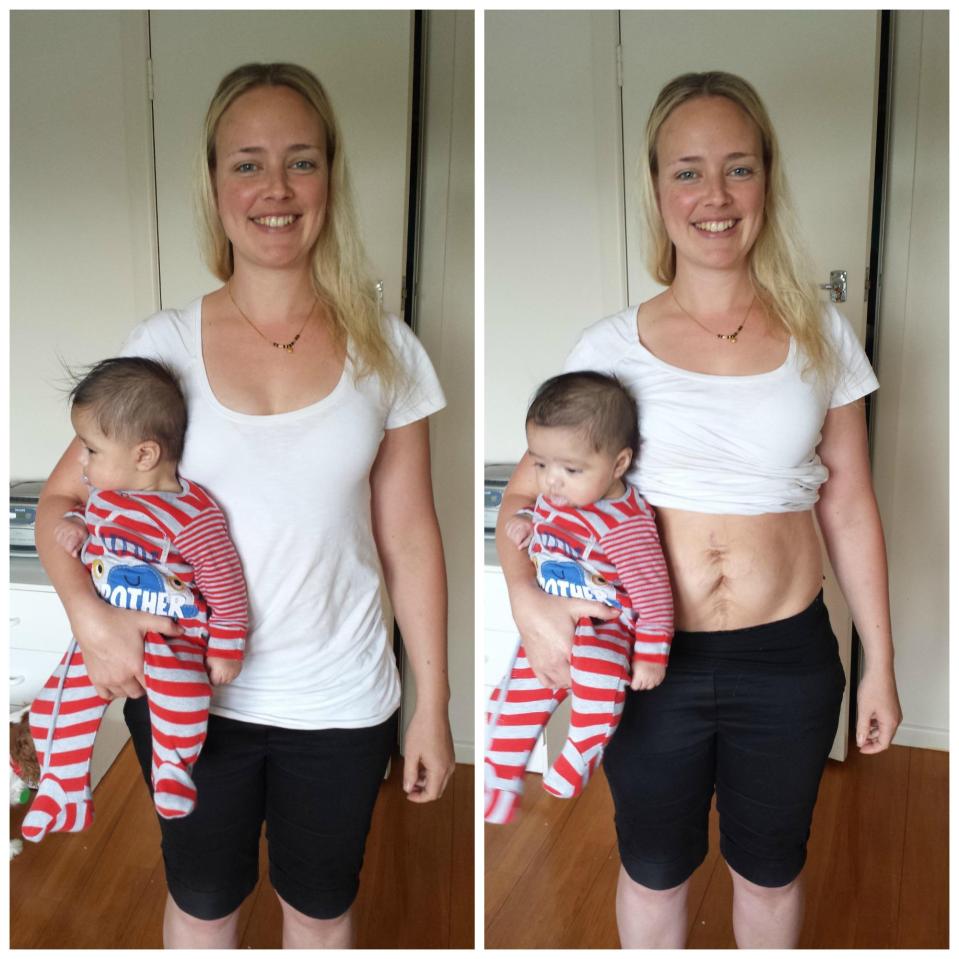 Now her tot is no longer a newborn, Julie is feeling more like her old self.

"A tummy that appears ‘flat’ but has the stretch marks, the skin, the sunken scar and abs which have not yet healed. It’s our best kept secret as mothers," she said.

The mum hopes by sharing these pictures, others will start to focus on how they feel rather than the way they look.

By the last shot she was feeling much less like a "zombie", and wellness expert Julie hopes to encourage other new mums to be kind to themselves and not obsess about their bodies.

Julie isn't the first woman to show others the realities of birth.

Blogger Olivia White recently posted a brutally-honest c-section selfie to prove they're not "the easy way out" as some suggest.

Neema Sempebwa, 39, a personal trainer from London, also shared candid snaps of her tummy in the weeks after giving birth to inspire fellow mothers to accept and be proud of their postpartum bodies.

Yesterday the Duke and Duchess of Cambridge welcomed their third child and introduced him to the world hours after Kate gave birth.