A MUM has been viciously trolled after a video of her flinging her baby into a pool has resurfaced.

Krysta Meyer’s TikTok video of her youngest son Oliver being tossed into a pool by a swim instructor has been stitched with numerous other videos from shocked viewers. 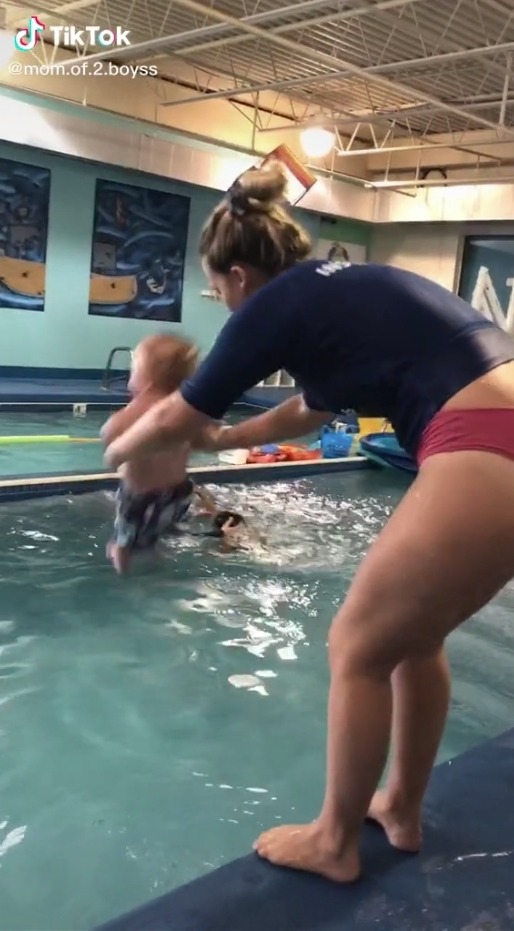 After being reshared, one person wrote: “Is that a swimming or drowning lesson?”

Another added: “What the hell?”

Krysta received backlash after posting a TikTok video of her eight-month-old son being thrown into a swimming pool at the Little Fins Swim School in Colorado. 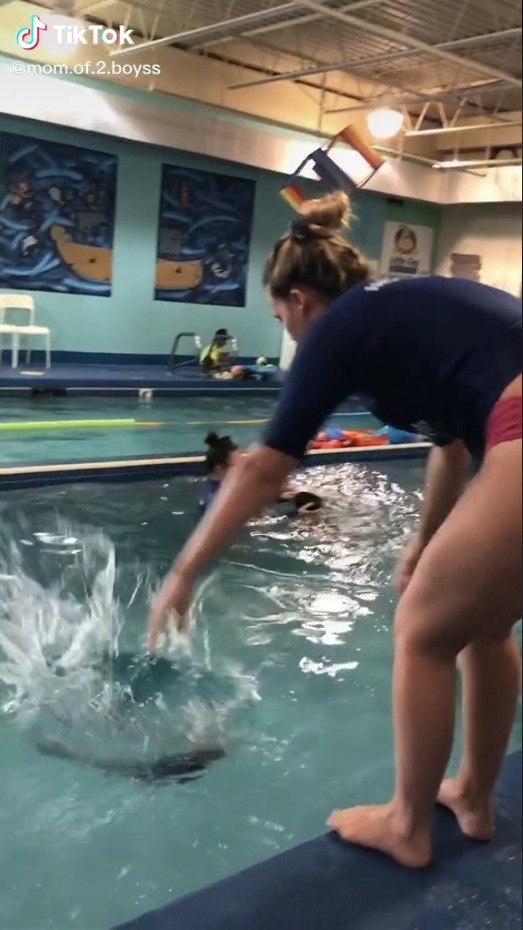 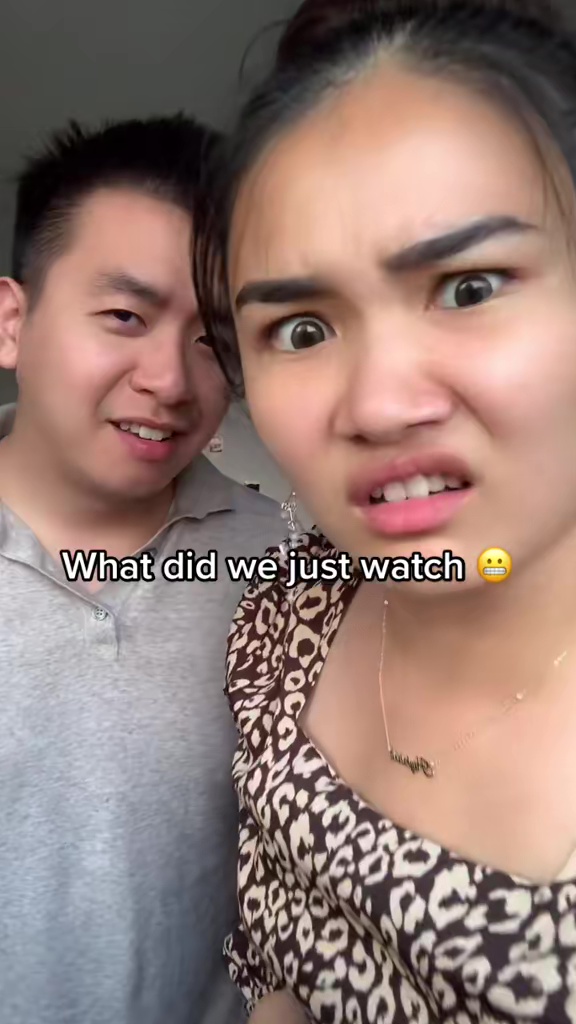 More than 100,000 TikTok users commented on the clip, several of whom expressed concern for her son's safety.

The mum told BuzzFeed News she's aware of the controversy the clip has caused and how it has shocked many people.

"A lot of people are seeing a kid being thrown into the water and thinking, 'That's not good! You shouldn't be doing that!'," she said.

"I've had people tell me I'm the worst kind of mom, that I'm endangering my children, that I'm traumatising them."

In the viral clip, the instructor launches Oliver into the pool and immediately jumps into the water afterward. 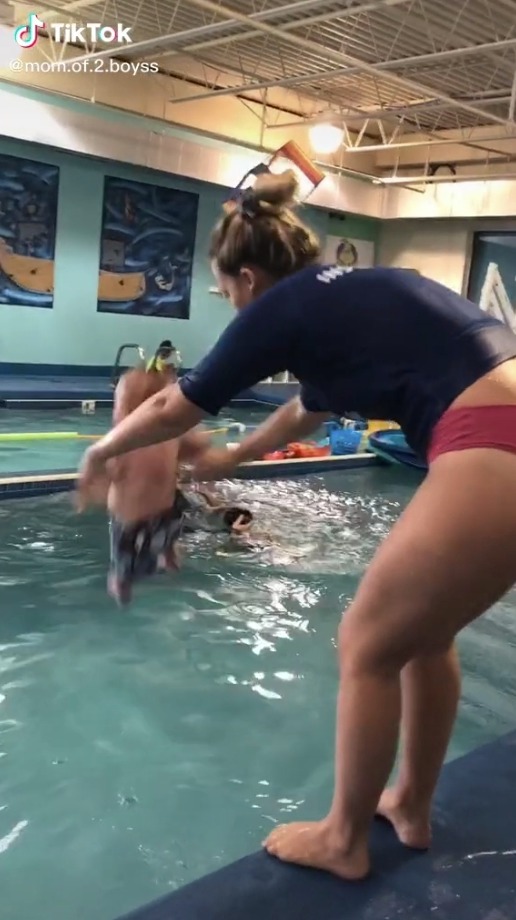 She then watches him make his way to the surface and floats on his back before she picks him up and gingerly holds him over her shoulder.

"Woooo Oliver!" Meyer can be heard cheering in the background as she applauds her little boy.

"Oliver amazes me every week! I can't believe he is barely two months in and is catching on so fast. He is a little fish," she captioned the video.

Meyers defended the controversial clip, saying that the lesson wasn't just your run-of-the-mill swim class but an infant survival class.

Little Fins co-owner Lauri Armstrong told BuzzFeed her instructors receive special training for the class, which is designed for infants as young as six months old. 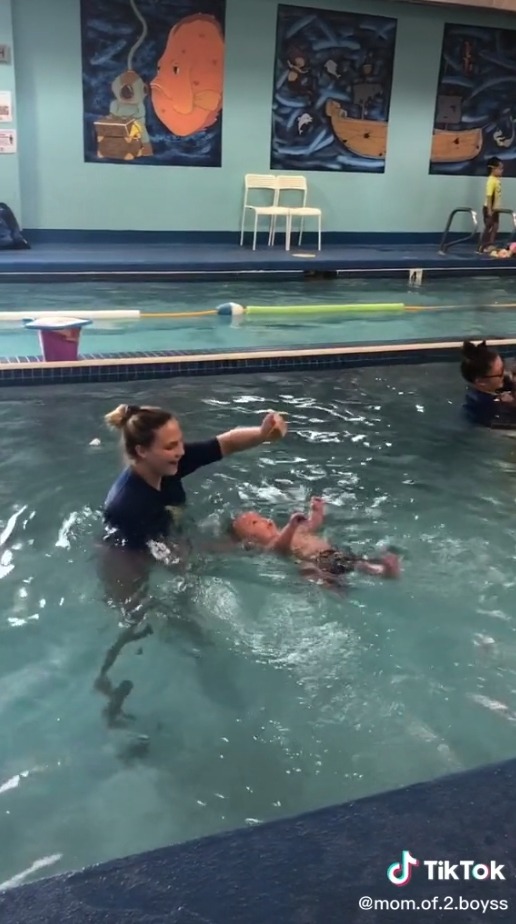 "The whole premise behind what we do is safety," Armstrong said.

"We teach eight-month-olds to assess their situation and find an exit strategy [in water]."

"I know it seems crazy," she added.

The course focuses on how to get babies to be more comfortable in the water and learn to float on their backs.

Programs similar to the one at Little Fins have existed for decades, but haven't escaped criticism.

A 2017 report from the UK argued that the practice is harmful to young brains, while in 2000 the American Academy of Pediatrics said there wasn't any data to show whether these programs made kids safe from drowning.

But anti-drowning advocates say infant swimming classes can save lives.

Previously, a mum hit back after being shamed for her ‘inappropriate’ tankini by another woman at baby swim class.

In other parenting news, this mum has been shamed by strangers for breastfeeding her toddler in public.

And this mum defended dressing her kids in cheap clothes while she wears designer ones.