The 13-year-old had spent the past nine months ignoring the fact she was going to become a mum, concealing her blossoming bump underneath baggy school uniform. 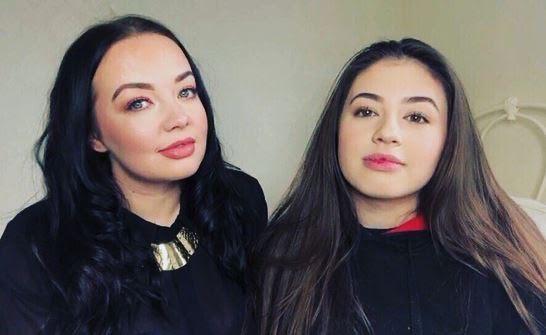 But, as she gave birth to her daughter Shaunelle, her 'secret' was finally out.

Emma, a self-confessed tearaway, grew up on a rough council estate in Birmingham. She played truant from school, dated older boys and wanted to try drugs.

But her life changed when she became a mother.

Here, for the first time, Emma, now 28 and living in Maidstone, Kent, share her remarkable story: 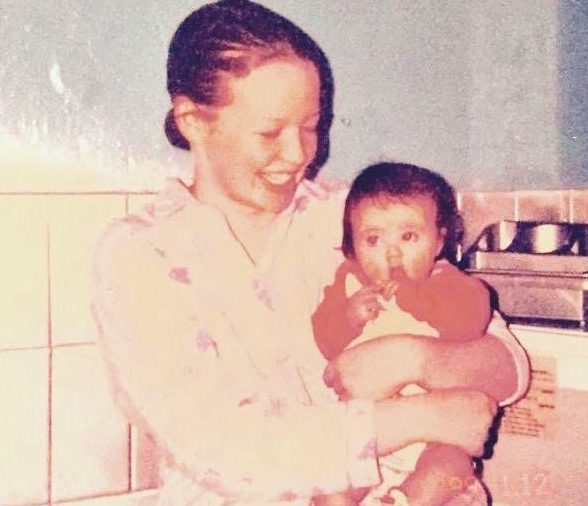 I grew up on a council estate and my mum was on benefits. We were like your typical family from the Channel 4 TV programme, Shameless.

In my strict Catholic primary school I was a really good girl, but everything changed when I started high school.

I was very well developed. I’d started my period at 10, had boobs and was the second tallest in my year. I came to the attention of lots of boys; even the older boys liked the look of me. The attention went to my head.

I’d had these big hopes of becoming a lawyer and doing something good with my life. But the second I got to high school I became popular and went down the wrong path.

That’s how I got pregnant at such a young age. It was early January 2003 when I met my daughter’s dad. I was a virgin at the time and he was 17. 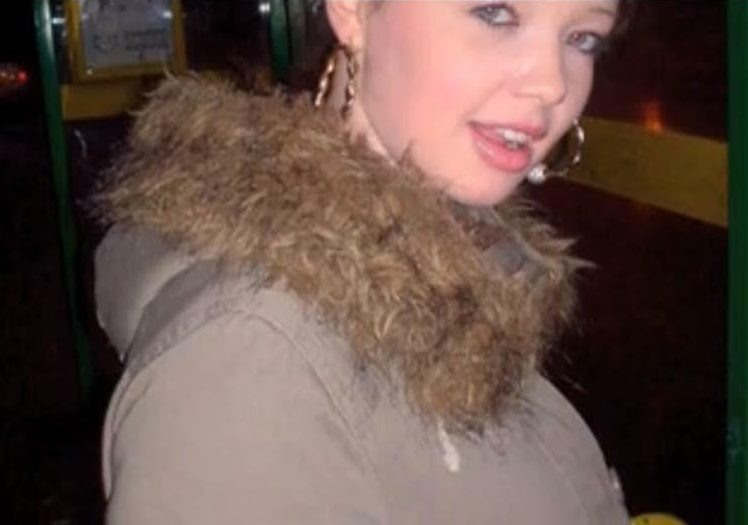 Even though I was only 13 I ended up losing my virginity to him. It wasn’t a good experience and we only had sex twice.

Around a month later I didn’t come on my period. My breasts became tender and I felt different within myself. I just knew. I told my friend, "I think I am pregnant".

But then I panicked so I didn’t tell anyone else. I lied to my mate and said my period had come.

I didn’t do a pregnancy test but at about five months I started to feel my stomach expand.

I was in the bath one day when I punched my stomach. I just wanted it to go away.

I didn’t see myself as a pregnant woman. I was only 13.

I used to be sick, but not in the morning. I would feel nauseous at night. I would be sick all night and then end up sleeping on the bathroom floor.

I remember one day being sat in the science lab and being suddenly overcome with nausea.

A few people mentioned things about me being sick and maybe pregnant but I denied it.

I bought school clothes that were too big for me to hide my bump. 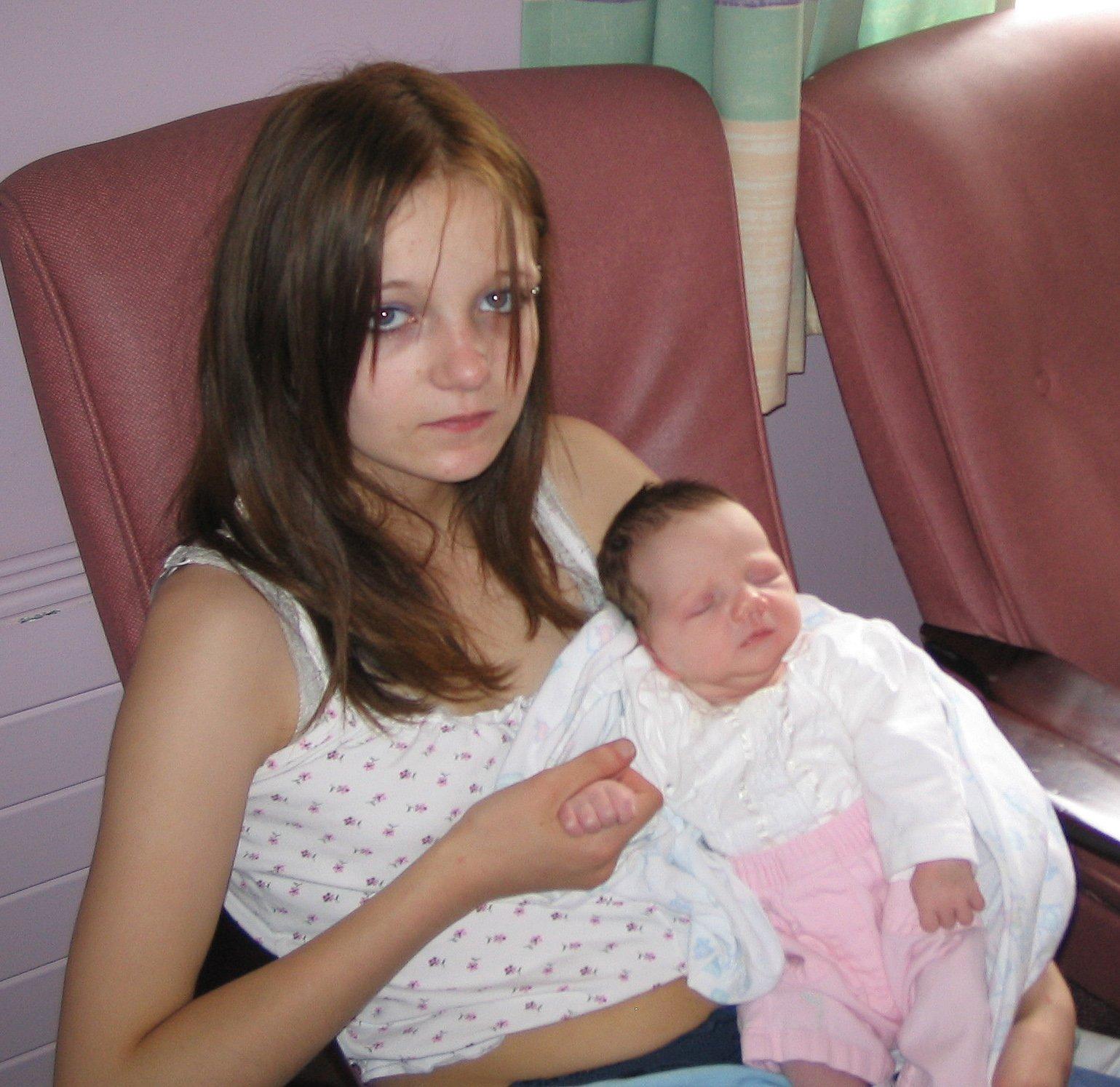 Tressa Middleton first gave birth aged 12 after she was raped by her brother Jason who was convicted of the attack in 2009.

Her firstborn was later taken into care.

Although she recalls the blissful joy she felt the moment her second child Arihanna was born, Tressa said she is haunted by the absence of her firstborn, the Daily Mirror reports.

"There were times I thought I’d never have another baby.

“But I also feel guilty, because Arihanna is with me and my older daughter is not.

"She’s still the first thing I think about every morning and the last thing at night.

"I love her so much. I can’t be properly happy without her.

"It breaks my heart Arihanna will grow up without knowing her big sister.”

Tressa hid the father's identity, but when her toddler daughter was two, she revealed she had been raped by her brother Jason, then 16.

The child was formally adopted in 2008.

Devastated Tressa spent the next three years in and out of care homes and fell into a spiral of alcohol and heroin abuse.

Aged 18, she had kicked drugs and got pregnant with new boyfriend Darren, then 25 – but she had a miscarriage.

She said before she lost that baby: “It’s taken me back to how scared and confused I felt when I fell pregnant so young."

In 2014, another 12-year-old girl took her mantle as Britain's youngest mum when she gave birth five months younger.

"The father was a boy aged 13 – the lowest combined age of any British parents in history.

Tressa offered to meet them and share her experience of motherhood.

I don’t know why I didn’t talk to anyone. I was so, so scared. I didn’t want to think about it.

I just thought the baby would go away. I didn’t comprehend that it would come out of me.

I was sat on the sofa doing my RE homework and when I got up my black trousers were drenched with water. I thought I’d wet myself.

I went into the bath and that's when the pain started. I remember biting my hand and then a sponge.

I remember my mum coming home with her friend. I lay down on my mum’s bed and I was in so much pain I screamed. I yelled, "Call an ambulance, I am in so much pain". My mum was stunned.

I was in the bath one day when I punched my stomach. I just wanted it to go away.
I didn’t see myself as a pregnant woman. I was only 13

The paramedics arrived – a man and a woman. The woman knew immediately what was going on. She calming said: "You are having a baby", and felt my stomach.

My daughter kicked and they rushed me to the hospital. They put a belt around my stomach to look for her heartbeat. They couldn’t find it and I thought she was dead.

All of sudden I thought the baby had died in me. Even though I had denied her existence for months, I was gutted. It made me realise that I I loved her.

At the hospital, they gave me gas and pain relief and, a few hours later, she came out naturally weighing 5lb 7oz. 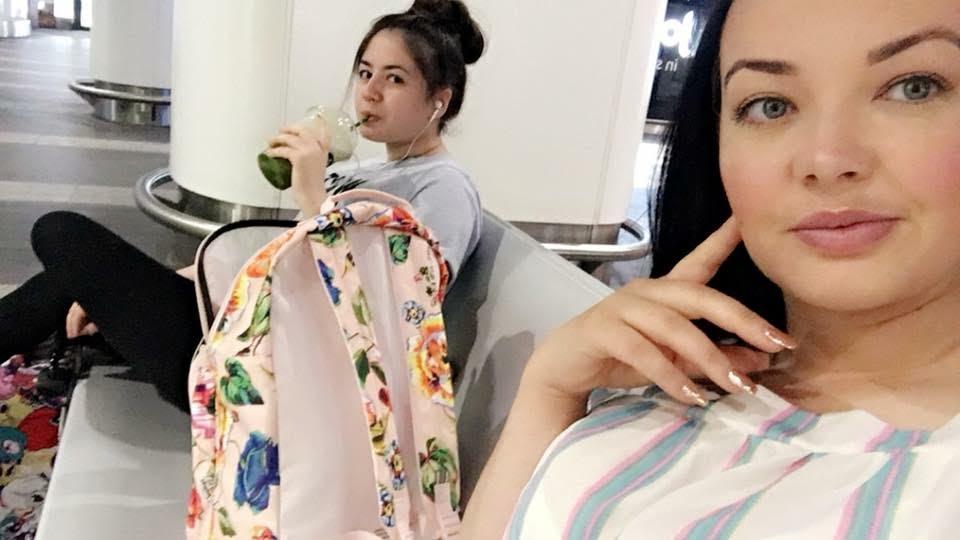 The next morning I woke up and she was just there. I couldn’t believe I’d had a baby.

Social services visited me in the hospital and checked everything. A lady asked me questions about me and my lifestyle and then they visited my home to check it was suitable. They were happy with everything.

Even though the dad was older than me there were no criminal charges brought. Shaunelle and I are no longer in touch with him.

I loved my daughter immediately but for the first two years, I was a bit of a crap mum.

Not intentionally, but I had so many friends and so much support, everyone did everything for me.

My teenage friends would do everything for my baby. They were constantly saying, "I’ll feed her, I’ll change her". I didn’t have to do anything.

I slept on the sofa next to her for months. I went back to school and joined year nine and when she was old enough for a nursery I would get up with her, take her to the nursery, go to school and then go to nursery. 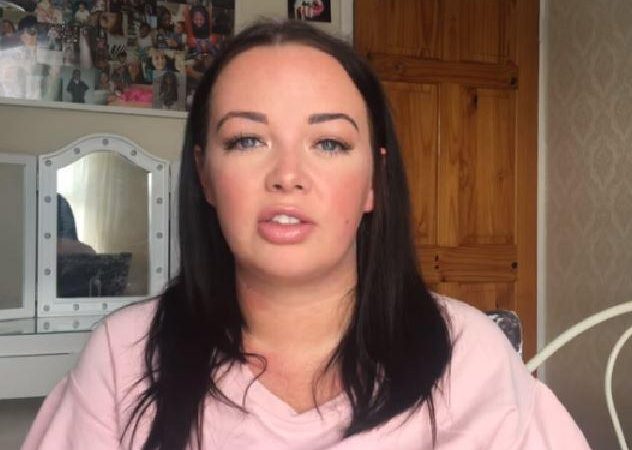 At 18 I left my mum’s house in Birmingham and we moved into a home together – just the two of us.

I didn’t do any GCSEs or A-levels, I did a childcare course, but I wish I had. I felt pushed into it and I know people wanted the best for me, but I would have liked to do my exams.

In my 20s I moved to Kent and I now work for Thames Clippers, a river bus service in London as a first officer. I love it and feel like a success story. I’ve worked there for three-and-a-half years now, and have had a number of promotions.

I have also been married for six years and I'm so proud of my daughter. She is about to go into year 10 in September. She’s doing really well in her GCSEs and wants to do a business degree at university. She wants to open her own cosmetics line.

It’s so strange to think at her age that I had a baby. I really try to keep her innocence. I want to keep her young. I don’t give her too much responsibly. I want her to be dependent on me. Not in a  horrible way, as I know she’ll have to grow up, but I want her to enjoy life. 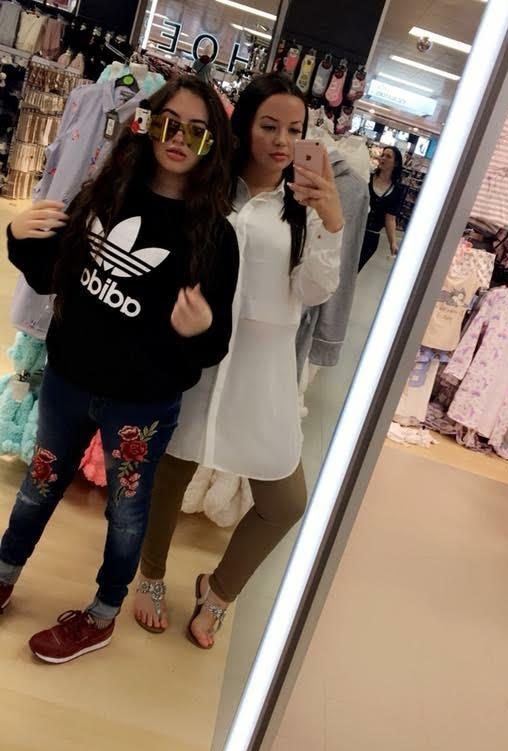 I told her I don’t mind her talking to boys but I want her to wait until she is 15 before she goes on dates. I’ve explained to her about the physical and emotional impact of relationships.

She knows she needs to focus on herself.

It would break my heart if she fell pregnant. It would kill me. It must have been so hard on my mum.

Now I am really content and it is thanks to my daughter. Before I got pregnant I was a tearaway. I wagged school and I wanted to try drugs. I wanted to smoke. I thought I would be a sick adult who would go clubbing.

Then, suddenly, it was all about her. People are really nice to her too, about having such a nice mum. They say I am really lovely and sweet and she tells me her friends think I am cool.

She says all the boys think I am hot. We have a brilliant relationship. I’m proof being a teen mum isn’t the end of the world.

For more real life stories, a mum gave birth in a forest delivers sixth baby without a midwife or pain relief as 1.4 million people tuned in.

Plus this woman moved her new man and his kids in with her ex-husband… and her ex is still her best friend.

And this love rat fiance slept with four women while she was pregnant – and blamed sordid affairs on HER for not having sex with him.