A MUM has been praised for the personalised Christmas Eve boxes she has made for her four children.

The woman, called Charlotte, revealed online that you can get three boxes for a bargain £10 from The Works – which she then tailored to each of her kids. 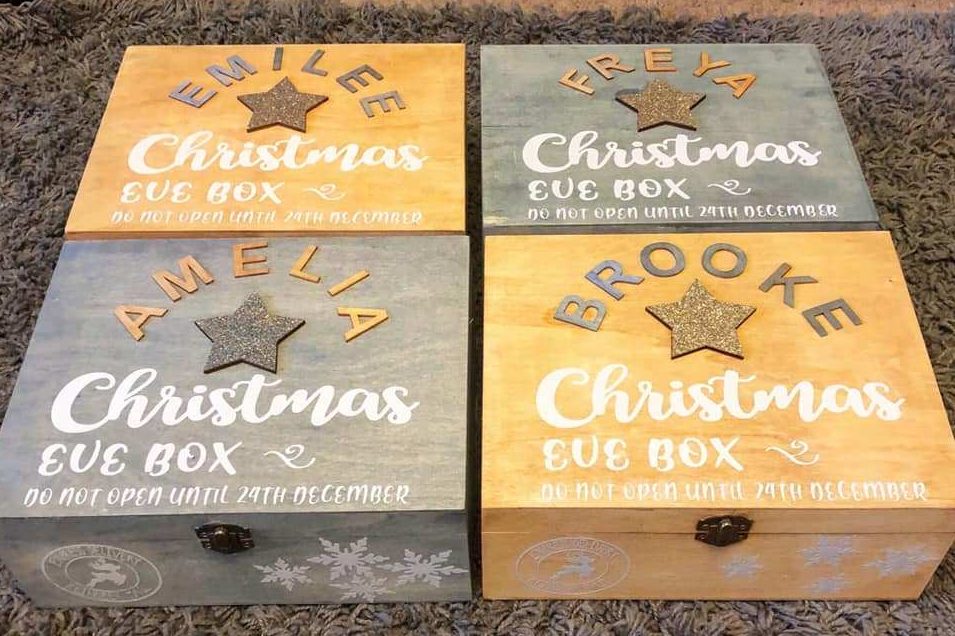 Posting in the Facebook group Extreme Couponing and Bargains UK, she shared a snap of the four Christmas Eve boxes she had made for daughters Emilee, Freya, Amelia and Brooke.

The grey and yellow boxes – which were printed with a gold star and snowflakes – had "Christmas Eve Box" and "do not open until 24th December" inscribed on them, as well as each of the girl's names.

"Made my girls Christmas Eve boxes! Boxes 3 for £10 at The Works," the organised mum captioned the snap.

Explaining the process of personalising them, she said she had sprayed the boxes with paint, glued on the star and name letters, and used stickers for the white writing.

Charlotte added that all the lettering and the star came from shop The Works, while the stickers are from website Etsy.

Fellow group members rushed to share their delight at the bargain, with the post quickly racking up more than 2,000 'likes' and over 700 comments.

One person wrote: "They look fabulous."

A third shared: "Love these."

And a fourth added: "Wow these look awesome!! Well done"

In other parenting news, we told you how just 20 per cent of parents regularly read to their kid at bedtime.

We also revealed how a mum who named her newborn baby Citizen is warned that his unusual moniker could be illegal.

And a mum was convinced she had seen a "ghost baby" in her son's cot – but was left in hysterics after realising it was a mattress sticker.