Emily Whittaker was reassured by doctors that the two birthmarks on Isla's head were harmless. 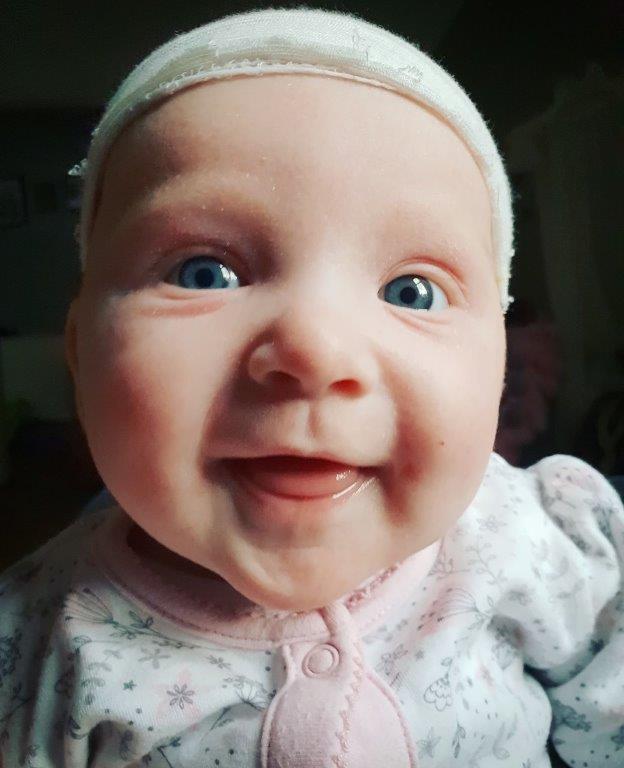 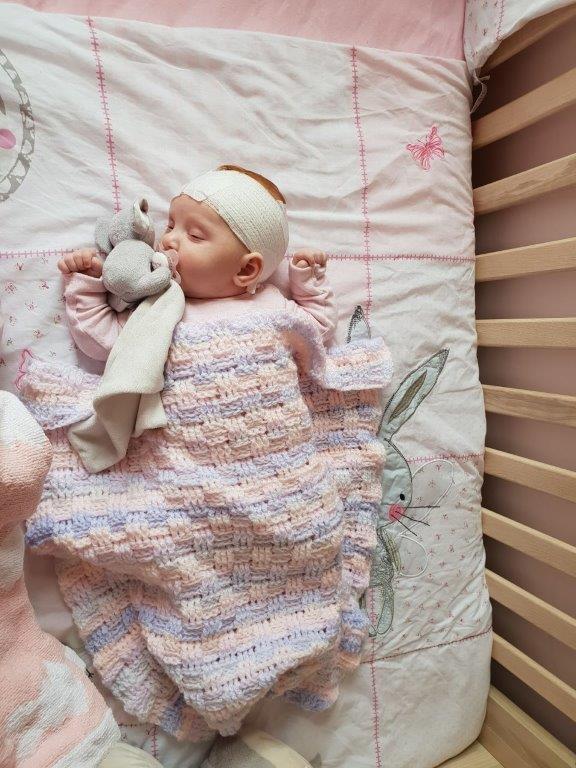 But by the time she was nine weeks old, the marks had tripled in size and the one on Isla’s head became infected and exploded, leaving a gaping wound underneath.

Her horrified parents rushed her to hospital.

The little tot passed out with the pain and was treated with morphine.

Doctors are now hopeful that a new drug will be able to treat the problem, but Isla faces up to two years of treatment. 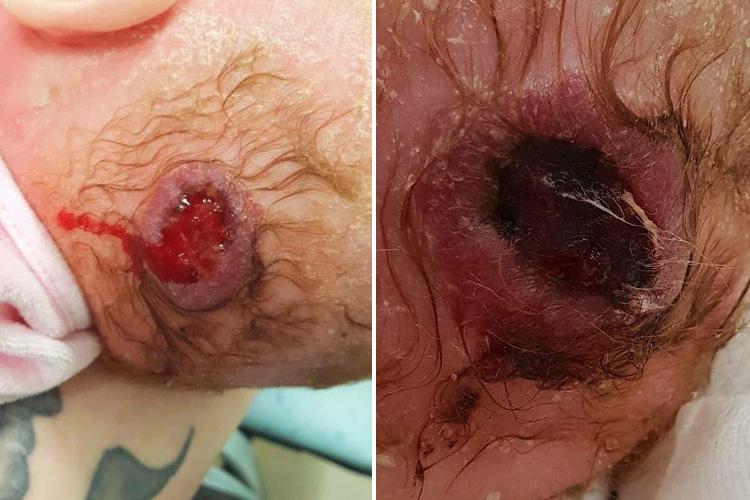 Emily, 26, from Salford, said: “It’s been a nightmare. I was assured over and over that the birthmarks were harmless haemangiomas and that we shouldn’t worry.

“But the one on her head erupted and we were petrified.

Isla was born in January this year, a second daughter for Emily and her husband, Bryan. 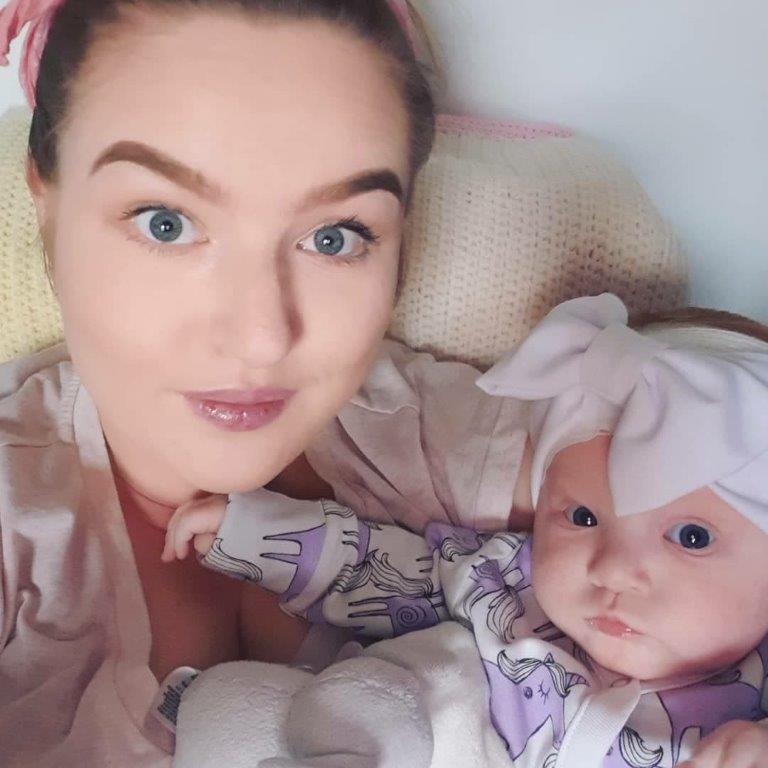 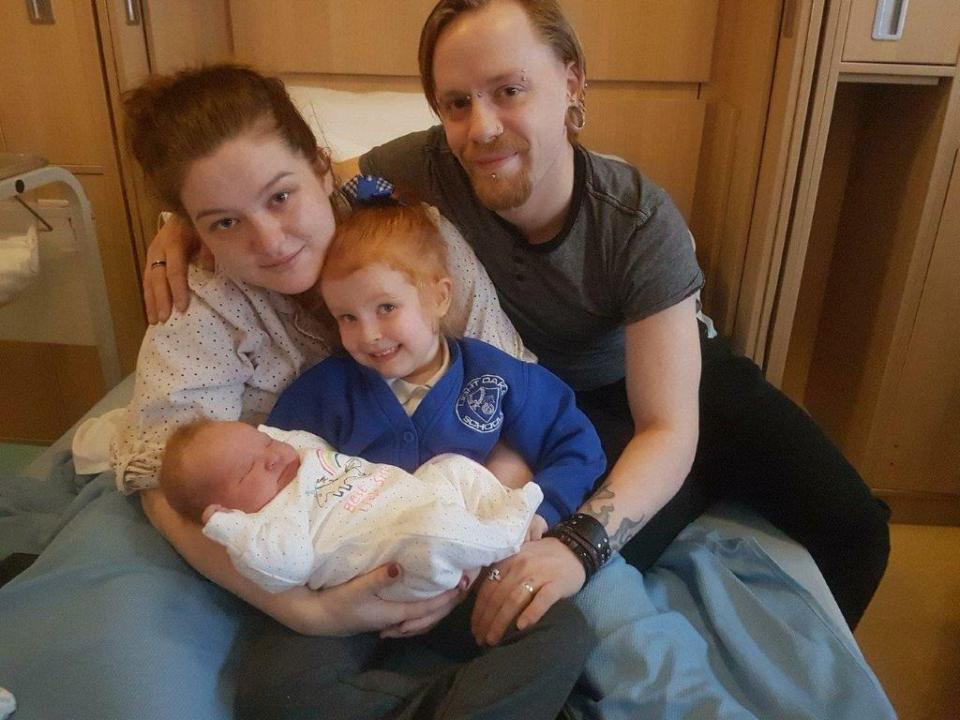 Apart from two strawberry birthmarks, on her chest and the back of her head, she seemed perfectly healthy.

Emily, also mum to Amelia, four, said: “I’d had a miscarriage the previous year and so Isla’s birth was extra special.

"She was our rainbow baby, our own little miracle. I asked the doctors about the birthmarks and they said they would just disappear as she grew up.”

But two months on, the marks had tripled in size and Emily sought further advice.

She said: “A nurse at the baby clinic told me not to worry. But four days later the one on her head turned black in the middle and I went to the GP for some cream.” 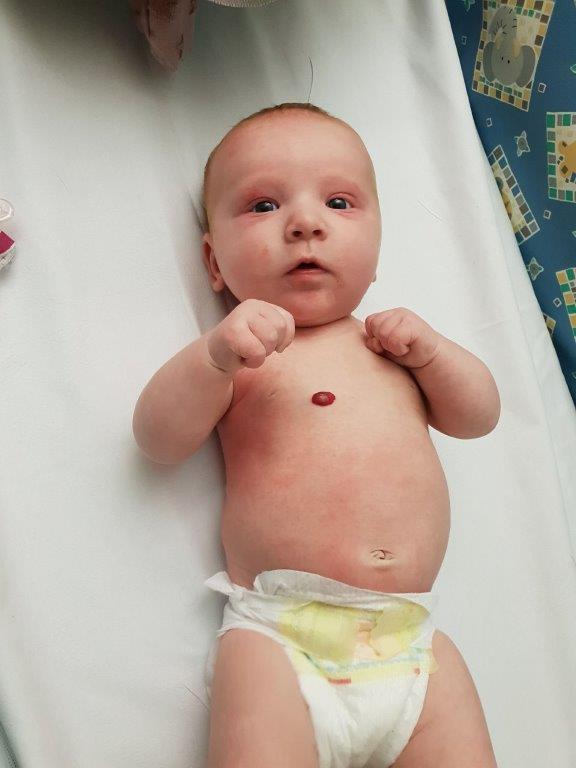 The following day, Isla began screaming hysterically – and Emily realised in horror that the birthmark had exploded and ulcerated – leaving a large circular wound in her baby’s head.

She said: “I had never seen anything like it. We rushed her to A&E.

"Isla was screaming until she passed out with the pain. She was on morphine, but the doctors found the wound was infected.

"She had to have three different lots of antibiotics in five weeks but she was still in so much pain.”

Isla is currently being treated by the Royal Manchester Children’s Hospital with a new drug which doctors hope will help close the wound.

But she will need ongoing treatment into the future and possibly plastic surgery.

Emily said: “It has been a whirlwind. I would never have believed that this could happen from a tiny little birthmark.

“My priority now is to get her well again, so she can start enjoying life.

"The doctors and surgeons have been fantastic, but if this had been picked up sooner, it might never have happened.

“My baby girl is almost four months old now and all she has ever known is pain.”