My daughter's modelled since she was 5 & wants to be the next face of Dior, I don't care if people think she's too young

WITH modelling campaigns for Zara and Harrods under her belt, as well as a string of magazine covers, you wouldn't expect this girl to be just seven years old.

But Dior has been posing for big brands since she was five, and her mum insists she's not too young to handle it. 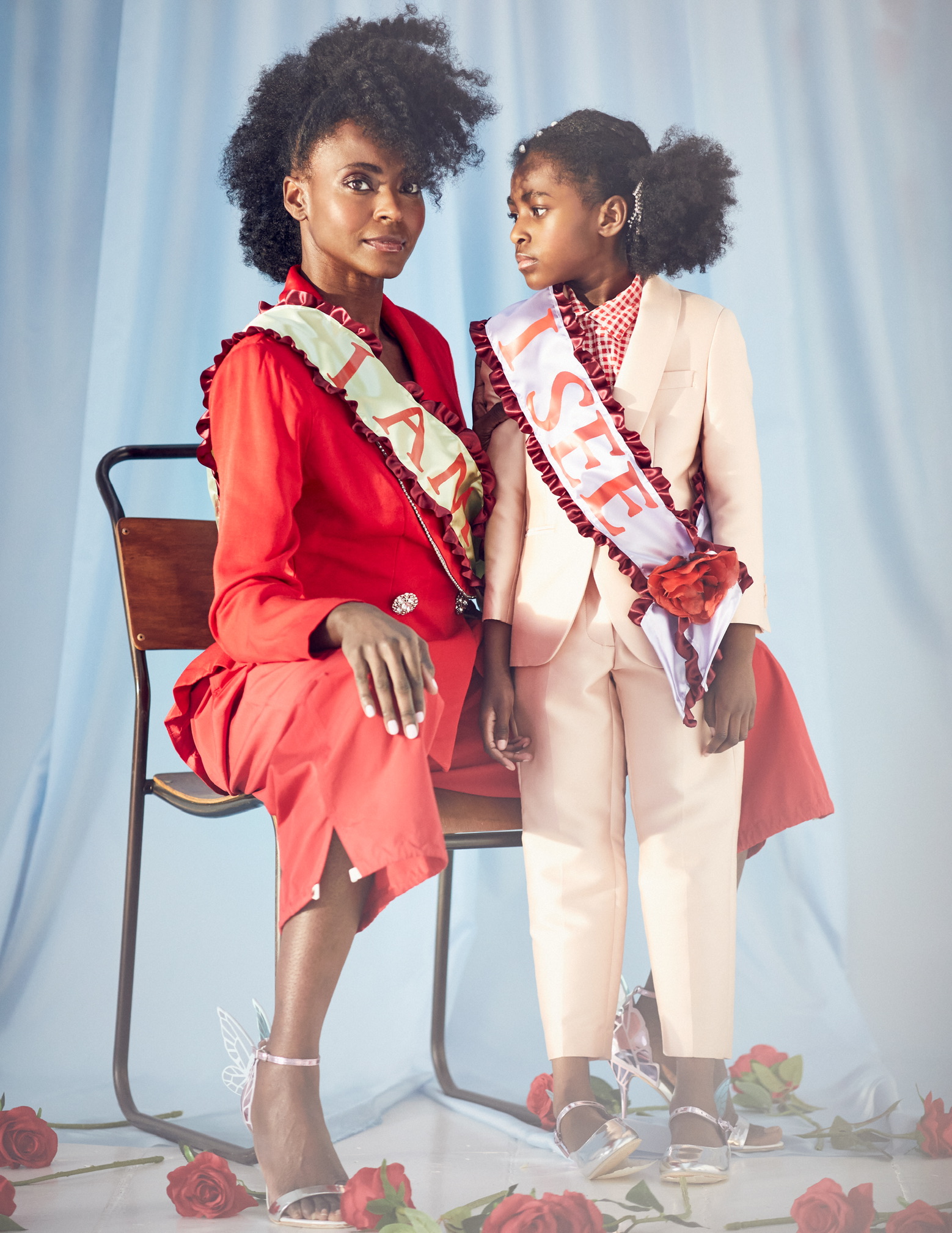 Princess Keisha Omilana and husband Prince Adekunle "Kunle" Adebayo open the doors of their home in Hampstead, North West London, in a new series of Stacey Dooley Sleeps Over tonight.

Kunle is a businessman from Nigerian royalty while his Californian-born wife is a professional model. And their daughter is already following in her footsteps, despite still being at primary school.

Speaking to Fabulous, mum-of-two Keisha, who also has son Diran, 14, says: "At age three, Dior asked me about being a fashion model like Mummy and I told her she could be anything she wanted to be.

"I knew she had the look for it but I wanted her to be a bit more mature. 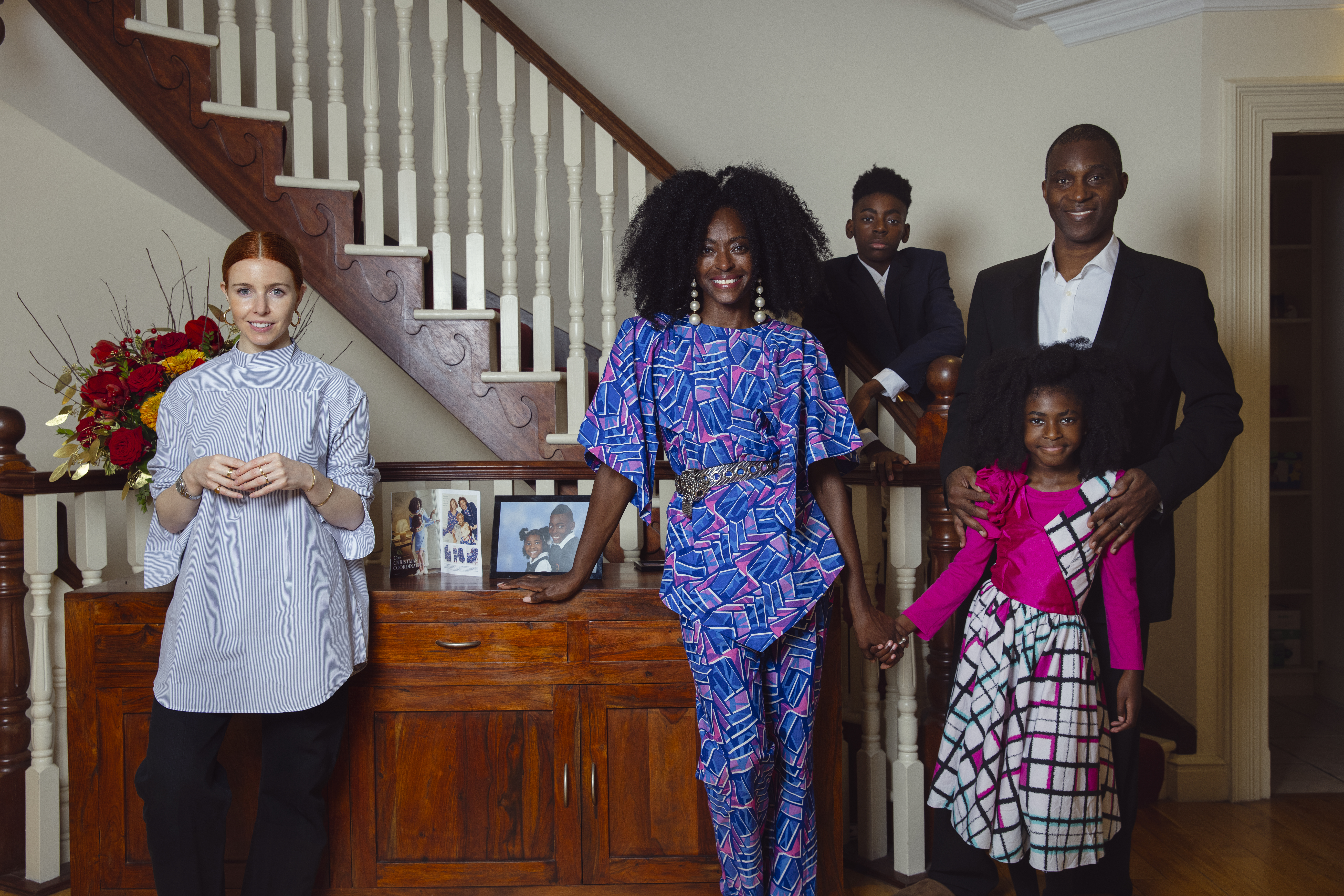 "I decided if she was serious about it, in two years’ time I would do everything I could to make sure she was signed to the best agency in London.

"She just kept asking, so I signed her up to do both print and fashion shows. She loved them both so I thought 'OK, she ready'."

You won’t find another seven-year-old with higher esteem and self-worth in her than my baby girl Dior. It’s in her genes to be slim so body image wise, she will be fine

Asked whether she worries about the impact on her daughter of such a cut-throat industry at a young age, Keisha says: "Not at all.

"You won’t find another seven-year-old with higher esteem and self-worth in her than my baby girl Dior.

"It just so happens both her parents are super tall and thin, her dad is 6ft 4ins and I'm 5ft 9ins – and I still wear a size 0 even after two kids.

"It’s in her genes to be slim so body image wise, she will be fine. Like me, she’s always going to have the body for modelling.

"But what’s most important to me is that she keeps the mindset of how to work in this industry.

"How to be OK with not booking a job, or realising you are a vessel to sell a product and people are subject to their opinion on how you look. You don’t take it personally.

"She’s at the fun age because they’re kids. Either she books a job or she doesn’t, but she doesn’t know what she’s up for so there’s no sense of rejection at this age.

"But as she gets older, it will obviously shift. As her parent, it’s my job to make sure she’s mentally and physically ready. And I’m up for the challenge." 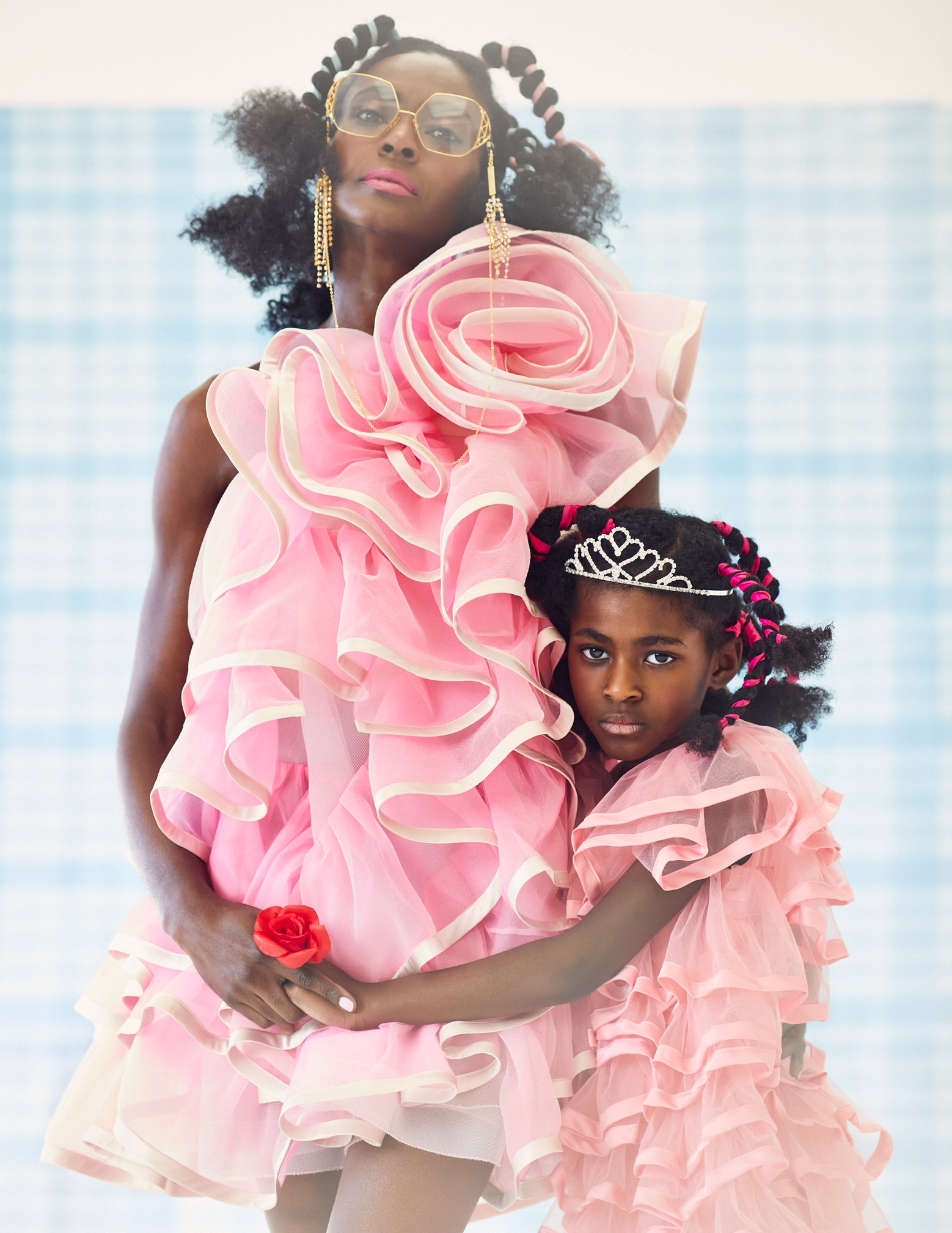 She was also a 'Pantene girl' for three consecutive years, something she remembers as a career highlight, and played one of Owen Wilson's character Hansel's posse in Zoolander.

Keisha says many of her friends' kids have been modelling "since they were born", making Dior a "late starter" in their eyes.

I know what it's like to be in the industry. I'm not a 'stage mum' who's living vicariously through her

She adds: "She is definitely being a kid, she is a fashion conscious little child model whose dream is to be the face of Dior, as that’s her name.

"She’s living her dream life and I would advise anyone else to let their kids do the same.

"I know what’s required to be on set, that’s the great thing about her having a mum who’s in the industry, rather than a mum who wanted to do something and is now living vicariously through her.

"I’m able to prepare her for things and that’s what makes it fun, because we do it together.

"The reason I started her at five and not at three when she first asked, was I knew she wasn’t ready. 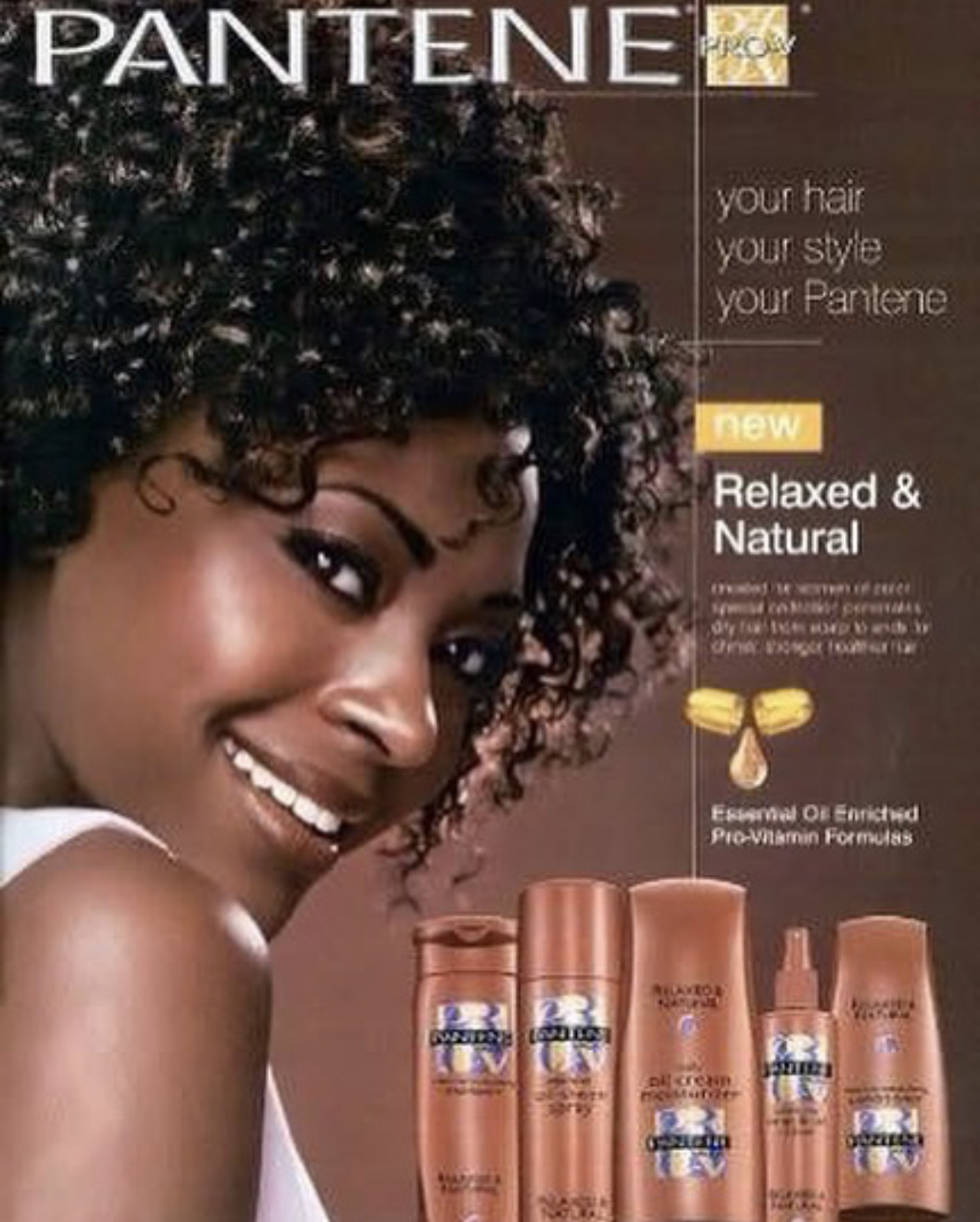 "At that age they really just want to run around and play, she still wants to do that at seven, but at that age it would have been a disaster.

"I haven't had to worry (about her missing out on her childhood). There’s rules in play, she can’t work more than eight hours-a-day, it’s like school but instead of being in school she’s on set.

"Most of the time there’s four or five other girls on set so it’s like a play date for them. She has a whole set of model friends and they are ecstatic when they get booked together.

"They’re playing in make-up, playing in hair, they’re dressing up, it’s like any little girl’s dream." 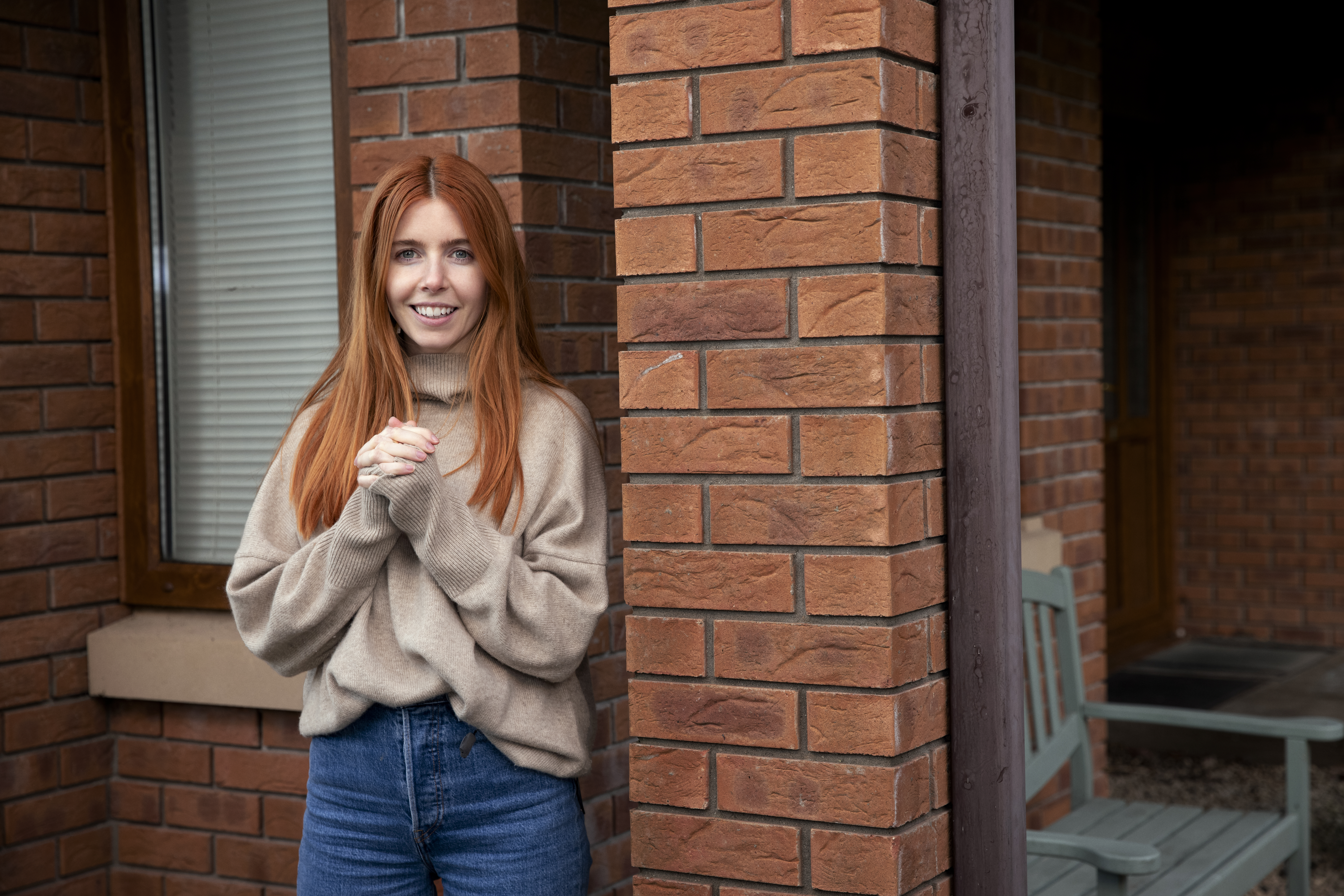 Keisha says meeting Stacey on the documentary "was a dream".

She adds: "She was wonderful. Meeting her was like meeting up with a new girlfriend and then sharing all of your favourite things your kids love.

"She was welcomed into our home, my kids loved her straight away which was very unusual and a testament to how amazing she was. They actually call her Aunty Stacey now.

"Stacey is absolutely fascinated with Dior; to see Dior at home just being a little girl with her family and friends, then how she transforms into a completely different person when she’s on set.

As a model, you have to be OK with not booking a job, or realising people are subject to their opinion on how you look. You don’t take it personally. As her mum, it's my job to make sure she's ready

"She said ‘I see now why you say someone is born to do something, because she literally turned into a completely different girl, this is the same girl who was cuddling up with you in the bed’.

"When she’s on set, Dior does not play around, she’s like a 16-year-old that’s ready to steal the camera, she loves modelling that much.

"I think Stacey just really enjoyed seeing her in her element, doing something that she loves to do.

"I would really encourage any parents of children who are showing a special gift in the arts – whether it’s music, gymnastics or dance, modelling or acting – to encourage them to coin those talents and do everything they can to ensure they are doing well.

"It has to be something they really want to do, but I would encourage them to do it at whatever age they show interest." 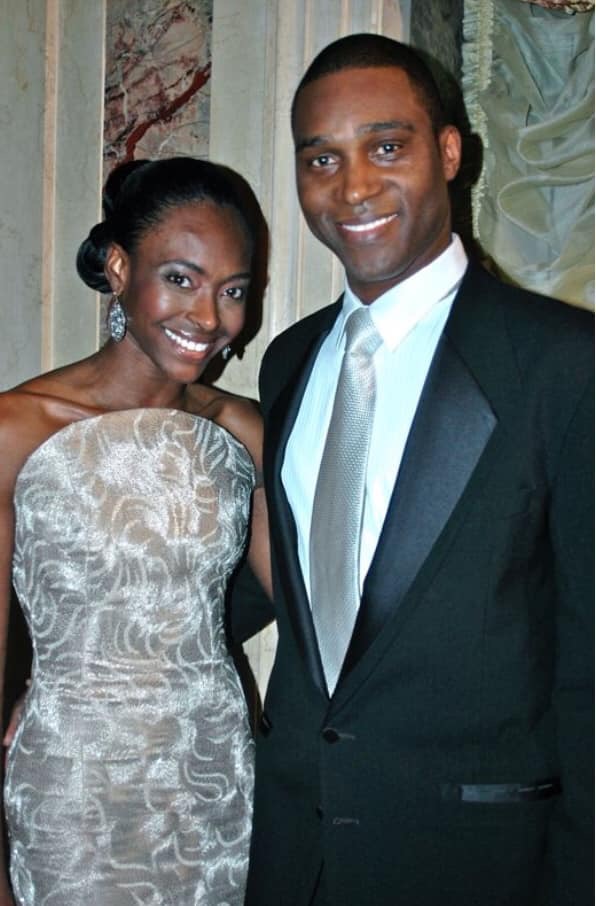 As for Dior's parents, their love story has been described as the "real-life Coming to America", after Kunle kept his Royal status a secret from Keisha for their first two years of dating.

The family moved to London five years ago, for Kunle's work, after stints living in New York, Dubai and Cyprus.

Keisha recalls: "Our early days of dating were filled with romantic trips around the world, fine dining in the best restaurants and exploring New York City together.

"I remember Kunle constantly discussing with me how we were going to be one of the most powerful couples in the world. We loved travelling to Greece, Marbella, California, Mykonos, the Maldives and Bora Bora.

"He’s extremely romantic, even after we’ve been together for 16 years. So I’m so grateful.

"I only found out he was a prince when my mother-in-law told me. It really goes to show how humble he is.

"That was really just the icing on the cake, we'd been together for two years at that point so I was already in love with him."

Keisha and Dior’s episode of Stacey Dooley Sleeps Over airs on Monday May 10 at 10pm on W Channel.