My husband, Alex, strode across the football field and toward me wearing a white undershirt, black dress shoes and socks, and a pair of skintight, blaze-orange nylon shorts that fit like hot pants.

After a moment of stunned silence, I said, “Hi.”

We were at our children’s school for an eclipse party. Our city, Columbia, South Carolina, was in the path of totality for the Great American Eclipse of 2017. Thousands of people had come from all over the country, from around the globe, to watch the moon cover the sun for two-and-a-half minutes on August 21. Restaurants handed out eclipse glasses. The local news had been warning us for weeks about burned corneas. Bars had opened at 8 a.m. Now, in mid-afternoon, the sun was high and the temperature was nearing 100 degrees.

Alex was supposed to be at work, but he’d come here instead, unexpectedly swaddled in orange.

“Where did you get those shorts?” I said.

“I found them in a garbage bag in the back of your minivan,” he said. “Why?”

They were in the bag to go to Goodwill because they were too small for our 12-year-old son. Now my 6-foot-one, 250-pound husband was wearing them. In public.

“They feel okay.” He waved to some parents we knew from our son’s football team. I looked the other way.

As my daughter’s teacher walked toward us, I shouted, “He just came from work and found those old shorts in the car.”

She smiled and nodded. When another parent approached, I bolted.

Catching up to me, Alex said, “Why are you trying to make excuses for my shorts? Why are you running away from people?”

“Because you look ridiculous,” I said.

“You mean the shorts?”

“Yes! Of course I mean the shorts. What were you thinking?”

“I was thinking it’s hot today. Look, this is probably the only chance I’ll ever get to see a full solar eclipse. I’m not going to spend it sweating in a suit when I can put on a pair of shorts.”

“They’re skin tight!” I said. “Don’t you care about what people think?”

He looked surprised. “Of course not.”

This is why I fell in love with him, half a lifetime ago.

We met at a tiny college in the lap of mounding green-and-blue mountains. There was so much beauty in there, and so much brutality. Someone had scratched a list of the “10 hottest girls” in our class into one of the old seminar tables. I felt both appalled by this and sad, knowing I would never be considered for such a list, then appalled at myself for feeling sad about it.

I knew that I was judged on how I looked; we all were. I didn’t care enough to wake up early and put on makeup or style my hair, yet I was keenly self-conscious. I had not heard the term “the male gaze” then, but when I first came across it in graduate school, I knew exactly what it felt like.

I knew a boy freshman year who sometimes drank too much and talked about fraternity hazing, about being made to sit on blocks of ice with pants, or kneeling for hours on rice, about seeing another boy in the shower with his back and butt and thighs bruised and blistered.

I loved going to fraternity parties anyway. My friends and I put on ratty jeans and old T-shirts and moved in packs, lashed together like people trying to survive a shipwreck with one life jacket, dancing in basements and drinking grain punch from rubber trash bins. We knew never to leave a party alone.

The college had been co-ed for only four years and still felt like a boys’ school that women were allowed to attend. I had come from an all-girls’ school and was utterly confused, unable to read what was going on around me. It felt like junior high all over again. I was socially naïve, nerdy and frightened.

On top of that, my father was dying, cruelly and slowly. I didn’t laugh much. But I laughed with Alex, who was neither constrained nor frightened. He exuded the sense of freedom I wished for myself.

To not care — to move through the world without stopping to consider how others might judge — was the rarest gift, and Alex shared it with me.

But now, 25 years later, that freedom I once wanted so badly for myself was infuriating. Alex’s ability to simply be unaware of the judgment of others has always been intoxicating. Except when it’s embarrassing.

Suddenly, the orange curve of light in the sky was gone. Over the loudspeaker, the physics teacher announced it was safe to take off our eclipse glasses.

There was a collective gasp. And then screams, squealing and shouts of “Oh my God!”

I couldn’t process what I was seeing. My head shook back and forth in denial, even though I knew what I was looking at.

There is no comparing a partial solar eclipse to totality. They’re entirely different experiences; a hug versus an orgasm.

I didn’t worry about Alex’s orange shorts. I didn’t worry whether my children burned their corneas. All I could think about was the gaping hole in the world where the sun was supposed to be, the black disc surrounded by a ring of undulating white threads of fire that moved the way cream does when you pour it into coffee.

It was too much, almost intolerable to look at — I had to look away, and then back again immediately. It was impossible, and yet there it was.

And then, something shifted. Somehow, suddenly, it wasn’t intolerable. Somehow it felt as if the eclipse had always been there, and that the world would always be this way. The-two-and-a-half minutes of totality stretched into a new, seemingly eternal inside-out reality.

Until an enormous drop of sunshine erupted on the edge of the black hole and grew bigger. Just seconds before, time had slowed to a halt, and now it sped up a thousand times. Already the sun was blinding.

“Glasses on!” the high school physics teacher bellowed over the loudspeaker.

I felt as if I had been hit in the chest. I looked at my husband in his hot pants and lace-up Oxfords and wasn’t embarrassed. How could I care what other people thought when the whole sky had just been turned inside out, when time had sped up and slowed down, when the world had become impossible in a split second and then mundane again?

What I love in Alex — that ability to not care what other people think — is something I want for myself. I have experienced that utter lack of self-consciousness only three times in my life: When I fell in love 25 years ago, the months I had untreated postpartum psychosis, and the two-and-half minutes of the eclipse. Three times reality flipped. 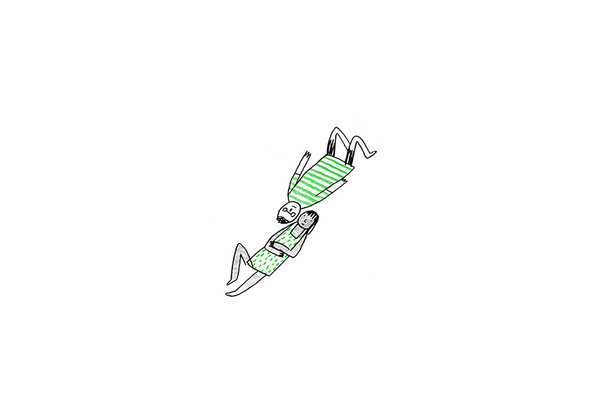 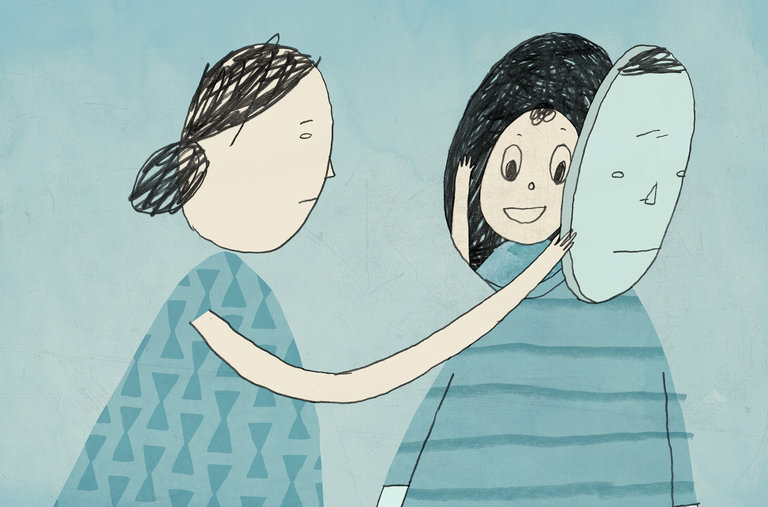 This is what marriage does better than anything else. It forces you to look hard at what you want to be and acknowledge that someone else, someone you love, cannot give it to you. Even after spending 25 years with that person, the only way to get there is to change yourself.

Alex cannot give me what I want. He cannot imbue me with his not-caring-about-judgment ability. He cannot give me this freedom, though he shows me what it looks like daily. (Hint: It’s orange.) That freedom is so close I touch it, and yet it isn’t mine. And so my anger at him that hot afternoon.

Yet to have him assuage my fear of judgment by asking that he fear judgment would destroy the part of him I love most.

If Jung is right, the freedom is already available to me. I have felt it three times. If a seemingly impossible change can emerge in the sky and become normal, perhaps it can emerge in any of us, too.

When we got home that evening, I looked up the date and time of the next total solar eclipse in the U.S., already wanting that freedom again. But that night, after Alex went to bed, I found those orange shorts and threw them away.

I know where I want to go. I am not there yet.

Kerry Egan is a writer who lives in Columbia, South Carolina. Her most recent book is “On Living.”

Modern Love can be reached at [email protected]