WITH her new uniform hanging up in the wardrobe and bag by the door, Georgia Parmar was all set for her first day at school.

But sitting in class or playing with her friends at break time, the four-year-old is now in a hospice with only weeks to live. 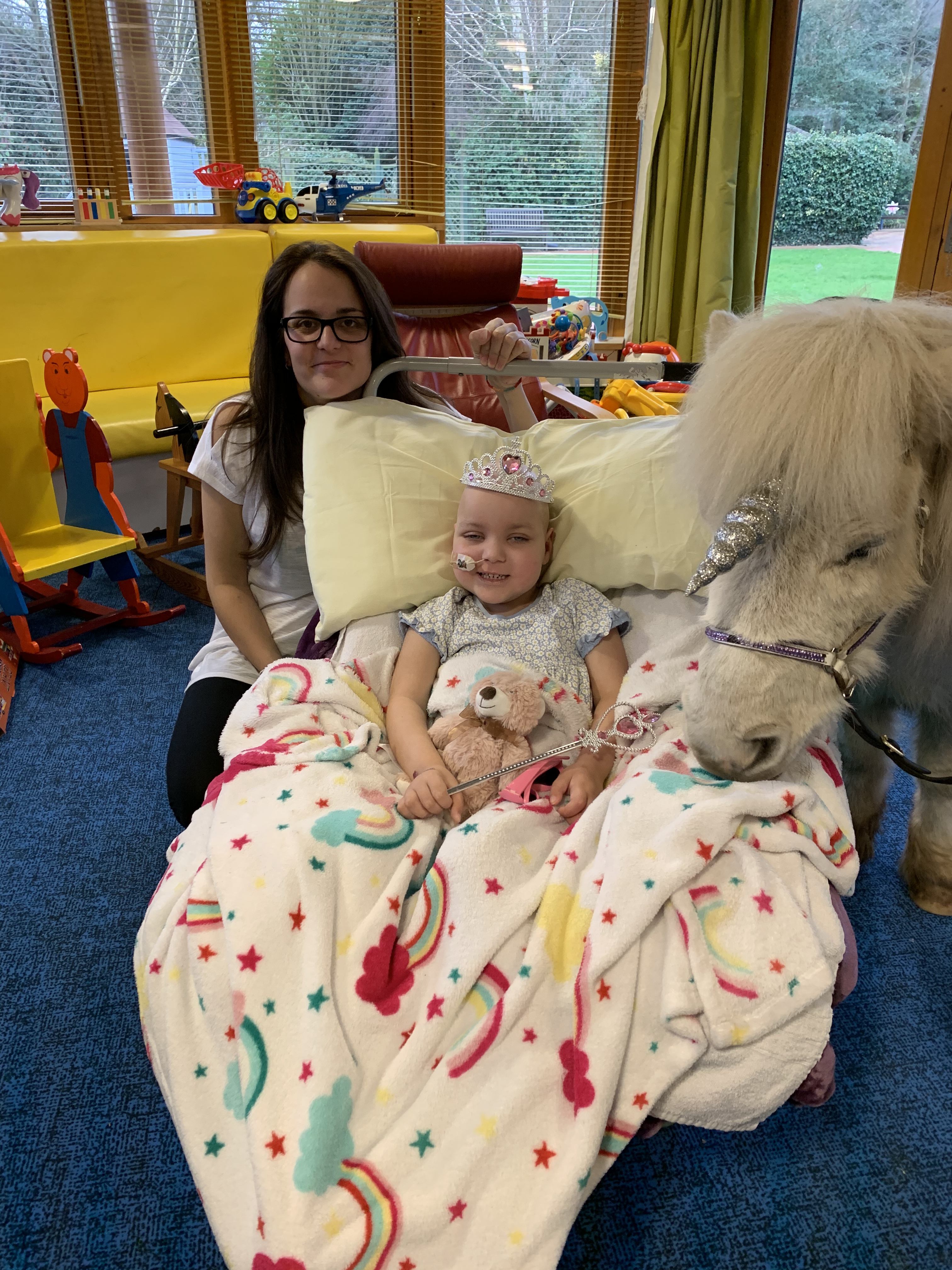 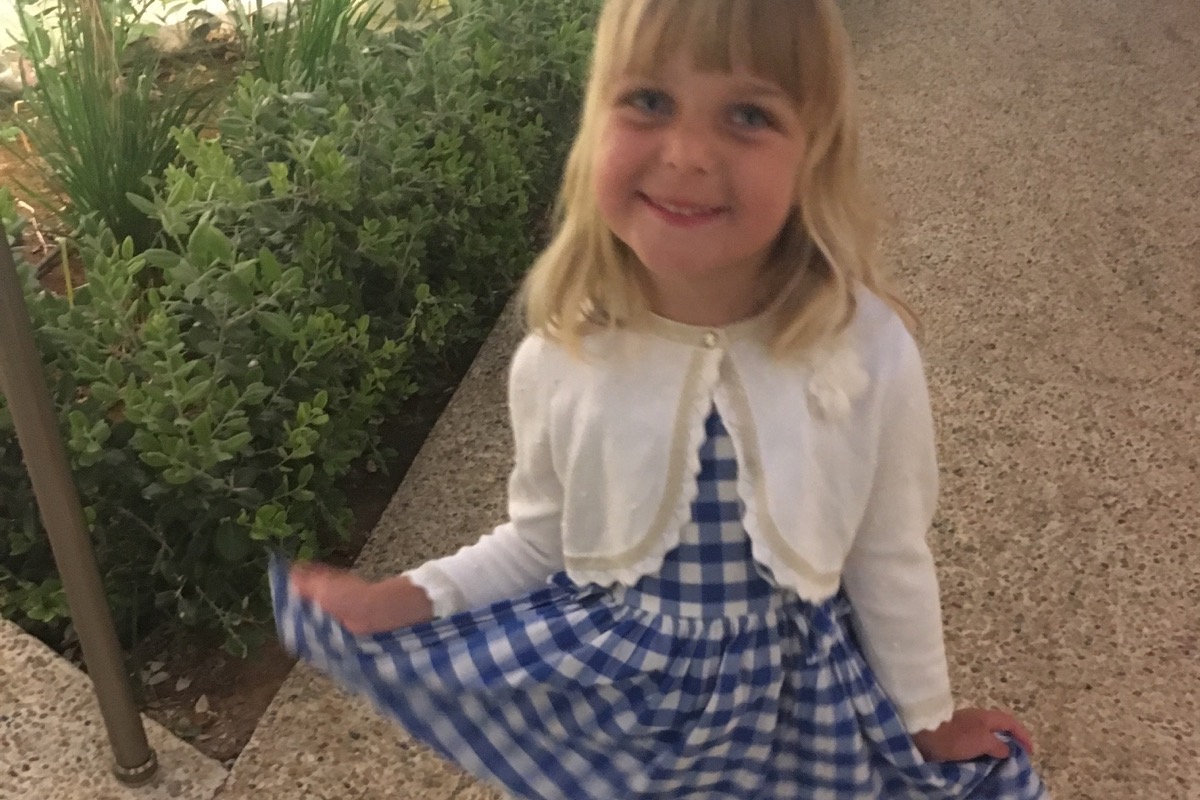 Just days before she was due to start primary school, Georgia was diagnosed with a rare and aggressive brain tumour.

Her mum Sadie, from Wolverhampton, West Mids, said that the youngster had started to suffer with headaches in the summer holidays.

Speaking to The Sun Online, the 33-year-old said: "We'd just come back from holiday in August and Georgia started having headaches.

She was in so much pain that she couldn't even swallow

"She would be sick as well but when she woke up in the morning she'd be alright, so we weren't sure what it was.

"We took her to the doctors who said it was probably a viral infection so they told us to just give her some Calpol.

"But it went on for weeks – to the point where she was rolling around in pain and couldn't keep anything down.

"She was in so much pain that she couldn't even swallow." 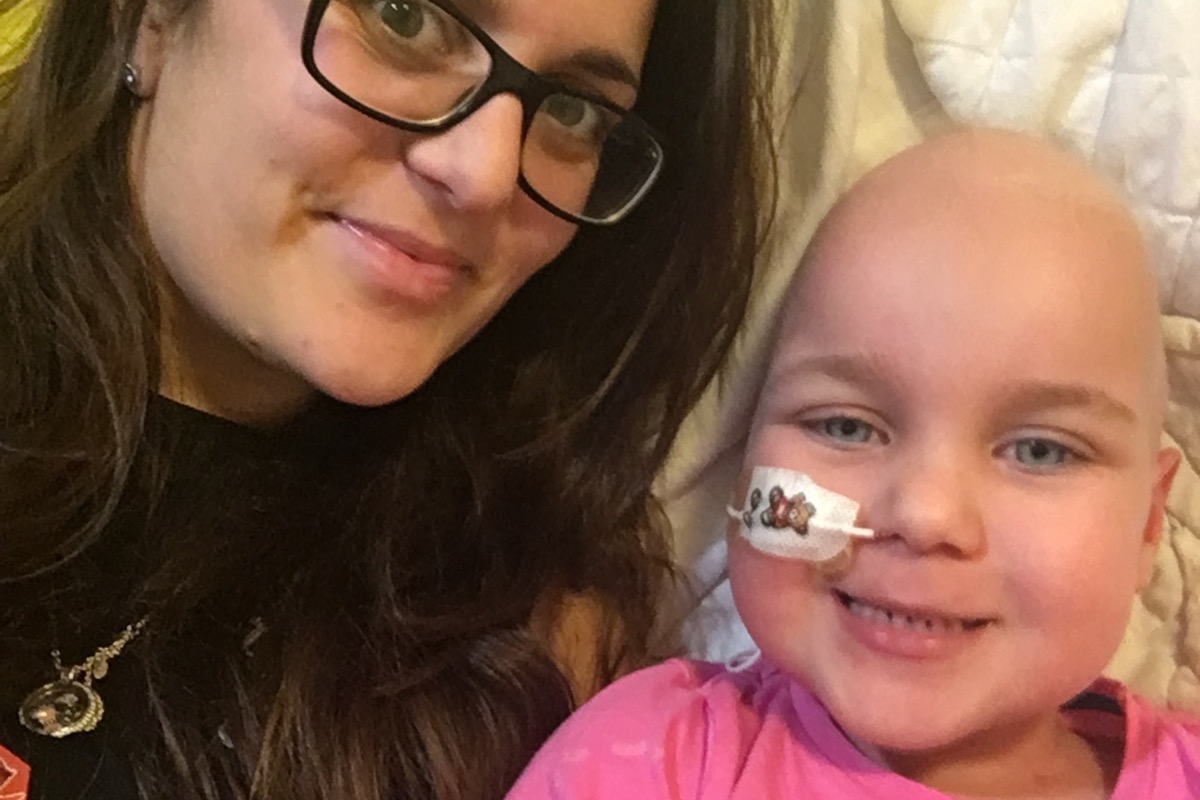 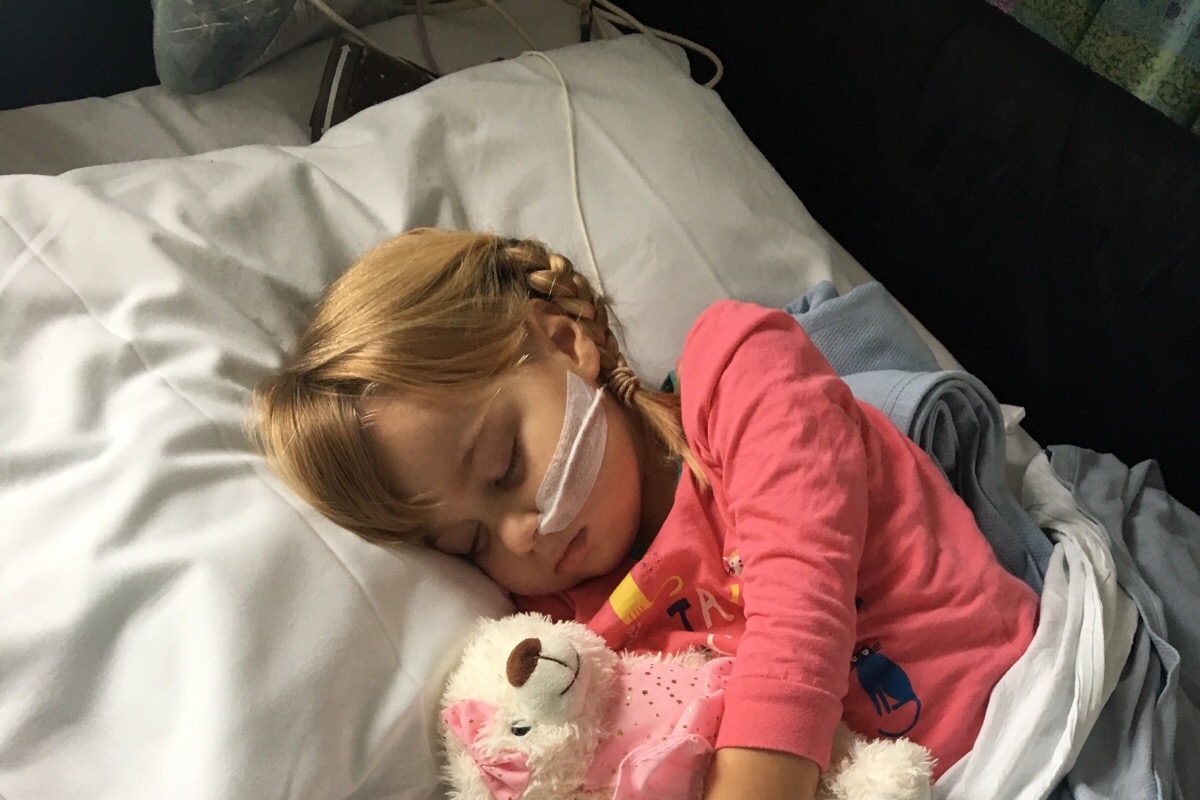 In September, her condition got so bad that she was rushed to Birmingham Children's Hospital in the middle of the night.

Doctors found a blockage and Georgia needed emergency surgery to relieve the pressure from her brain.

Medics also carried out scans and when the results came back a couple of days later, they were given the devastating news.

The youngster was diagnosed with stage three medulloblastoma – an aggressive childhood brain tumour, which had spread to her spine.

She had a nine-hour operation to remove the mass, but in the fortnight they'd waited for surgery it had grown even bigger.

Georgia was then given chemotherapy and radiotherapy in the hope that it would shrink the tumour.

But earlier this month, her family were told that the treatment's hadn't worked. 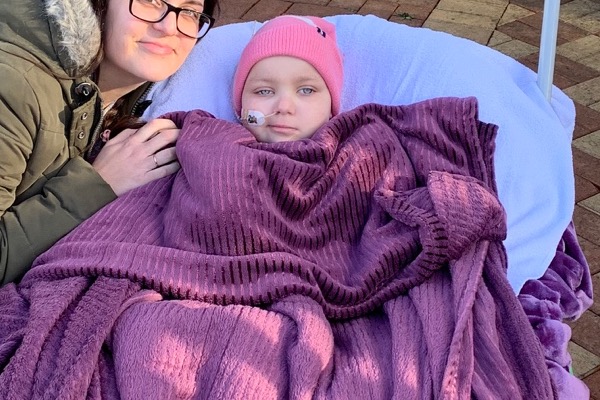 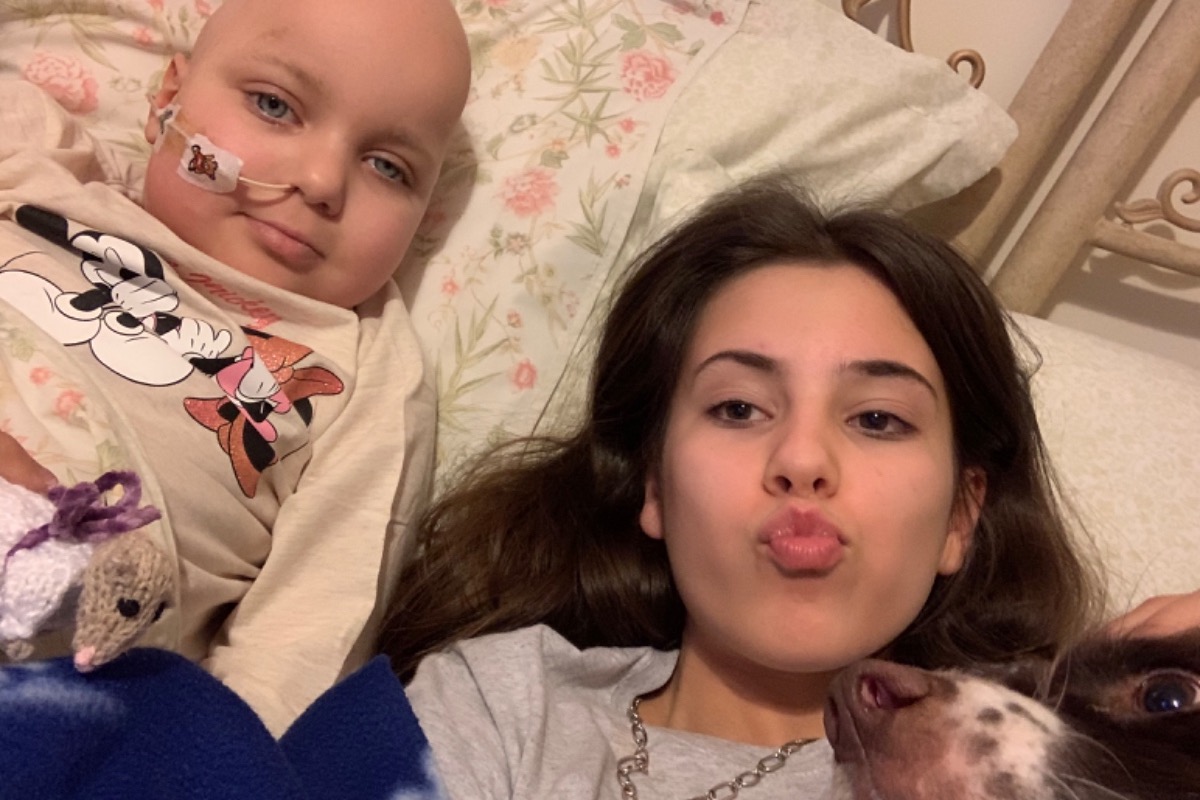 The mum-of-two said: "The tumours had got worse and radiotherapy hasn't done anything.

"We've been told there's nothing more they can do.

"We asked how long she has left and they've told us it'll be weeks rather than months."

We've been told there's nothing more they can do

Georgia has now been moved from intensive care to a hospice where she will spend her final days.

Sadie, a supervisor at House of Fraser, has been unable to work since Georgia was diagnosed five months ago and was forced to move out of her house as she was unable to afford the rent.

She's now moved into the Ronald McDonald House at Birmingham Children's Hospital so she can be by Georgia's bedside, while her older daughter has moved in with grandparents.

Medulloblastoma is a type of cancerous brain tumour that can sometimes affect adults but mostly happens to kids.

It causes about 10 per cent of all childhood cancer deaths.

It starts in or near what is called the cerebellum, an area in the brain that controls motor skills, and can spread to other parts of the brain or spinal cord.

Children with medulloblastoma are currently given a combination of surgery, chemotherapy and radiotherapy.

But these can have numerous debilitating side-effects, including impaired brain function, growth deficits and social problems.

Georgia's dad, who Sadie has separated from but remains friends, is also staying at the charity-funded accommodation – so that they can be with the youngster as much as possible.

The family has set up a fundraising page to help raise money so that they can "make memories" in her last days.

She said: "We don't know how long she has left.

"It's just a case of managing the pain.

"She hasn't got much mobility now so we can't really take her out. 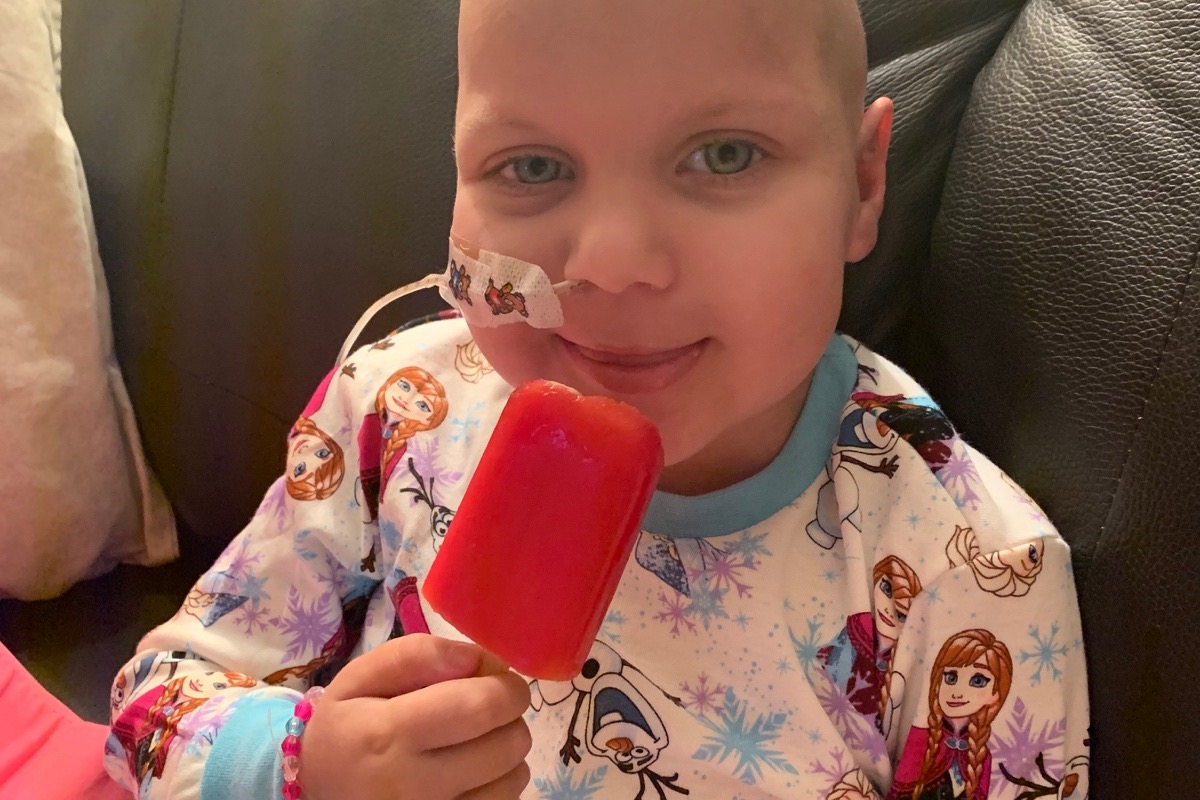 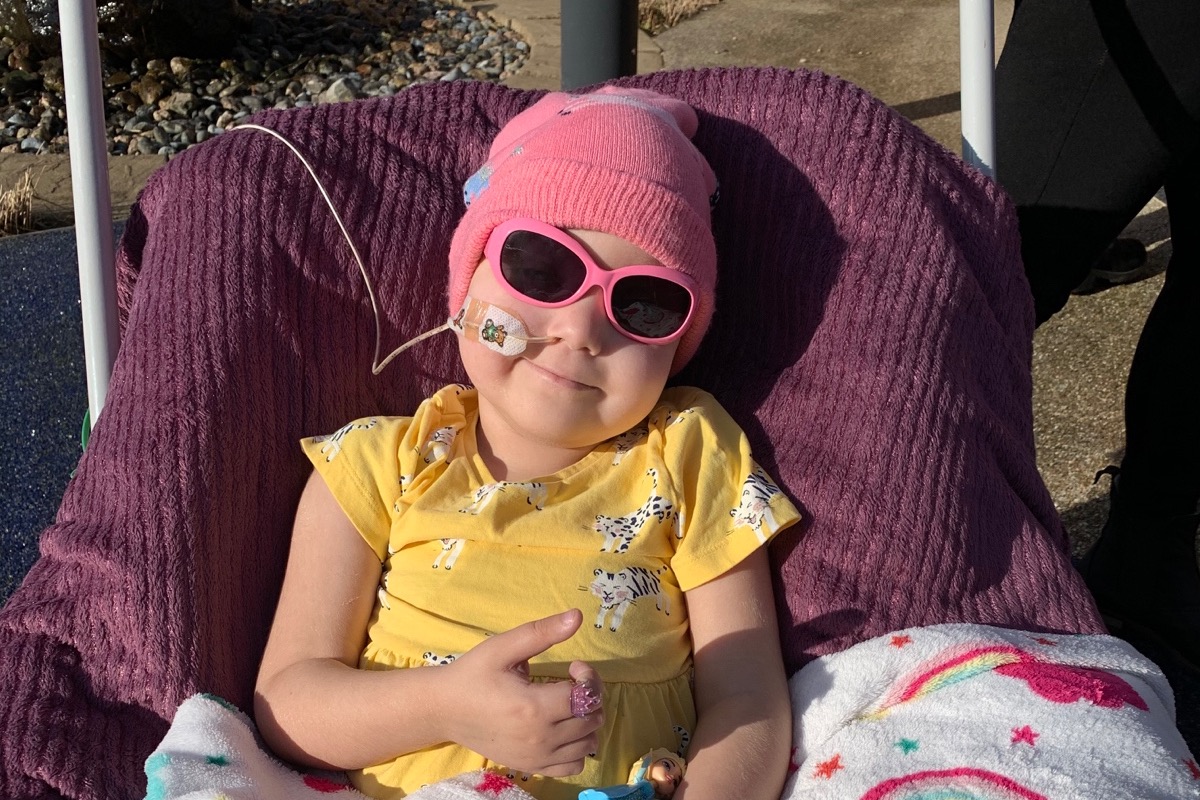 "We're having a little party for her on Friday."
Sadie said they are also hopeful that the funds raised could go towards Georgia's funeral.

"I never thought I'd be planning my daughter's funeral but now that I am I want to make sure it's something special," she said.

For more information, or to donate, visit their GoFundMe page here