In Mexico, Día de Muertos — or “Day of the Dead” — is an annual celebration and remembrance, known for its striking iconography and festive colors. Each year, Nike pays homage to Día de Muertos with a special footwear collection, and this year’s offerings are made up of an Air Jordan 1 Mid, Blazer Mid ‘77, Air Max 90 and Daybreak Type. Using the traditional Mexican Marigold flower as a connecting thread and interpreting a “Para Mi Familia” tagline, all four shoes are colorful homages to family members both present and past. 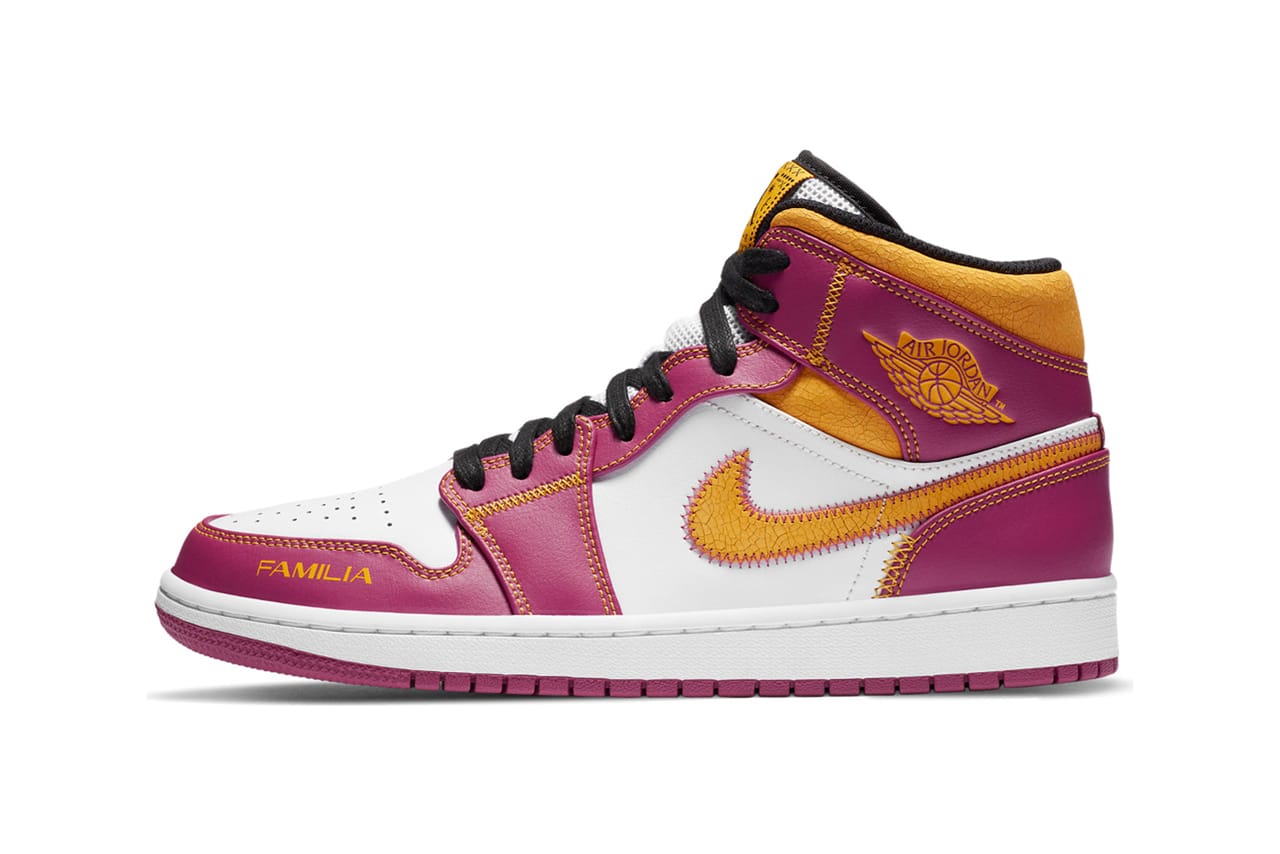 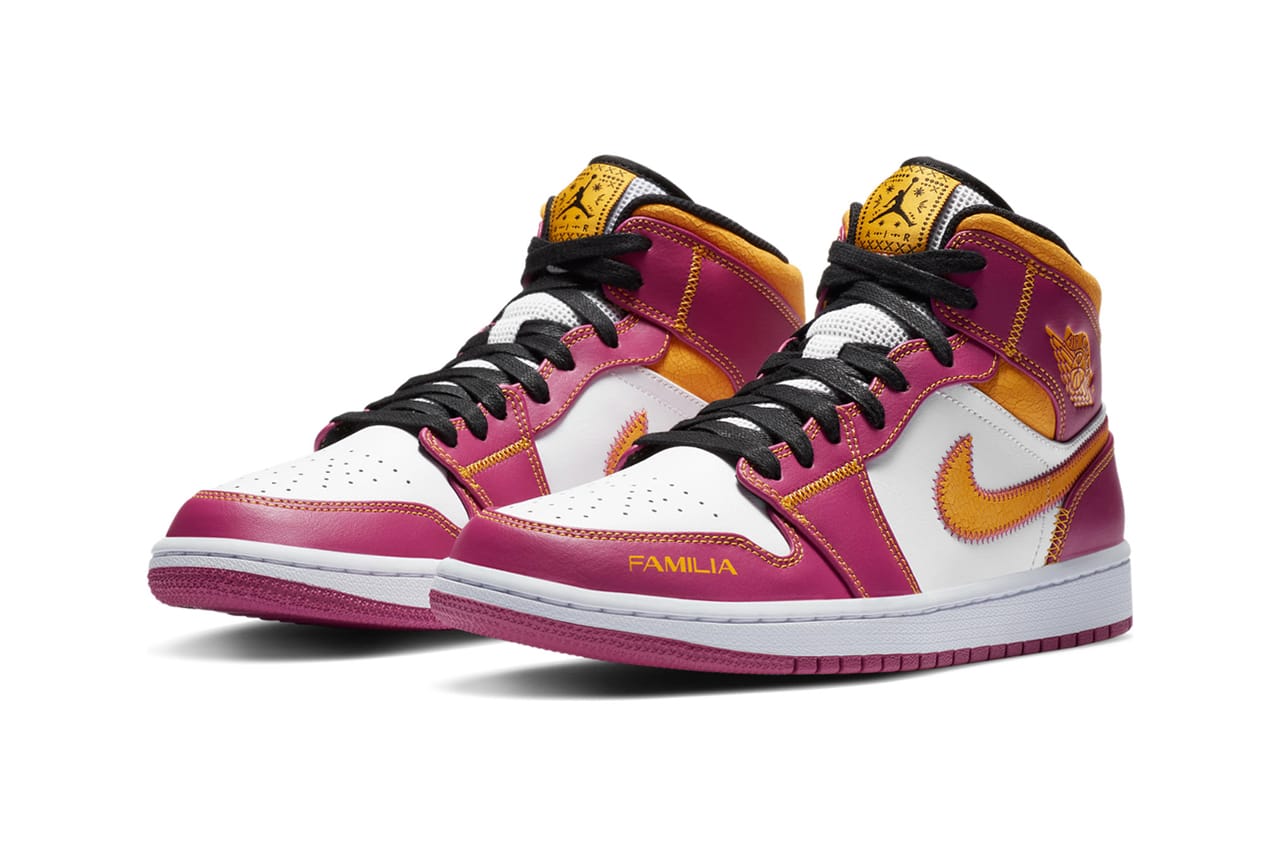 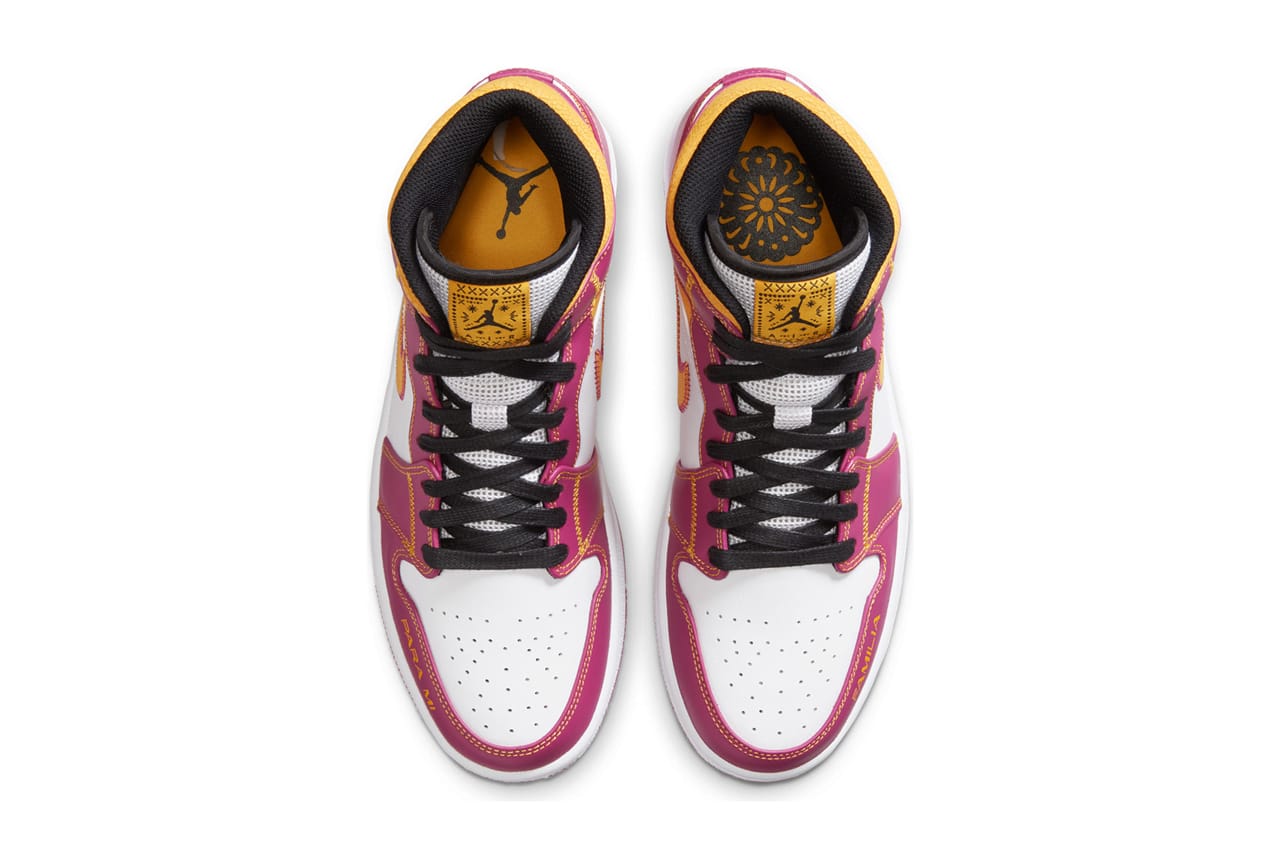 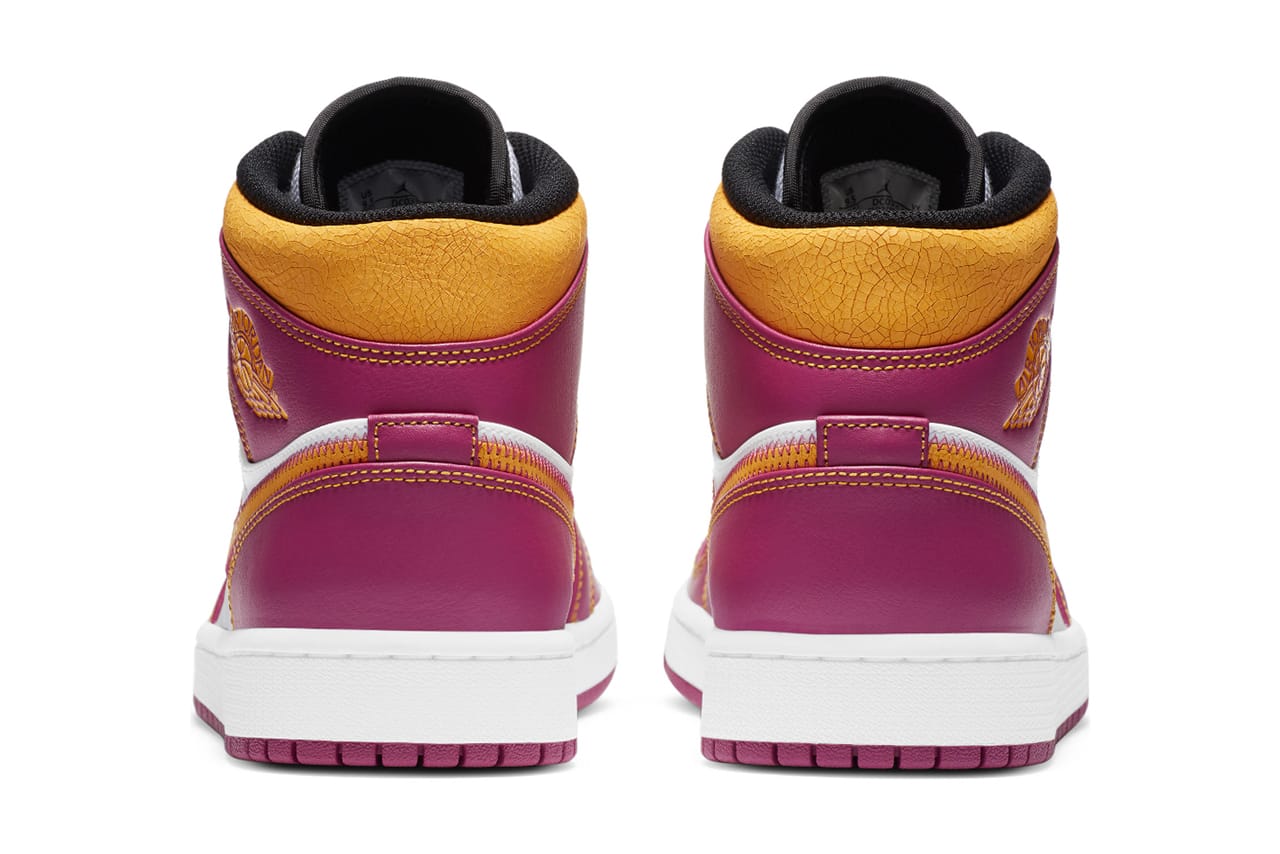 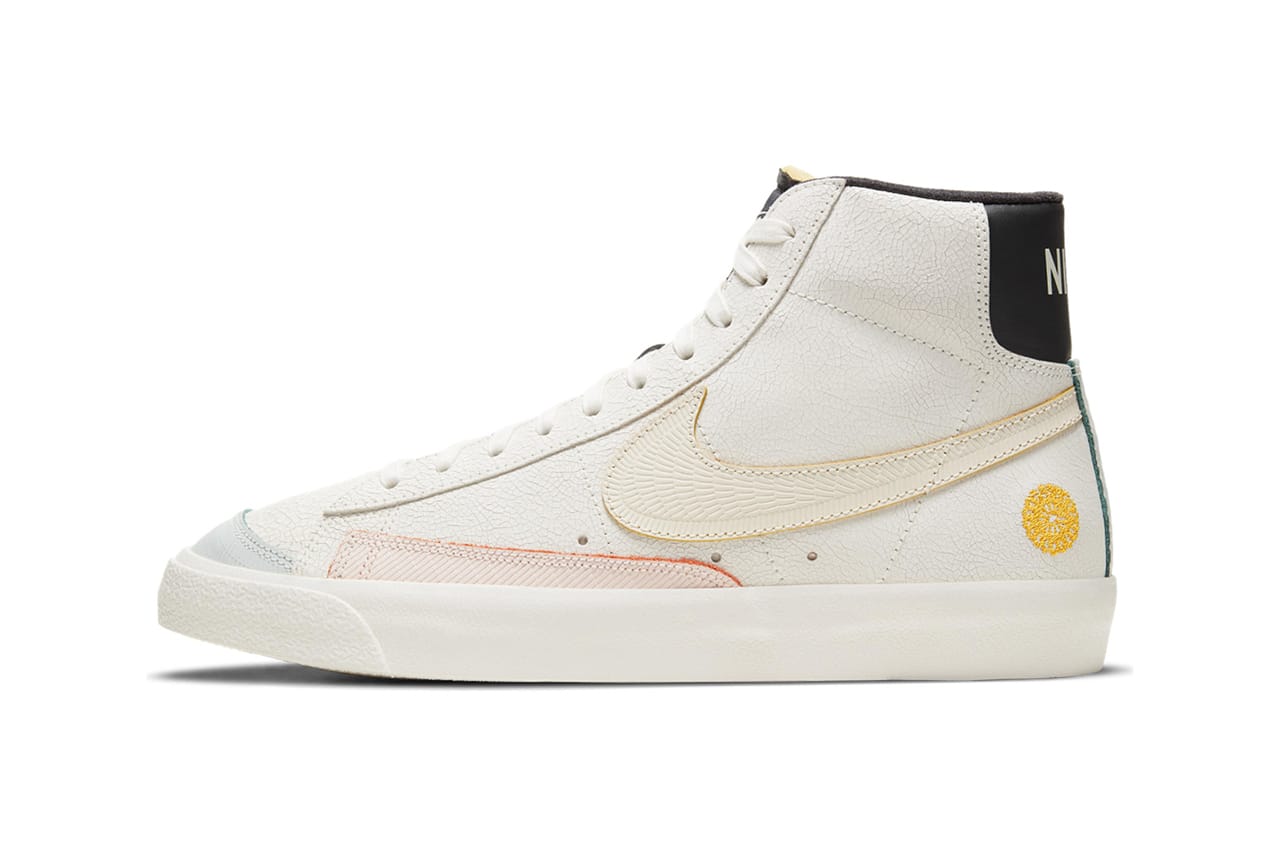 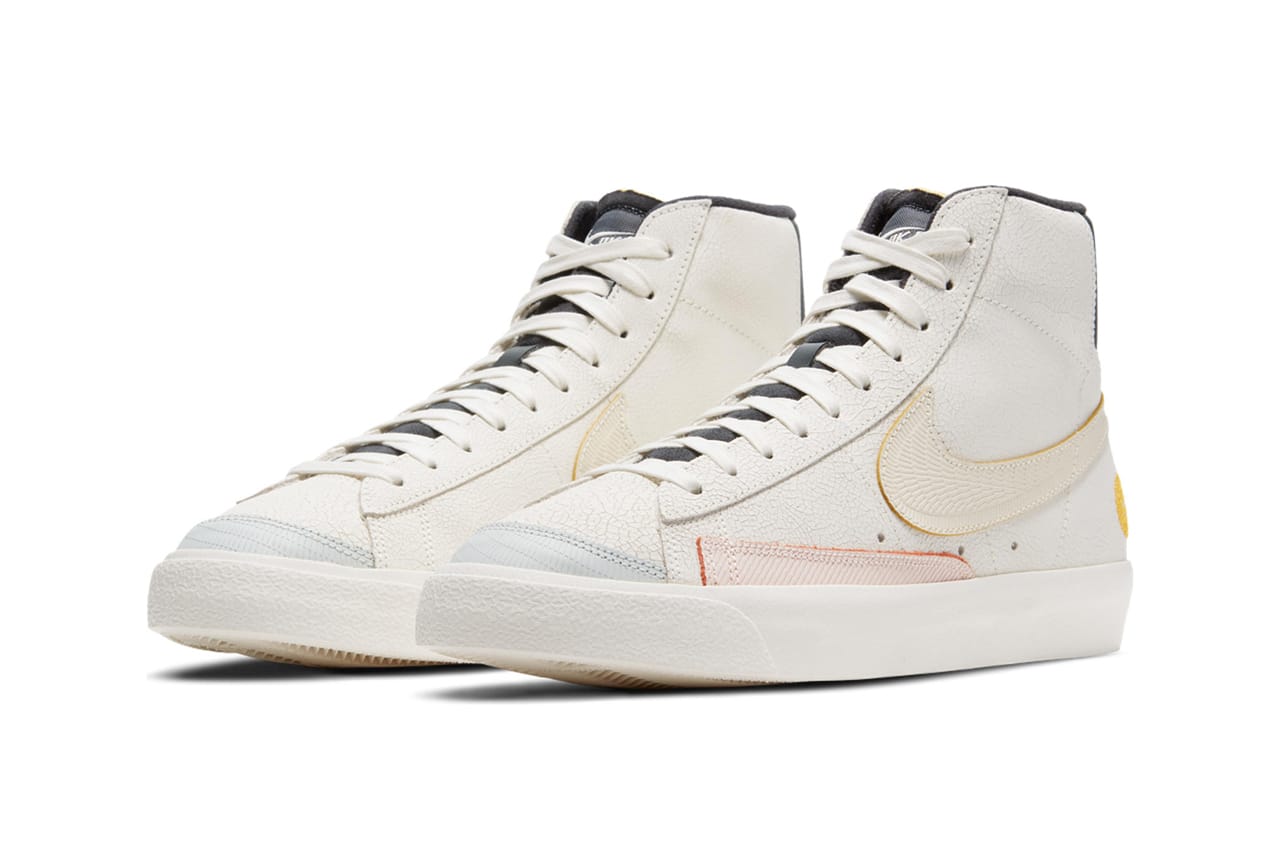 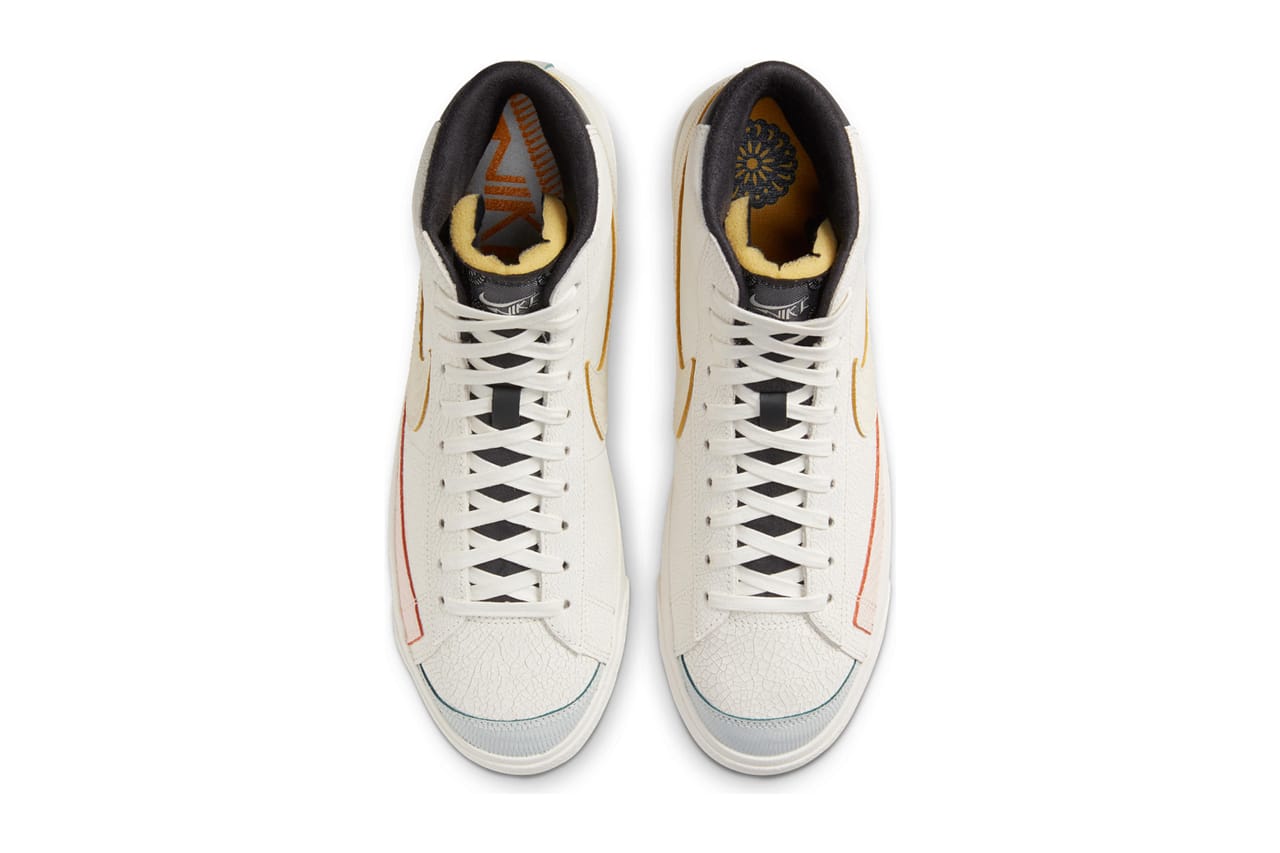 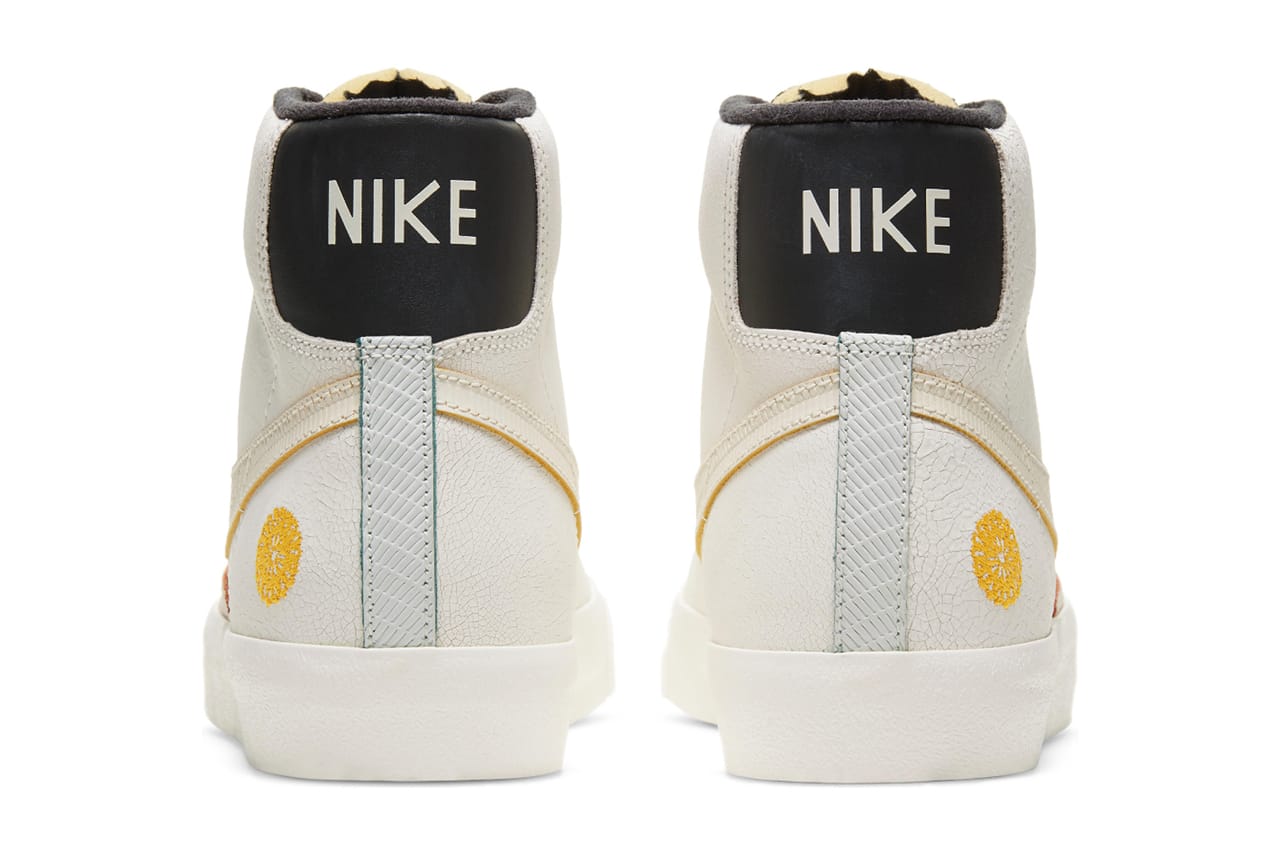 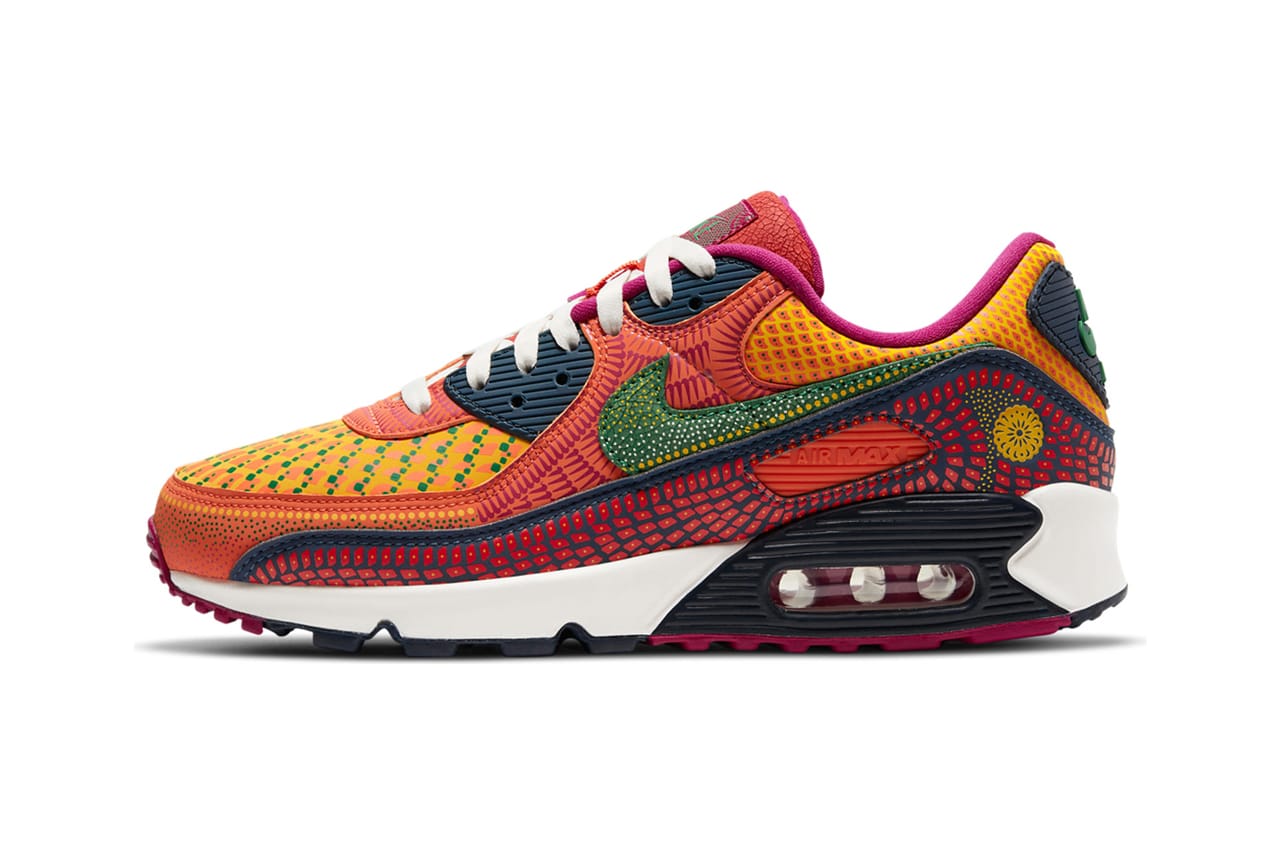 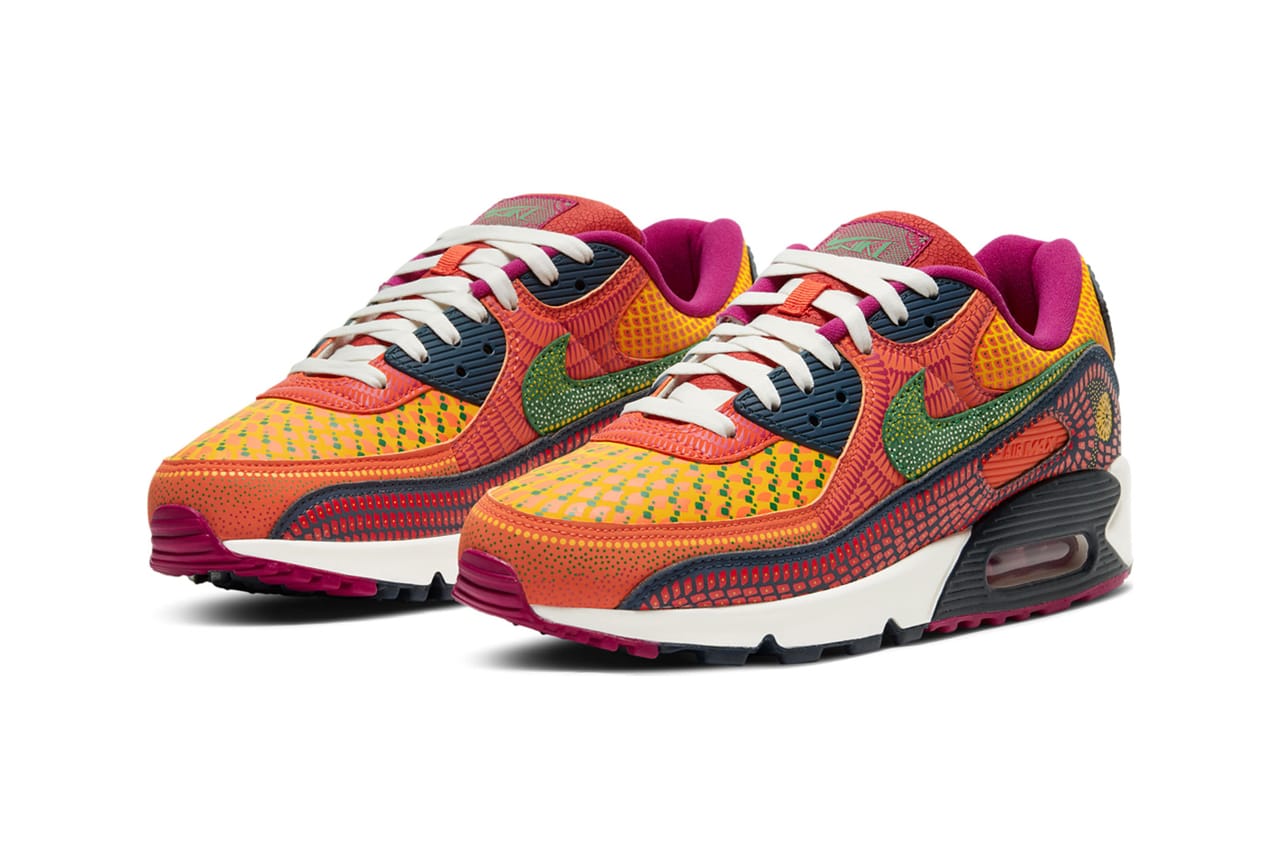 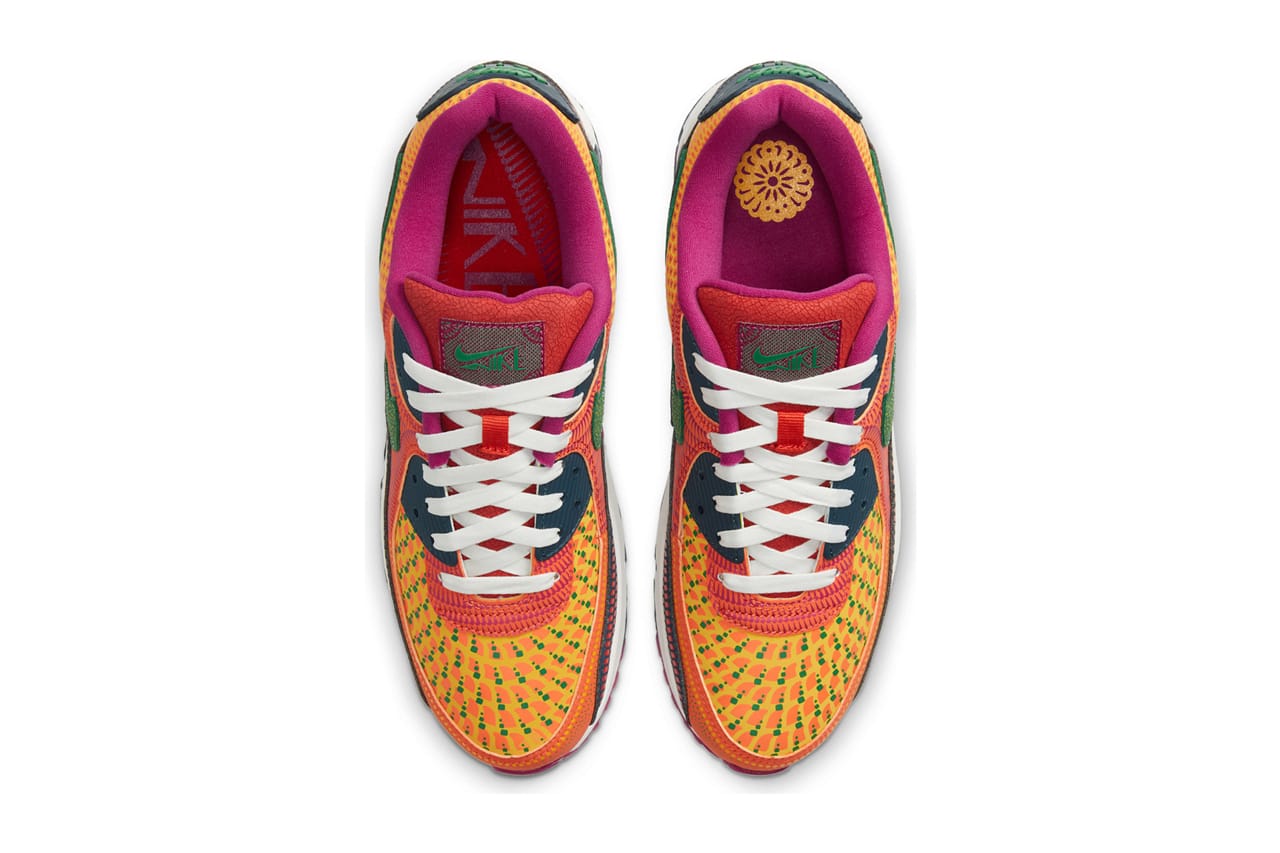 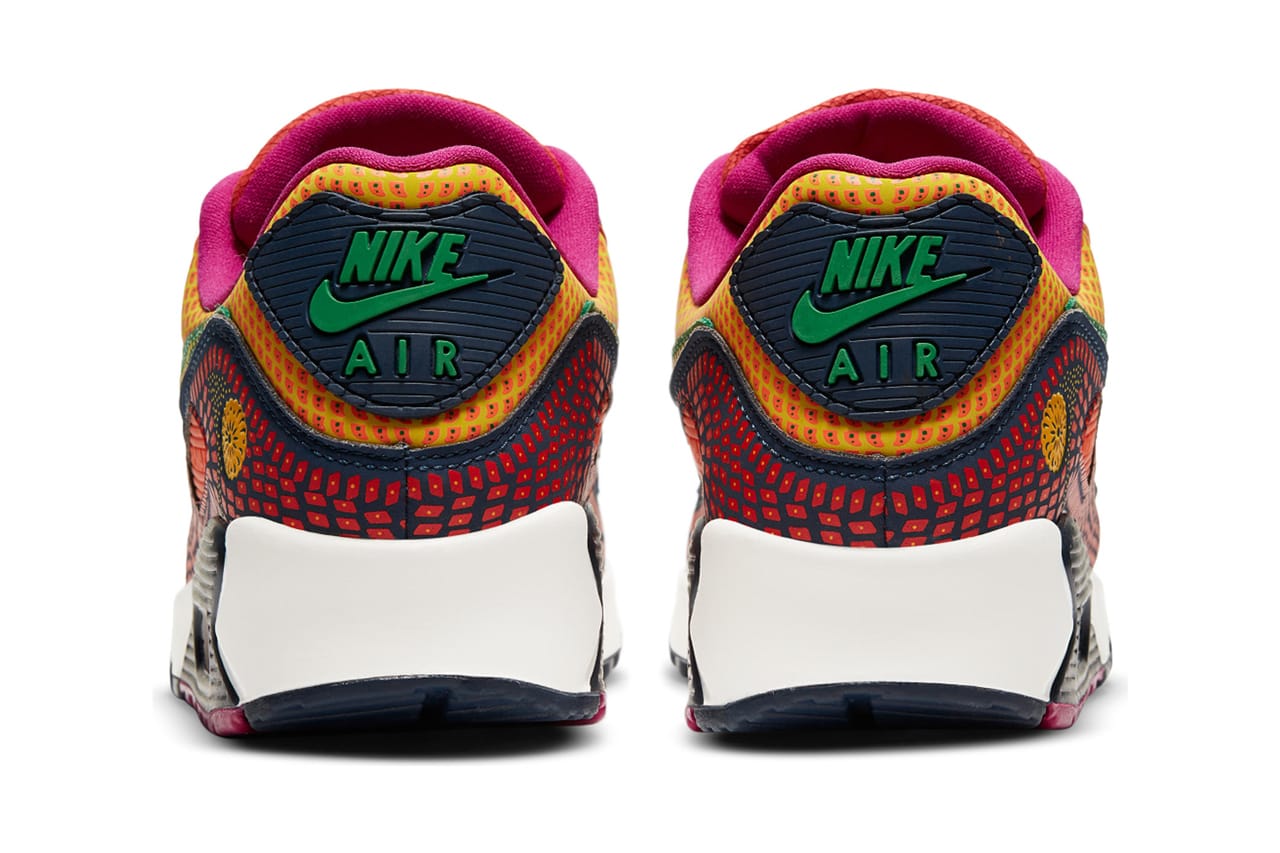 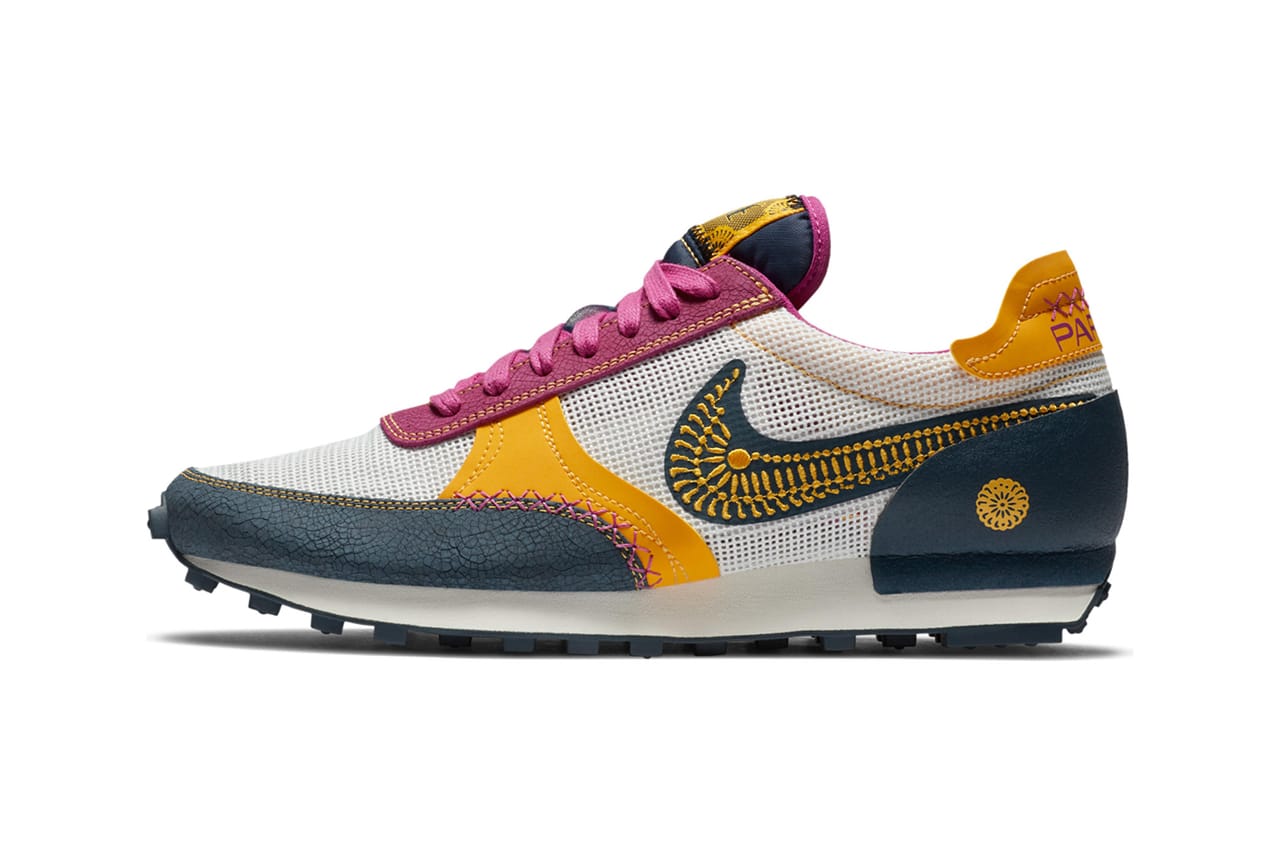 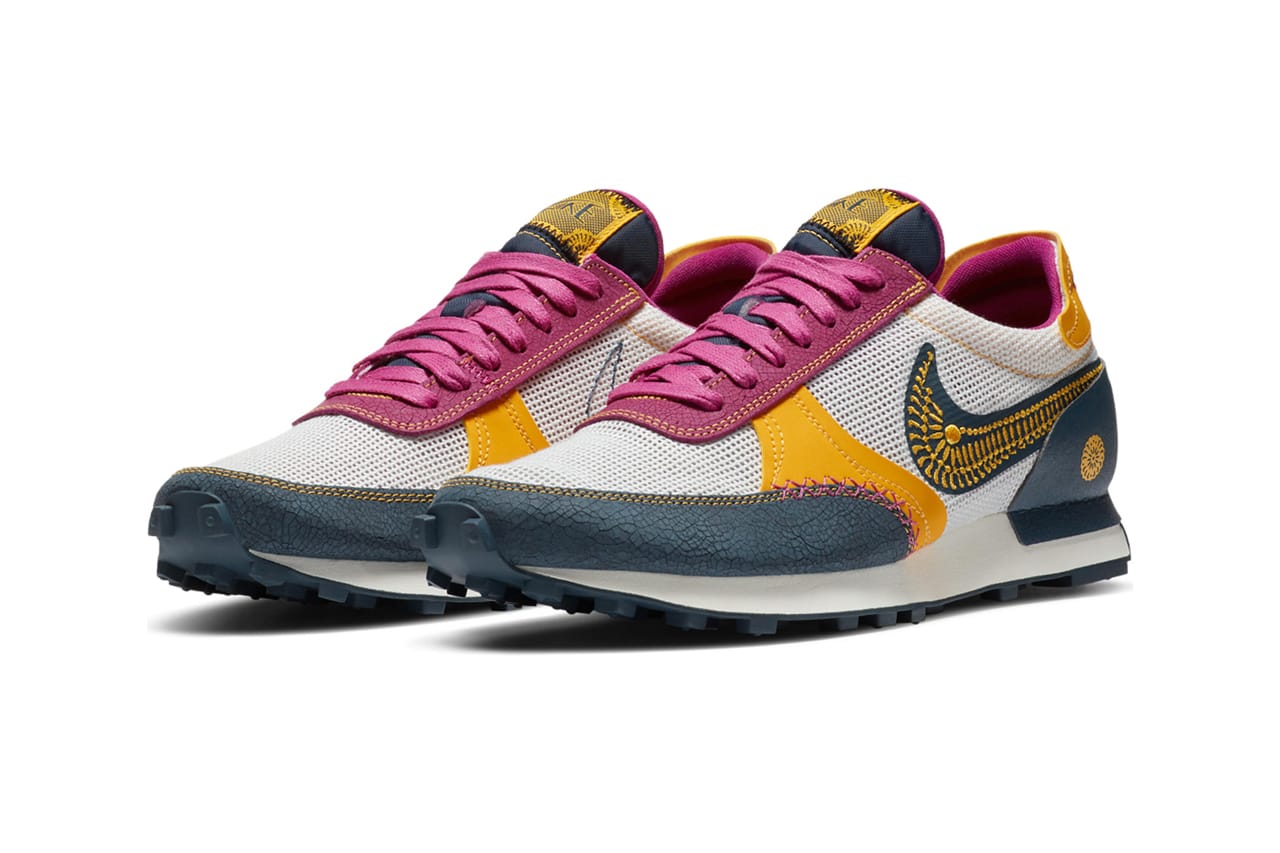 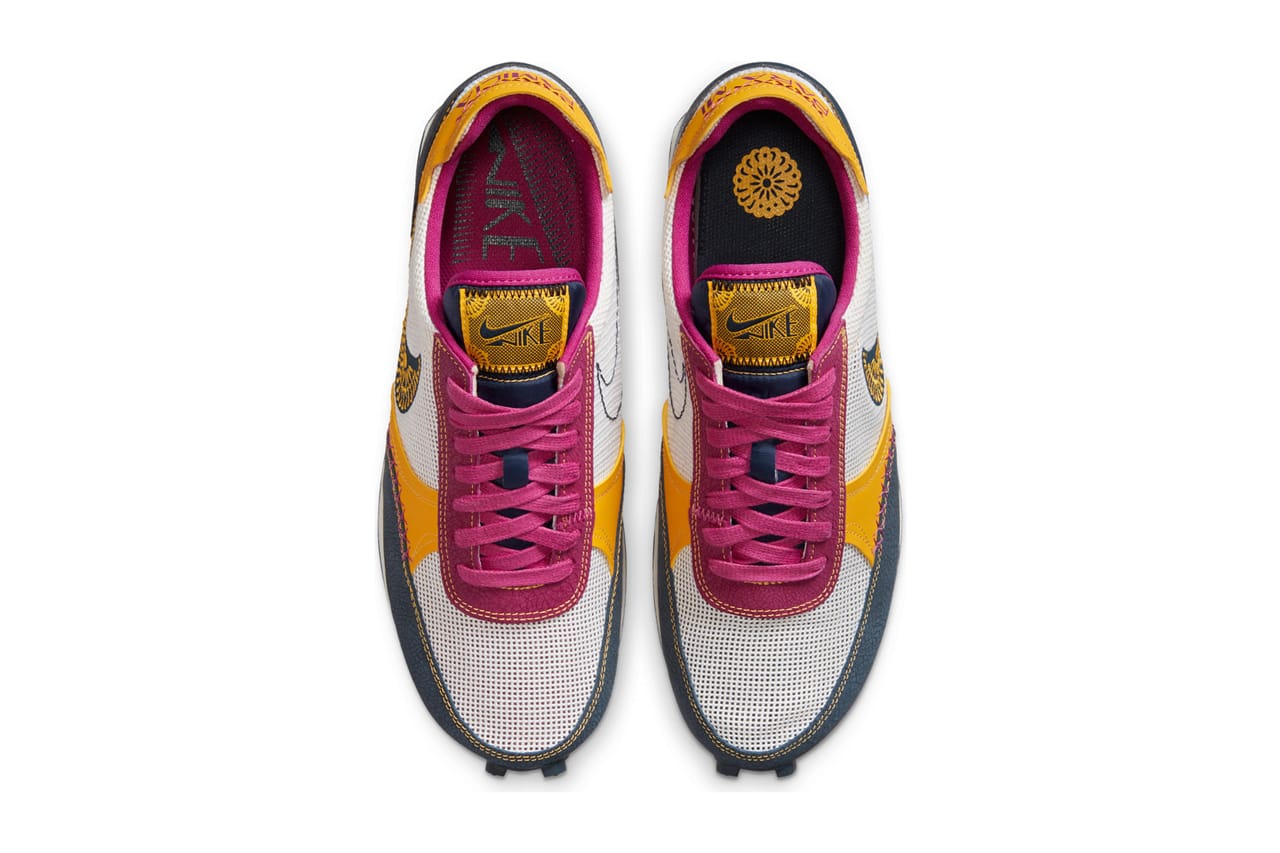 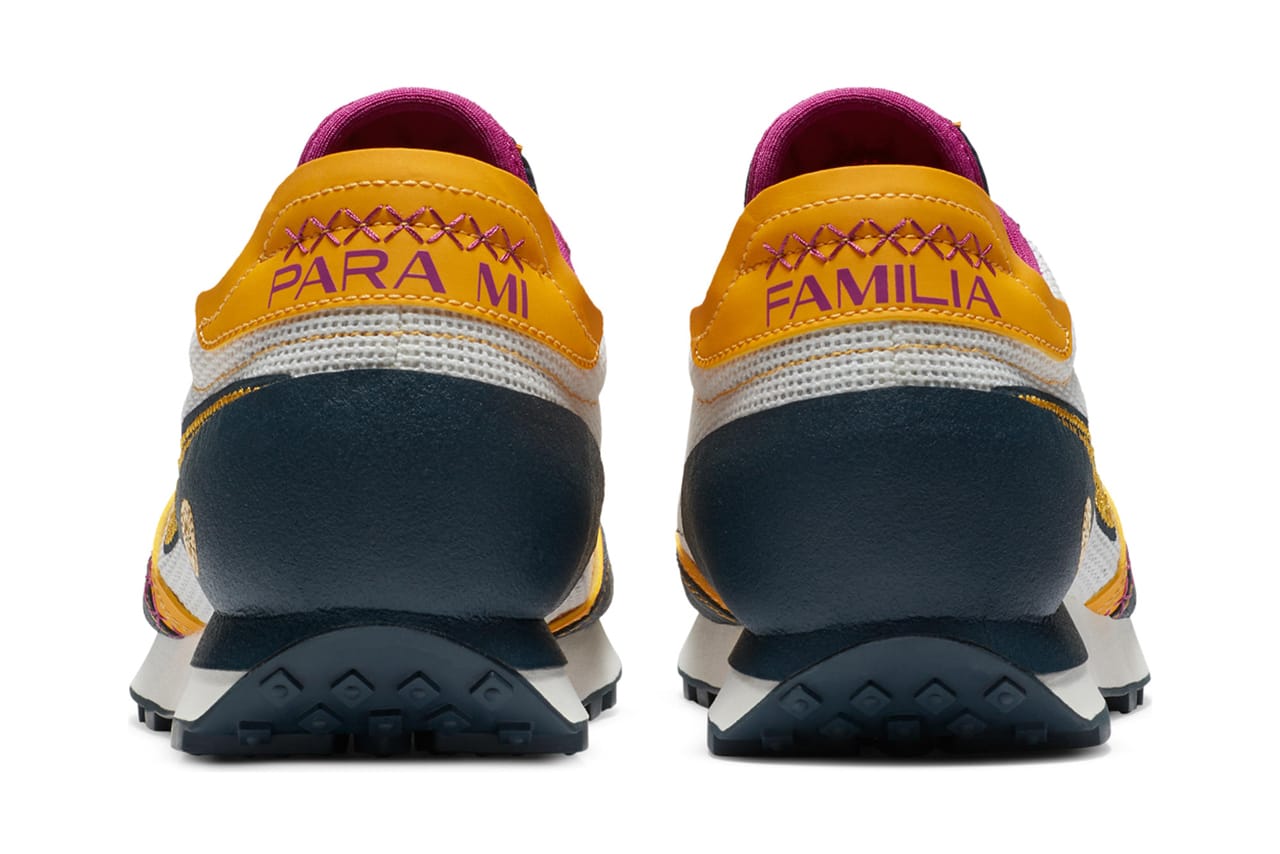 Each pair draws from Dia De Muertos’ traditional ofrendas (altars), using bright color schemes and intricate details that salute the delicate papel picados and flowers they’re usually surrounded by. First up is the mid-cut Air Jordan 1. Mixing a white base with purple and gold overlays, it supplies a “Familia” hit on the mudguard, special detailing on the tongue badge and insoles and a cracked leather around the collar. Next, the Blazer boasts a simple aged white look with colored trim, but there’s more than meets the eye: the top layer wears away over time to reveal a colorful base.

Air Max 90s are the most vibrant shoe of the bunch, covered from toe to heel in joyous, swirling patterns that use multiple red, yellow and orange tones. Lastly, Nike N. 354’s Daybreak Type — a modernized iteration of the old-school Daybreak — serves up a stripped-back mesh build, special Swooshes and a “Para mi Familia” graphic split between right and left heels.

The Nike Día de Muertos collection is available via Nike Mexico now, and will receive a global release on Nike SNKRS come October 15.