Eagle-eyed consumers saw the shoes on the shop’s website, with at least four different styles called the ‘Me Too Shoe Boots’. 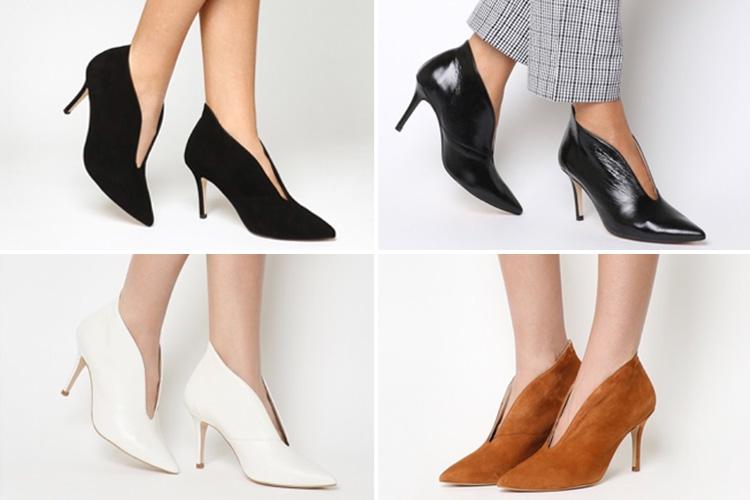 People vented their fury on Facebook, with one person saying: “Is it just me or is the ‘Me Too’ name of these shoes from Office a tad awful?”

And one person revealed they were so upset they phoned customer services to complain while another considered writing a letter of complaint.

One woman said: “Just called customer services tel 03301001906 and finally got through by choosing option 5 (sales!) to speak to someone directly to register my extreme disquiet and spoke to a poor young man named Billy…. its a shocker this one.

“Should carry a trigger warning.”

The heels, in black suede and patent, white leather and tan suede, all cost £85 but no longer appear under the Me Too name. 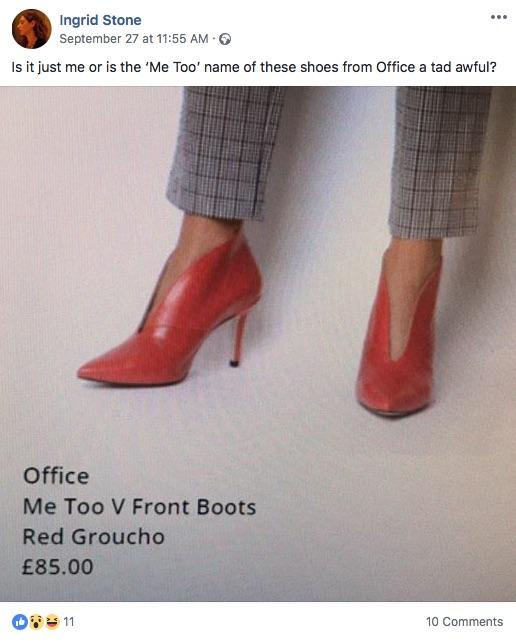 The style has been re-branded as the 'Mojo' boot instead.

In a statement, Office confirmed the shoes had initially been named prior to the movement.

A spokesperson said: “We hold numerous product options on our stock book and unfortunately the connotations of continuing to use the original name when we repeated this style were missed.

“This was an oversight and in no way intended, or promoted, to associate with or commercialise on the #metoo movement.

“The shoes have now been renamed to Mojo to avoid any ill feeling or confusion.”

The #MeToo movement began in 2017 as a response to claims of sexual abuse and assault, with the hashtag going viral last October.

One woman has revealed she was abused by neighbour as a child – but when he finally admitted his crimes against me he was jailed for just one week.

This woman admitted to having ‘pity sex’ with her father-in-law… and says she’s being ‘punished’.

And this woman was attacked by the family’s pet dogs when she was 34 weeks pregnant.