As well as needing bags of self-belief to strip off, the singer had to contort her limbs to hide her modesty for the photo, which appears on the latest cover of Clash magazine. Jenny Francis invited five Sun readers of different ages and sizes to recreate Rita’s raunchy image – and found out how it gave their confidence a boost. 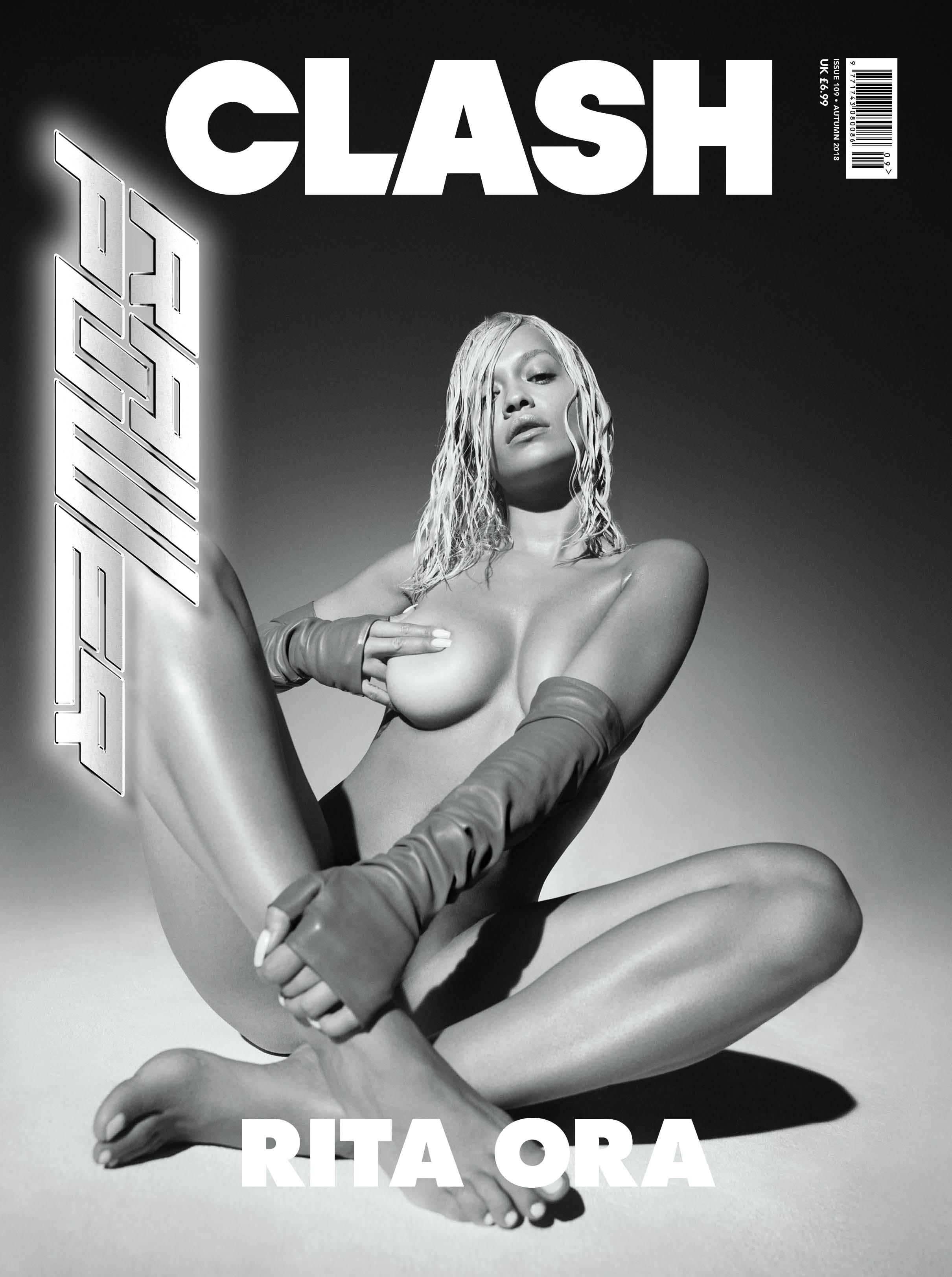 'It was so liberating and exciting…as good as sex' 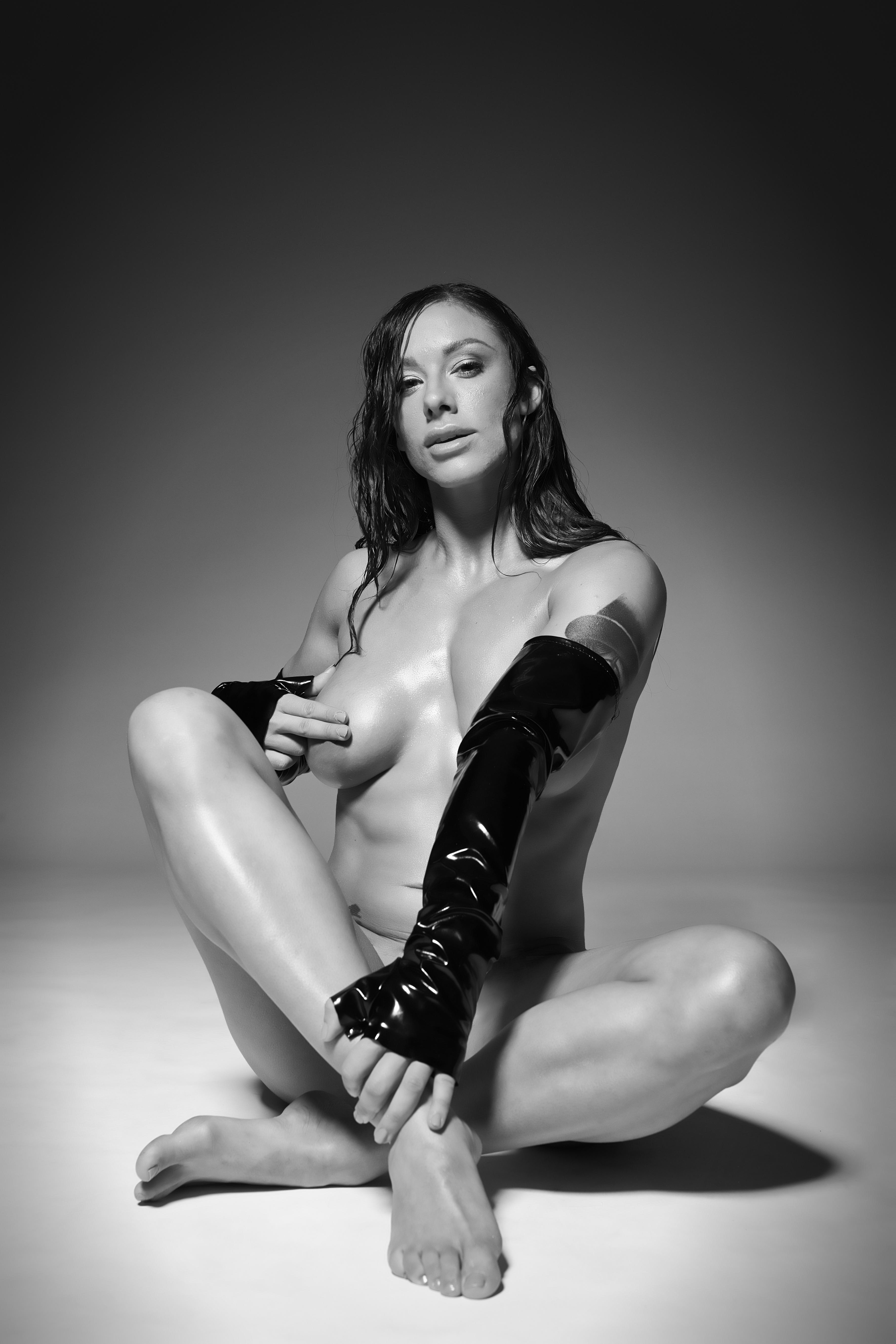 After three years of putting it off, I decided to transform my body in time for Christmas.

I had never been to the gym but now I go six days a week.

Doing this pose is something I would have not considered before. I didn’t like my body and I felt low.

I was worried about any rolls showing but as soon as I got into position it felt amazing.

Posing like this was about showing myself how far I had come.

The pose was like a game of Twister. My bum hurt, my legs ached, my arms hurt – but it was so liberating. And my boyfriend told me I looked hot and amazing.

It’s one of the most liberating and exciting things I have done all year – and as good as sex.'

'My family will be so proud now I have done it' 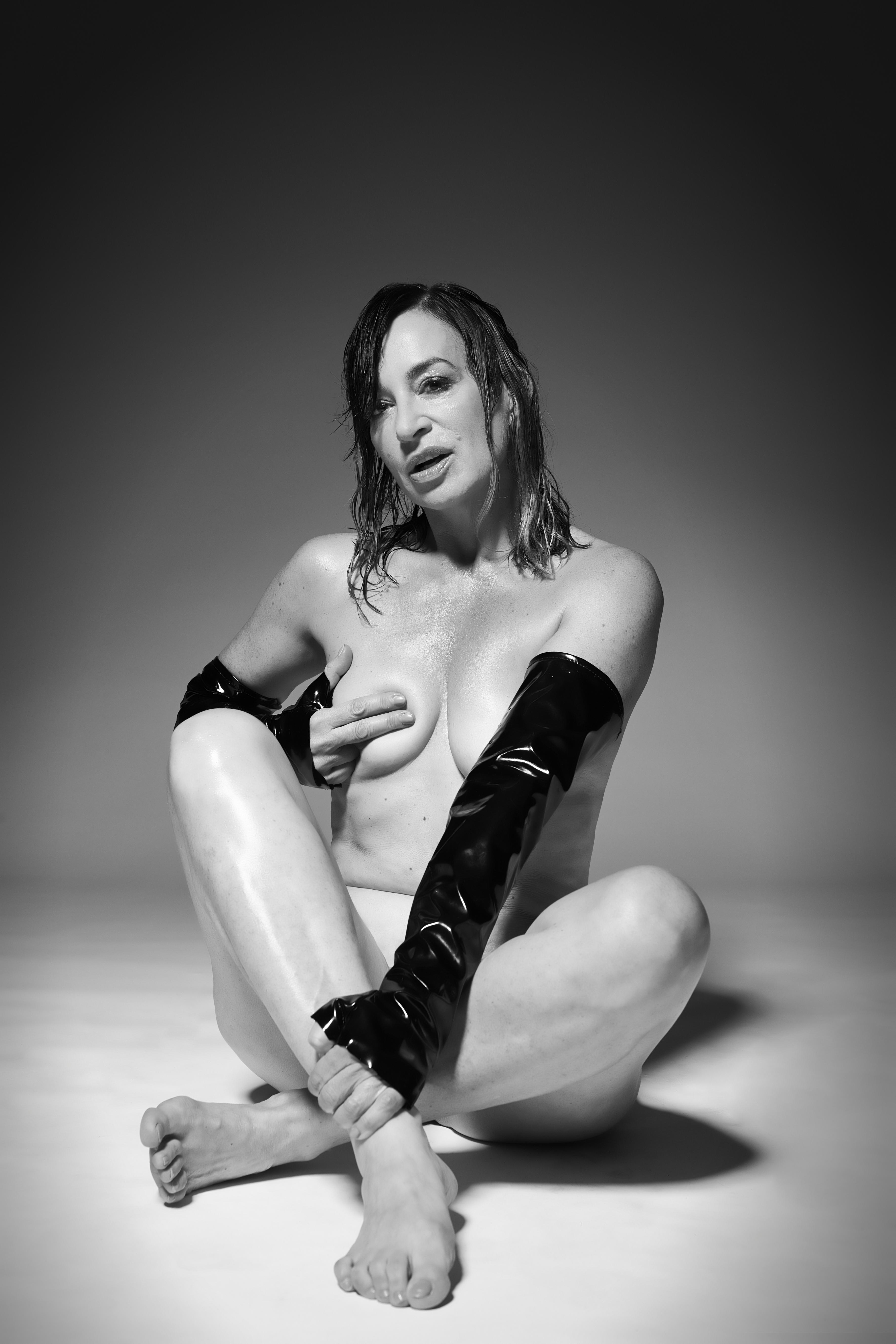 Health therapist Barbara Myers, 48, is surprised how her photoshoot changed her view of her body. Single ­Barbara – a size 12 from West Hampstead, North London – is mum to Luke, 21, Hannah, 18, and Joe, 15. She says:

After having three children I don’t spend any time ­putting my body on show.

I used to dislike my mum tum and I always wear baggy clothes to keep it hidden.

Having three kids meant I didn’t have time for the gym.

Barbara, from North London, said the experience has taught her that she doesn't need clothes to make her feel goodThey are older now so I have time to do dance classes, but I hadn’t stopped to notice the difference it had made to my body.

This shoot forced me to bear all. I often think celebs pose nude just for attention, but when I saw the photo I thought, “Wow – I actually look great.”

My kids and family will be proud of me for doing it.

The excitement took over and I didn’t need any clothes on to make me feel good. I didn’t feel sexy but it taught me to believe in myself.'

'Getting all the angels right was the hardest bit' 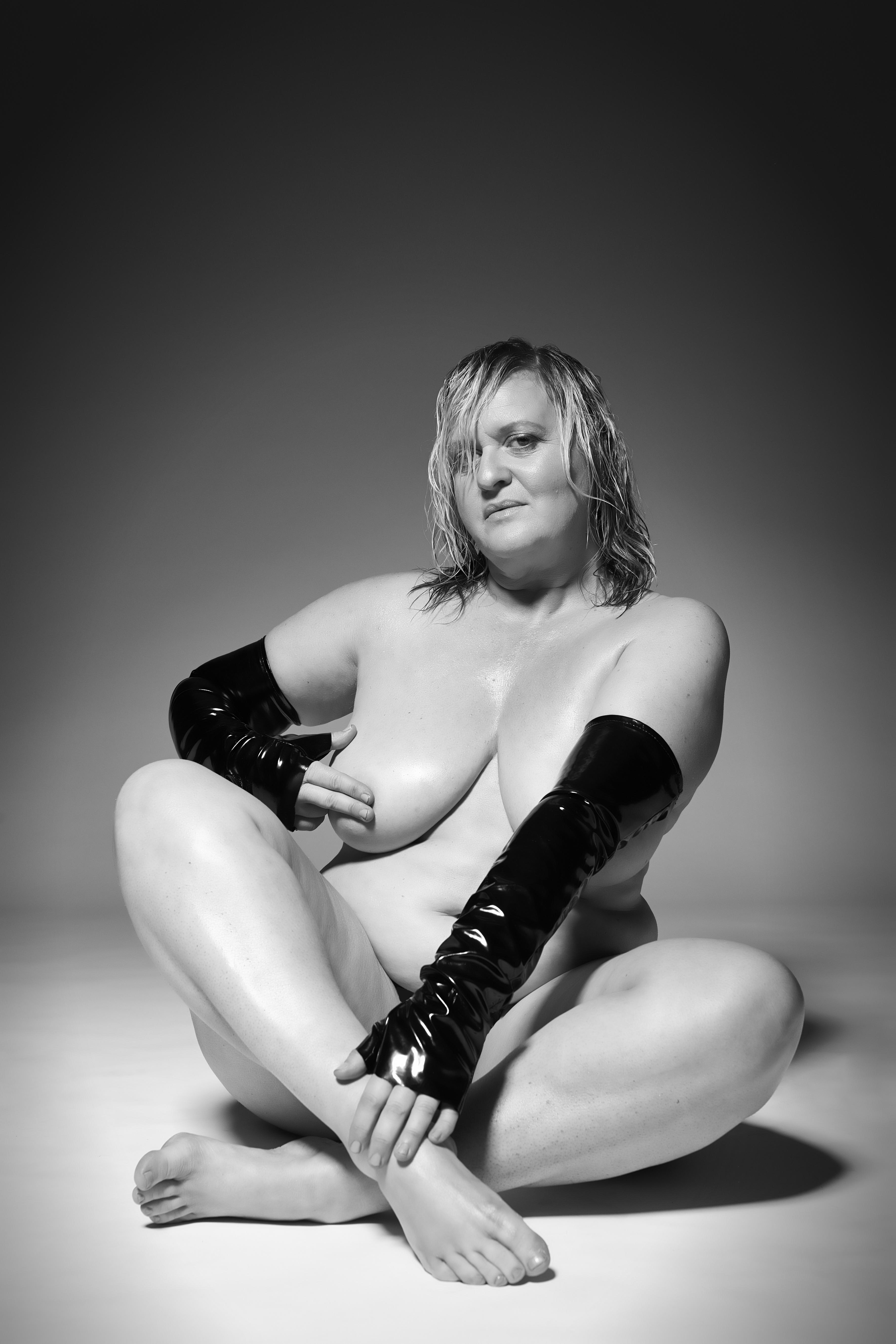 Single Emma Wilson, 49, experienced a newfound confidence when she got glammed up for the shoot. The furniture shop owner, from Maida Vale, North ­London, who is a size 14, says:

I saw Rita’s pic and thought, ‘What a ridiculous pose’. But once I arrived at the photoshoot I decided to throw myself into it and see what happens.

It’s not often you get the chance to be pampered and asked to take your clothes off, especially in your forties.

Just getting my hair and make-up done gave me ­confidence I didn’t know I had.

I have always hated my back fat. I nearly chickened out.

But once I was in position it was fun and most of my tummy was covered. I also realised how much I love my legs.

The hardest thing was ­getting the right angles. Rita makes it look easy but it’s like a complicated yoga pose

Sitting on the floor was pretty painful on my hips but seeing the pictures on the screen gave me a big surge of Adrenalin. 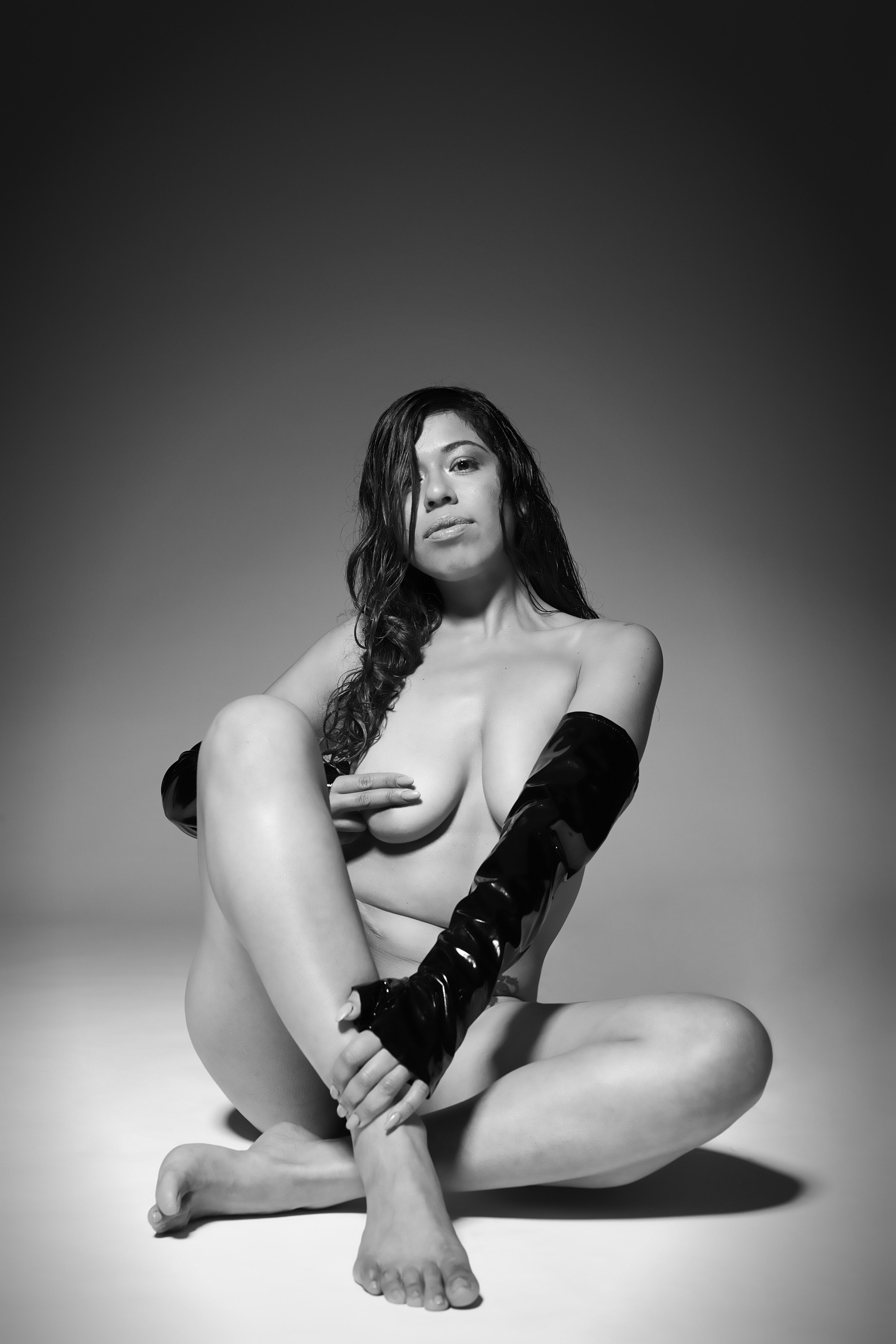 I’m a size 10 and work out three to five times a week, so I like to feel good about my body – but I’d never dream of posing naked.

This type of pose is just so out there. But if you brave it, you can’t help feeling ­confident ­afterwards.

I thought I’d be obsessed with covering my nipple and hiding my bottom flab, but I didn’t feel naked at all.

I may not have had clothes on but I felt like I was wearing confidence – and I didn’t want that feeling to end.

I am going to give my ­husband a signed copy of the photo for Christmas. It is a pose that ladies of all ages and shapes can pull off and feel good about their body.'

'I'll get this pic blown up for my lounge…' 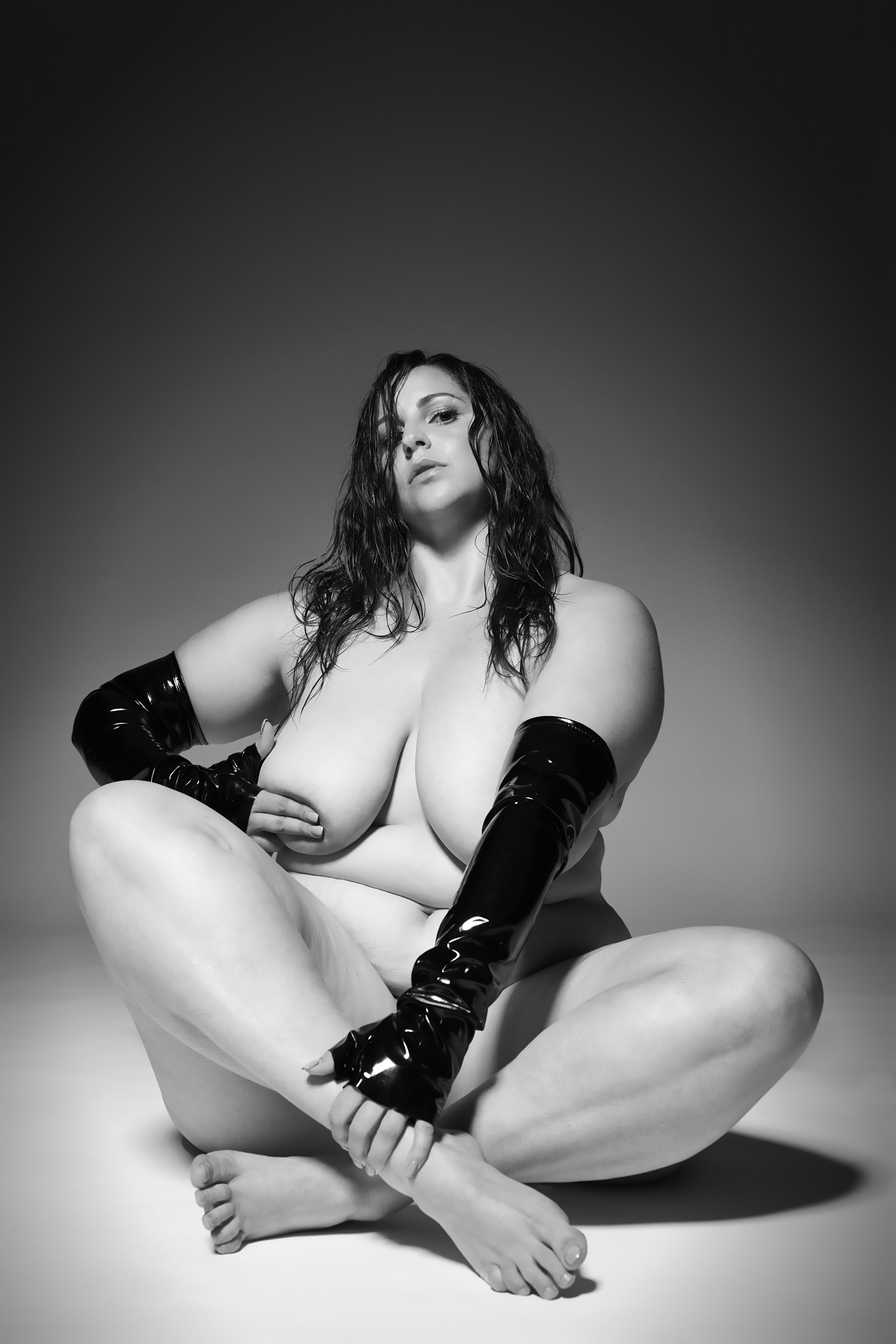 Size 16 Rebecca Deighton says posing nude made her forget about her body hang-ups. The 30-year-old dress shop manager, who lives in Kendal, Cumbria, with builder ­husband Matthew, 33, and their three-year-old son Frasier, says:

I was worried about doing the pose because I reckon I have chunky hips. I am only 5ft 6in and I have stretch marks from being pregnant.

But I was amazed when I saw my photo. It made me look like I had supermodel long legs and my hips were not bad at all.

It was worth the effort of twisting, turning and moving into weird positions. I strained bits of me I never knew existed!

Celebrities have to be fit to do a pose like this. You worry more about ­falling over than being naked.
I love seeing celebs pose nude because they are showing how proud they are of their bodies and life.

They’re selling confidence rather than sex.

I will get this picture blown up for the lounge room wall 7 – I plan to show everybody.'