Patagonia's New Tag Has a Hidden Message: "Vote the Assh*les Out" — Oh, Patagonia, We Hear You 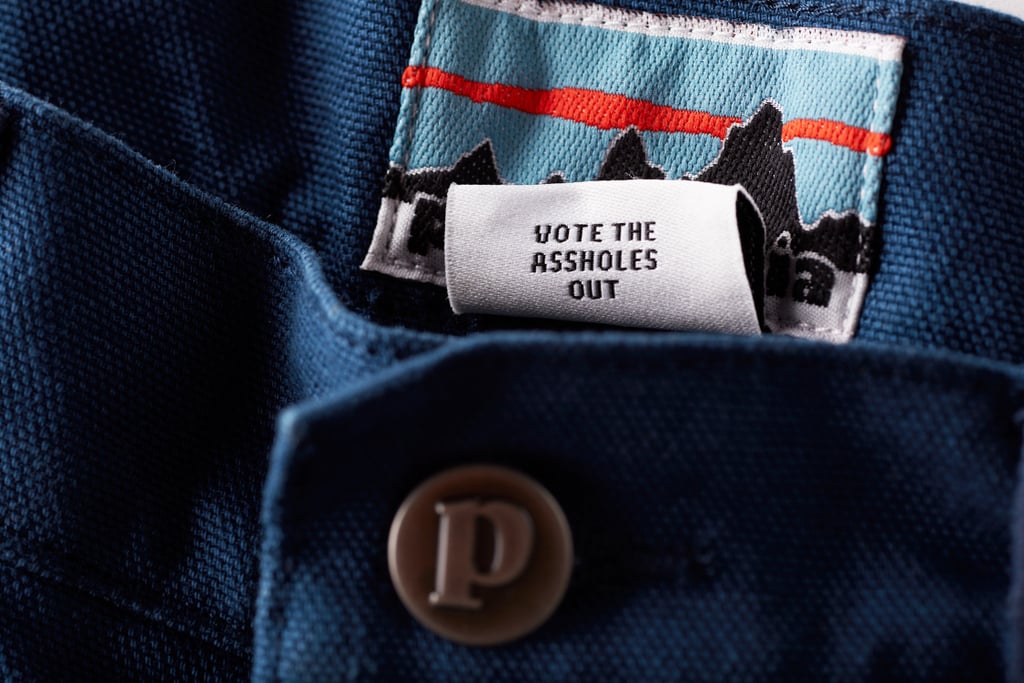 Patagonia’s New Tag Has a Hidden Message: “Vote the Assh*les Out” — Oh, Patagonia, We Hear You

We’re assuming the intention behind Patagonia’s revamped “VOTE THE ASSH*LES OUT” tag was not meant to be hidden for long. If you’ve seen snapshots of the tags circulating on social media, these images are 100 percent real, as confirmed by Patagonia spokesperson Tessa Byars, who told POPSUGAR the message has been sewn onto the tags of the 2020 men’s and women’s Road to Regenerative Organic Stand-Up Shorts. Patagonia chose these shorts specifically because they’re made with Regenerative Organic Certified fabric as part of a mission to help farmers build healthy soil that slows climate change. The company has also been standing up to climate deniers for about as long as it’s been producing these shorts.

As you’re probably well aware, the upcoming 2020 election can impact the future of our planet, and Patagonia wants to drive that point home with its new tags. Yvon Chouinard, founder of Patagonia, signed off a recent letter to the 1% For the Planet community like so: “P.S. Remember, vote the assholes out — all of those politicians who don’t believe we should do anything about climate change. Vote for the planet and against those who would do nothing. We have the power and now is the time to use it.” According to Tessa, it’s a saying Yvon’s been using for years to refer to politicians from any party who ignore science.

The shorts come in Stone Blue and Earthworm Brown, and we are more than ready to pick up both colorways, and then both colorways for our SO, too, all to benefit a company that has been giving back to our environment in more ways than one and making it known with a message that really isn’t so hidden anymore. In fact, we’re game to scream it from the hilltops — while wearing these organic shorts, of course.